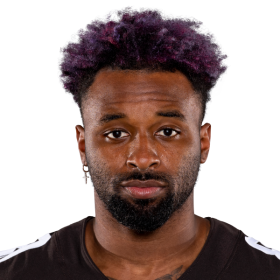 In 2018, Landry hosted his 4th annual Jarvis Landry GiveBack event at his alma mater, Lutcher High School, getting out on the football field and coaching the kids through every drill station out there. He also held a Q&A session with the kids, had a book bag and school supply giveaway, and even presented a Lutcher graduate with a $5,000 scholarship and a TV.

in 2017, Jarvis Landry teamed up with Feeding South Florida, the region’s largest domestic hunger-relief organization, to hand out much-needed household items ranging from food to mattresses. He spent time and shared stories with impacted families, church clergy and volunteer staff.

The Jarvis Landry Building Winners Foundation (JLBWF) is a nonprofit organization dedicated to positively impacting the lives of children and families facing socioeconomic disparities and/or chronic health conditions (Cystic Fibrosis). Founded by NFL superstar Jarvis Landry in 2020, the foundation's mission is to empower, engage and excite those communities through a variety of life-changing programs, special events and charitable initiatives held throughout the year in the greater Cleveland, Miami, and New Orleans areas.

He attended Lutcher High School and during his junior year, he recorded 62 receptions for 1,158 yards and 13 touchdowns. As a senior, he registered 51 catches for 716 yards and 11 touchdowns. During his senior year, he was ranked the nation’s top wide receiver by MaxPreps.com and the fourth-best...

He attended Lutcher High School and during his junior year, he recorded 62 receptions for 1,158 yards and 13 touchdowns. As a senior, he registere...

He attended Lutcher High School and during his junior year, he recorded 62 receptions for 1,158 yards and 13 touchdowns. As a senior, he registered 51 catches for 716 yards and 11 touchdowns. During his senior year, he was ranked the nation’s top wide receiver by MaxPreps.com and the fourth-best receiver by Rivals.com and Scout.com as well as the team’s most valuable player in 2011 Under Armour All-America.

Landry attended Louisiana State University and played for the LSU Tigers and majored in sports administration. As a freshman in 2011, he played in 14 games with one start, recording four receptions for 43 yards. In 2012, as a sophomore, he led the team with 56 receptions for 573 yards and five touchdowns.

In 2013, he served as team captain and earned second-team All-Southeastern. He was also the recipient of the 2013 Charles McClendon Award, which goes to the school’s most valuable player, due to his performance in 13 games with 10 starts recording 77 receptions for 1,193 yards and 10 touchdowns. His 77 catches set a team-high and the third-best season total in school history. The 10 touchdowns ranked third in the SEC and 22nd in the nation. He led the team while ranking third in the league and No. 18 in the nation in yards receiving.

The Miami Dolphins drafted Landry in the second round of the 2014 NFL Draft. In 2014, he played all 16 games with 11 starts as a rookie and recorded 84 receptions for 758 yards with five touchdowns and 34 kickoff returns. His 84 receptions were the most on the team and set a Dolphins rookie record, while his five receiving touchdowns were tied for second-most by a rookie in a single season in franchise history and the fourth in the NFL in average kickoff return average.

On September 27th, he caught 8 passes, setting a new franchise record with 24 catches through a player’s first three games of a season. On December 27th, Laundry caught seven passes for 111 yards and recorded his 100th catch of the year to become the first player in team history to record 100-plus receptions in a season. He recorded his 150th career reception in his 27th career game to become the fastest player to notch 150 receptions in franchise history, and he was selected to the Pro Bowl for the first time.

During the 2016 season, he started all 16 games and recorded 94 receptions for 1,136 yards and four touchdowns. His 94 receptions tied for seventh in the NFL in 2016, while his 1,136 receiving yards were 10th. He became the second-fastest player in team history to reach 2,000 career receiving yards in only 34 games, and became the only player in Miami history to record three career regular-season games with 11 or more catches and was selected for the second consecutive year for the Pro Bowl.

Laundry became the NFL’s all-time leader in most receptions during the first four years of a career. He also became the fourth player in NFL history to record five-plus receptions in all 16 games of a season, and for the third consecutive season, he was selected to the Pro Bowl. During the 2018 season, he became the first Brown since 1991 with a 50-yard rush and 50-yard catch in the same game, he also has the second-longest active strike in the NFL with at least 2 receptions in his past 79 games. He led the team in receptions with 81 and receiving yards with 976 and his total combine of 481 receptions are most all-time by an NFL player through his first five seasons. 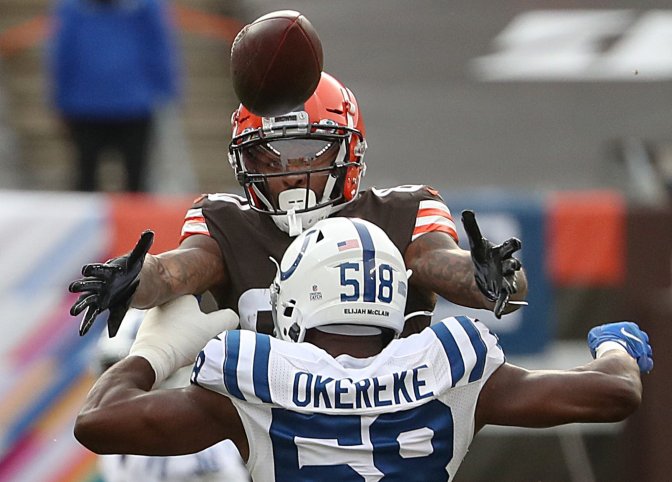 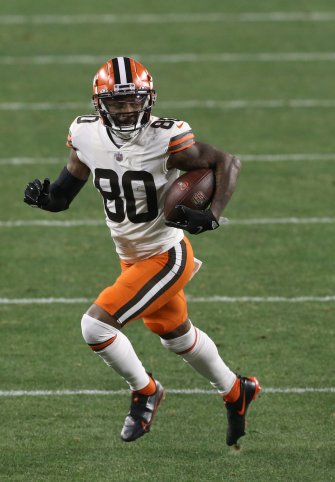 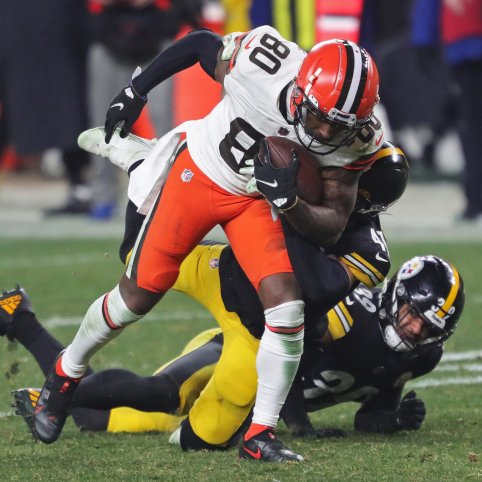 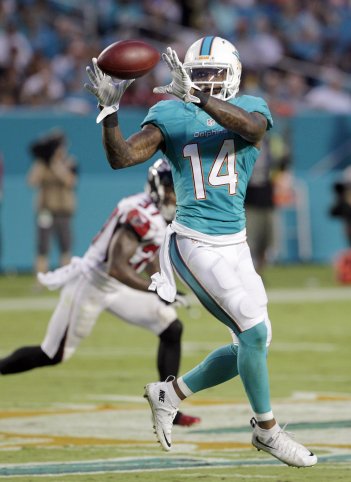 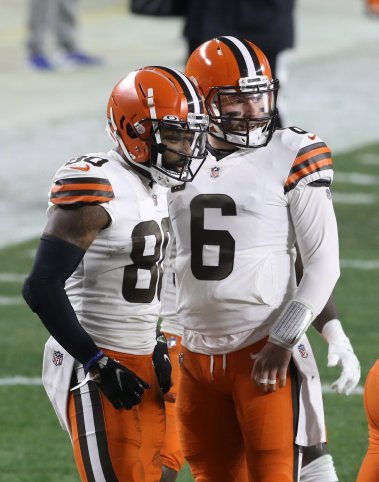 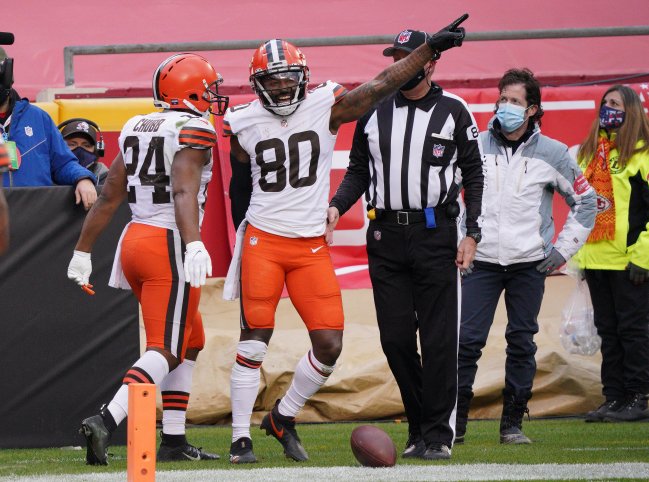 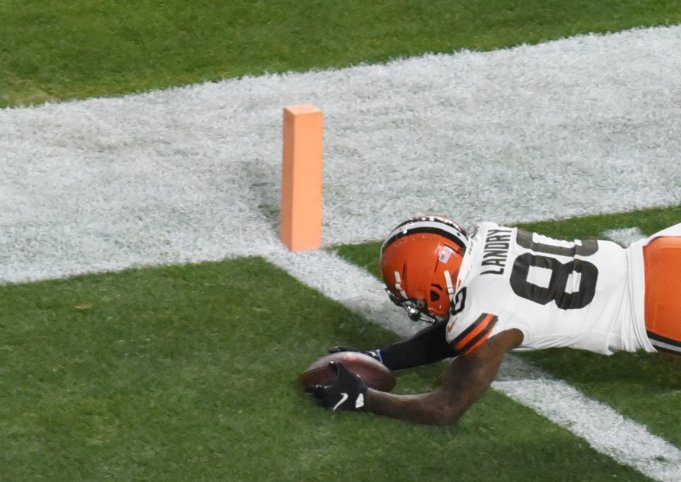 More people want to see you fail than people who will actually help you get to another level….