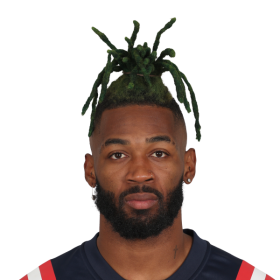 During high school Mills led DeSoto to a 10-2 record his senior season, losing to Dallas-Skyline in the second round of the state playoffs, registering 26 tackles, one interception ...

At his freshman season on 2012, he started all 13 games at cornerback. He ranked fourth on the team with 57 total tackles, added two interceptions and five pass breakups for an LSU defense that ranked among the national leaders in total defense (No. 8 at 307.6 yards per game) and pass efficiency defense (No. 11 with 107.78 rating). Mills stepped in for the dismissed Tyrann Mathieu and played like a veteran from the start, he had four tackles in win over North Texas in first college game, followed that with an interception, a pass breakup and seven tackles in win over Washington a week later and had six tackles and another interception in week 3 vs. Idaho. He also had career-best nine tackles to go with a pair of pass breakups in road win over Arkansas and closed season with five solo tackles in bowl game vs. Clemson.

For his sophomore season at 2013, he picked up 67 tackles, three sacks and three interceptions over his 13 starts. The three interceptions tied with Craig Loston for the team lead, while the three sacks tied for second on the squad. The 67 tackles checked in third on the team, posted five solo stops, one interception and one pass breakup during the season-opening win over TCU, added five tackles and his second interception of the season versus Auburn, secured seven tackles which included the first sack of his career and finished with 1.5 tackles for loss against Florida, registered six tackles and a pair of sacks at Ole Miss, and equaled his career-high with nine tackles at Alabama and against Arkansas. The nine tackles tied for the team lead, and he also notched his third INT of the season versus the Razorbacks and garnered six stops and a half tackle for loss against Iowa in the Outback Bowl in what was his first career start at safety.

On 2014, Jalen started 12 games at safety and one at nickel back, finishing the year with 62 tackles, 3.0 tackles for losses and five pass breakups, adding an interception, a pair of quarterback hurries and a fumble recovery. He opened the season with four tackles, an interception and a quarterback hurry in comeback win over No. 14 Wisconsin, had an interception against Wisconsin came in fourth quarter and eventually led to LSU’s go-ahead touchdown with just under 10 minutes left in the contest and his quarterback hurry against the Badgers came on their next possession and resulted in fellow safety Ronald Martin’s interception. Mills collected seven tackles versus Mississippi State and at Auburn, recovered a fumble against New Mexico State and returned it 36 yards, tacked on six tackles which included 1.5 stops for loss versus Kentucky, picked up six tackles against No. 4 Alabama and garnered seven tackles at Texas A&M.

During senior season at 2015, played in seven games with six starts, missed first five games of season with a broken ankle suffered during preseason practice but returned to action against Florida in a backup role. Jalen started the following week against Western Kentucky and remained in the lineup the rest of the season, finished the year with 30 tackles, one sack and three pass breakups, had best game of year against Alabama with nine tackles, including a sack for a 10-yard loss, added seven tackles a win later against Arkansas and had six tackles in back-to-back games against Ole Miss and Texas A&M.

Coming out of LSU, Mills draft projection varied as NFL draft experts and scouts were split. NFL analyst Mel Kiper, CBS Sports, and other draft analysts projected him to be selected as early as the second or third round, while others projected a sixth or seventh round selection.

He received an invitation to the NFL combine and completed all of the required combine drills. His 40-yard dash time was mediocre and tied for 33rd among all defensive back prospects. On March 14, 2016, he participated at LSU's pro day and opted to have another attempt at the 40, 20, and 10-yard dash. Mills raised his draft stock after lowering his 40-yard dash time (4.48)

On September 11, 2016, Mills made his professional regular season debut in the Philadelphia Eagles' season-opener against the Cleveland Browns and he recorded two solo tackles in the 29–10 victory. The following week, Mills collected a season-high six solo tackles and defended a pass during a 29–14 win over the Chicago Bears. On October 16, 2016, he earned his first career start and recorded a season-high seven combined tackles and two pass deflections during a 20–27 loss to the Washington Redskins. Overall, he played in all 16 games with two starts as a rookie, recording 61 combined tackles (51 solo) and seven passes defensed.

On September 10, 2017, Mills recorded nine combined tackles, two pass deflections, and made his first career interception off of a pass attempt by Kirk Cousins during a 30–17 win against the Washington Redskins in the Eagles' season-opener. He made the interception in the end-zone and returned it for 15-yards. In a Week 3 matchup against the New York Giants, Mills recorded a season-high 12 combined tackles and deflected two passes in a 27-24 victory. On October 12, 2017, in Week 6, Mills collected four combined tackles, deflected a pass, and intercepted a pass attempt from Cam Newton in a 28–23 win over the Carolina Panthers on Thursday Night Football.

On October 29, 2017, in Week 8 against the San Francisco 49ers, Mills recorded three combined tackles, a deflected pass, a tackle for a loss, and intercepted a pass attempt that he returned for a touchdown. For this, he was named NFC Defensive Player of the Week.

On January 21, 2018 in the NFC Championship Mills has 3 tackles, one pass deflection and only gave up two passes for 27 yards in the Eagles’ 38–7 rout of the Minnesota Vikings. Mills appeared in his first career Super Bowl and the Eagles’ 3rd appearance in franchise history, which they would later win against the Patriots, 41-33.

Mills entered the 2018 season as a starting cornerback for the Eagles. He started the first eight games before suffering a foot injury in Week 8. He missed the next four games before being placed on injured reserve on December 8, 2018. 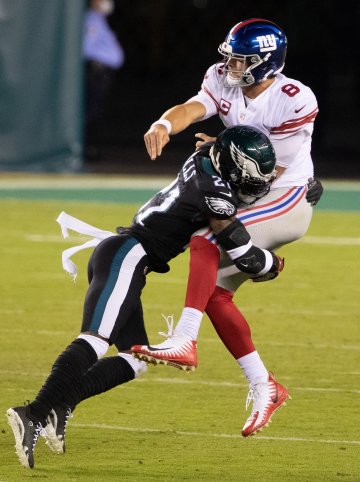 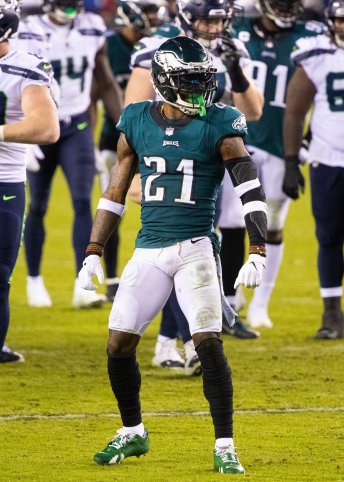 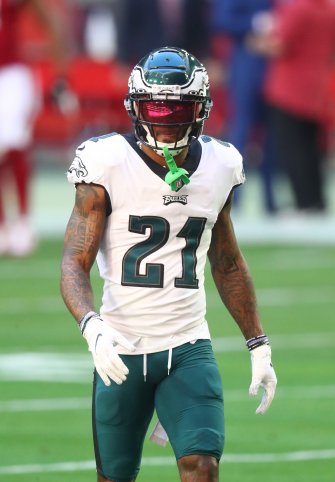 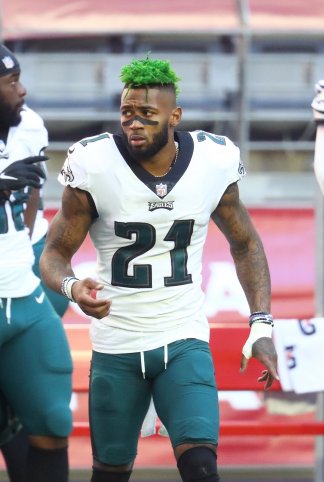 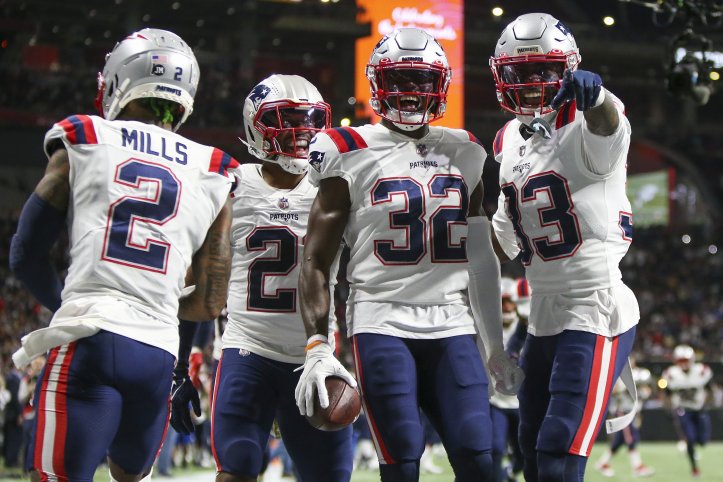 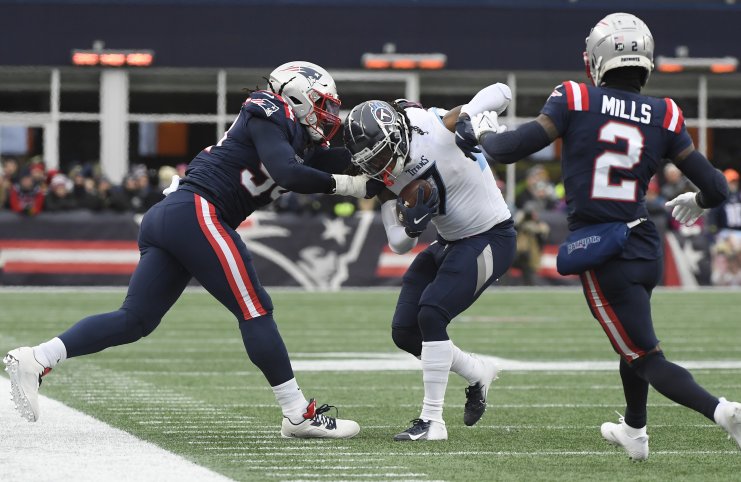 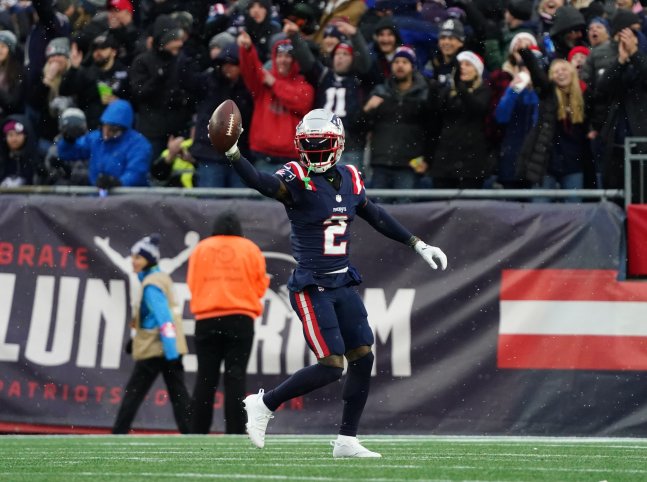 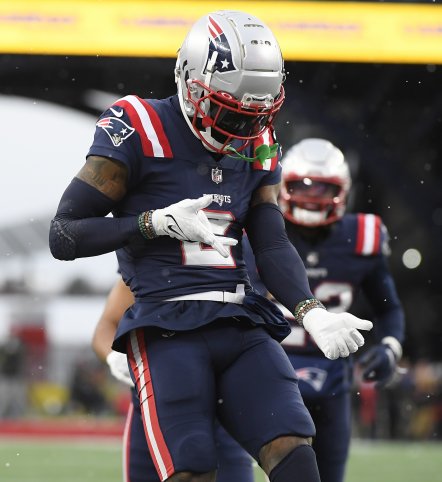