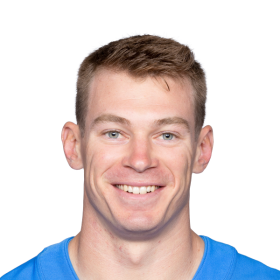 At high school, Stick started at quarterback for two years at Creighton Prep and head coach Chris Nizzi, being named first team all-state and Super-State as a senior, Academic all-state and all-district in 2012 and 2013 and Super Six selection by Omaha World Herald before...

At high school, Stick started at quarterback for two years at Creighton Prep and head coach Chris Nizzi, being named first team all-state and Super-State as a senior, Academic all-state and all-district in 2012 and 2013 and Super Six selection by Omaha World Herald before senior season. He holds majority of school passing records, passing for over 2,000 yards in 2012 and 2013, threw for 37 touchdowns and was picked off nine times during prep career. Stick also rushed for over 950 yards and 23 touchdowns on the ground. Named team captain for two years, and helped Creighton Prep advance to the state semifinals as a junior and quarterfinals as a senior. Easton was the Offensive MVP of the 2014 Nebraska Shrine Game passing for 124 yards and rushing for 94 yards and a TD. Easton was also a member of baseball team, he lettered in track and field.

During college at the 2014 season, he was part of the Bison travel squad all season but sat out all 16 games as a redshirt, being named to the MVFC Honor Roll.

On the 2015 season, Stick was named to the Missouri Valley Football Conference All-Newcomer Team, he went 8-0 as the starting quarterback after an injury to NFL draft pick Carson Wentz. He took over after a 4-2 start, won back-to-back road games at Indiana State and Southern Illinois in his first two starts, and marched the Bison through the NCAA semifinals en route to a fifth straight national championship. Easton was named MVFC Newcomer of the Week after accounting for three touchdowns in his debut at Indiana State, where he rushed 17 times for 124 yards and two scores and went 9 of 20 passing with a TD.

He was NDSU’s first 100-yard rusher of the season and followed with 130 yards at SIU to become the first NDSU quarterback with back-to-back 100-yard rushing games since Kevin Feeney in October 1996. He appeared in 11 games altogether, finishing 90 of 147 passing for 1,144 yards and 13 TDs with four interceptions. He was an MVFC Commissioner’s Academic Excellence Award and MVFC Honor Roll.

For the 2016 season, Stick started all 14 games at quarterback and was the first sophomore elected team captain since 2005 quarterback Steve Walker. He got an honorable mention to the All-Missouri Valley Football Conference team and went 169 of 288 passing for 2,331 yards with 19 touchdowns and nine interceptions. NDSU’s third leading rusher with 113 carries for 685 yards and seven scores, and averaged 6.1 yards per carry with a long of 52 yards. Easton ranked sixth in the MVFC in total offense (215.4 ypg), led the league in yards per completion (13.79) and was second in passing efficiency (142.2.). He passed for at least one TD in 11 of 14 games. He won MVFC All-Academic first team and MVFC Commissioner’s Academic Excellence Award and MVFC Honor Roll.

Following the 2017 season, he was named the team captain, and made all 15 starts at quarterback, leading North Dakota State to its sixth NCAA Division I football national championship in seven years. He was also named the Most Outstanding Player in the 17-13 national championship win over James Madison. He went 13 of 22 passing for 130 yards and one touchdown in the title game. NDSU had seven victories over FCS Top 10 ranked teams. Easton got honorable mention to the All-Missouri Valley Football Conference team, the College Football Performance Awards FCS National Performer of the Year and got career-best 62.1 completion percentage.

Stick completed 164 of 264 passes for 2,466 yards, 28 touchdowns and eight interceptions, and was NDSU’s fourth-leading rusher with 663 yards and tied for the team lead with 12 rushing touchdowns, averaging 5.9 yards per carry and had a school-record 152 consecutive pass attempts without interception. He moved into third place all-time at NDSU for career passing attempts, completions, yards and touchdowns. And was named MVFC Offensive Player of the Week after completing his first 11 passes and finishing 11 of 12 for 307 yards and a TD in the win over South Dakota. Easton also rushed seven times for 39 yards and a TD against USD, and set NDSU postseason records for touchdown passes in a game (4 vs. Sam Houston State) and in a single postseason (11). Stcik was named MVFC All-Academic first team, MVFC President's Council Academic Award, MVFC Commissioner's Academic Excellence Award and MVFC Honor Roll.

He was also accounted for 321 yards of total offense and four TDs in the win over Delaware, and went 17 of 26 passing for 280 yards and rushed five times for 41 yards and two TDs. He had a school record-tying five TD passes all in the first half of win at Missouri State, where his 13 straight passing completions to start the game was the fourth longest streak in school history, finishing the season with 175 of 281 passing for 2,752 yards and 28 touchdowns, rushing 117 times for 677 yards and 17 TDs and holds a school-record of 45 total touchdowns responsible for and an NDSU single-season record 172.4 pass efficiency rating. His 3,429 yards of total offense were second in team history.

In four NCAA playoff games, he completed 71 percent of his passes going 46 of 65 for 658 yards and six touchdowns. And led the Bison in rushing attempts in the postseason, carrying 41 times for 275 yards and six TDs averaging 6.7 yards per carry. He was back-to-back 100-yard rushing games in the national semifinals and championship, rushed 16 times for 147 yards and three touchdowns in the semifinal win over South Dakota State while going 12 of 15 passing for 169 yards and one TD.. He was named to the Allstate AFCA Good Works Team for his work on the field, in the classroom and in the community. Easton was also a finalist for the National Football Foundation William V. Campbell Trophy, recognizing the top scholar-athlete in college football and got voted to the Google Cloud Academic All-America second team by CoSIDA, and MVFC All-Academic first team for the third straight season.

Stick was drafted by the Los Angeles Chargers in the fifth round (166th overall) in the 2019 NFL Draft.