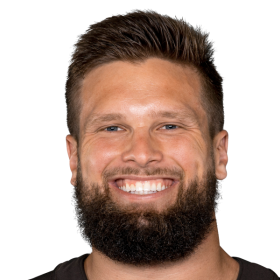 The mission of The ChadTough Foundation is to inspire and fund game-changing research to discover effective treatments for pediatric brain cancer, with an emphasis on Diffuse Intrinsic Pontine Glioma (DIPG). Chase Winovich partnered with this association since 2017.

He attended Thomas Jefferson High School and was coached by Bill Cherpak, playing linebacker and quarterback. As a sophomore in 2015, he won Academic All-Big Ten, appeared in six games, making two special teams tackles, earning his first varsity letter, a...

He attended Thomas Jefferson High School and was coached by Bill Cherpak, playing linebacker and quarterb...

He attended Thomas Jefferson High School and was coached by Bill Cherpak, playing linebacker and quarterback. As a sophomore in 2015, he won Academic All-Big Ten, appeared in six games, making two special teams tackles, earning his first varsity letter, at Utah (Sept. 3) he made his collegiate debut, at Penn State (Nov. 21), he recorded one tackle and at Florida (Jan. 1) he tallied one tackle.

During his junior season in 2016, he won Academic All-Big ten Conference and was the team's Defensive Lineman of the Game against Maryland. He played in all 13 games, starting two contests at defensive end and earned his second varsity letter, saw playing time against Hawaii (Sept. 3), recording seven tackles, made his first career start vs. UCF, recording six tackles, one sack and forced one fumble, assisted on three tackles in start vs. Colorado (Sept. 17), tallied two tackles, 1.5 TFLs and one sack against Penn State (Sept. 24), and assisted on one-stop vs. Wisconsin (Oct. 1).

He made four tackles and an assisted TFL at Rutgers (Oct. 8), made one TFL against Illinois (Oct. 22), contributed two tackles to the effort against Michigan State (Oct. 29), did five stops and had one sack against Maryland (Nov. 5) and was named Defensive Lineman of the Week, registered one sack, a tackle for loss, and a sack against both Iowa (Nov. 12) and Indiana (Nov. 19), assisted on one tackle at Ohio State (Nov. 26), tallied one tackle for loss vs. Florida State in the Orange Bowl (Dec. 30), and registered a sack in three of the final five games.

He played in all 13 games with 13 starts and led the defensive line with 79 tackles, 18.0 TFLs and 8.0 sacks and earned his third varsity letter, was named Defensive Player of the Game in the win over Purdue, earned Defensive Lineman of the Game honors after wins against Florida, Air Force and Purdue and shared co-honors with teammates Mo Hurst and Rashan Gary after the win at Maryland, delivered the Hit of the Game against Florida, Indiana and Rutgers, was named Big Hit of the Week against Minnesota, Walter Camp National Player of the Week on Defense and Big Ten Co-Defensive Player of the Week after the game against Purdue and Pro Football Focus College Big Ten Defensive Team of the Week honoree against Purdue, Indiana, Rutgers and Minnesota.

He set a career-high with eight tackles including four solo stops and also set new career-bests in tackles for loss (3.5) and sacks (2.5) against Purdue (Sept. 23) and also contributed on special teams, made a career-high nine stops against Michigan State (Oct. 7), registering one quarterback hurry, had a seven-tackle effort at Indiana (Oct. 14), including a career-best five solo tackles with 0.5 for loss, totaled four tackles at Penn State (Oct. 21) with two solo stops and one for loss, forced a fumble, made 1.5 sacks/ tackles for loss and finished with three tackles overall against Rutgers (Oct. 28), made three stops against Minnesota (Nov. 4) with 0.5 tackles for loss, one fumble recovery and a quarterback hurry, made a total of six tackles at Maryland (Nov. 11), posting 4.0 for loss, was in on eight total tackles at Wisconsin (Nov. 18), including 2.0 for loss, made 10 total tackles against Ohio State (Nov. 25), with 1.5 for loss and 1.0 sack, and made five stops in the Outback Bowl against South Carolina (Jan. 1), and was credited one sack, one fumble recovery and a quarterback hurry.

On his fifth-year, as a senior in 2018, he started in all 13 games along the defensive line; totaled 69 total tackles, 17 for loss, and five sacks to earn his fourth varsity letter, and won Associated Press All-American (third team), American Football Coaches Association (AFCA) All-American (second team), was a semifinalist at Chuck Bednarik Award, won All-Big Ten selection (first team, coaches and media), All-Big Ten selection by the Associated Press (first team), and accepted an invitation to play in the Reese's Senior Bowl.

He was also named to Pro Football Focus College's national team (Edge) after his performances against Notre Dame and Penn State, got recognized as Pro Football Focus College's All-Big Ten Defensive team (Edge) after his games against Notre Dame, Nebraska, Northwestern, Michigan State, and Penn State, was a recipient of the Bo Schembechler MVP Team Award, a recipient of the Richard Katcher Award, presented to Michigan's most outstanding defensive lineman or outside linebacker, made eight tackles with three solo stops at Notre Dame (Sept. 1), including 3.0 tackles for loss and 0.5 sacks, also was credited with a pair of quarterback hurries in the game, registered three tackles with 0.5 for loss while starting at defensive end against Western Michigan (Sept. 8), matched his career-high with 10 tackles against SMU (Sept. 15) with four solo stops, including three for loss with half a sack and one pass breakup, made two solo tackles against Nebraska (Sept. 22) with one for loss, including a sack, and set a new career-high with eight solo tackles (nine total) at Northwestern (Sept. 29), including 3.0 for loss and one sack.

Winovich contributed three tackles against Maryland (Oct. 6), was credited with one quarterback hurry to go with his four tackles against Wisconsin (Oct. 13), assisted on four tackles including 0.5 for loss, adding three quarterback hurries at Michigan State (Oct. 20), made two tackles against Penn State (Nov. 3) with a six-yard sack and also recovered a fumble, was credited with six total tackles, tied for the team lead, playing along the defensive line and on special teams at Rutgers (Nov. 10), made seven tackles with 1.5 for loss before leaving the game with an injury against Indiana (Nov. 17), registered one tackle for loss among his four stops at Ohio State (Nov. 24), and contributed seven tackles, including a team-high three for loss with one sack against Florida in the Chick-Fil-A Peach Bowl (Dec. 29).

Winovich works with Tammi Carr and The ChadTough Foundation to raise awareness of and money for research on diffuse intrinsic pontine glioma (DIPG), an inoperable malignant tumor of the brainstem. (Carr's son, Chad, the grandson of former Michigan head football coach Lloyd Carr, died of DIPG in November 2015 at age 5.)

Since teaming up with The ChadTough Foundation prior to the 2017 Michigan football season, Winovich has worked to increase awareness about DIPG. In December 2017, Winovich and several of his teammates and coaches dyed their hair orange for the 2018 Outback Bowl in order to raise over $200,000 for the ChadTough Foundation. He has also participated in Dancing with the Michigan Stars, which raised over $143,000. 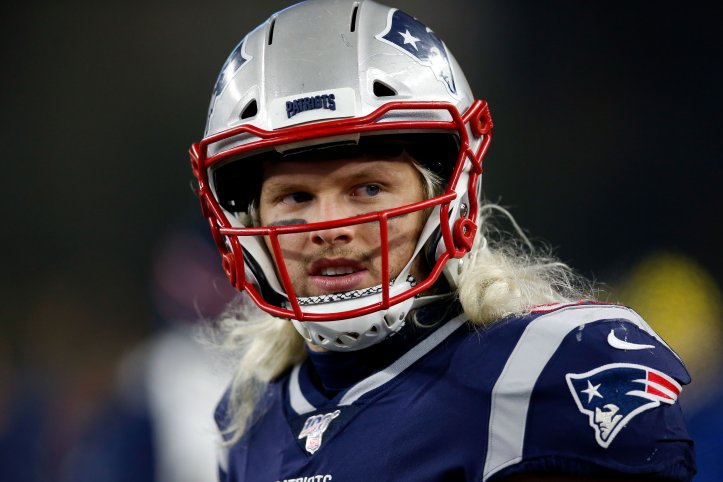 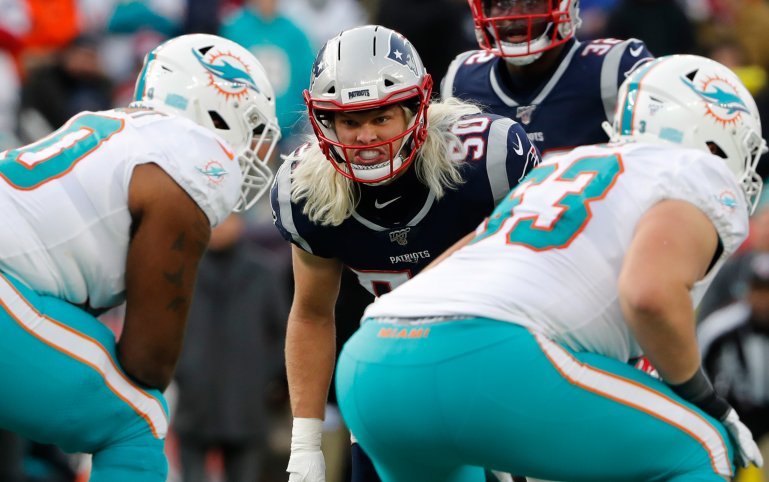 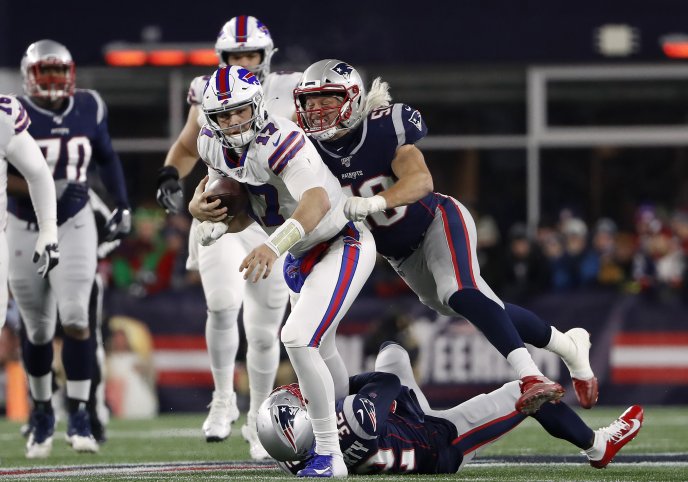 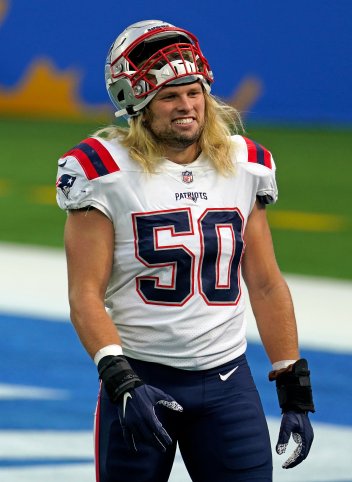