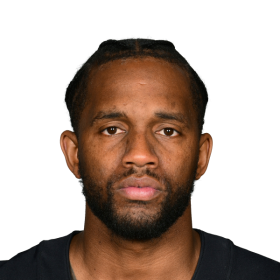 Casey Hayward Jr. was born on September 9, 1989, in Perry, Georgia. He studied at the University of Vanderbilt and is a cornerback that has played in multiple teams throughout his NFL career such as the Green Bay Packers, Los Angeles Chargers, and currently the Las Vegas Raiders of the National Football League. In his early years, Hayward attended Perry High School where he was a three-year starte...

Casey Hayward Jr. was born on September 9, 1989, in Perry, Georgia. He studied at the University of Vanderbilt and is a cornerback that has played in multiple teams throughout his NFL career such as the Green Bay Packers, Los Angeles Chargers, and cu...

Casey Hayward Jr. was born on September 9, 1989, in Perry, Georgia. He studied at the University of Vanderbilt and is a cornerback that has played in multiple teams throughout his NFL career such as the Green Bay Packers, Los Angeles Chargers, and currently the Las Vegas Raiders of the National Football League. In his early years, Hayward attended Perry High School where he was a three-year starter at quarterback and also played several games at cornerback. As a senior, he led his team to the state quarterfinals by passing for 1,300 yards and 18 touchdowns as well as rushing for 1,284 yards and another 18 touchdowns. He also had four interceptions, three of which he returned for touchdowns. His performance named him the Region 4-AAA Player of the Year and he was also named an All-State defensive back and an All-middle Georgia player.

After finishing high school, Hayward committed to the University of Vanderbilt to play college football. As a freshman, he made his permanent move to cornerback as a Nickleback and also on special teams. In 2009, he was promoted to the starting role and played in every game and was named the defensive player of the week against LSU after contributing 13 tackles where eight of them were solo, with 4 for a loss. He was also named the team's most valuable defensive back. In the 2010 season, Hayward continued to make an impact by starting every game of the season. He had six interceptions, 70 tackles where 59 of them were solo, and 17 passes defended, ranking first in the SEC and 3rd in the NCAA for passes defended.  His performance earned him a spot on the second-team All-SEC as a defensive back by the coaches and media. During his final season as a Vanderbilt Commodore, Hayward tied the career record for interceptions at 15 and also made 62 tackles, and had seven interceptions, the third-highest single-season total by a Vanderbilt player. He was also named a mid-season All-American by Sports Illustrated and by the end of the season, Hayward was named a second-team All-American by the Walter Camp Foundation, becoming the first Vanderbilt All-American in four years.

On January 9, 2012, it was announced that Hayward had accepted his invitation to play in the 2012 Senior Bowl, and was one of 59 collegiate defensive backs to attend the NFL Scouting Combine in Indianapolis, Indiana. Hayward was projected to be a second or third-round pick by NFL draft experts and analysts. He was ranked the as the fourth-best cornerback prospect by NFL analyst Mike Mayock, was ranked the ninth-best cornerback by NFLDraftScout.com, and was ranked the 12th best cornerback by NFL analyst Gil Brandt. Hayward was selected in the second round of the 2012 NFL Draft by the Green Bay Packers making him the highest Vanderbilt's defensive back drafted since Fred Vinson in 1999. On May 11, 2012, the Green Bay Packers signed Hayward to a four-year and was named as the third cornerback to start the regular season. He made his professional regular-season debut in the teams game opener against the San Francisco 49ers where he recorded one tackle, and he made his first career interception against the Indianapolis Colts on October 7, 2012. In Week 7, Hayward earned his first career start where he recorded three solo tackles, a pass deflection, and an interception against the St. Louis Rams. During the month of October 2012, he won the NFL Defensive Rookie of the Month, having intercepted four passes three games and finished third for NFL Defensive Rookie of the Year and was named to the NFL All-Joes team. He finished his rookie season with 53 combined tackles where 40 of them were solo, 22 pass deflections, and six interceptions in 16 games. On January 5, 2013, he played his first playoff game where he collected four solo tackles and earned the highest overall grade of any slot corner ever graded by Pro Football Focus.

In 2017, Hayward was named the starting cornerback alongside Jason Verrett to start the regular season. He finished the 2017 season with a total of 40 combined tackles with 33 solo tackles, a career-high 22 pass breakups, and four interceptions in 16 games and 16 starts. On December 19, 2017, Hayward was named to his second Pro Bowl and was given an overall grade of 96.4 by Pro Football Focus. His overall grade was first among all qualifying cornerbacks for 2017 and PFF also voted him the top coverage defender of the season and he was ranked 59th by his fellow players on the NFL Top 100 Players of 2018. On March 11, 2018, the Los Angeles Chargers signed Hayward to a three-year contract extension. He signed with the Las Vegas Raiders in 2021. 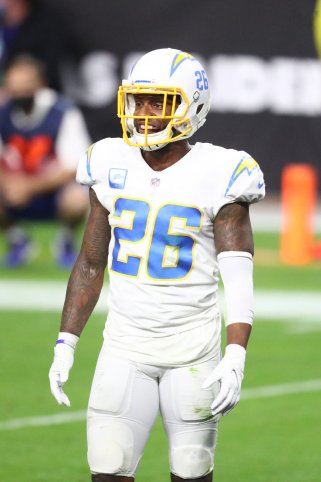 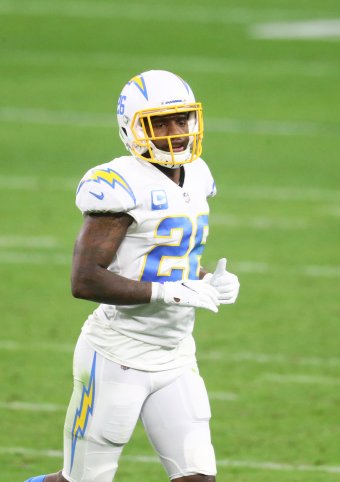 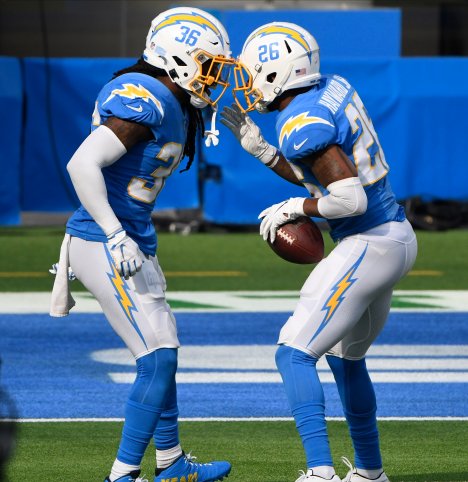 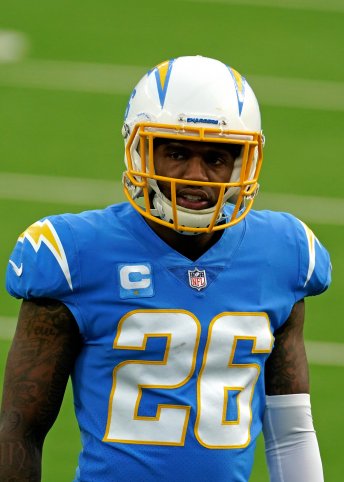 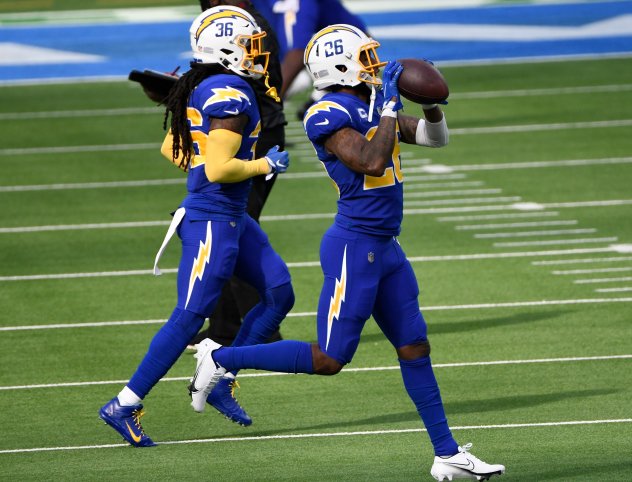 RT @UWSN: We were honored to partner with @show_case29 and @HaywardsHands to help provide meals to Southern Nevada families this holiday se…

RT @NFLonCBS: "Why not go back and give that same love out to the same community that's supporting you?" 9 years ago, Casey Hayward and hi…