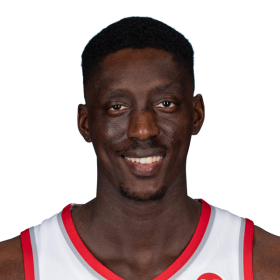 ONE PLAN “My plan A is my plan B.” Less than two hours before boarding a plane bound for Hong Kong, where he’d spend the next two weeks enjoying the offseason, Tony Snell could not find his phone. Snell did not panic, nor did he fear the Instagram opportunities he’d miss without his phone's camera. He left his cherry-red Blackberry in the cupholder of a midsize rental car in Los Angeles, and he could care less. “I was gone for two weeks and I didn't really care about my phone. I was willing to lose that one and get another one,” Snell said. The hype around social media does not appeal to Snell. He sees how it affects those he cares about. These days, everyone is looking at a screen, and regular conversations are rare without a phone in-hand. Growing up in Watts, CA, Snell focused on what mattered most: giving himself and his family a better opportunity. He had just one goal in mind, and that was to make it into the NBA. “I was always on one thing: Plan A is my plan B, which is basketball. This is what I'm sticking with. I’m literally putting my life on the line,” Snell said. “I’m dedicating it to this sport that I actually love.” This dedication has led Snell to where he is now. The first round draft pick currently plays for the Detroit Pistons, and even after playing in his seventh NBA season he still has the same mindset when it comes to social media. “Back then, we had no social media. Our social media was going outside to the playgrounds. Being free to do whatever you want. The first thing that got me to meet friends was basketball. Going to the parks and seeing kids from all over the place, and you just be yourself and be accepted,” Snell said. His work paid off, and now he’s using his influence to make his community a better place. Snell and his family founded the Tony Snell Foundation as a way to give back to areas in need and to further young kids’ basketball development. “Me and my older brother: We’ve been talking about this for a long time...about how we grew up (figuring out how) to have some motivation and positivity in a negative environment to try and do better in life,” Snell said. Last summer, the nonprofit put on its first organized basketball camp. Over 100 young players showed up to the Watts Empowerment Center to work on their game and to eat Chick Fil A. Currently, the foundation sells clothing online with its signature “snail” branding. The snail itself has a story too. “In class, teachers would call my name ‘Tony Snail’ and think it was an actual snail,” Snell said. “And, the way I operate, I’m kind of a slow-mo person. I think the snail is the perfect image of who I am. I’m slow, but I’m efficient.” The foundation uses clothing as a platform to give back to its community. 50% of clothing proceeds go to events and various givebacks in South Central Los Angeles, where Snell grew up as a kid. He has not forgotten his roots, and no matter what city he plays for, he finds ways to contribute because he knows he can make an impact. “I really wanted to do this foundation to let kids know that I was that little kid who was around negativity,” Snell said. “But I turned my life into a positive by believing in myself and believing that, whatever my dream was, if you can believe in yourself then sky's the limit.” What’s next for the Tony Snell Foundation? After the COVID-19 pandemic settles, the foundation will continue to put on basketball camps in the South Central area. Snell also hopes to build a playground for kids to play basketball. He wants young kids to grow up in a safe environment, but to also carry on the principles he instilled within himself at a young age. Phones, the internet, social media: these are exciting, but they can distract from the bigger picture. “I think social media is good, but some people overdo it. Instead of using it to build your brand, some people use it as their life,” Snell said. This is the mindset of someone who uses a Blackberry in today’s age. It keeps Snell focused, and it says quite a bit about his personality. “A lot of people give me a hard time about my Blackberry, but they know that’s been [me] since day one. That’s who I am. I’m not going to let the world change me, I just adapt to the world,” Snell said. Snell says that kids shouldn’t be afraid to feel alone and to be oneself, and he wants the Tony Snell Foundation to remind them of just that. “At the end of the day, you have to know how to please yourself and be comfortable with yourself at all times, regardless of what area you’re in,” Snell said. “Whatever you believe in, 1000% believe in yourself and you can do it.”

Snell attended Martin Luther King High School in 2008–09, where he and teammate Kawhi Leonard, now with the Toronto Raptors, led the Wolves to a 30-3 season and a #7 national ranking in the MaxPreps/National Guard computer rankings. Snell averaged 14 points, seven rebounds, four blocks, ...

Snell attended Martin Luther King High School in 2008–09, where he and teammate Kawhi Leonard, now with the Toronto Raptors, led the Wolve...

Snell attended Martin Luther King High School in 2008–09, where he and teammate Kawhi Leonard, now with the Toronto Raptors, led the Wolves to a 30-3 season and a #7 national ranking in the MaxPreps/National Guard computer rankings. Snell averaged 14 points, seven rebounds, four blocks, and three assists per game under head coach Tim Sweeney. In 2009 Snell enrolled at Westwind Preparatory Academy in Phoenix, where he averaged 19.5 points, 10 rebounds, 8.8 assists, 2.7 steals, and 1.8 blocks. At Westwind he was a teammate of Jamaal Franklin, who went on to play for San Diego State University and was drafted by the Memphis Grizzlies in 2013.

Snell was selected with the 20th overall pick in 2013 NBA draft by the Chicago Bulls. As a rookie in 2013–14, Snell appeared in 77 games for the Bulls, averaging 4.5 points and 1.6 rebounds per game. In July 2014, Snell re-joined the Bulls for the 2014 NBA Summer League, where he averaged 20.0 points, 4.0 rebounds and 2.8 assists in five games, earning All-NBA Summer League first team honors. Snell became the Bulls' starting small forward to begin the 2015–16 season.

On October 17, 2016, Snell was traded to the Milwaukee Bucks in exchange for Michael Carter-Williams. On April 22, 2017, he set playoff career highs with 19 points and five 3-pointers in an 87–76 loss to the Toronto Raptors in Game 4 of their first-round playoff series.

Snell was traded, along with the draft rights to Kevin Porter Jr., to the Detroit Pistons in exchange for Jon Leuer during the 2019 offseason. 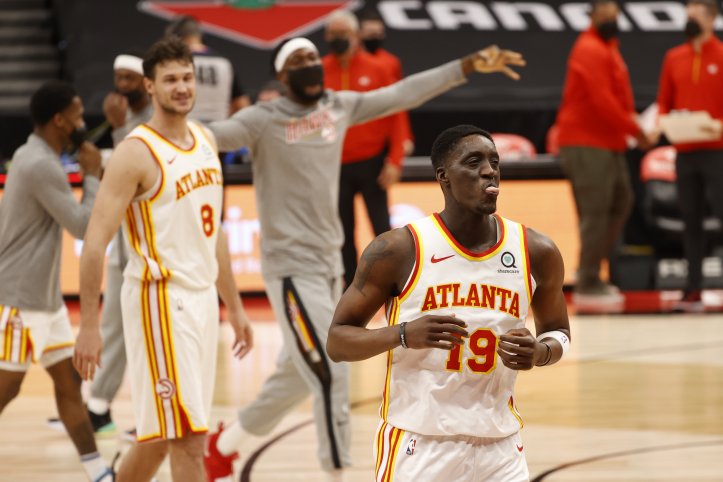 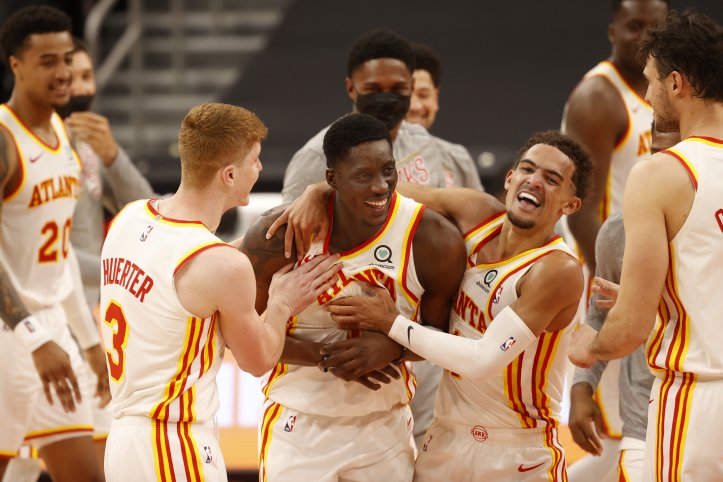 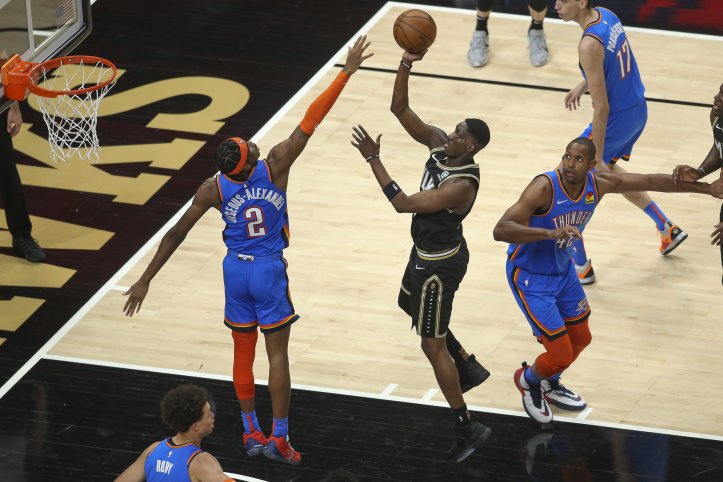 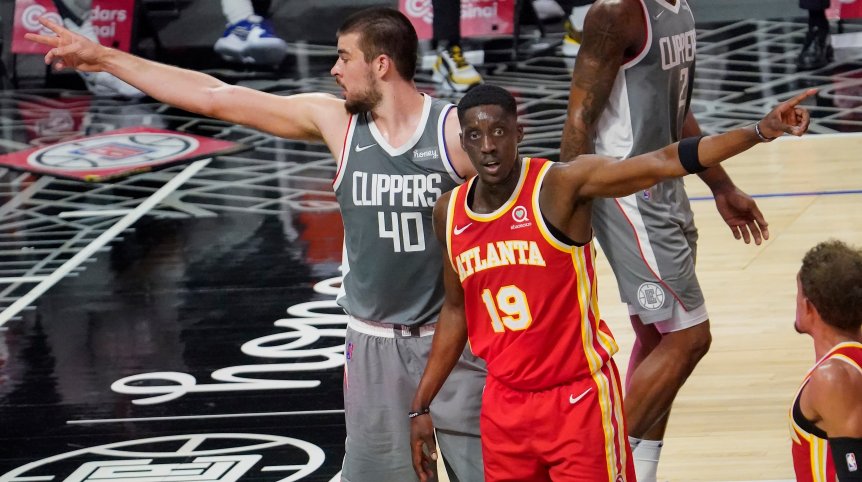