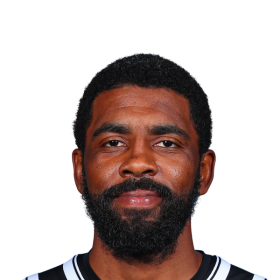 The K.A.I. Family Foundation was founded to build self-sustaining communities and ensure families who are often overlooked, feel heard, inspired, and powerful! Our founder saw educational and food security needs present in communities like his family’s hometown in New Jersey, the Bronx, NY and native Standing Rock Sioux Tribe in South Dakota; he wanted to be an agent of support. We believe all families should feel confident that their community has resources to sustain them and elevate the next generation. K.A.I.F.F. is designed to support and equip young people and communities with resources they need to thrive.

Feeding America is a United States–based nonprofit organization that is a nationwide network of more than 200 food banks that feed more than 46 million people through food pantries, soup kitchens, shelters, and other community-based agencies. Forbes ranks it as the second largest U.S. charity by revenue

Irving donated $1.5 million to WNBA players who otherwise would not have been paid while sitting out of the league’s restart last season due to the COVID-19 pandemic.

He donated $323,000 toward feeding New York City families at the height of the coronavirus pandemic. The Mayor's Fund to Advance New York City cultivates partnerships that combine the incomparable reach of government with the entrepreneurial spirit of the private sector to create a stronger and more just city for all New Yorkers.

He partnered with Nike to donate 17 pallets of food and 50,000 masks to the Standing Rock Sioux reservation, of which he identifies. STANDING ROCK TRIBAL GOVERNMENT STRIVES TO BE A MORE EFFECTIVE, EFFICIENT AND VISIBLE GOVERNMENT PROVIDING OPPORTUNITIES FOR OUR ECONOMY TO GROW THROUGH BUSINESS DEVELOPMENT BY EDUCATING OUR MEMBERS, TO ENHANCE THE HEALTH AND WELLNESS OF THE PEOPLE OF STANDING ROCK.

get involved
Moms of Black Boys United for Social Change

Moms of Black Boys (MOBB) United, Inc. and MOBB United for Social Change, Inc. (MUSC) are sister organizations that are dedicated to positively influencing how Black boys and men are perceived and treated by law enforcement and in society. MOBB United is a nationwide coalition of concerned moms of Black sons who represent every race, age, socioeconomic background, marital status and education level. What we share is unconditional love for our Black sons, and we want others to see them through our proud eyes.

He donated 100 book bags with personal care items to teens and young adults at Newark’s Covenant House shelter. For more than four decades, Covenant House has helped transform and save the lives of more than a million homeless, runaway and trafficked young people. We offer housing and support services to young people in need – currently reaching 74,000 youth every year.

We achieve our mission through our inter-related program areas: Environmental Education, Community Greening & Urban Agriculture, Environmental Justice, Job Training. We invite you to peruse the website to learn more about all our programs, what we do, and how you can get involved! He donated soil to Greater Newark Conservancy.

he bought a home for the family of George Floyd, who was killed by a Minneapolis police officer that kneeled on his neck for nearly nine minutes despite Floyd having died.

UNICEF is the outreach and support arm of the United Nations General Assembly, with a mission to advocate for the protection of children’s rights, to help meet their basic needs, and to expand their opportunities to reach full potential.

Irving began his career playing prep basketball at Montclair Kimberley Academy in Montclair, New Jersey for his freshman and sophomore years. He averaged 26.5 points, 10.3 assists, 4.8 rebounds, and 3.6 steals and became only the second 1,000 point scorer in the school's history. In his junior year...

Irving began his career playing prep basketball at Montclair Kimberley Academy in Montclair, New Jersey for his freshman and sophomore years. He aver...

Irving began his career playing prep basketball at Montclair Kimberley Academy in Montclair, New Jersey for his freshman and sophomore years. He averaged 26.5 points, 10.3 assists, 4.8 rebounds, and 3.6 steals and became only the second 1,000 point scorer in the school's history. In his junior year, Irving would transfer to St. Patrick in Elizabeth, New Jersey. In his first season at St. Patrick, Irving averaged 17.0 points, 5.0 rebounds, 6.0 assists and 2.0 steals per game. His senior season, Irvin would average 24.0 points, 5.0 rebounds and 7.0 assists per game.

Irving would commit to the University of Duke to play his collegiate basketball. Through the first eight games of the season, he averaged 17.4 points per game on 53.2% shooting, 5.1 assists, 3.8 rebounds and 1.5 steals. Irving would come back from injury to play 3 games in the NCAA Tournament. After just 11 games played at Duke, Irving decided to enter the NBA Draft.

In the 2011 NBA Draft, with the first overall selection the Cleveland Cavaliers selected Kyries. In his rookie season, Irving averaged 18.5 points, 5.4 assists and shot 46.9% from the field, including 39.9% on three-pointers. Irving was voted the 2012 NBA Rookie of the Year and an unanimous NBA All-Rookie First Team. As a Cavalier, Irving was one of the greatest players in franchise history. In the 2015-16 season, Irving would lead the Cavs to its first NBA championship in team history.  In Game 7, Irving hit a three-pointer with 53 seconds left in the game that propelled the Cavaliers to a 92–89 lead and an eventual 93–89 win. The Cavaliers won the series 4–3 and became the first team to rally from a 3–1 finals deficit, beating the defending champion Golden State Warriors to end a 52-year major sports championship drought in Cleveland.

On August 22, Irving  was traded to the Boston Celtics  in exchange for Jae Crowder, Isaiah Thomas, Ante Zizic, and the rights to the Nets 2018 first-round draft pick. Irving would play two seasons with the Boston Celtics. 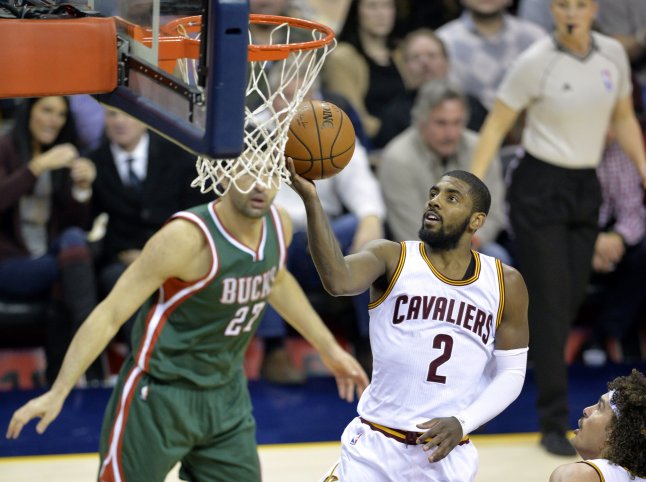 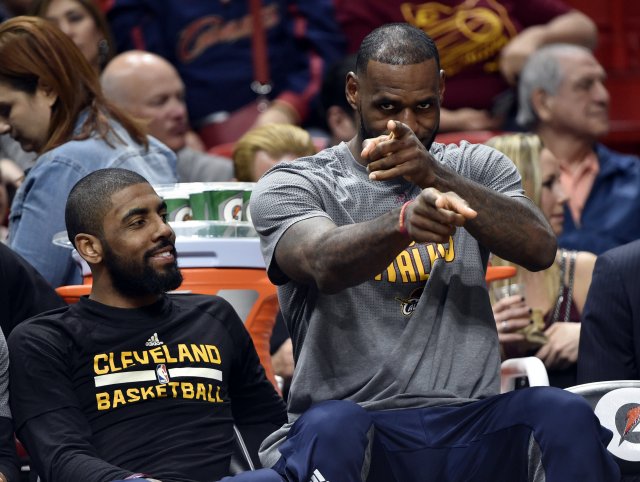 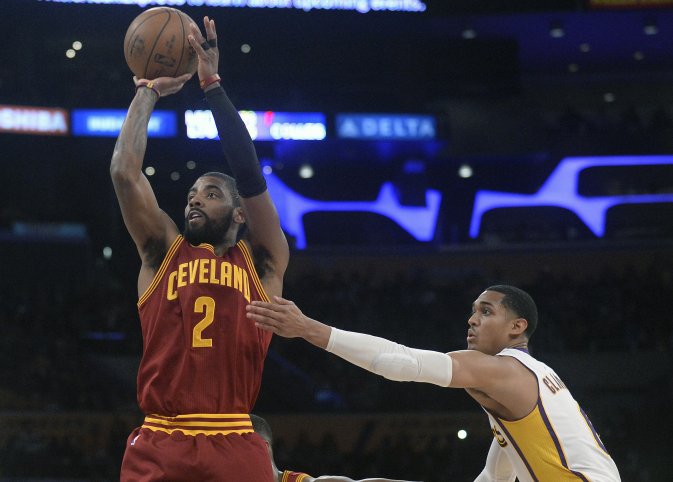 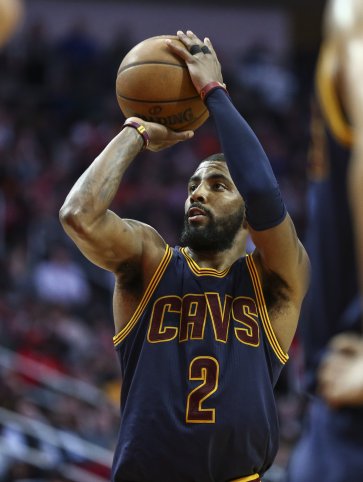 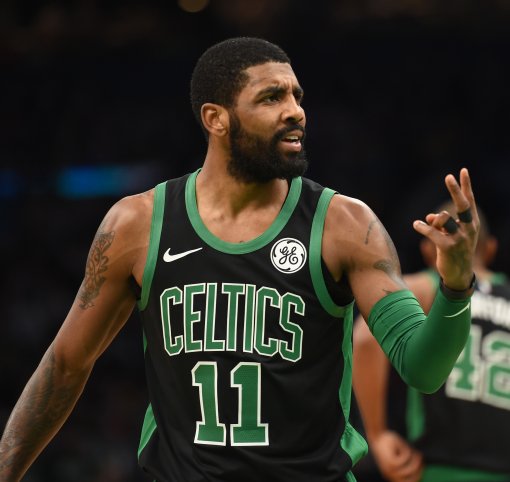 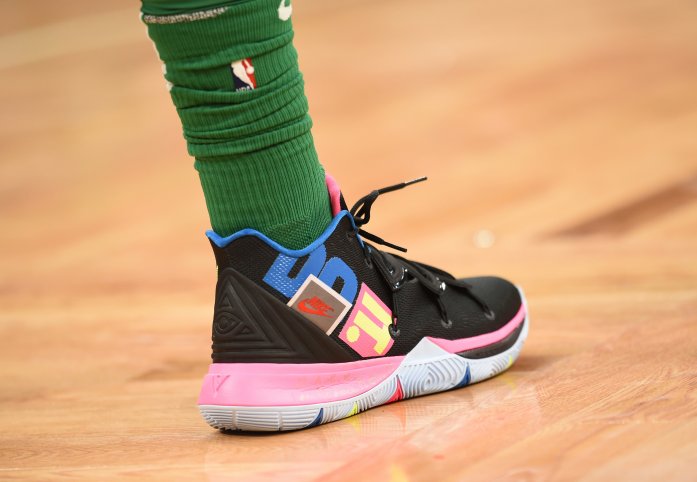 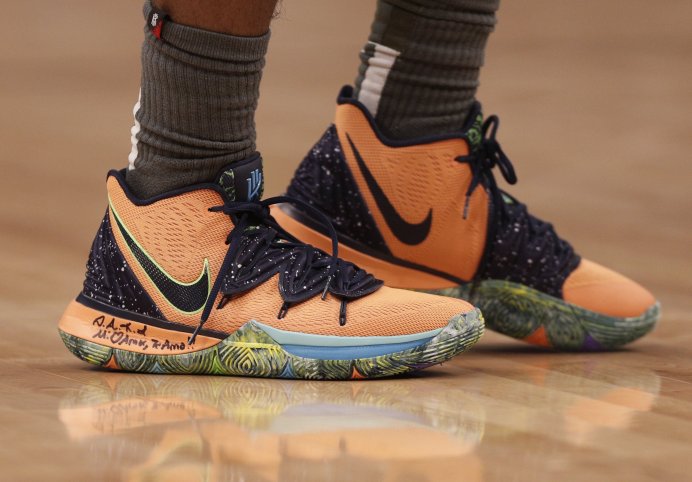 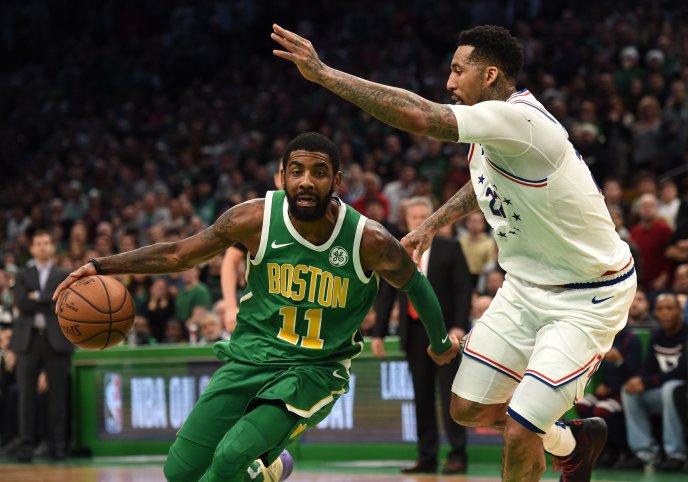 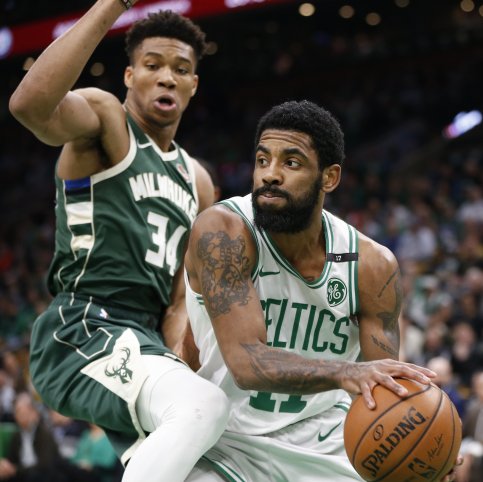 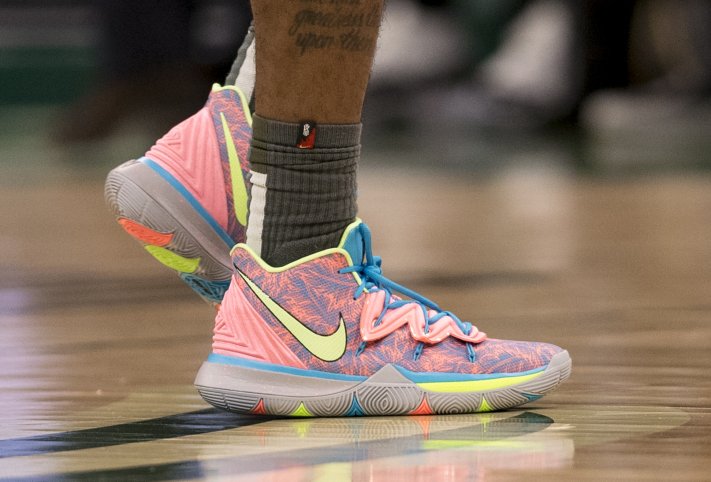 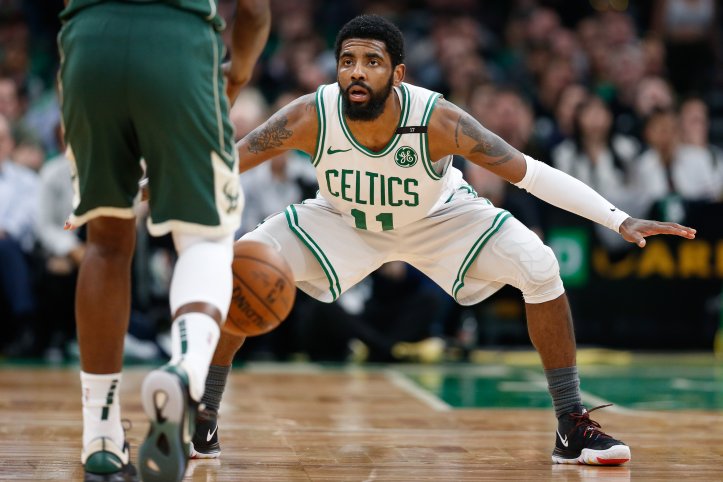 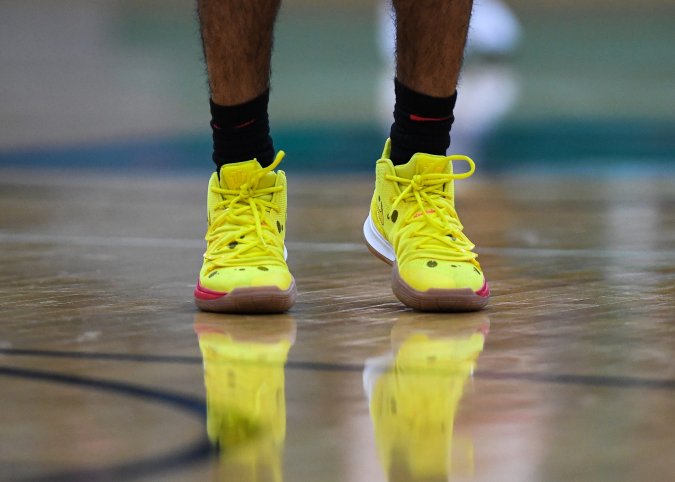 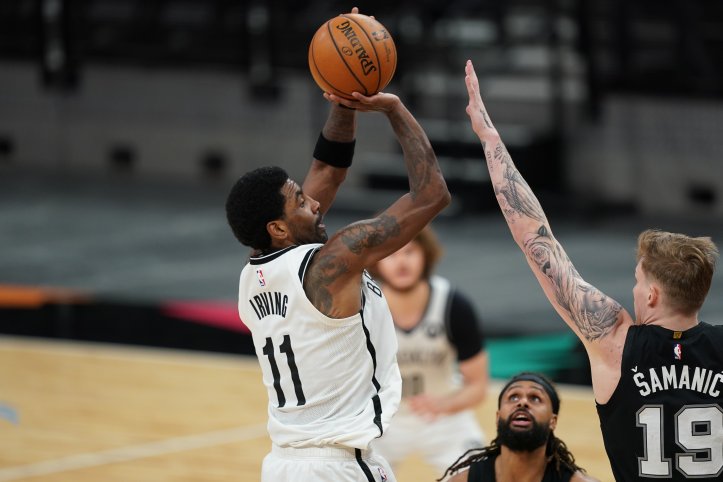 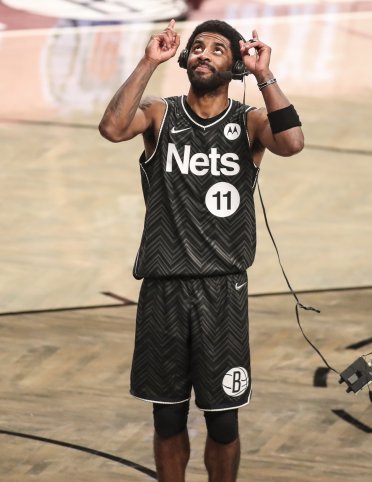 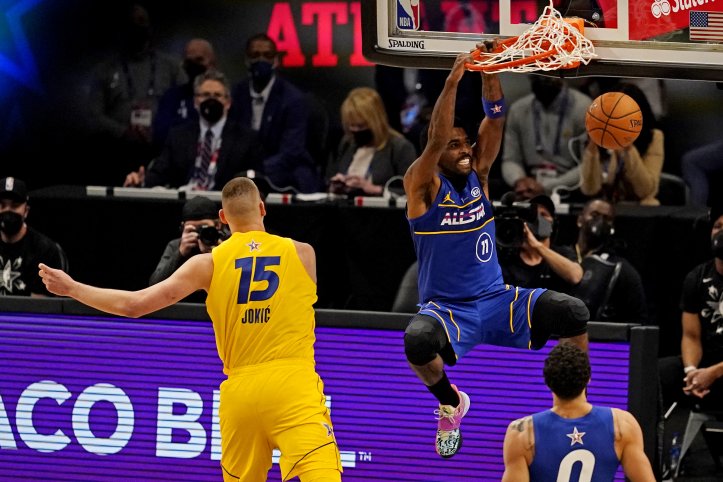 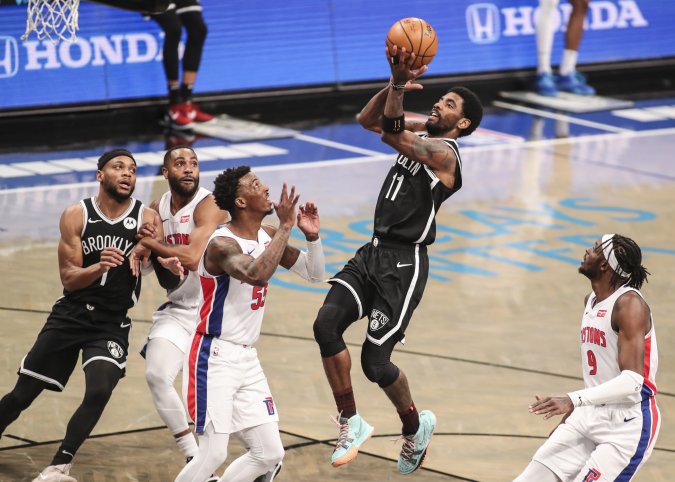 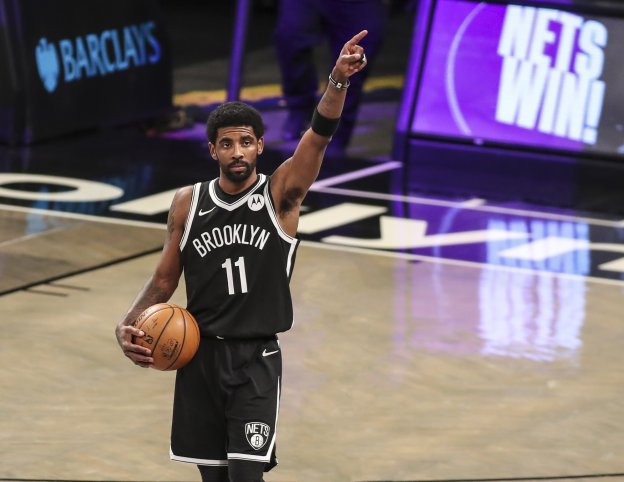 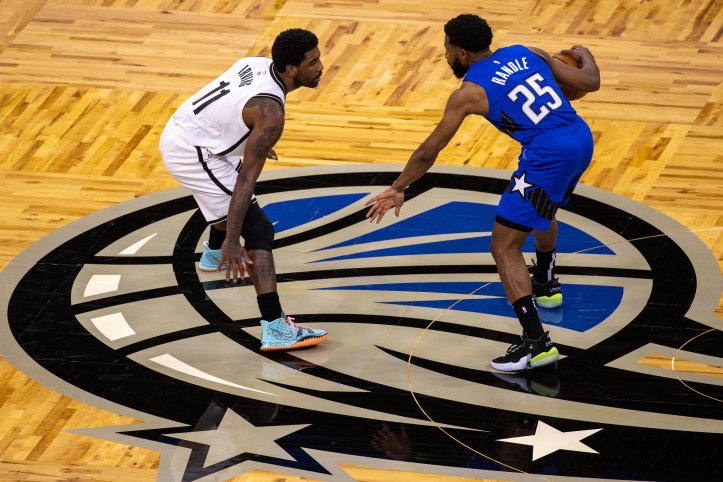 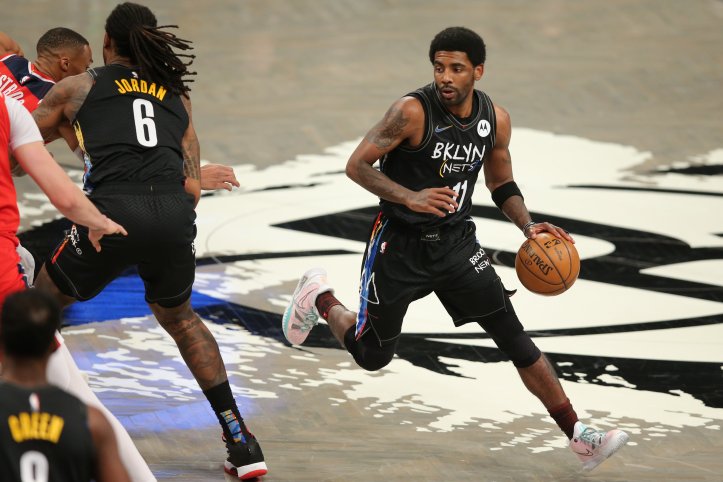 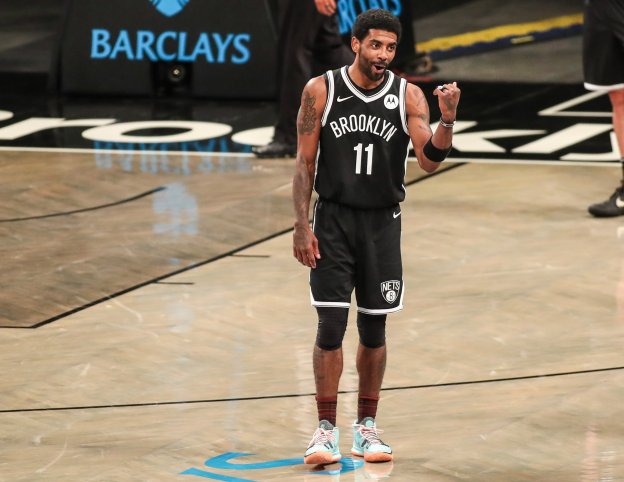 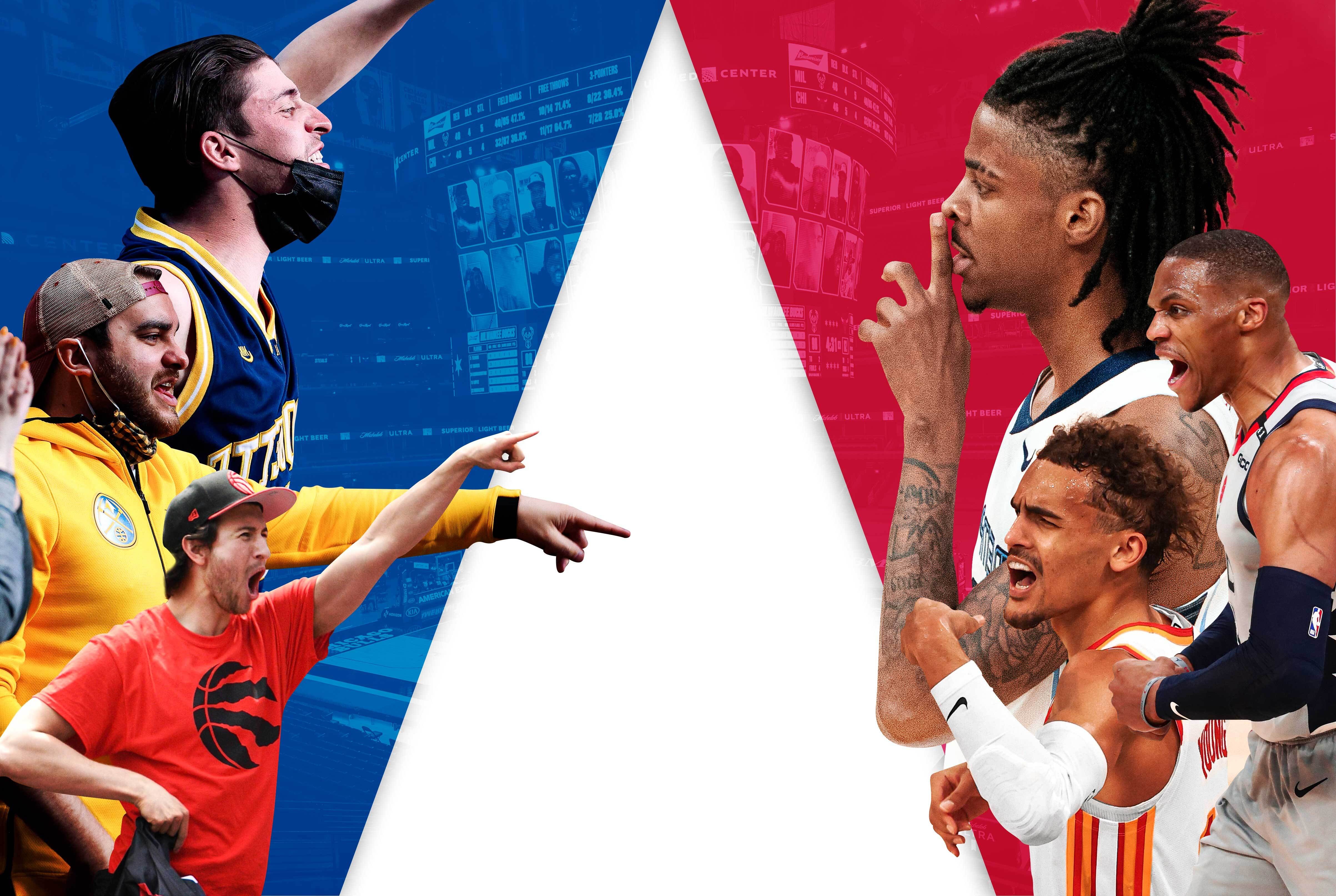 Fans return to the greatest form of celebration and entertainment – games incredible athletes play -- and a few remind us sports are not immune to the ills that have overtaken society.