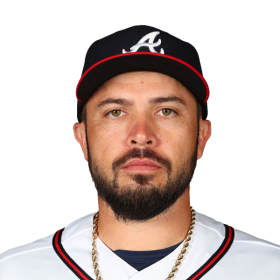 Lance d'Arnaud converted his son to catcher at age 12 because the team that he was coaching had a vacancy at that position. D'Arnaud attended Lakewood High School in Lakewood, California. As a high school ballplayer, d'Arnaud was named Lakewood's co-Athlete of the Year along with Artesia High S...

Lance d'Arnaud converted his son to catcher at age 12 because the team that he was coaching had a vacancy at that position. D'Arnaud attended Lak...

Lance d'Arnaud converted his son to catcher at age 12 because the team that he was coaching had a vacancy at that position. D'Arnaud attended Lakewood High School in Lakewood, California. As a high school ballplayer, d'Arnaud was named Lakewood's co-Athlete of the Year along with Artesia High School basketball player James Harden, a future NBA All-Star. He was also awarded an ABCA/Rawlings High School Gold Glove award in 2007.

D'Arnaud had committed to play college baseball for the Pepperdine Waves of Pepperdine University after high school, the same school for which his brother played, but was selected by the Philadelphia Phillies in the supplemental first round of the 2007 Major League Baseball draft, the 37th overall pick. He chose to void his college commitment and signed a minor league contract for $832,500.

In 2007, d'Arnaud started his professional career with the Philadelphia Phillies' Rookie League affiliate, the Gulf Coast League Phillies. From there he was promoted to the Class-A Lakewood BlueClaws. In 2009, d'Arnaud played with the BlueClaws where he remained all year, playing in 126 games. He was once again selected for the All-Star game, this time in the South Atlantic League. The BlueClaws went on to win the 2009 South Atlantic League championship.

To begin 2010, d'Arnaud was sent from the Phillies to the Toronto Blue Jays organization in a ten player trade. The Phillies received Roy Halladay, along with $6,000,000 from the Blue Jays. Toronto received d'Arnaud, Kyle Drabek and Michael Taylor, who they later flipped to the Oakland Athletics for Brett Wallace. Wallace was then traded to the Houston Astros for center-field prospect Anthony Gose. D'Arnaud played the entire 2010 season with the Dunedin Blue Jays, the Blue Jays' High-A affiliate in the Florida State League. Despite suffering from back problems and playing in a higher league, d'Arnaud put up comparable numbers to his 2009 campaign, hitting .259, an OPS of .726 and 6 home runs in 71 games. For the week of April 19, d'Arnaud was named FSL Player of the Week and was selected to participate in the midsummer Home Run Derby. He was named a Mid-Season and Post-Season All-Star.

In 2011, d'Arnaud played the entire 2011 season in the Eastern League, with the Blue Jays Double-A affiliate, the New Hampshire Fisher Cats. Over his first three seasons in the minors, d'Arnaud had steadily improved his defense, but 2011 was the year in which he made vast improvements to all aspects of his offensive ability. On July 13, d'Arnaud was named to the Eastern League's Mid-Season All-Star team. He also made the post-season team on August 25, going to his sixth All-Star game in total. The following day, on August 26, d'Arnaud was named the EL's Most Valuable Player.

On September 16, the Toronto Blue Jays named d'Arnaud as one of the recipients of the R. Howard Webster award, an award given to the best player at each level of the Blue Jays minor league farm system. The next day, d'Arnaud went on to win his second minor league championship ring, as the New Hampshire Fisher Cats defeated the Reading Phillies.

Baseball America named d'Arnaud as the Best Defensive Catcher in the Eastern League for the 2011 season. They also named him the #2 prospect in the EL, behind highly touted outfield prospect Bryce Harper and in front of teammate Anthony Gose. D'Arnaud was also named the starting catcher for the Double-A level in Baseball America's honorary "classifications" All-Star team. On September 15, USA Baseball announced that d'Arnaud was selected for its 25-man roster to play in the IBAF's 2011 Baseball World Cup. On June 21, d'Arnaud was named to appear in the 2012 All-Star Futures Game.

On December 17, 2012, the Blue Jays traded d'Arnaud, Noah Syndergaard, John Buck, and Wuilmer Becerra to the New York Mets for R.A. Dickey, Josh Thole, and Mike Nickeas. The Mets called up d'Arnaud for the first time on August 17, 2013, when John Buck was placed on the paternity list. In his first major league plate appearance, d'Arnaud drew a four-pitch walk from San Diego starter Edinson Vólquez. He finished the game 0–2 with 2 walks. D'Arnaud got his first major league hit on August 20 against Atlanta Braves pitcher Luis Ayala in the 8th inning. He hit his first Major League home run on August 25, a two-run shot off Detroit Tigers pitcher Rick Porcello. The home run earned Travis a curtain call from the Mets fans.

Travis d'Arnaud has a short sting with the Los Angeles Dodgers, before being traded, on May 10, 2019, to the Tampa Bay Rays for cash considerations. 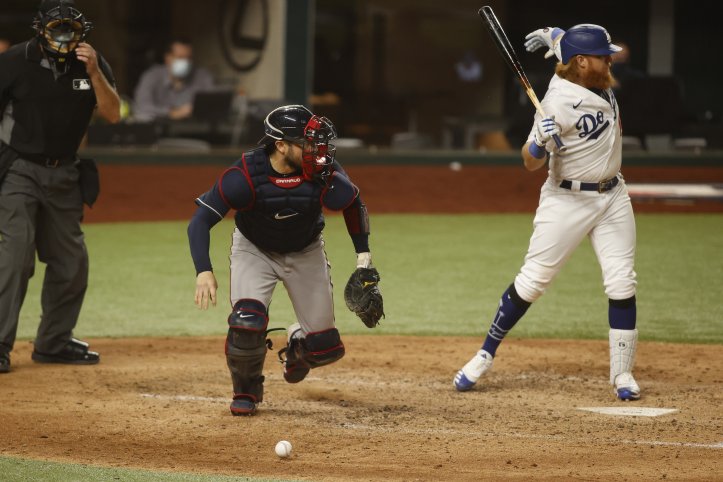 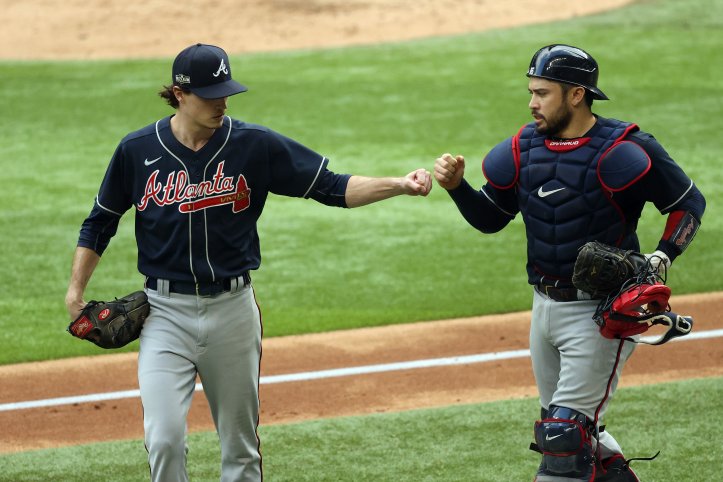 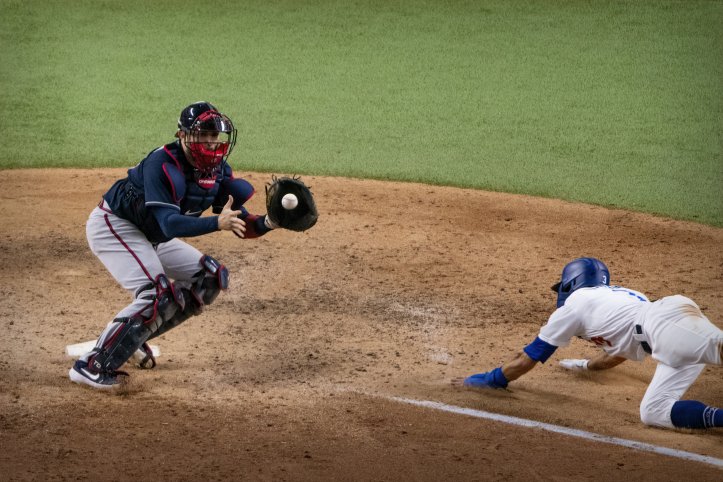 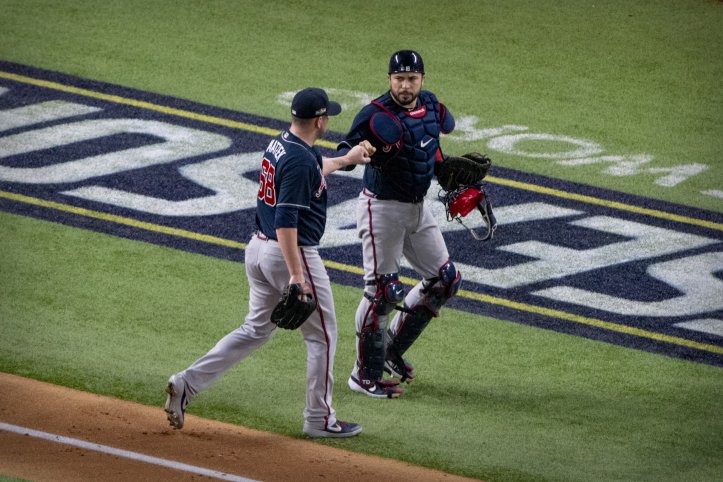 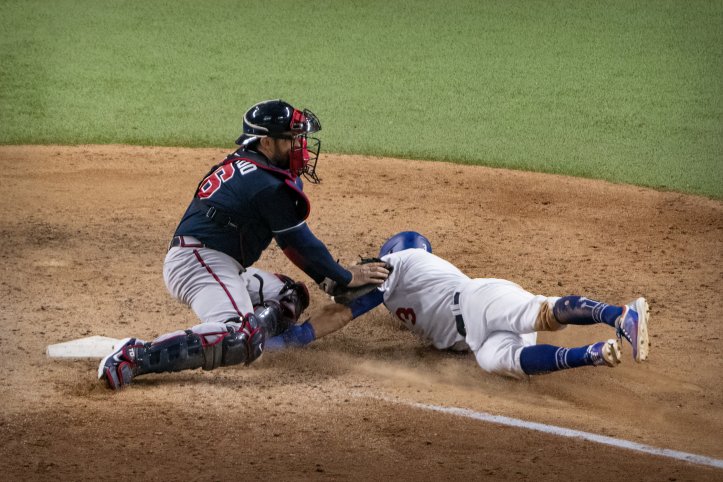