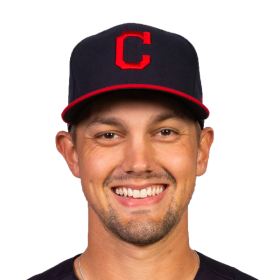 Moss attended DeLand High School in DeLand, Florida. In 2013, as a senior, he went 4–2 with a 0.52 ERA and 70 strikeouts in ​40 1⁄3 innings. He was drafted by the Colorado Rockies in the 38th round of the 2013 MLB draft, but did not sign and instead chose to enroll at the University of Florida where he played college baseball for the Florida Gators.

Prior to his 2014 freshman season at Florida, Moss tore his ulnar collateral ligament and underwent Tommy John surgery, forcing him to miss all of 2014 as well as all of 2015. Moss returned to action in 2016 as a redshirt sophomore, appearing in 14 games (five starts) in which he went 3–0 with a 1.57 ERA. He was named to the All-SEC Tournament Team after throwing six shutout innings versus the LSU Tigers. After the season, the Cincinnati Reds selected Moss in the fourth round of the 2016 MLB draft with the 108th overall pick.

Moss signed with the Reds and made his professional debut with the Billings Mustangs, going 3–1 with a 2.35 ERA in ten starts. He spent 2017 with the Dayton Dragons, where he went 13–6 with a 3.45 ERA in 26 starts and was named a Midwest League All-Star, and 2018 with the Daytona Tortugas, pitching to a 15–4 record with a 3.68 ERA in 25 starts. He began 2019 with the Chattanooga Lookouts, earning Texas League All-Star honors.

On July 31, 2019, the Reds traded Moss (along with Yasiel Puig) to the Cleveland Indians in a three-team trade in which the Indians also acquired Franmil Reyes, Logan Allen, and Victor Nova, the Reds acquired Trevor Bauer, and the Padres acquired Taylor Trammell. Following the trade, Moss was assigned to the Akron RubberDucks. After two starts, he was promoted to the Columbus Clippers. Over 26 total starts between Chattanooga, Akron, and Columbus, Moss went 10–6 with a 2.96 ERA, striking out 159 over ​130 2⁄3 innings.