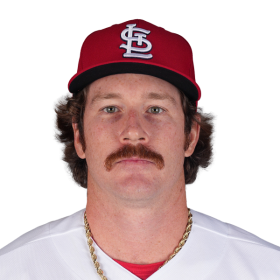 Big League Impact is the brainchild of St. Louis Cardinals legend Adam Wainwright, and reflects Adam’s creativity, generosity, and passion for maximizing effectiveness and impact. A two-time World Series champion, three-time All-Star, two-time Gold Glover, and a Silver Slugger, Adam’s accomplishments on the field are only rivaled by his heart off of it. With his leadership and guidance, Big League Impact has grown from a local “Fantasy Football for Charity” concept into a lightning rod for partnerships across countless industries and philanthropic areas, raising over $5.8 million dollars in the process. Adam and his wife Jenny have five children, and split their time between St. Louis and his native St. Simons Island, Georgia.

get involved
Crisis Aid US Refuge

Thousands of young women and children have their innocence, their bodies, their spirit, their hope, their families, sometimes even their very lives ripped away from them daily. This horror sounds so heinous that most of us can’t imagine that this could happen here in the United States but this is the reality of what children and young adult sex trafficking victims are experiencing in communities across the United States right now. Our first safe home in the United States called the Refuge Home opened in December of 2012 in Missouri and was the very first holistic home and safe haven specifically for American female survivors of sex trafficking. In partnership with other organizations, we have provided trauma-based care and healing services for both adults and minors through our Refuge Home since day one. Showered with love, care, safety, support, health, prayer, and opportunity, these girls truly have the tools to not only survive but thrive in the face of all the horrible things done to them.

Mikolas pitched for Jupiter Community High School in Palm Beach County, Florida, from which he graduated in 2006.He then attended Nova Southeastern University and played college baseball for the Nova Southeastern Sharks.

The San Diego Padres selected Mikolas in the seventh round of the 2009 Major...

Mikolas pitched for Jupiter Community High School in Palm Beach County, Florida, from which he graduated in 2006.He then attended Nova Southeastern Un...

Mikolas pitched for Jupiter Community High School in Palm Beach County, Florida, from which he graduated in 2006.He then attended Nova Southeastern University and played college baseball for the Nova Southeastern Sharks.

The San Diego Padres selected Mikolas in the seventh round of the 2009 Major League Baseball draft. Mikolas pitched as a reliever for the Class-A Fort Wayne TinCaps in 2010, he began 2011 with the High-A Lake Elsinore Storm and was promoted to the Doube-A San Antonio Missions that same year.

Mikolas received a non-roster invitation to spring training in 2012. He was assigned to the minor league camp later in the spring, and started the year with San Antonio. Mikolas was called up to the majors for the first time directly from Double-A San Antonio on May 5, 2012. He made his debut at Petco Park against the Florida Marlins. Mikolas was designated for assignment by the Padres on November 20, 2013.

The Padres traded Mikolas to the Pittsburgh Pirates, along with Jaff Decker, for Alex Dickerson after the 2013 season. During that offseason, the Pirates traded him to the Texas Rangers in exchange for Chris McGuiness. He began the 2014 season with the Round Rock Express. Mikolas was called up to the Rangers' 25-man roster on July 1, 2014; the Rangers released Mikolas after the 2014 season.

On November 25, 2014, Mikolas signed a one-year; deal with the Yomiuri Giants of Nippon Professional Baseball for the 2015 season. In 2015, the Giants re-signed him to a two-year deal.

On February 26, 2019, Mikolas and the Cardinals agreed on a 4-year extension.

Mikolas threw 8+2⁄3 no-hit innings in a game on June 14, 2022, against the Pittsburgh Pirates. With two strikes in the count to the next batter, Cal Mitchell, Mikolas allowed a ground-rule double. 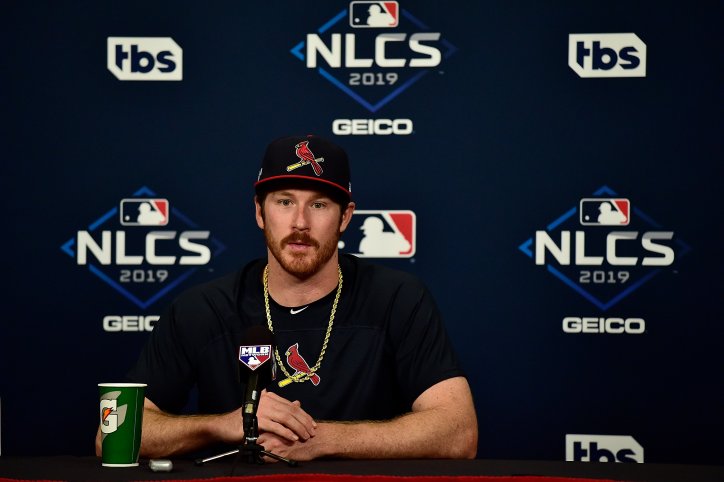 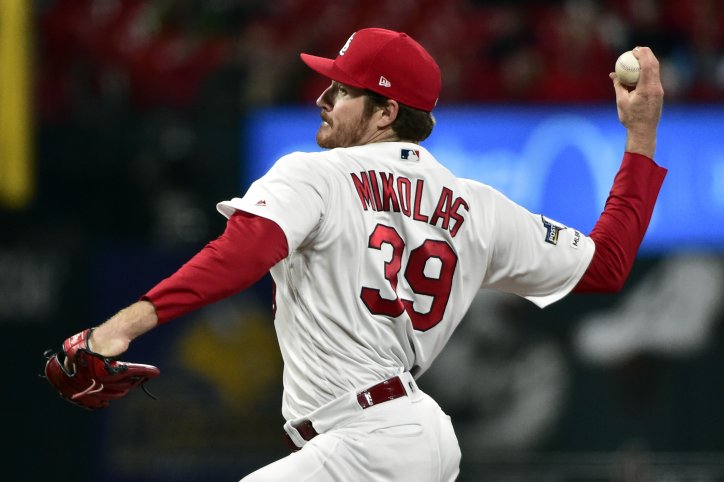 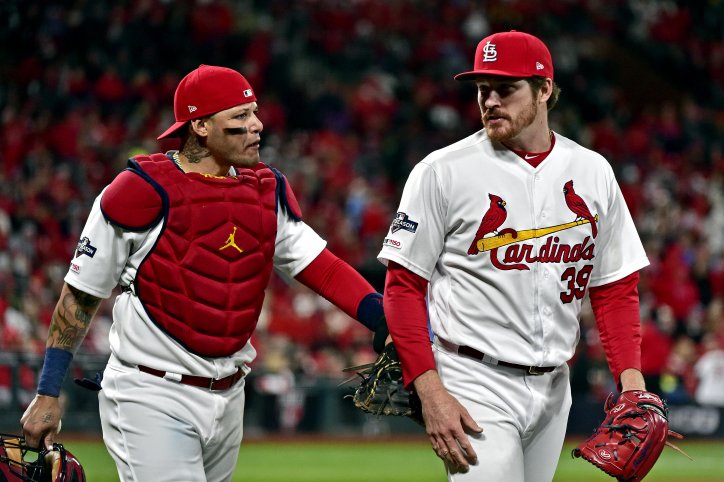 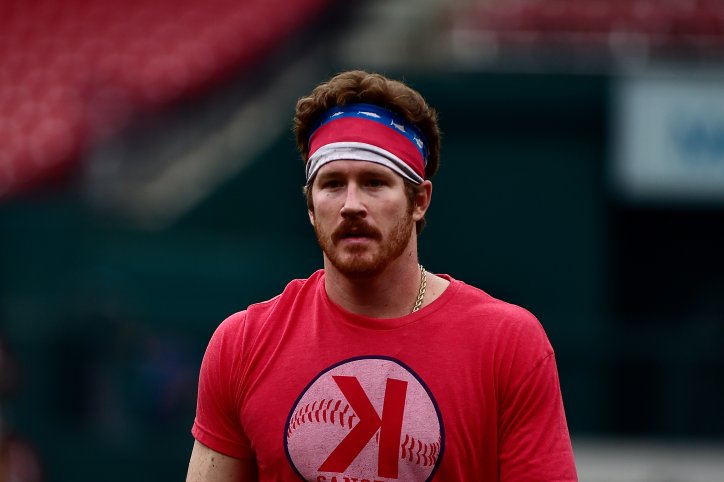 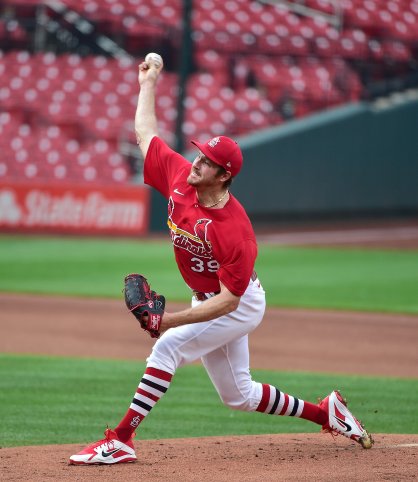 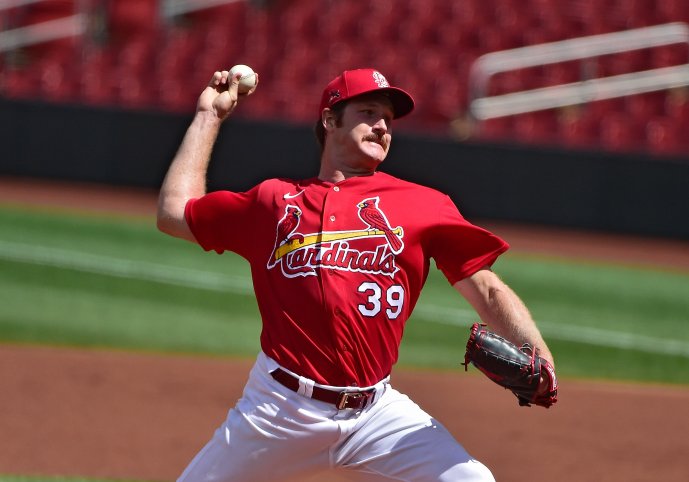