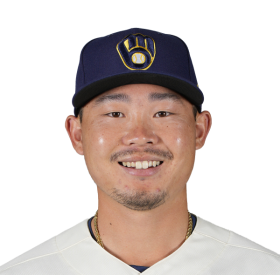 Official team of the Jessie Rees Foundation, Encouraging kids fighting cancer to NEVER EVER GIVE UP.

We’re Pledge®, Glade®, OFF!®, Mr Muscle® and many other brands you know. SC Johnson is a 5th generation owned family company, which means we don’t answer to Wall Street. We do what’s right for people and the planet because our priority is you.

California Strong provides financial and beneficial aid to individuals and groups in California affected by natural disasters or other tragic and extraordinary events.

The Milwaukee Brewers selected Hiura in the first round, with the ninth overall selection, in the 2017 Major League Baseball draft. He signed and was assigned to the Arizona Brewers of the Rookie-level Arizona League, and after batting .435 with four home runs, 18 RBIs and a 1.339 OPS in 15 games, was promoted to the Wisconsin Timber Rattlers of the Class A Midwest League where he finished the season, posting a .333 batting average with 15 RBIs and seven walks in 27 games.

MLB.com ranked Hiura as Milwaukee's top prospect going into the 2018 season. He began the 2018 season with the Carolina Mudcats of the Class A-Advanced Carolina League and was promoted to the Biloxi Shuckers of the Class AA Southern League on June 1 after hitting .320 with seven home runs, 23 RBIs, and a .911 OPS in 50 games for Carolina. Hiura also won the 2018 Arizona Fall League MVP Hiura finished the year with Biloxi, batting .272 with six home runs, twenty RBIs, and 11 stolen bases in 73 games.

Hiura began 2019 with the San Antonio Missions. On May 14, his contract was selected and he was called up to the major leagues. He made his major league debut on May 14 versus the Philadelphia Phillies. 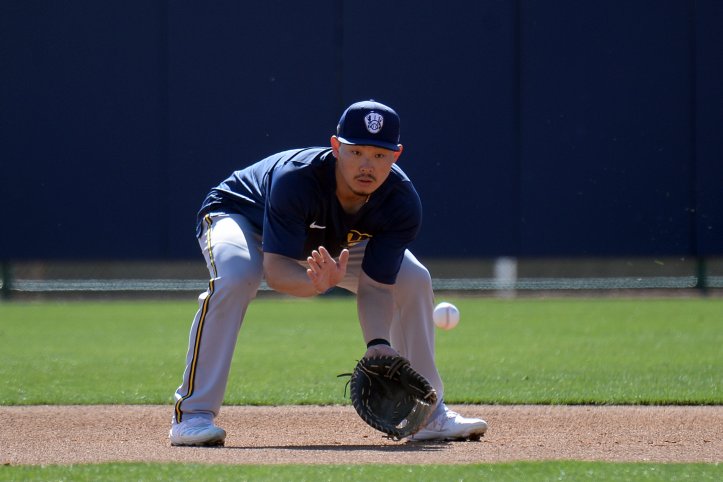 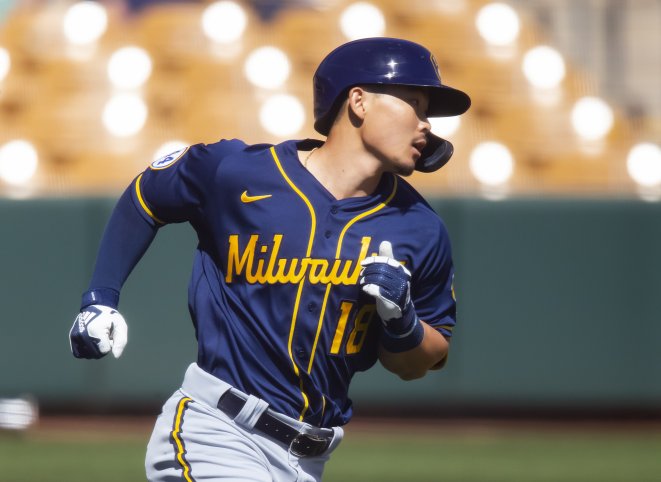 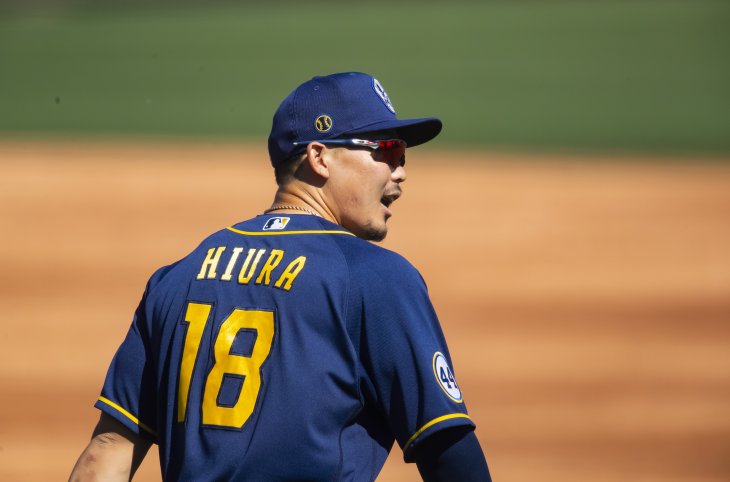 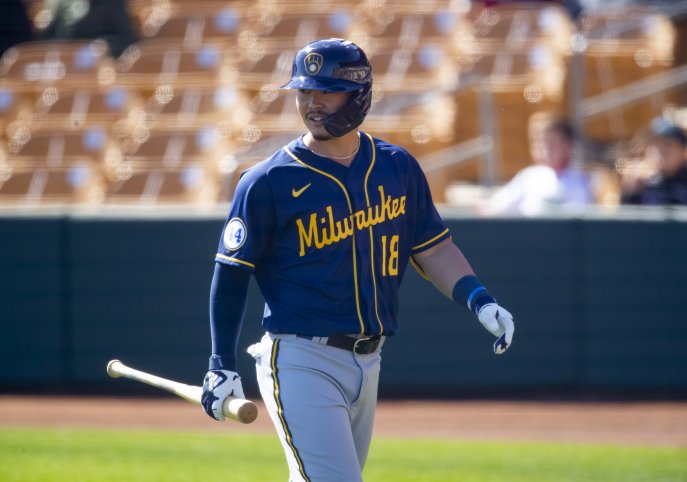 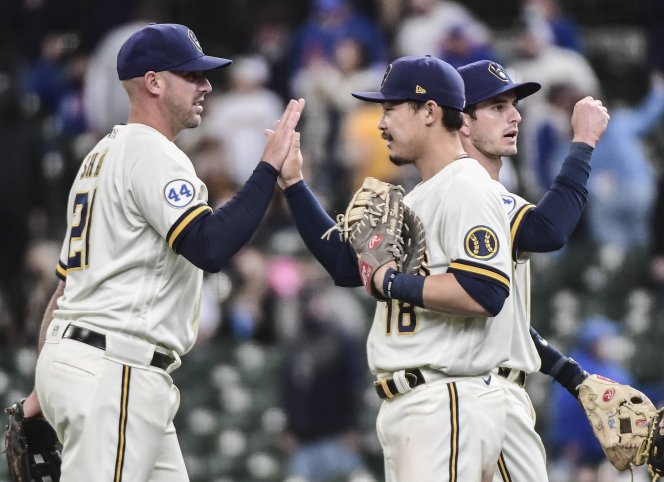 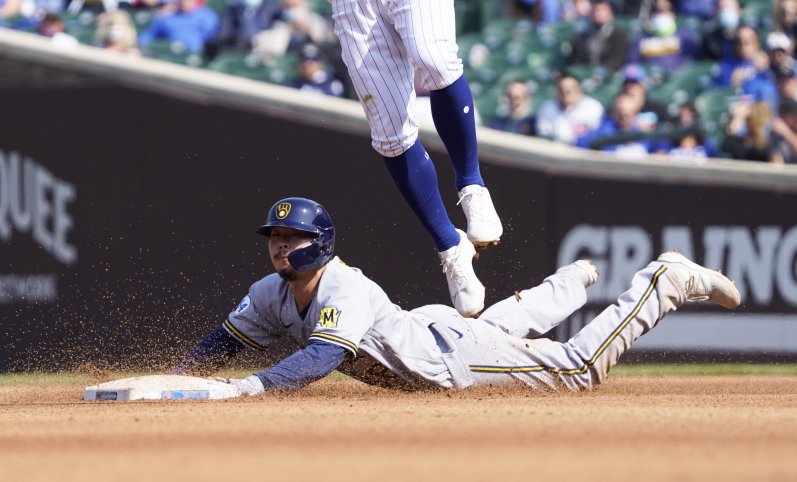 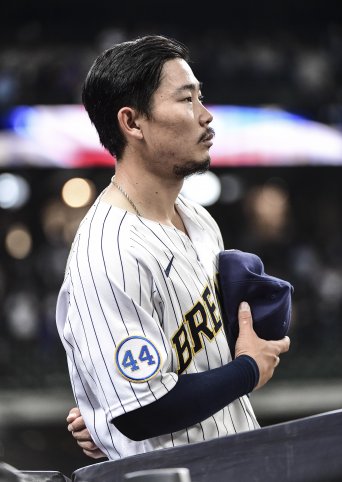 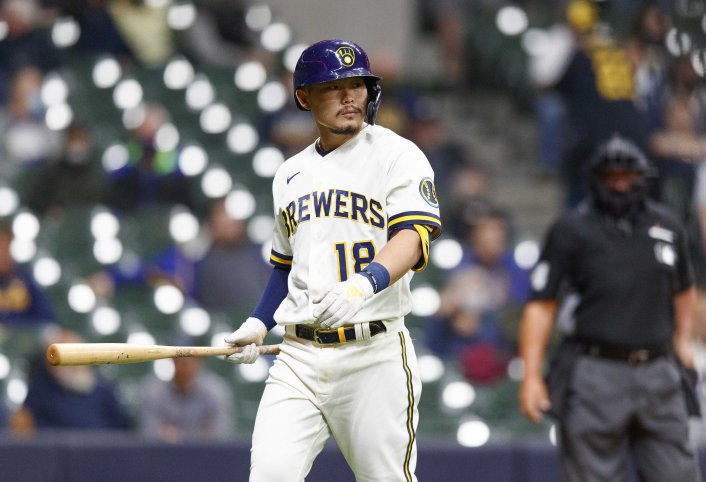 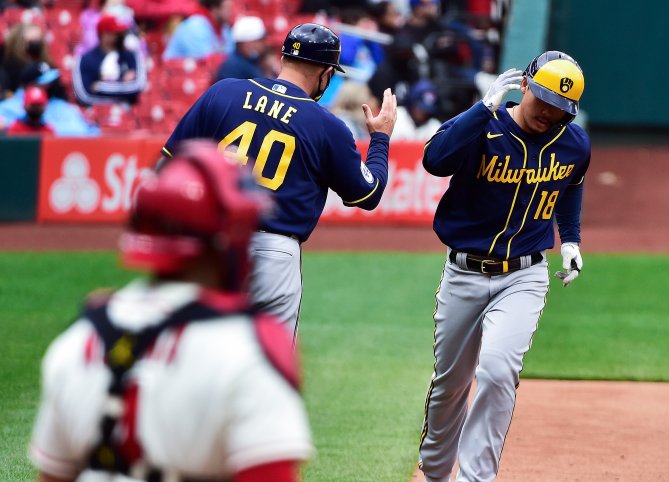