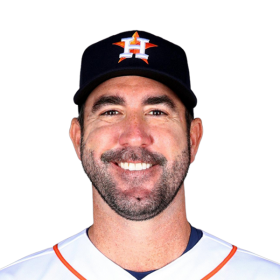 The Tigers selected Verlander with the second overall pick of the 2004 MLB draft. He made his major league debut with the Tigers in 2005 playing there for 12 years as the ace in their starting rotation, as a key figure in four consecutive American League (AL) Central division championships (2011–2014) and two AL Pennants (in 2006 and 2012). He is among the career pitching leaders for the Tigers, including ranking second in strikeouts (2,373), seventh in wins (183), and eighth in innings pitched (2,511). The Tigers traded Verlander to the Astros before the 2017 trade deadline, and he went undefeated in his first five starts heading into the postseason. He was named ALCS MVP, and was co-winner of the Babe Ruth Award as the Astros won the 2017 World Series. In 2018, Verlander became the 114th pitcher in major league history to earn 200 career wins, also becoming the 20th-fastest to reach the milestone (412 starts). In 2019, Verlander became the sixth pitcher in MLB history to throw three career no-hitters and struck out his 3,000th batter, becoming the 18th pitcher in major league history to do so.

He was the AL Rookie of the Year in 2006, and in 2007 pitched the first no-hitter at Comerica Park versus the Milwaukee Brewers. In 2009, he led the AL in wins and strikeouts, both for the first time. Verlander produced his most successful season in 2011, including his second career no-hitter versus the Toronto Blue Jays. By season's end, Verlander won the Pitching Triple Crown, the AL Cy Young Award unanimously, the AL Most Valuable Player (MVP) Award, and the Sporting News Player of the Year Award. In 2019, Verlander had his first career 300-strikeout season and won his second Cy Young award.

Having not recorded a statistic in 2021, Verlander made his way back on April 9, 2022, against the Los Angeles Angels, for the first time since Opening Day 2020. Verlander struck out seven and allowed one run over five innings in a 2–0 loss. On April 16, Verlander threw eight scoreless innings against the Seattle Mariners in a 4–0 victory, striking out eight batters. He pitched his 3,000th career inning in the seventh, becoming the 138th pitcher in Major League Baseball history to do so (only he and Zack Greinke have pitched 3,000 innings among active players). On May 10 against the Minnesota Twins, Verlander took a no-hitter through seven innings until Gio Urshela ended the chance in the eighth inning. Verlander finished the game with eight innings pitched and five strikeouts, allowing the one hit for a game score of 83 and lowering his ERA to 1.55 on the season.

On June 1, Verlander took another no-hitter into the seventh inning versus the Oakland Athletics until Elvis Andrus hit an RBI double. On June 7, Verlander became the career active strikeout leader, passing Max Scherzer, after striking out 12 hitters over seven innings pitched in a 4–1 victory over the Mariners. Verlander also passed John Smoltz on the all-time strikeout list to move up to 17th all-time with his 3,085th strikeout.

On August 23, 2022, Verlander threw 6 hitless innings and struck out 10 batters in a 4–2 win against the Minnesota Twins. In doing so, Verlander passed Pedro Martínez on the all-time strikeout list and overtook Scherzer again as the active career leader in strikeouts. Verlander left a start versus Baltimore after three innings on August 28 due to sudden right calf discomfort and was placed on the 15-day IL for what an MRI revealed to be a mild rupture of the muscle fascia. In his return to the mound on September 16, Verlander hurled five hitless innings against the A's to lead the Astros to a 5–0 victory and secure a sixth consecutive postseason berth. He walked one and struck out nine to extend their winning streak to six games.

In his final start of the regular season on October 4, Verlander authored a 10-strikeout, no-hit performance over 5 innings as Houston cruised to a 10–0 win over the Philadelphia Phillies. He passed Ferguson Jenkins and Scherzer again for 12th place on the all-time strikeout list and tied Jim Deshaies (1986) for an Astros franchise record of 8 consecutive strikeouts in the game. Verlander concluded his 2022 campaign with an 18–4 record, 1.75 ERA, and 185 strikeouts in 175 innings pitched. He led all the Major Leagues in ERA, WHIP (0.829), and BAA (.186) while leading the American League in wins. He won his first ERA title since his 2011 MVP campaign, also a career-best, and represented the lowest-qualified figure over a non-shortened season in the AL (excluding 2020) since Pedro Martinez' 1.74 mark in 2000.

Following the regular season, the Houston chapter of the BBWAA recognized Verlander as the Houston Astros' Pitcher of the Year, the third time he had won the award, and third in three full seasons with the club.

In Game 1 of the 2022 ALCS, Verlander struck out 11 over six innings in a 4–2 win versus the Yankees. His eighth double-digit strikeout effort in the postseason, it set a major league record. Starting in the third inning, he struck out a postseason record-tying six consecutive hitters, repeating an achievement of his in Game 3 of the 2013 ALCS. The Astros would go on to defeat the Phillies in six games giving Verlander his second World Series ring.


On November 10, Verlander opted out of his player option with the Astros and became a free agent. He was awarded the Cy Young by unanimous vote on November 16, becoming the 11th pitcher in MLB history to win three Cy Young Awards. It was the second time Verlander was a unanimous choice for the award (receiving every possible first-place vote).


On December 7th, 2022, Verlander signed a 2-year, $86.7 million contract with the New York Mets, with a $35 million vesting option for 2025. At a $43.3 million average annual value, the contract matches the record for highest AAV in MLB history with teammate Max Scherzer's contract signed during the 2021 offseason. 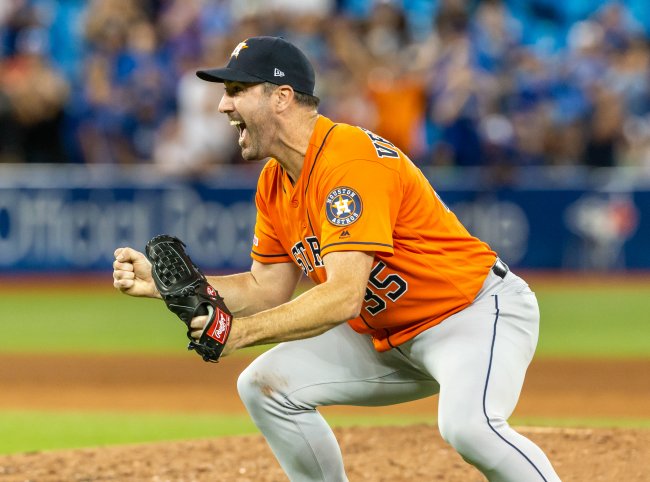 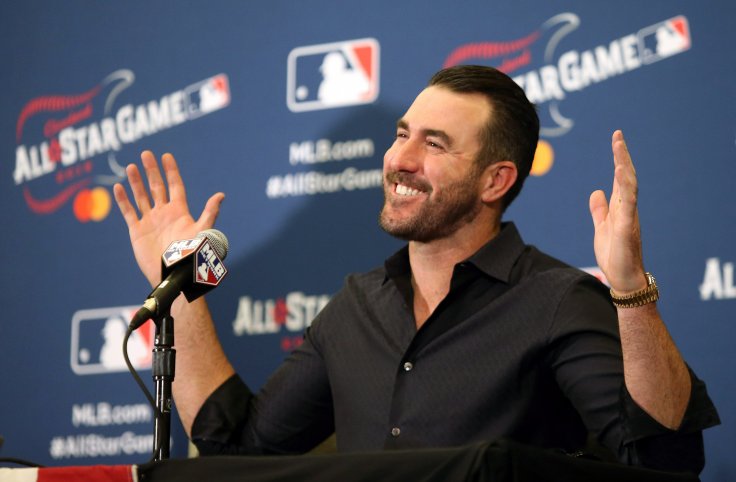 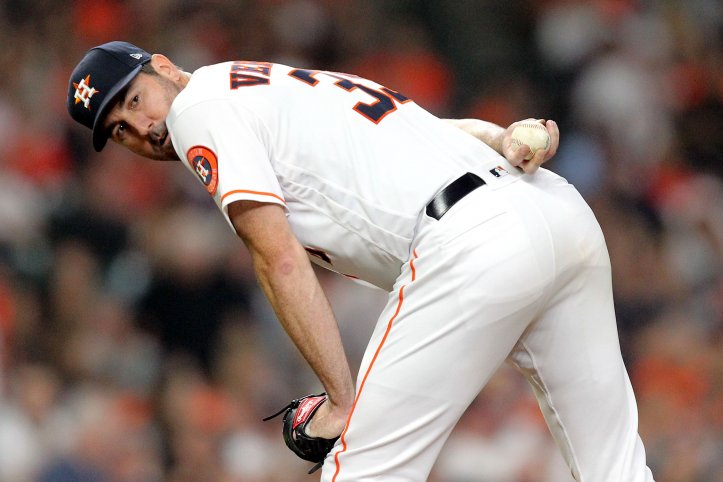 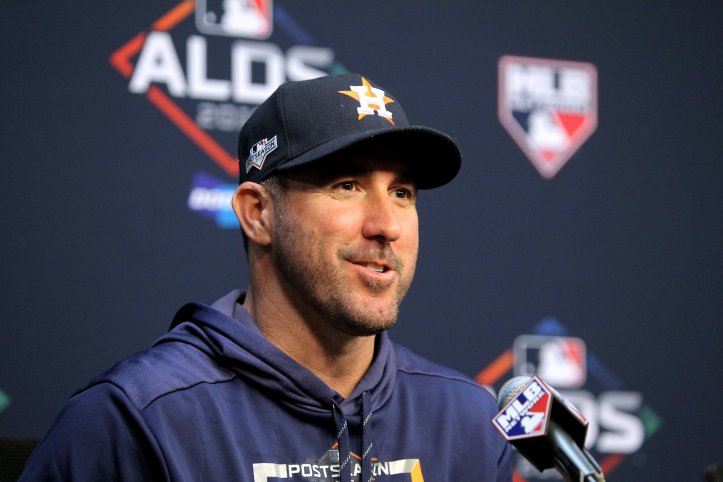 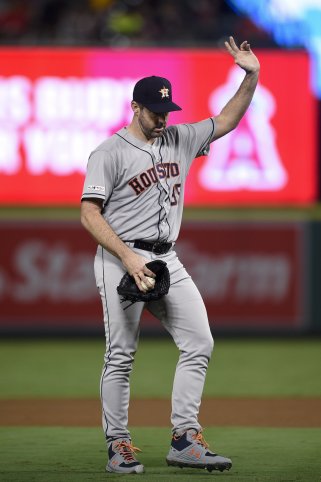 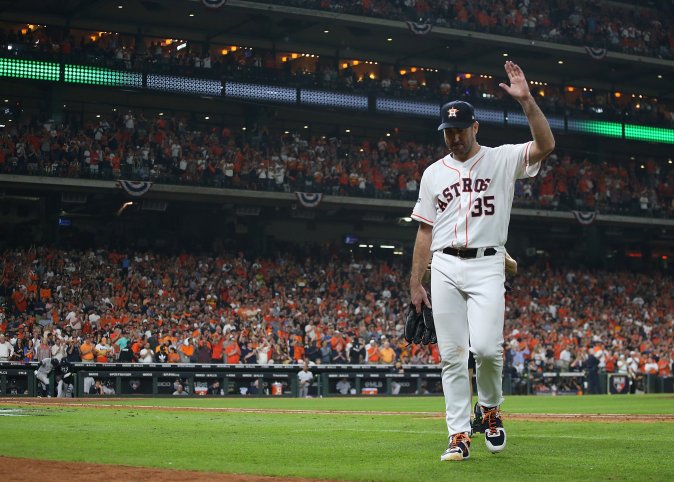 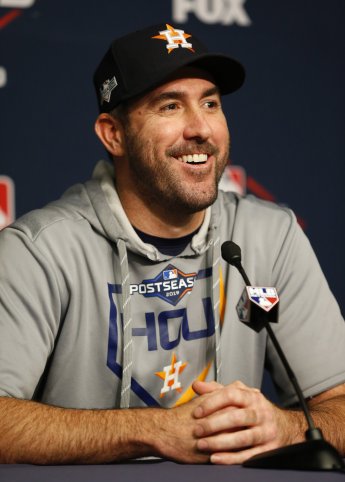 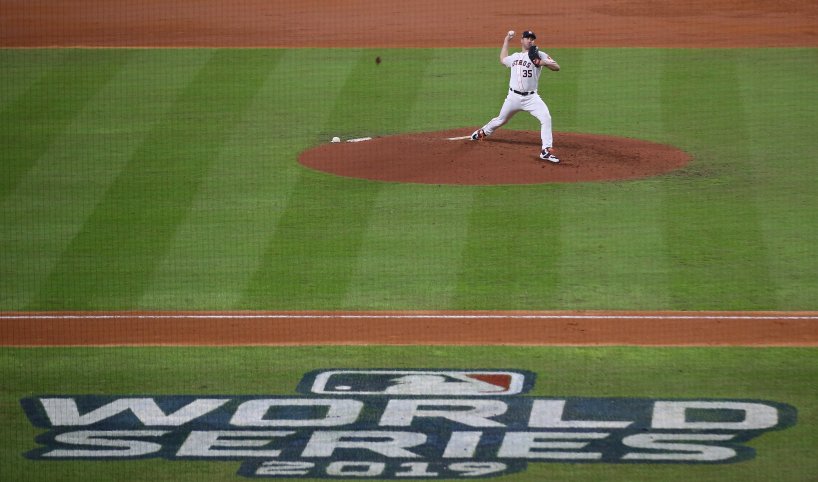 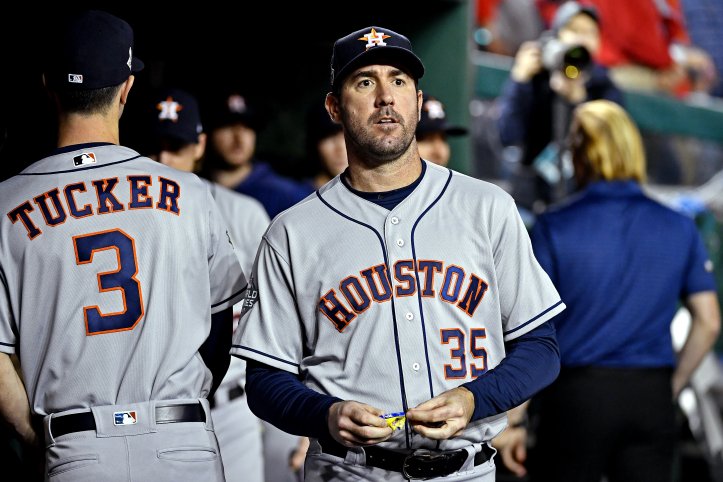 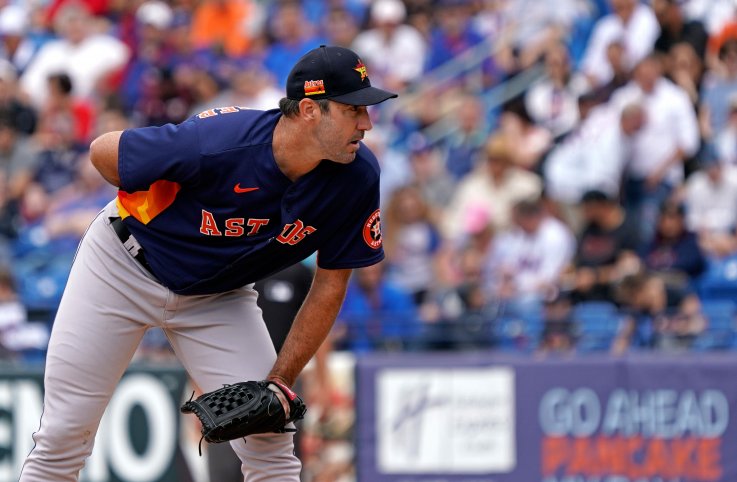 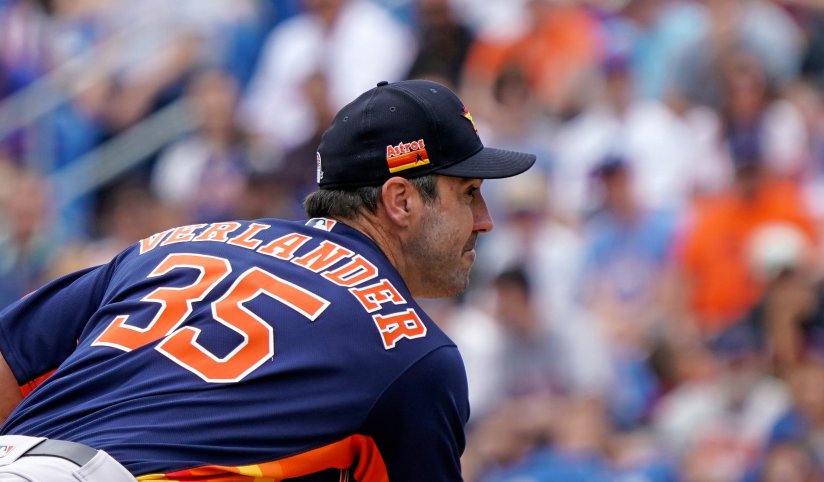 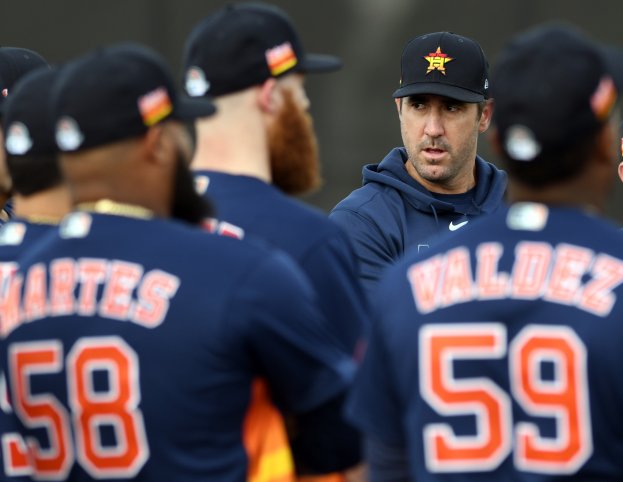 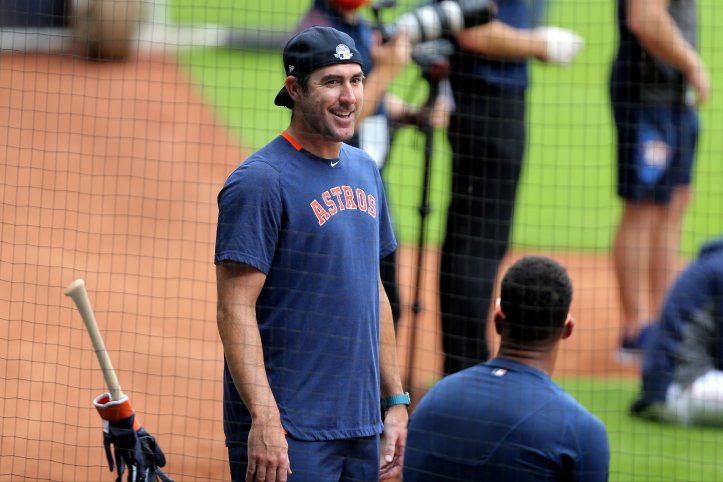 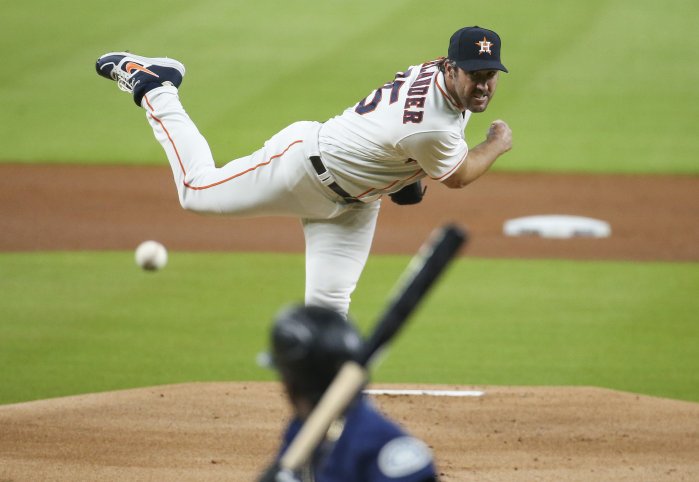