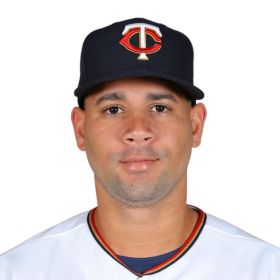 Sánchez grew up in La Victoria, Dominican Republic. Sánchez signed with the New York Yankees as an international free agent in July 2009.

Before the 2010 season, Baseball America ranked him as the Yankees' seventh-best prospect. He began his professional career playing for the Gulf C...

Sánchez grew up in La Victoria, Dominican Republic. Sánchez signed with the New York Yankees as an international free agent in July 2009....

Sánchez grew up in La Victoria, Dominican Republic. Sánchez signed with the New York Yankees as an international free agent in July 2009.

Before the 2010 season, Baseball America ranked him as the Yankees' seventh-best prospect. He began his professional career playing for the Gulf Coast Yankees. On August 18, 2010, he was promoted to the Staten Island Yankees of the Class A-Short Season New York–Penn League.

Before the 2011 season, Sánchez was ranked among the top prospects in baseball. He was rated as the second-best prospect in the Yankees organization and the 30th best prospect overall by Baseball America. He spent the season playing for the Charleston RiverDogs of the Class A South Atlantic League. He played in 82 games, he finished the season hitting .256/.335/.485 with 17 home runs and 52 RBIs.

Before the 2012 season, Sánchez was ranked as the Yankees fourth best prospect by Baseball America. He began the 2012 season with Charleston and received a midseason promotion to the Tampa Yankees of the Class A-Advanced Florida State League.

Sánchez began the 2013 season with Tampa. After batting .254 with 13 home runs and 61 RBIs, the Yankees promoted him to the Trenton Thunder of the Class AA Eastern League on August 3. He was added to the Yankees' 40-man roster after the 2013 season. Sánchez began the 2015 season with Trenton and was chosen to represent the Yankees at the 2015 All-Star Futures Game.  After the Futures Game, the Yankees promoted Sánchez to the Scranton/Wilkes-Barre RailRiders of the Class AAA International League, where he hit a home run in his first at-bat.

After the conclusion of the RailRiders' 2015 season, the Yankees promoted Sánchez to the major leagues. He made his major league debut as a pinch hitter on October 3. The Yankees included him on their 25-man roster for the 2015 American League (AL) Wild Card Game. The Yankees then assigned Sánchez to the Arizona Fall League (AFL) after the season. He led the AFL in home runs and was named the Fall Stars Game Most Valuable Player, and the second-best prospect in the AFL by Baseball America. As a result of his strong season, the Yankees felt comfortable trading fellow catcher John Ryan Murphy during the offseason.

Sánchez competed with Austin Romine to serve as the backup catcher to Brian McCann on the Yankees' Opening Day roster in 2016, but he began the season with Scranton/Wilkes-Barre. He was called up to the majors for one game in May. The Yankees again promoted Sánchez to the major leagues on August 3, and he recorded his first major league hit, a single off Hansel Robles, that same day. On August 10, Sánchez went 4-for-5, with his first major league home run and 3 singles. On August 16, Sánchez had his first two home run game against the Toronto Blue Jays. On August 22, Sánchez was named AL Player of the Week.

Sánchez became the first player in MLB history with at least 11 home runs and 31 hits in his first 23 career games. On August 29, Sánchez was named AL Player of the Week for the second straight week, and on September 3 MLB named him AL Player of the Month and Rookie of the Month. On September 21, Sánchez hit his 18th and 19th home runs in his 45th game, making him the fastest player to reach 19 home runs in the modern era.

He returned to the Yankees on May 5, 2017, after missing 21 games. On June 10, Sánchez hit the hardest home run of his career, a 115.1-mph laser to left-center field against Mike Wright of the Baltimore Orioles. The following day, Sánchez hit the farthest home run of his career, a 450-foot shot off Kevin Gausman of the Orioles. Sánchez was named to the 2017 American League All-Star team, his first, as a reserve. He participated in the 2017 MLB Home Run Derby.

On August 23, Sánchez hit two home runs against the Detroit Tigers; the first measured at 493 feet, the second-longest in the majors behind teammate Aaron Judge's 495-foot home run. On September 14, Sánchez hit his 31st home run of the season, breaking the record for most homers in a single season by a Yankees catcher. He finished the season batting .278/.345/.531 with 33 home runs, 90 RBIs, 20 doubles, 131 hits, 40 walks, and 79 runs scored; In the postseason, he batted .208/.218/.415 with three home runs and eight RBIs as the Yankees lost in Game 7 of the ALCS to the Astros. At the season's end, Sánchez received the Silver Slugger Award after the season as the best hitting catcher in the American League.

On April 26, 2018, Sánchez hit his first career walk-off, a three-run home run-off; Sánchez finished the 2018 season with a .186 batting average with 18 home runs and 53 RBIs in 89 games played. During the 2018 off-season, Sánchez underwent shoulder surgery to remove debris from the AC joint.

On May 19, 2019, Sánchez hit his first career triple against the Tampa Bay Rays.

On September 3, 2019, Sánchez broke his own franchise record by hitting two home runs (number 33 and 34), a winning effort against the Texas Rangers. He now has the two highest single-season home run totals ever for a Yankees catcher, as well as becoming the second with multiple 30-homer years, joining Yogi Berra. 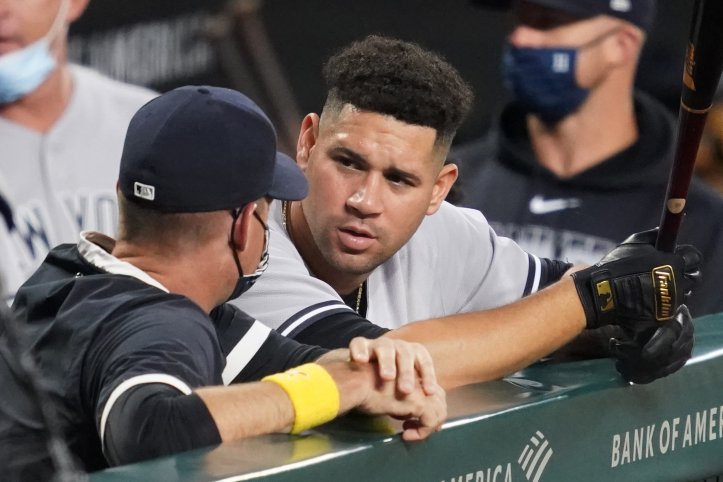 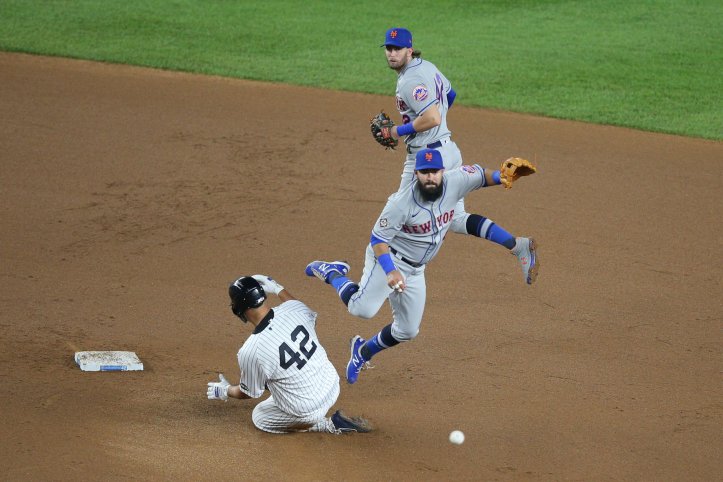 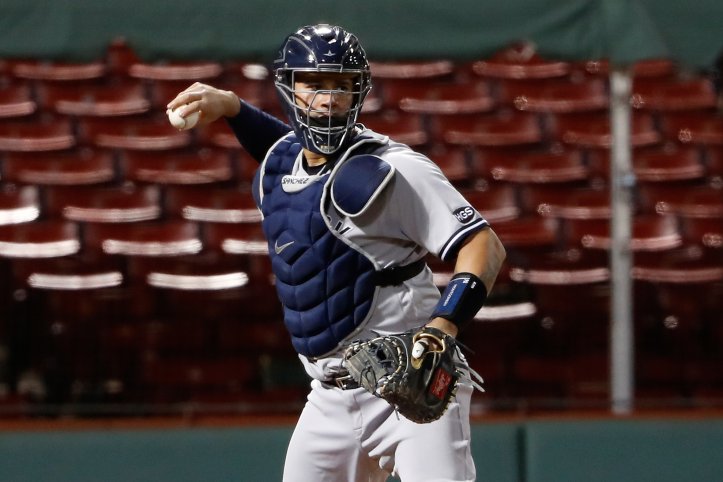 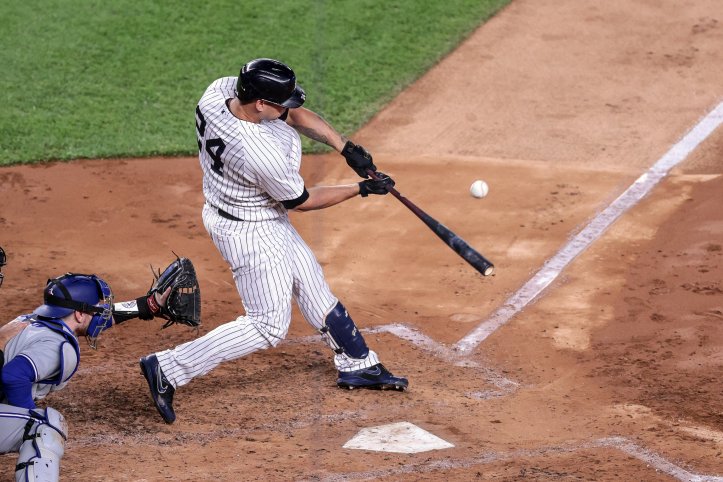 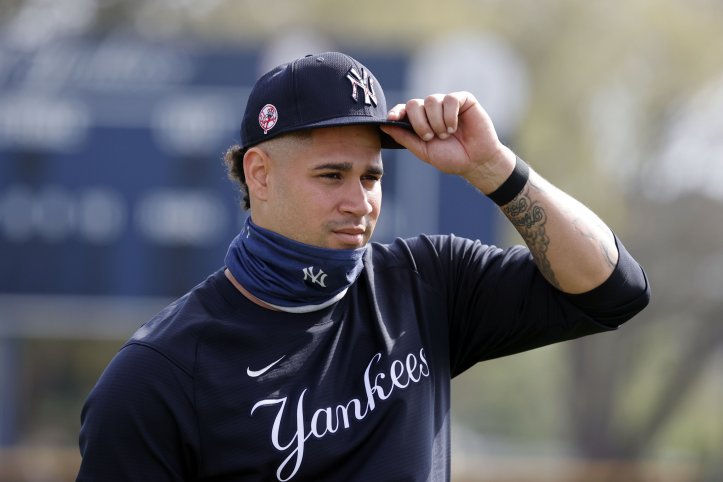 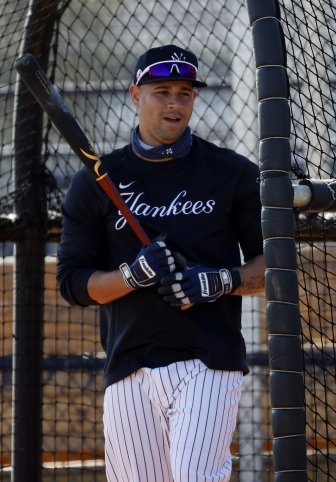 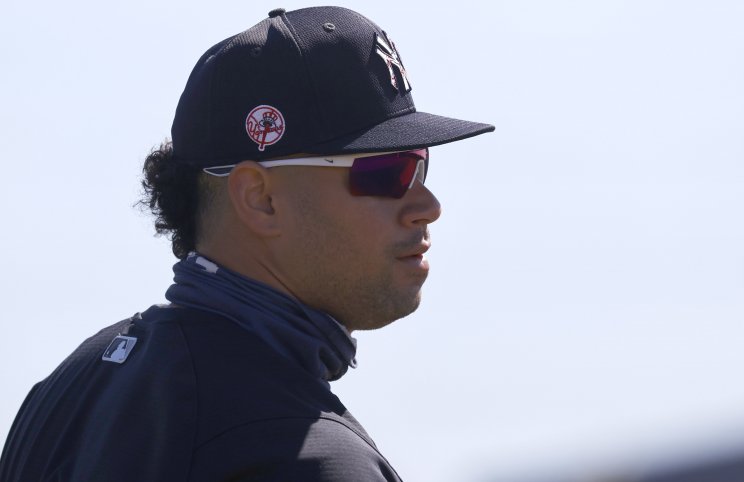 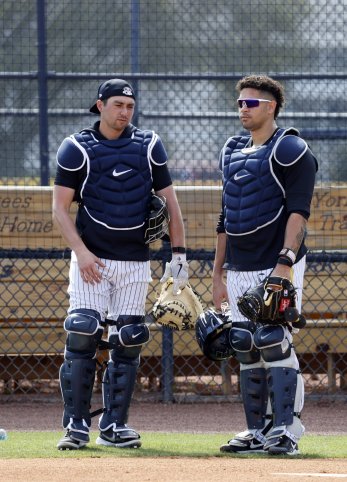 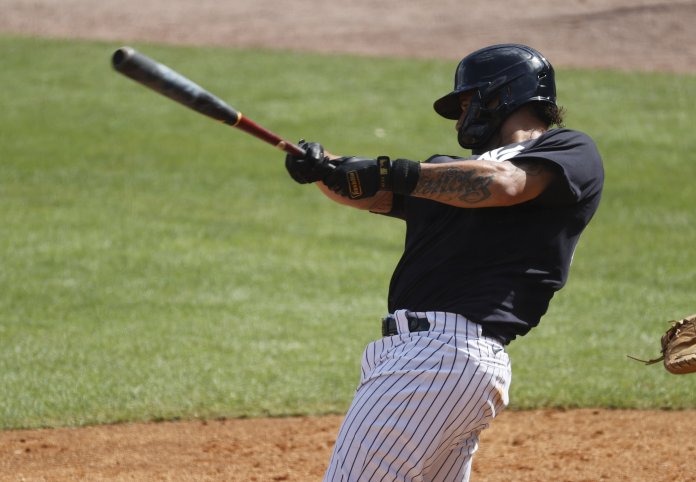