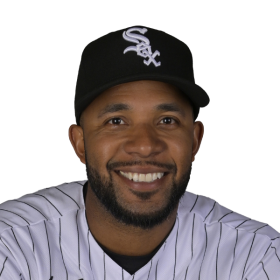 The Taylor Hooton Foundation (THF) was formed in 2004 in memory of Taylor E. Hooton, a 17-year old high school student from Plano, TX. Taylor took his own life on July 15, 2003 as a result of using anabolic steroids. Today, the THF is the leader in educating youth and adult influencers on the dangers of anabolic steroids, human growth hormone (HGH), dietary supplements, and other Appearance and Performance Enhancing Substances.

Our mission is to enrich the lives of children with a brain injury and give hope to their families through support and education. According to The Center for Head Injury Services, approximately 1 in 500 school-age children each year receive a head injury severe enough to be hospitalized. Although families are eligible for state and federal financial support, funding is limited, and families are forced to pay for medical care on their own. The emotional, physical and financial strain of caring for a disabled child takes an enormous toll on families. Because Team Luke and Hope4Minds share the same goals, we have decided to work together. Just as the members of our support groups find strength in one another, we know this partnership will further our goals of helping families pay for items not covered or partially covered by insurance, providing advocacy and education, and building support communities. At the heart of our services is the conviction that the health and well-being of these children can improve over time if families have access to educational materials, therapeutic services, and adaptive equipment for their children. We also believe that families can gain strength by connecting with one other. To provide these crucial services, we need your help. Every dollar makes a difference. With your generous gift, you make it possible to keep hope alive—one precious child at a time.

At the age of 16, Andrus was signed by the Atlanta Braves and received a signing bonus of more than $500,000. He started the 2005 season with the Orlando Braves of the Gulf Coast League, and was promoted to Danville late in the season. He spent 2006 with Class-A Rome, being named to the...

At the age of 16, Andrus was signed by the Atlanta Braves and received a signing bonus of more than $500,000. He started the 2005 season with the Orlando Braves of the Gulf Coast League, and was promoted to Danville late in the season. He spent 2006 with Class-A Rome, being named to the South Atlantic League All-Star team.

In 2007, Andrus joined the Myrtle Beach Pelicans of the Carolina League. During the season, he was selected to the All-Star Futures Game and was selected again for the showcase in 2008. On July 31, 2007, Andrus, Jarrod Saltalamacchia and three minor league pitchers (Matt Harrison, Neftalí Feliz and Beau Jones) were traded from the Braves to the Rangers for Mark Teixeira and Ron Mahay.

With Rangers shortstop Michael Young agreeing to move to third base in 2009, Andrus earned the starting job on Opening Day. He was the second-youngest player in the American League at the time. As Andrus was only 20 years old, Texas signed veteran shortstop Omar Vizquel for insurance.

Andrus stole his 20th base on July 28, 2009, in his rookie season. Andrus was the 10th player in major league history to steal 20 bases under the age of 21. The last player to do that was then-teammate Andruw Jones in 1997 with the Atlanta Braves. Andrus was named to the 2010 American League All-Star team as a reserve shortstop.

Before Opening Day of 2013, Andrus signed an eight-year, $120 million extension. On September 14, he stole his 40th stolen base of the season against the Oakland Athletics, stealing second base off of Bartolo Colón. Andrus later surpassed Ian Kinsler for the Texas Rangers all-time leader in stolen bases with 175. He finished the year again leading the American League in sacrifice hits (16) while batting .271 and scoring 91 runs.

Andrus began the 2014 season with an 11-game hitting streak that ultimately ended with an early ejection April 13. On June 8, Andrus had a 39-game hitting streak against the Cleveland Indians snapped as he went 0 for 4. That game marked the first time in his career where he did not get a hit against the Indians. Only Vladimir Guerrero had a longer streak against a team with (44, against Texas). Andrus stole his 180th career stolen base against the Seattle Mariners but led the American League in caught stealing with 15, batting .263 for the season.

Andrus finished 2015 with career lows in batting average (.258), OBP (.309), and sacrifice hits, while posting a career-best seven home runs and stealing 25 bags for the AL West champion Rangers. On defense, he led the major leagues in assists, with 516. He batted .182 in the Rangers' ALDS series against Toronto and made two of the team's three errors in the pivotal seventh inning of Game 5, won by the Blue Jays. In 2016, hit .302 with eight home runs and 69 RBIs. 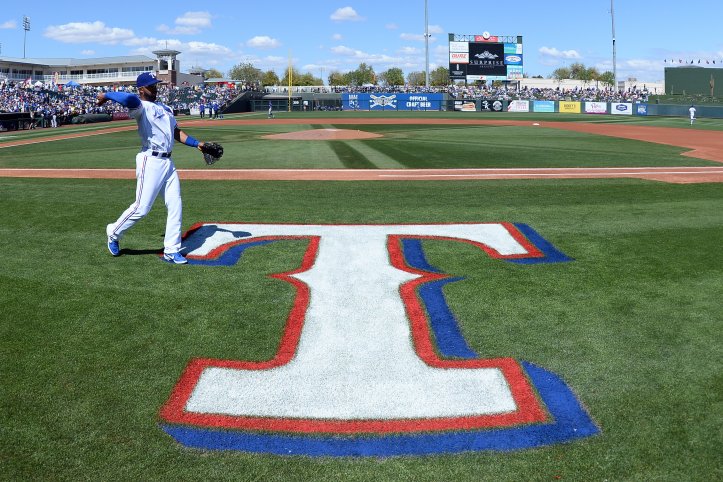 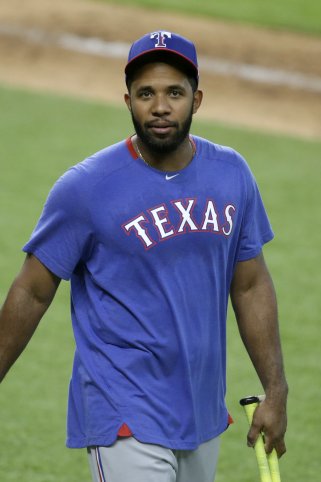 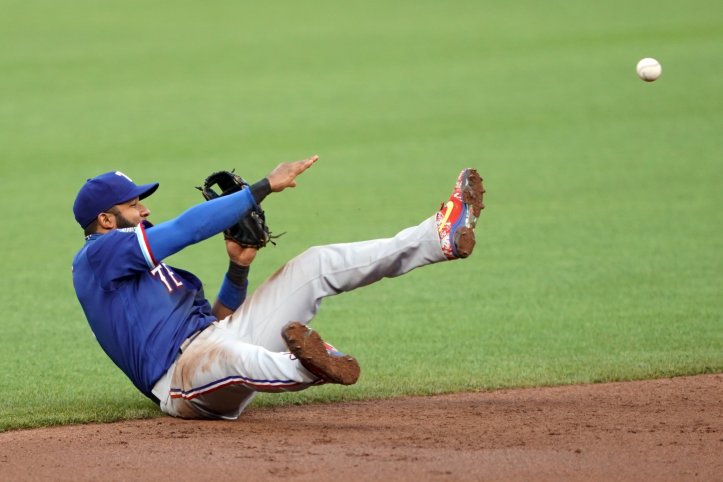 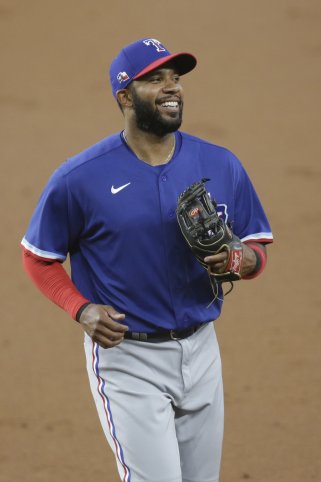 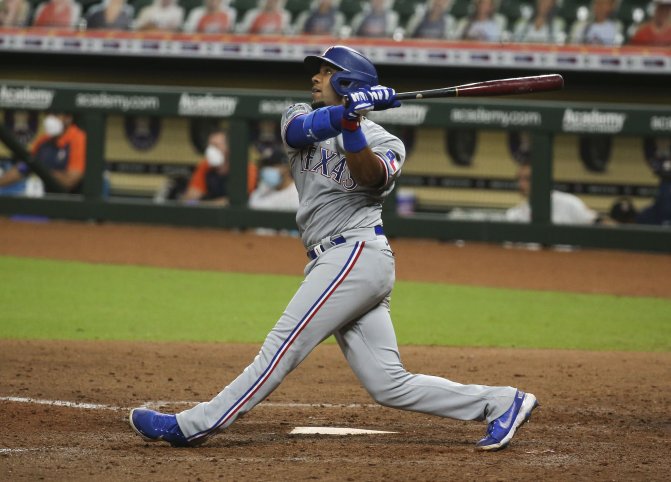 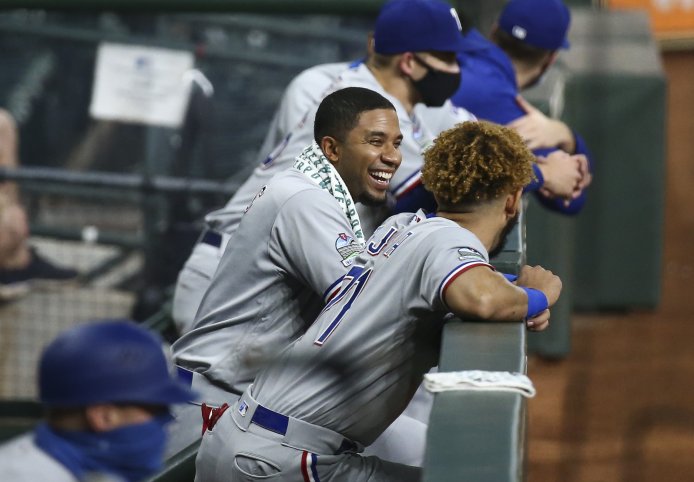 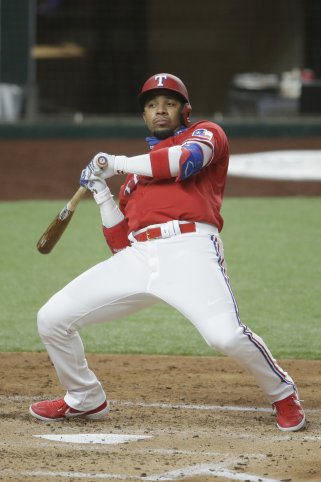 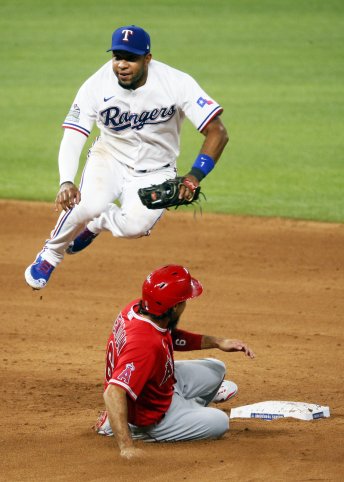 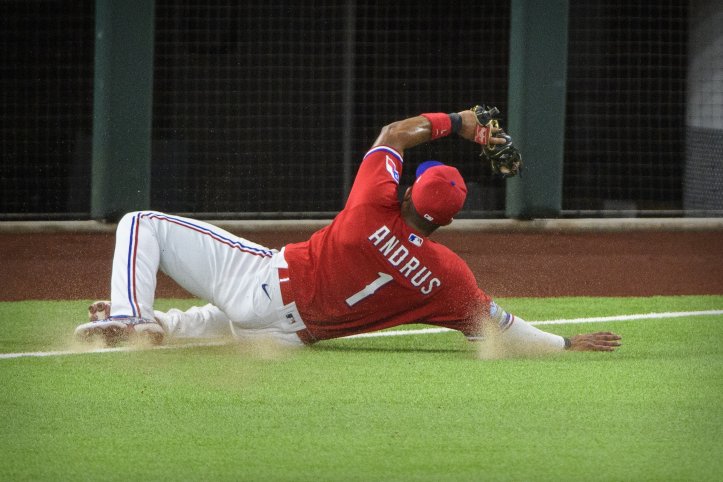 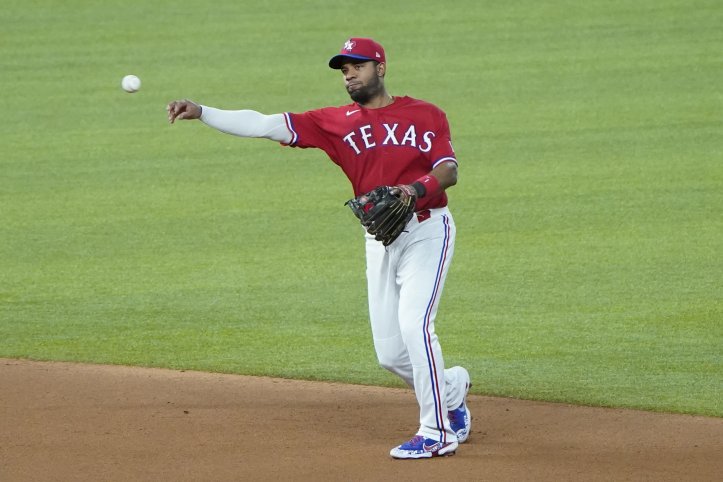 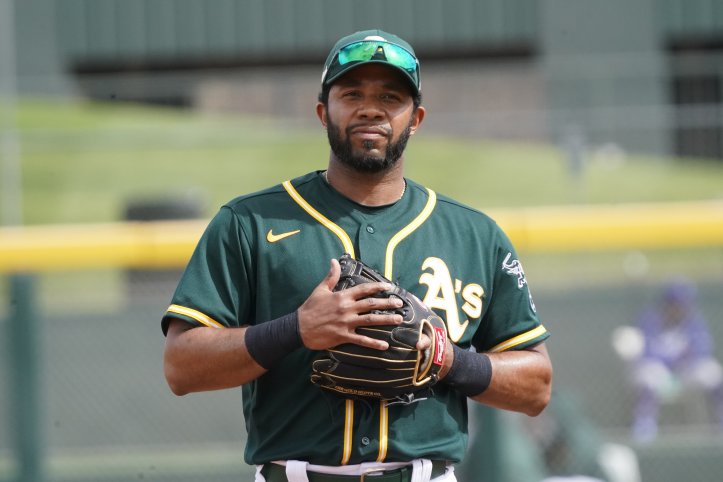 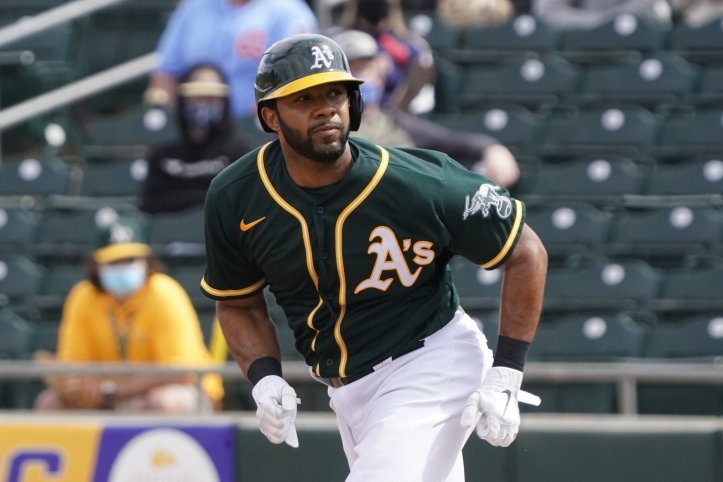