Page: THE WAITING IS OVER: NICK DIAZ PRIMED FOR RETURN TO OCTAGON AT UFC 266

THE WAITING IS OVER: NICK DIAZ PRIMED FOR RETURN TO OCTAGON AT UFC 266 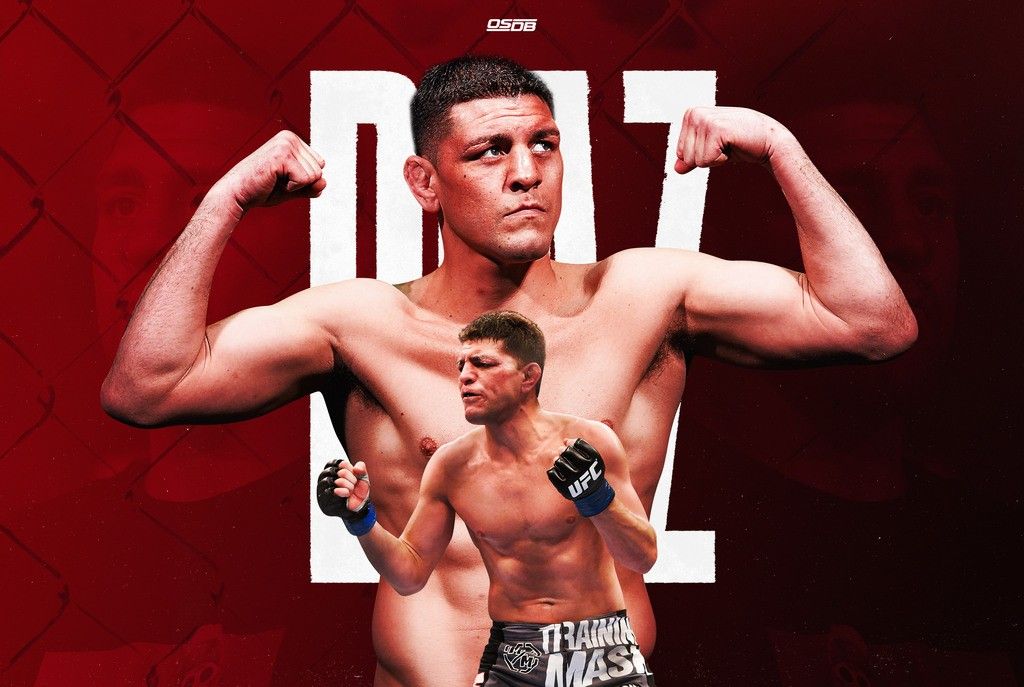 Next Saturday night in Las Vegas, Nick Diaz will compete for the first time in nearly seven years, stepping into the Octagon in an oft-discussed rematch with former UFC welterweight champion “Ruthless” Robbie Lawler in the middle bout of the five-fight UFC 266 Pay-Per-View main card.

In the years since his last appearance opposite Anderson Silva -- you know, the one where he laid down in the center of the Octagon for a second or two -- speculation and discussion around a Diaz return has been frequent, but for one reason or another, a return never materialized.

He’d pop up at fight cards and related events, showing up to support his younger brother Nathan, who has blossomed into one of the biggest stars in the sport in the years since big brother has been away, drop the odd video voicing his thoughts on something, or make the odd appearance speaking with a journalist, but every time talk of a fight would bubble up, the bubble would burst.

Throughout it all, Diaz’s popularity and position as a beloved iconoclast never wavered.

The loyalists that would vociferously argue, “Diaz 1, 2, and 5” continued to hold to their position, still adamant that they’re guy beat Carlos Condit and deserved to claim the interim UFC welterweight title. New worshippers at the Church of Diaz came onboard, many drawn in by Nathan’s success and moxie, curious to learn more about the older brother the perennial contender and main event fixture constantly mentioned.

Every fighter seems to carry an expiration date, a point where they’ve struggled for too many fights or been away for too long to where even the most ardent fans start to lose interest.

Nick Diaz is the exception.

It doesn’t matter that he’s been out of action since January 2016 or that his last victory came nearly a decade ago, when he battered BJ Penn at UFC 137 -- fans and media still buzz every time the idea of a return is floated out there, even with all the false starts and dashed hopes delivered in the past. Much like his younger brother, there is just something about Nick Diaz -- the way he fights, the way he carries himself, the way he expresses himself -- that permanently resonates with a large segment of the mixed martial arts audience, regardless of results, pseudo-retirements, or just about anything else.

A lot can change in the span of 10 days, but as of  now, the wait to see Diaz return to the Octagon is set to end next weekend, and despite the presence of two championship fights at the top of the card, it’s reasonable to say that his fight with Lawler is the one people are most excited to see.

They first squared off at UFC 47 -- Diaz was a 20-year-old with an 8-2 record and a reputation as a jiu jitsu player; Lawler had just turned 22 and sported an 8-1 record as the promising prospect from the famed Miletich Fighting System camp.

Conventional wisdom suggested Diaz would want to get the fight to the ground and avoid prolonged striking exchanges with the more powerful Lawler, who had earned six of his eight wins by stoppage. But in true Diaz fashion, conventional wisdom took a backseat to proving he was so much more than a grappler, as was happy to trade, using his length to slap at Lawler while taunting him, talking to him, and generally being the Nick Diaz everyone ultimately fell in love with and is eager to see return.

Diaz took some shots, exiting the first round with a bloody nose, but he rocked Lawler on a couple different occasions, dazing him with a clean one-two from his traditional southpaw stance midway through the frame. Just over a minute into the second round, shortly after UFC announcer Mike Goldberg questioned if Diaz was biting off more than he could chew by continuing to stand with Lawler, the 20-year-old landed a pawing right hand that caused Lawler to stiffen up and crash to the canvas, bringing the fight to a sudden, dramatic halt.

This was the night Diaz started to become a legendary cult figure within the sport -- the unexpected knockout of the more highly regarded power puncher standing as a reference point for what the tall, rangy, multi-faceted fighter from the Cesar Gracie camp could do when fighting at his absolute best. It would grow with a few more impressive and memorable performances inside the Octagon before Diaz started operating outside of the UFC, really taking shape and reaching new heights with his win over Takanori Gomi at Pride 33 and into his dominant run under the EliteXC and Strikeforce banners.

By the time he was ready to return to the UFC following the sale and shuttering of Strikeforce, Diaz was on a 10-fight winning streak and unquestionably the best welterweight competing outside the Octagon. He was the anti-hero counter to Georges St-Pierre’s professional good guy, and a fight between the two felt like one of the biggest possible matchups the UFC could make at the time.

It was two years before it ultimately came together -- a series of missed media obligations, injuries, and an interim title fight delaying the clash -- and when the seeming polar opposites hit the cage, St-Pierre dominated, wrestling away a unanimous decision win at UFC 158 that still somehow stands as the second-last appearance on Diaz’s resume.

Over the last couple years, next weekend’s bout with Lawler went from being a piece of fantasy matchmaking long-time fans with fond memories of their initial encounter wanted to see again to the obvious matchup should the Stockton, CA native finally put pen to paper on a fight contract.

After embarking on his own post-UFC adventure that included an appearance in Pride and starring alongside Diaz as signature talents on the EliteXC and Strikeforce rosters, Lawler returned to the UFC in 2013 and became the best welterweight on the planet. Not long after being a bulked up middleweight who dozed off at press conferences, the prodigal son came back and claimed his place atop the division, putting together an 8-1 run that included a pair of close title fights with Johny Hendricks and back-to-back instant classics with Rory MacDonald and Carlos Condit that ended with Lawler retaining his welterweight title.

Author’s Note: the second fight with MacDonald at UFC 189 remains the best fight I’ve seen live and my favorite fight of all-time; it is a tense four-part miniseries packed into 21 minutes of action and I can’t recommend it highly enough.

Things have taken a turn for Lawler since then, with the now 39-year-old entering the rematch with Diaz on a four-fight losing streak and having earned a single victory since edging out Condit on the cards in the first main event of 2016.

None of that stuff matters when it comes to the level of excitement and anticipation surrounding the weekend’s rematch.

It doesn’t matter that Diaz hasn’t won a fight in nearly a decade, that he wasn’t particularly competitive (or engaged, at times) in his last two outings, or that he’s 38 years old and more than five years removed from his last appearance in the Octagon -- people are still amped up to see the leader of the Diaz Army make the walk to the cage, and it’s honestly going to remain that way for the foreseeable future, regardless of what happens at UFC 266.

Diaz could lose a lopsided decision, look uninterested for long stretches, and call for a bout with Jorge Masvidal afterward and everyone would be instantly onboard with making that fight, much in the same way that his younger brother lost 24 minutes of his bout with Leon Edwards earlier this year, landed one good shot that wobbled Edwards late, and still came away from the bout like a conquering hero in higher standing than he was entering the contest.

That’s just how it goes with the Diaz Brothers -- Nick more so than Nathan, which sounds wild given the latter’s far greater activity and significantly higher profile in recent years — and it’s undeniable.

Nick Diaz is MMA’s anti-hero superstar and he’s finally back.