Page: UFC 274 PREVIEW: TWO TITLES ON THE LINE INSIDE THE OCTAGON ON SATURDAY

UFC 274 PREVIEW: TWO TITLES ON THE LINE INSIDE THE OCTAGON ON SATURDAY 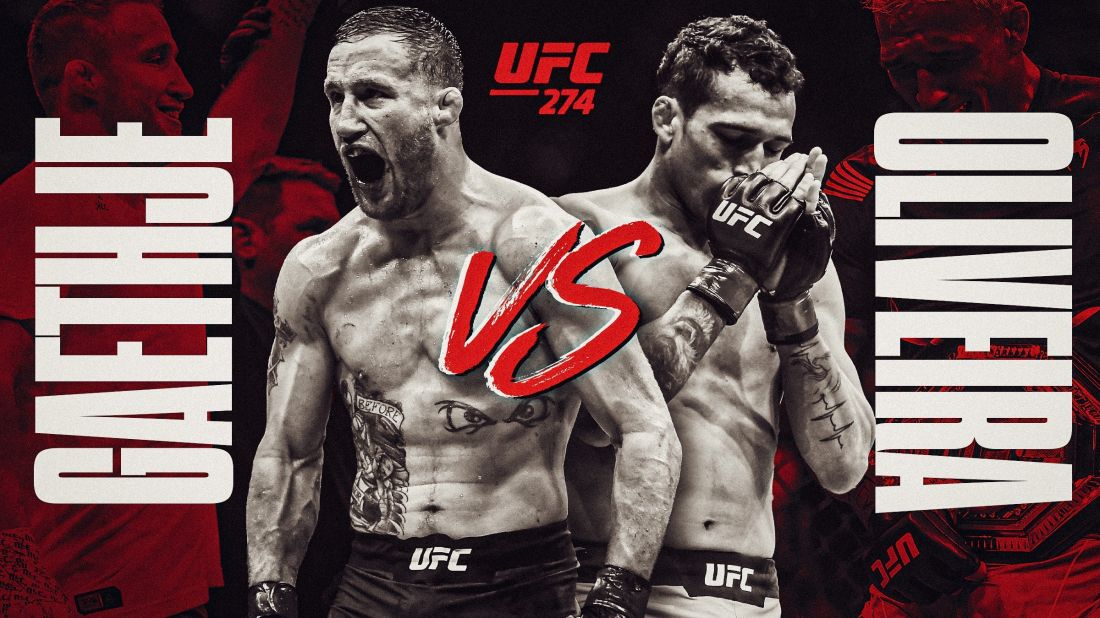 On the whole, the first four UFC Pay-Per-View events of the year have been excellent, producing some of the best fights and biggest moments in 2022.

From Francis Ngannou establishing himself as the undisputed heavyweight champion by using his wrestling to Alexander Volkanovski asserting his dominance over the featherweight division last month, the championship fights have all delivered.

In addition to the titleholders holding it down, the first four months of the year also produced breakout efforts from fighters like Victor Henry, Tai Tuivasa, Casey O’Neill, and Bryce Mitchell, with Khamzat Chimaev and Gilbert Burns combining for wildly entertaining, no punches pulled battle that was undeniably outstanding at UFC 273.

And now, it’s time for UFC 274, which brings a quality lineup from top to bottom to the Footprint Center in Phoenix, capped by a critical battle between lightweight veterans, and two highly anticipated championship fights.

These are the fighters and fights you need to be paying close attention to on Saturday night.

The 28-year-old Mexican-Canadian made her promotional debut last April, but this will already be her fifth fight in the UFC. While she enters with a 2-2 record inside the Octagon, Godinez is a prime example of why you can’t simply judge a competitor by their results.

She lost her debut against Jessica Penne by split decision in a fight the majority of the media scored for the newcomer, not the former title challenger. She volunteered to fight up two divisions just over a month later, but was denied the opportunity before she ultimately returned in October and scoring a first-round submission win over Silvana Gomez Juarez.

Seven days later, the grappler jumped a weight class to face Luana Carolina on short notice, holding her own against the taller flyweight before landing on the wrong side of the scorecards. A month later, Godinez made her final start of her rookie campaign, registering a unanimous decision win over Loma Lookboonmee.

The hyper-active strawweight has displayed sound grappling, improving hands, and more grit and toughness than you generally come to expect from fighters with as little experience as she has, all of which combines to make Godinez someone to keep an eye on when she takes on fellow emerging talent Ariane Carnelossi this weekend.

It seems like Fialho is looking to follow in Godinez’ footsteps this year, as Saturday’s clash with newcomer Cameron VanCamp will be the Portuguese welterweight’s third appearance of 2022 and second in the last four weeks.

The Sanford MMA representative dropped his short-notice debut to surging Brazilian Michel Pereira in January, holding his own in a tough assignment right out of the gate. Last month, he stepped in with Miguel Baeza and stopped the Dana White’s Contender Series grad late in the first round, and now he’s hustling right back into the Octagon to sling leather with VanCamp, a 29-year-old with a similar record, but who has faced far less established competition.

Fialho looks like a potential Top 15 talent in the welterweight division, and this fight should be a tremendous showcase opportunity for the ascending first-year UFC fighter. Another emphatic victory this weekend should put in him a position to face a much more established name next time out, and a win there would have him knocking on the door of the welterweight rankings.

Warning: this one has a chance to make you sad if you’re a Tony Ferguson fan.

The veteran lightweights meet in the middle fight of Saturday’s main card — Chandler entering off consecutive losses to the two men competing in the main event, Ferguson coming in on a three-fight slide that adds a loss opposite Beneil Dariush to Chandler’s run. The difference is that while Chandler had positive moments in each of his 2021 setbacks, Ferguson has looked like a slowed down, shopworn version of himself, and touches down at UFC 274 searching for his first victory since June 8, 2019.

Chandler is a compact powerhouse — all explosion and impact — who ruled the Bellator lightweight ranks for a long time, and has made an immediate impact through his first three UFC appearances.

Ferguson was the 1B to Khabib Nurmagomedov’s 1A for an extended period, but never managed to face the unbeaten Russian or fight for the undisputed title. It’s one of the great tragedies of the last several years, and now it appears like Father Time is closing in on him.

Chandler says he’s going to get “El Cucuy” out of there in a hurry or beat him badly over 15 minutes. Ferguson intends to show he still has plenty of fight left in him.

The former seems far more likely than the latter, but we’ll find out for sure this weekend.

Two thousand, seven hundred, and four days after they met in the first UFC strawweight title fight, Rose Namajunas and Carla Esparza meet for a second time, with championship gold once again hanging in the balance.

Namajunas enters as the two-time defending champion and a far more complete and composed version of the fighter who lost to Esparza in the finals of the championship tournament on Season 20 of The Ultimate Fighter. The 29-year-old has won three straight and six of her last seven, including winning and successfully defending the title in a pair of fights with Zhang Weili last year.

Esparza was the top strawweight in the world heading into TUF 20 and proved herself as such in the competition, dominating the inexperienced Namajunas to claim the title with a third-round submission win. She lost the belt in her first title defense and has suffered a couple additional setback since, but arrives in Phoenix on a five-fight winning streak, capped by a mauling of Yan Xiaonan last May.

One of the interesting angles heading into this fight is that Namajunas is 4-0 in rematches, having avenged earlier losses to Tecia Torres and Jessica Andrade, as well as winning a pair of bouts with Zhang and Joanna Jedrzejczyk. Can she maintain her unblemished record in rematches or will Esparza become the division’s second straight two-time champion?

This one is going to be electric.

Oliveira used 2021 to push his winning streak to 10 and ascend to the top of the lightweight division, winning the belt with a second-round stoppage win over Chandler in May and solidifying his position atop the 155-pound weight class with a third-round submission finish against Dustin Poirier.

Gaethje fought just once, beating Chandler in a legitimate slobberknocker at Madison Square Garden in November. When I asked him years ago to describe his fighting style in a single word, he said, “Carnage,” but the best description of who Gaethje is as a fighter came earlier this week from veteran Joe Lauzon, who takes on Donald Cerrone in Saturday’s pay-per-view opener.

During his media session on Wednesday, Lauzon said Gaethje“will light himself on fire to try to burn the other person a little bit” and that is 100 percent correct and perfect and never going to be bested.

The pre-fight talk around this one has all been coming from Gaethje, as Oliveira prefers to stay quiet and let his performances speak for him. The challenger has continued to question the champion’s heart and ability to deal with adversity — a reputation that has hung with him from his earlier days in the Octagon, but that should have been silenced when he traversed rough terrain in his wins over Chandler and Poirier last year.

Oliveira will have to navigate more on Saturday if he wants to hold on his title and further cement his standing as the top lightweight in the world (and one of the best of all time), but that is certainly a real possibility, which means so is Gaethje being forced to eat his words with a side of humble pie.