UFC 2023: PLENTY OF REASON FOR EXCITEMENT 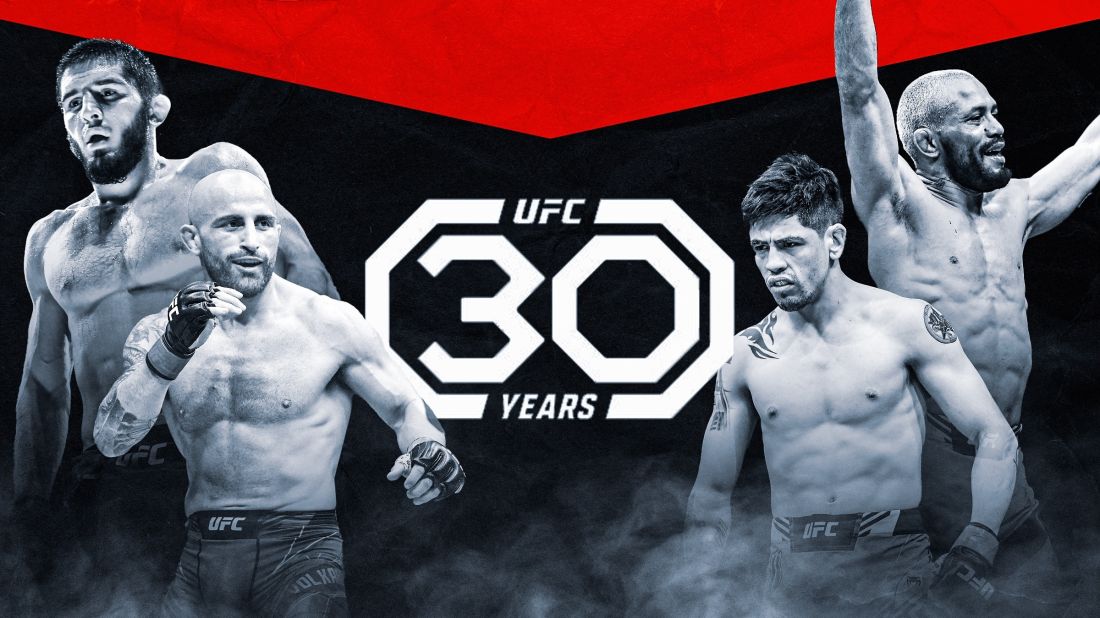 Maybe it’s because I’m an eternal optimist, someone who’s answer to most questions focused on challenges and hurdles is “we’ll make it work,” but as we ready to kick off the UFC’s 2023 campaign this weekend, I’m filled with excitement.

A quick glance at the first quarter slate for the UFC shows four pay-per-view events in a nine-week span, which means at least four championship fights, plus the interim featherweight title fight that has already been announced for UFC 284 in Perth, Australia.

Three of those events — UFC 283 next weekend, the aforementioned February event down under, and UFC 286 — are international events, which means raucous crowds in full throat from the opening fight of the night. After several years of listening to folks complain about the lack of atmosphere and audiences that comes with events at the UFC APEX, those international dates should give those wanting to hear crowds going crazy (and idiots doing the Ric Flair non-stop) the type of big fight feel they’ve said has largely been missing these last couple years.

One of those pay-per-view events — UFC 284 on February 12 (airing February 11 in North America) — features one of the most intriguing and anticipated matchups of the years, as featherweight champ and pound-for-pound king Alexander Volkanovski ventures up a division to challenge Islam Makhachev for the lightweight title.

A week later, bantamweight contenders Marlon “Chito” Vera and Cory Sandhagen headline a Fight Night event back at the APEX that has potential Fight of the Year written all over it.

And while I understand the desire to lament the first main event of the year changing at the start of Fight Week, as happened on Monday, when Kelvin Gastelum was forced to withdraw from his bout this weekend with NassourdineImavov, can I let you in on a little something?

But my excitement extends well beyond these opening weeks, a strong pay-per-view schedule to kick off the year, and a couple thrilling matchups that are on deck.

For all the bellyaching that is done about the number of young, inexperienced fighters bring brought onto the roster through programs like Dana White’s Contender Series or the well-worn Ultimate Fighter series, the truth is that the level of talent in the UFC has never been better.

There may be fewer names that you immediately recognize and a dearth of identifiable superstars like those that defined bygone eras, but up and down the roster, across all the weight classes, this is the most skilled, most talented, most promising collection of athletes to ever grace the Octagon.

In just about every division, there are at least one or two genuinely fascinating young talents in the early stages of their careers showing flashes of championship upside and experienced, successful stalwarts that can’t crack the rankings because the level of competition is just too great.

Bantamweight and lightweight are freakishly consistent, delivering quality fights just about every weekend, with both flyweight divisions, the featherweight ranks and welterweight not far behind either.

Deiveson Figueiredo and Brandon Moreno meet in the first quadrilogy in UFC history next weekend, battling for the flyweight title for a fourth time in the main event of UFC 283 in Rio de Janeiro, Brazil.

We’re starting the year with something that has never happened in the 30-year history of the UFC and you’re telling me there aren’t reasons to be excited? That crowd is going to be fired up from the jump, and the “Uh VaiMorrer!” chants (translation: “You’re Gonna Die!”) Should be loud and constant from the second Moreno starts to make his way to the Octagon.

There is intrigue at the top of the middleweight division after Alex Pereira unseated Israel Adesanya in November, and the uncertainty of who reigns supreme at light heavyweight has injected excitement into a weight class that had previously felt a little stale.

Heavyweight is a division where more questions than answers reside, but as an optimist, I see a landscape rife with opportunities.

Champion Francis Ngannou should be near full health after undergoing knee surgery following his lone appearance of last year, and while his contract situation is unclear at the moment, a return to the fold makes a great deal of sense (and dollars) for all parties, and brings with it the potential for a couple huge fights.

Jon Jones has been waiting to make his official move to the heavyweight division for nearly three years now, and a clash with Ngannou for the heavyweight title would be a colossal attraction whenever it comes together.

In addition to those two, former champ Stipe Miocic remains an intriguing peripheral figure that could come back, and divisional mainstays like Ciryl Gane and Curtis Blaydes are flanked by ascending talents Sergei Pavlovich and Tom Aspinall, creating a promising mix of heavyweight standouts.

Flyweight queen Valentina Shevchenko has a host of aspiring contenders looking to chase her down, but also starts the year with two potential “Champion vs. Champion” clashes available to her. If she wants to move back up in weight, a third meeting with bantamweight ruler Amanda Nunes is always an option, as each of the duo’s first two meetings were close, competitive fights. Or she could welcome two-time strawweight titleholder Zhang Weili to the 125-pound ranks for what would be an absolute must-see meeting between the two elite talents.

Conor McGregor is expected to make his return, and that is sure to make waves, regardless of who stands across from him.

Former two-division champion Henry Cejudo is plotting a return to action, and could waltz right back into a championship opportunity, especially now that bantamweight titleholder Aljamain Sterling is dealing with a biceps injury.

And then there is Raul Rosas Jr., an 18-year-old with an abundance of upside, working to take the next steps towards trying to break Jones’ record as the youngest champion in UFC history. Watching his progression and development will be captivating theatre this year and for many more to come, and those are just the scheduled events and exciting possibilities that we can consider and discuss right now.

Who knows what else is going to pop up over the course of the year?

Plus, it’s the 30-year anniversary of the UFC — do you really think the organization isn’t going to try to pull off a couple massive fights and major moments in order to celebrate this milestone?

There has never been as much high-level talent on the UFC roster, and the emerging class of contenders is already starting to take aim at the tenured vets and entrenched names ahead of them.

This is an incredible time to be a fan of the action that takes place inside the Octagon, and I cannot wait for things to get underway on Saturday evening.