Page: October is the best sports month of the year … by far

October is the best sports month of the year … by far

By OSDB Staff | Posted 13 days ago 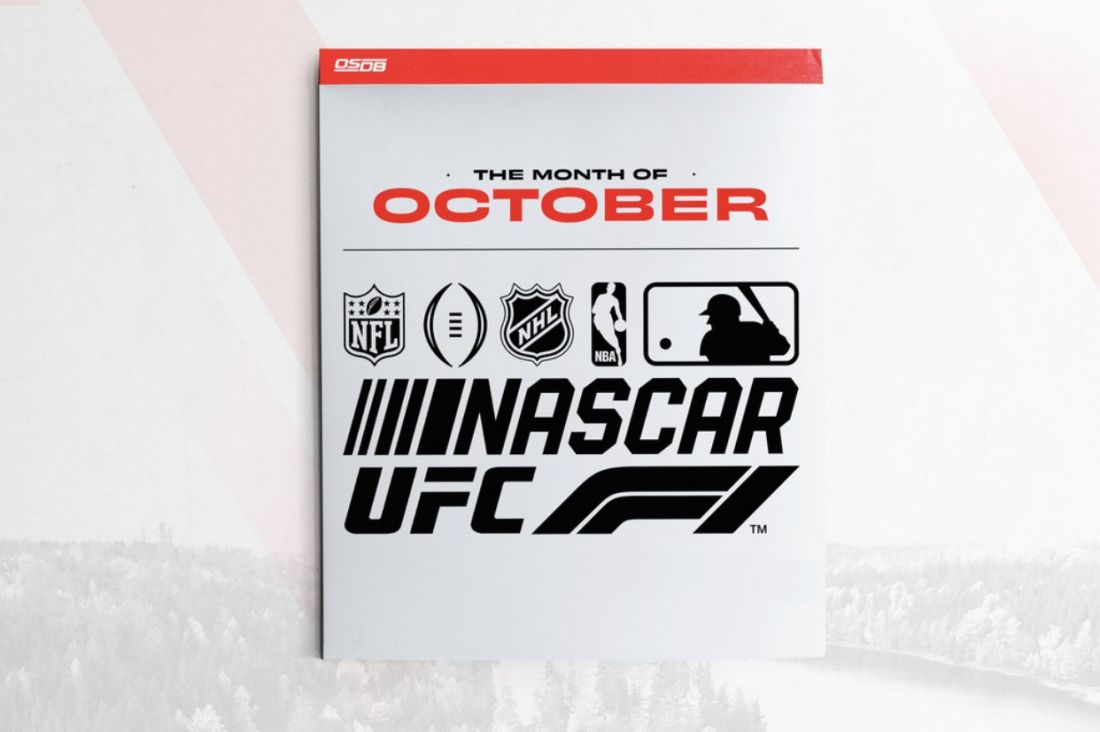 Is there a better sports month than October? We at OSDB Sports think not.

The calendar is full of events – big ones – in sports of all sorts. Try and find another month where more is going on and on and on…

The NFL is king and this October we already have had the homecoming of Tom Brady to New England, a game that captivated the country, garnering TV eyes at a near-record level.

And as the pro football season gets deeper, the interest is only going to heighten. And the fact that sports betting is legal in so many states is only rising the intrigue for fans, hardcore and casual alike.,

Then there are Fall Saturdays. The argument could be made that nothing – nothing – is better than what college football gives you on a given day.

The games start early in the morning and don’t end until near midnight in any time zone. Leave your television, phone or computer at your own risk. You never, ever know what you will miss.

The MLB postseason started with dramatic wild-card games as the Boston Red Sox bounced the New York Yankees in an always-riveting rivalry. The final score mattered not, the fever hatred pitch of these teams is unrivaled in sport.

Oh, and then there was Chris Taylor’s game-winning home run for the Los Angeles Dodgers in the NL Wild-Card game. All that was on the line for the Dodgers was an 106-win season hat could have been flushed with a loss to the Cardinals.

This drama occurred before any series actually started.

What did the Dodgers earn for advancing? A date with the 107-win San Francisco Giants in arguably the biggest rivalry the National League has to offer.

And while it isn’t as heated, the Milwaukee Brewers face the Atlanta Braves, who have some history with the Cream City, having called it home before moving South.

In the American League, you have AL East rivals going at it with the Tampa Bay Rays and Boston Red Sox. Speaking of Sox, those hated, cheating Houston Astros drew the Central Division champion Chicago White Sox.

These matchups are only the Divisional round and the LCS and World Series await.

Speaking of heavyweight dates, how about the display of slugging Tyson Fury and Deontay Wilder put on Saturday night in Las Vegas. More hits were displayed than at most rock concerts.

And after finishing Wilder, Fury delivered a hit, singing “Walking in Memphis” as is his tradition to croon after fights.

Two of the biggest scrappers are racecar drivers. Yep, Lewis Hamilton and Max Verstappen are going at it for the F1 championship. And the great drivers seem to be enjoy getting in each other’s way on the track as they have been on a collision course throughout the season.

All this before the NHL drops the puck on its regular season this week as the Tampa Bay Lightning look to three-peat. And speaking of three championships, Tampa could have the Buccaneers, Lightning and Rays as champions all at once.

The NBA is grabbing headlines for good and bad as the Kyrie Irving vaccination saga plays out with the Nets. The Association will tip off later this month. Will the Los Angeles Lakers be able to, um, rebound, from an ousting last season with the addition of Russell Westbrook, Carmelo Anthony and other veterans?

There’s always a story somewhere in the NBA so the headlines and highlights will match the hype before we hit November.

Soccer continues as a fever pitch as MLS heads toward its playoffs while World Cup qualifiers and all sorts of international matches take place in October.

Enough? We haven’t mentioned UFC, golf, tennis and … you get the picture.

As Lane Kiffin once said, “Get your popcorn ready” or something like that.