By Holly Cain | Posted 9 days ago 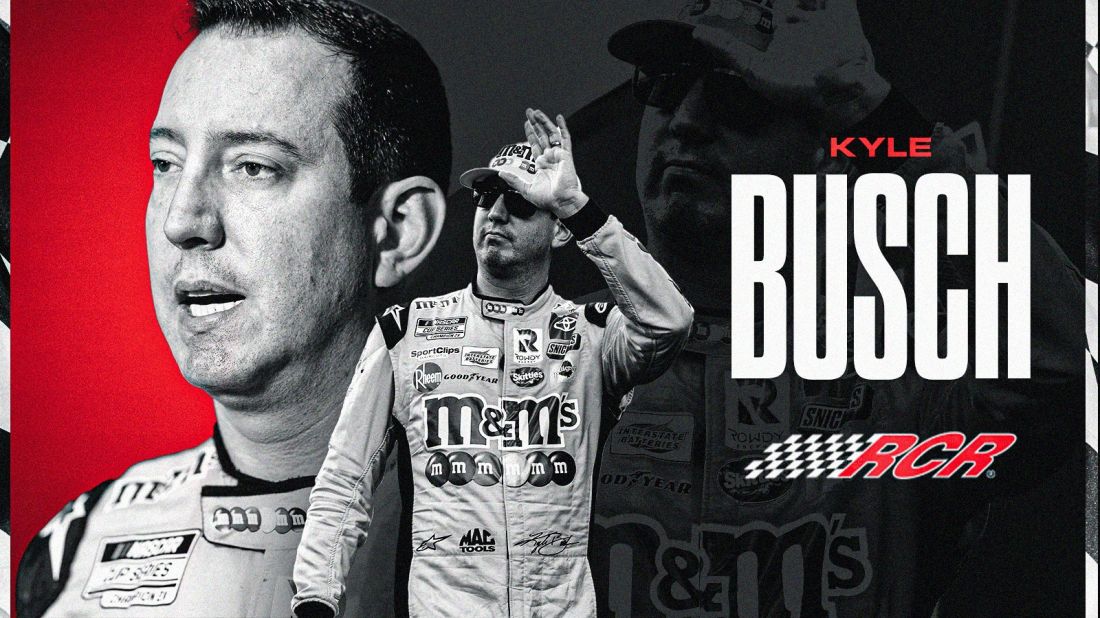 Two-time NASCAR Cup Series champion Kyle Busch’s Sept. 13 announcement that he was leaving his title-winning Joe Gibbs Racing team for Richard Childress Racing next season represented a seismic shift in team play not seen in the sport for years.

The situation has been every bit as intriguing as a star NFL quarterback or NBA point guard highly motivated and on the open market.

Seven-time series champ Jimmie Johnson won all seven of his record-tying titles driving for Hendrick Motorsports as did his former teammate Jeff Gordon, a four-time series champion -- and both retired from fulltime competition while still at Hendrick.

The only driver in the last 28 years to earn multiple titles with one team and then move to another was Tony Stewart, who won a pair of championships for Gibbs (2002 and 2005) and then started his own team, Stewart-Haas Racing, where he won another season trophy in 2011.

During the recent and uncertain summertime months when the impending free agent Busch was hounded by the media for word of his “next season” plans – he said he honestly didn’t know what was in store.

Toyota – for whom Busch has driven at the Cup level with Gibbs for the past 15 seasons and for whom he fielded his own championship-winning NASCAR Camping World Truck Series team – would only say it was speaking with Busch.

Toyota executives offered up the typical, “We’d love to have him back, but support his decision” type of non-committal address to the situation as recently as the Daytona Beach, Fla., final regular season race on Aug. 27.

In signing with the RCR team last week, Busch returns to Chevrolet-power, where he started his NASCAR Cup Series career and with a team seeking its first series championship since the late Dale Earnhardt won his seventh title in 1994.

As with Busch, both of RCR’s current drivers – Austin Dillon and Tyler Reddick ---qualified for this season’s championship run and were eliminated following Saturday night’s race at Bristol, Tenn.

Understandably frustrated with the unhappy ending to 2022, Busch does take solace in what the future holds.

“RCR has an impressive history in NASCAR and I’m honored that Richard [Childress] is putting his trust in me to come and continue to build on that legacy,’’ Busch said. “Growing up in a family of passionate racers myself, I feel like the culture that the Childress family has built within their organization will be an ideal fit for me.’’

Busch revealed he has a special clause in his contract with the Childress team that would allow him to compete in the Indianapolis 500 should the opportunity arise.

Chevrolet is one of NTT IndyCar Series’ engine suppliers.

With a wide grin he added, “By all means any IndyCar teams that are Chevrolet, call me up.’’

Busch’s older brother Kurt finished seventh in his only Indy 500 start in 2014, earning the prestigious Rookie of the Race award before flying to Charlotte to

complete the ultimate racing doubleheader, competing in the NASCAR Cup Series 600-miler later that day. It was the last time a fulltime NASCAR driver competed in the historic Indy 500.

While Kyle Busch is undoubtedly one of the most talented drivers to take a green flag, he is also one of the most polarizing drivers on the grid. Crowds tend to love him or hate him – but his work behind the steering wheel is universally respected.

Busch has proven time and time again, he’s a winner. And there is no doubt he goes into one of the most important spans of his career still at an age considered “prime” with an attitude that couldn’t possibly be more competitive.

At the long-awaited press announcement last week, fittingly held at the NASCAR Hall of Fame in Charlotte, current Hall of Famer Childress presented his new driver with a wristwatch and a grin.

It was a nod to a famous incident a decade ago when Childress was so angry with Busch after a NASCAR truck race, he sought out the driver to settle things himself and told a team member to “hold my watch” in case it got physical.

Childress received a hefty $150,000 fine for the confrontation. He’s likely to get all that -- and more -- back, with the highly-motivated and talented Busch now on his side to give the organization more than a “fighting chance” for its first NASCAR Cup Series trophy in nearly three decades.