Page: The ghosts of 1978 come back to life at Fenway Park

The ghosts of 1978 come back to life at Fenway Park

By Kevin Kernan | Posted 1 year ago 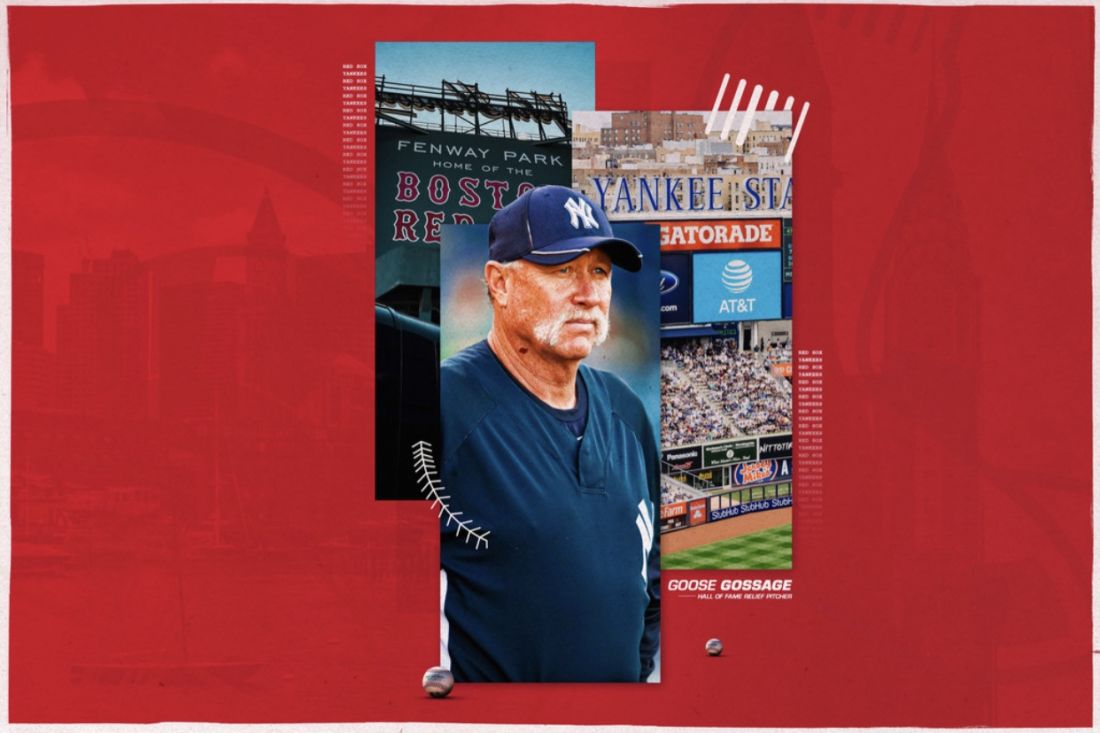 It has taken 43 years but once again the Yankees and Red Sox will meet in a one-game playoff at Fenway Park. The greatest rivalry in the game finally gets an encore on Tuesday.

For Yankees closer Goose Gossage the memories of that 68-degree New England day burn bright. Before we get to Bucky Dent’s stunning three-run home run off Mike Torrez in the seventh inning or the final out that Gossage induced by getting Carl Yastrzemski to pop up to third baseman Graig Nettles in foul territory, enabling Yankee fans to exhale for the first time in two hours and 52 minutes, while Red Sox fans once again cursed the baseball gods, you must understand this about that Monday, the 2nd of October.

The name of this game has changed, this is now the American League Wild-Card matchup, back in ’78 it was simply Game 163 and it is considered by many the greatest baseball game played.

The Yankees and Red Sox finished in a 99-63 tie for first place in the AL East in 1978. Now the stakes remain the same and 43 years from now the winners of Tuesday night’s game will look back on the memories of this game and smile, while the losers think of what might have been in this win-or-go home experience of a baseball lifetime.

There is nothing like the pressure of a one-game playoff, especially a Yankees-Red Sox one game matchup.

To fully understand the essence of this game and the memories that will be made, for players and fans, listen to what Gossage said about the atmosphere that October day in ‘78.

“The electricity, there was a calm over Fenway, almost a low murmur, you could feel in your bones how big this game was,’’ Gossage told OSDB Sports. “There wasn’t the raucous kind of loud atmosphere. It was something I never felt before or never heard before and I never heard or felt it since.

“It made you nervous. It made me nervous and I think that same nervousness everybody was feeling.’’

“To me that was one of the greatest senses about that game, that whole atmosphere, oh my god, it was like, ‘whoa! It was like holy shit. It was incredible, one of the most incredible experiences I’ve ever had, the biggest game I ever pitched in, by far.’’

And get this: “Everything after that game was like a frigging spring training game,’’ Gossage, 70, told me from his home in Colorado. “That game was that immense. We hated their asses and they hated us. We catch them, 14 games out, whatever we were.’’

“The whole saga, the whole story, oh my god, what a team that was, that was a great Red Sox team and we had so much respect for them and vice versa,’’ Gossage explained.

You could hate them but you had better respect them.

“Absolutely,’’ Gossage said. “It was good old-fashioned hardball. We didn’t talk to them before the game. We weren’t hugging and loving and kissing, it was bleep you, you mother-f—. You want to bleep with us, bleep with us, but there was that much respect is what I’m saying. We weren’t going to start it, just let’s go play good old-fashioned hardball, taking guys out at second base. Taking a catcher into the seats. Whatever. It was beautiful.

This from a Hall of Fame pitcher who knew all about pressure, being a closer back in the day when saves were often two and sometimes three innings.

Gossage’s career was a razor’s edge, the game in the balance. But that 1978 Game 163 was nothing like he had ever experienced before in his baseball life.

Gossage appeared in 1,002 games over his 22-year career. He pitched in 19 postseason games, three World Series with eight appearances, but that one game was like nothing else.

Baseball has changed much since Gossage’s day and not for the better. The influence of analytics, the new rules that have taken away the inner combat of the game, the hard slides into second base, the explosive plays at home, pitchers being able to protect their hitters and so much more have affected Gossage’s view of the modern game.

Gossage, like so many former players I have talked to, does not watch much baseball now.

“They’ve cut my heart out with baseball,’’ he told me. “The torch is not being passed within the game.’’

“There is a picture that captured it all,’’ Gossage said. “It’s a picture of Nettles catching the popup, and in that picture the crowd is captured behind him and it is like they are in shock. I was like, ‘Wow, look at these people. I think the faces tell it all.’

Goose Gossage lived the moment and in real time he said of that final out, “You could almost hear a pin drop except for all the Yankee fans that were there and there was George (Steinbrenner) right there in the box.’’

That game had some unbelievable moments that kept everyone on edge.

“Oh my god, big plays, back and forth,’’ Gossage recalled.

The biggest being the Dent three-run home run with two outs in the top of the seventh. Earlier this year Roy White, who was on first base for the home run, told me that Dent had hit the ball over the Green Monster using his bat.

White had given some bats to Mickey Rivers earlier in the season and during batting practice that day, Dent was scuffling so Rivers told him to try the bat he was using. It was a Roy White model.

“Bucky tried it and said,’ ‘Yeah, that feels pretty good,’ ’’ White recalled. During the game Dent was using that model but it was the batting practice version.

“When he fouled the ball off his foot and came back into the on-deck circle, Mickey saw his bat and said, ‘Hey, why are you using that one,’ The bat had a little chip in the knob, a little crack there,’’ White explained.

“Bucky said, ‘I didn’t want to use your game bat.’

The batboy then gave Dent the new bat.

“Bucky went up there and hit the home run,’’ White said.

Then there was the defensive play Lou Piniella made in the blinding sun of right field in the ninth inning, stabbing Jerry Remy’s one-out, one-hop drive off Gossage to Piniella’s glove side to keep the runner Rick Burleson at second instead of third with the Yankees clinging to a 5-4 lead. Gossage got the next batter Jim Rice on a fly to right and then the final popup to Nettles.

Don’t forget in the bottom of sixth inning, Piniella ranged far into the right field corner to catch Fred Lynn’s drive off Ron Guidry into the sun with Rice on second to end the inning and save a run.

“Lou had to guess where Remy’s ball was going to come out of the sun and made that stab and really that gets by him we have a tie game,’’ Gossage, 26 at the time, said of the ninth-inning glove work. “Lou never got the credit he deserved. He was one of the most sure-handed outfielders I have ever seen, and Lou got good jumps on the ball. He might not have been the fastest, but he got good jumps on balls, he really did. He was a hell of an outfielder. If he could get to it he would catch it. He was fun. That whole team was fun.’’

Guidry won the AL Cy Young that season. Thurman Munson was the heart and soul at catcher and another Hall of Famer Reggie Jackson hit the home run to lead off the eighth off Bob Stanley to put the Yankees on top, 5-2. Somehow, the Yankees held on for dear life.

I was a year into my writing career and I remember watching that game at Ramapo College on a giant projection screen. As Remy’s ball screamed to right Yankees announcer Bill White let out, “Piniella can’t see the ball!’’

Every Yankees fan heart was in their throat. Piniella stabbed with his glove and then made a strong throw to third. To me that remains one of the great defensive plays in the history of the game and during the replay, White said, “Good play by Piniella fighting the elements here at Fenway Park.’’

The entire game was a fight in the elements and the Yankees were still standing at the end.

The Yankees went on to beat the Royals in the ALCS in four games and then the Dodgers in the World Series in six games to capture back-to-back World Series for the first time since 1961-62. Gossage did not allow a run in six innings of World Series work and only one hit and Dent was named World Series MVP, batting .417 in the Series.

They never would have gotten there without that 5-4 win for the ages in Game 163.

Now the Yankees and the Red Sox are back where they were in 1978. Back where both teams belong. One game to survive. New heroes will emerge Tuesday night at Fenway Park. Will it be a star like the Yankees Aaron Judge or the Red Sox Rafael Devers or will it be a shocking player like Bucky Dent?

One thing is certain, this will be a night to remember – even 43 years from now.