Page: Fan Controlled Football promises to be twice as much fun in 2022

By Cameron Dasilva | Posted 11 months ago 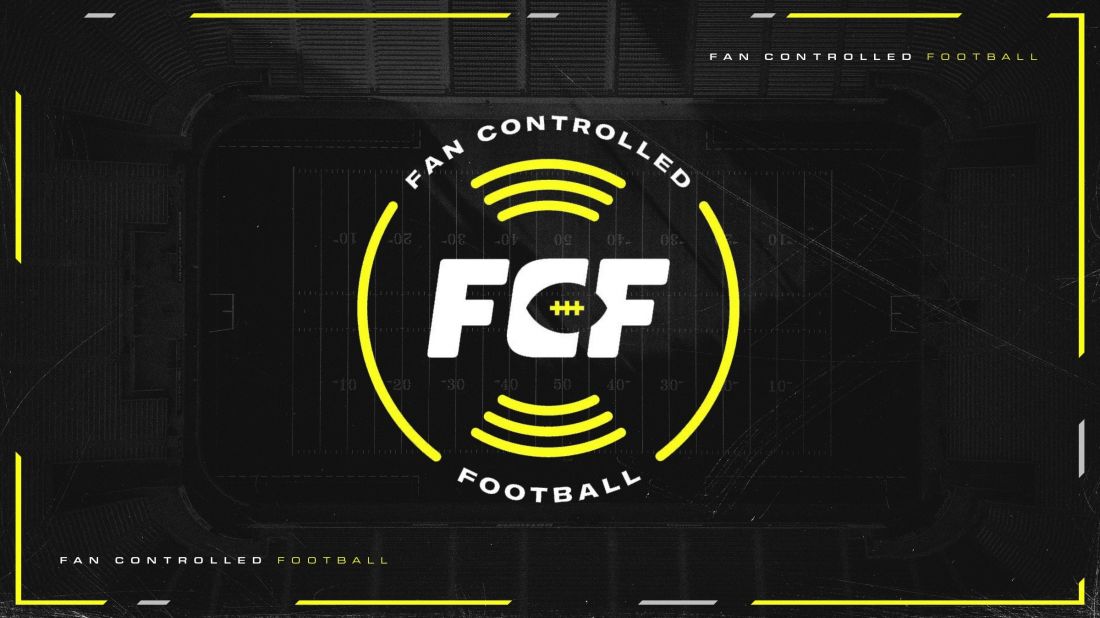 There’s only one NFL, but there have been several start-up leagues that have tried to capture the interest of football fans with organizations of their own. The FCF, or Fan Controlled Football, is among them, taking a unique approach to America’s most popular sport.

Rather than coaches and coordinators calling the plays, fans are handed the controls – almost as if they’re playing “Madden.” They call the shots, pick what plays the team runs and watch it happen live.

It’s a league unlike any other in sports, living up to the FCF’s motto: “Power to the Fans.”

After a successful first season, the FCF is back for more in 2022. The league will start its second season, which it is calling v2.0, after the NFL wraps things up in February with Super Bowl LVI.

And as one would expect, the upcoming season of FCF will be bigger and better. The league is expanding from four teams to eight, doubling in size but keeping the same fun approach that caught the attention of so many.

Games are an hour long and are played on a 50-yard field, pitting seven offensive players against seven defenders. There are no special teams, punts or field goals, keeping things to a battle between the offense and defense.

Those running the league didn’t sit idly by as the first season was going on. They gathered as much information as possible, researching what worked and what didn’t in 2021.

“We did a lot of research and polling of our audience to get a sense of what we did well and what we can improve upon,” Sohrob C. Farudi, CEO of the FCF said via email. “We even did that during the season in real-time, and made real-time adjustments to the rules and gameplay to ensure fans were getting the product they wanted. We treat the game on the field like software, and we’ll continue to iterate on it based on feedback from the fans.”

In an era when video games are so wildly popular and esports has grown exponentially, it only makes sense for the FCF to treat the league like software, with updates improving the overall user experience. And those are have come to love esports are familiar with the platform the FCF is streamed on: Twitch.

Fans call the plays, watch the games and go through drafts all on Twitch, which has become an asset to the league. The FCF has also made significant improvements to their app, which at one point was the No. 1 downloaded sports app on the Apple App Store from Feb. 13-15.

“We are significantly enhancing the user experience on both Twitch and in our mobile apps,” Farudi said. “We were incredibly happy with almost everything in v1.0, but we are putting a focus on 1) better communicating our unique ruleset and power ups to fans and 2) more cameras and better production value so we can avoid some of the issues with had with bad angles on certain plays. We won’t be scrapping anything, just adding and improving.”

One of the biggest changes coming to the FCF in Year 2 is the addition of NBCLX as a broadcast partner. Fans will be able to watch games on NBCLX next season, giving them the chance to use the mobile app as a second-screen experience.

The FCF is all about the user experience and involving fans in the action, because they’re the ones driving the popularity and engagement.

“NBCLX will be taking our produced feed from the games, so the product will be the same no matter where people are watching,” Farudi said. “With that said, viewers on NBCLX will be utilizing our mobile app for a second screen experience vs. the single screen experience on Twitch. We’re going to be doing even more in v2.0 to bring fans into the broadcast, interact with chat, etc. and even NBCLX viewers will be able to experience that.”

As for the players, Johnny Manziel is the most recognizable in the league. Josh Gordon also suited up in the FCF, catching a game-winning Hail Mary in March. Fans might also recognize former USF quarterback Quinton Flowers and former Georgia safety Dominick Sanders, who have played in the FCF, too.

More ex-NFL players are expected to take part in the league next season, thus driving up interest further for 2022. The names will be announced at a later date, however.

There’s a lot to build on after a successful first season during the COVID-19 pandemic with v2.0 taking the league to new heights. After generating more than 10 million live views on Twitch last season, the expansion with NBCLX and further integration with Twitch should only help the FCF grow.

The expected addition of a sports betting element will only help the growth of the league, given the boom in sports betting as more states legalize it.

“We’ll be making an announcement on that in the not-too-distant future,” Farudi said. “It’s part of our longer-term strategy to create as much engagement as possible for fans.”

They have the backing of some big-name stars, who have a stake in the four teams currently in the FCF. Richard Sherman and Quavo are owners of the Glacier Boyz, Dalvin Cook is a co-owner of the Zappers, Marshawn Lynch owns the Beasts and Austin Ekeler is a co-owner of the Wild Aces.

There’s no lack of smart people invested in the idea of a fan-controlled football league, which gives the FCF the backing it needs.

Of course, the FCF isn’t the only start-up football league around, with the XFL attempting to get off the ground once again after Dwayne “The Rock” Johnson bought the league.

The XFL will return in 2022, and Farudi wouldn’t rule out the idea of working with Johnson and the XFL.

It would have to be under the FCF’s conditions, of course, given the unique nature of the league and the way it operates.

Farudi is concentrating on building up the FCF with v2.0 starting after the Super Bowl, but he would never say never when it comes to working with the XFL.

“We are focused on building FCF to be the best it can be, and we’re also going to be bringing our second Fan Controlled sport in 2022,” he said. “With that said, we’d never say no to a conversation with Dany and Dwayne about FCF + XFL and how that could work, but we won’t deviate from what we set out to do 5 years ago, which is putting the fans in the driver’s seat of every decision top to bottom. If the XFL would be willing to play by our rules, we’d welcome their 8 teams into FCF and we could expand the league to 16 teams pretty quickly.”

With the NFL season ending in February, fans are itching for more football in the spring. The FCF hopes to fill that void once again with the second edition of the league next year.