By Cameron DaSilva | Posted 5 months ago 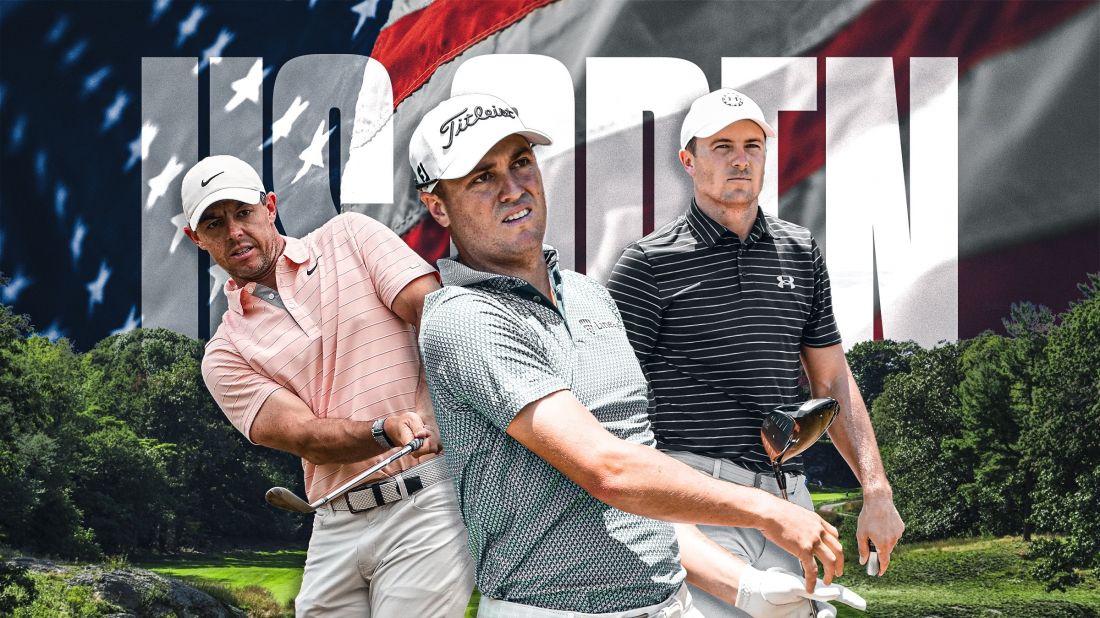 For the first time since 1988, the U.S. Open will be played in Brookline, Mass., at the historic Country Club. It’s one of the oldest clubs in the country, and while it has the usual U.S. Open features – thick rough and firm greens – it also has some unique features that will test the best players in the world.

The Country Club has tiny, undulating greens, and not just the type that slope from back to front. There are humps that create difficult, sloping putts even when players hit it pin-high. And hitting these smaller greens is an even greater challenge when you miss the fairways, which are no bargain to find the middle of.

This championship will separate the greats from everyone else, and will certainly test the mettle of everyone teeing it up in New England this week. Here are the top 20 players in the field at The Country Club.

Matsuyama was disqualified from the RBC Canadian Open for using a non-conforming club, cutting his week short. But prior to that unfortunate DQ, he was playing well. He tied for 3rd at the AT&T Byron Nelson, tied for 14th at the Masters and won twice earlier in the season. Matsuyama has been terrific in U.S. Opens, too, finishing inside the top 26 seven times since 2013. I like his chances this week on a difficult course, which fits him and his high ball flight well.

Smith can run hot and cold, in part because he’s such an aggressive player. It’s why he hasn’t fared particularly well in the U.S. Open, only finishing in the top 30 once. However, when he’s on, he’s almost impossible to beat. His chipping around the greens and lights-out putting make him a legitimate contender this week, as long as he can refrain from attacking every single pin.

Niemann has two top-31 finishes in his last two U.S. Opens, and he already won once on tour this season at the Genesis Invitational. He has no real weakness, is plenty long off the tee and strikes his irons as well as anyone on tour. Niemann just needs to keep the ball in the fairway, which has been a challenge this season; he’s 143rd in driving accuracy but still ranks 13th in Strokes Gained: Off the tee.

This might feel a bit high for Rose, who is past his prime as a former U.S. Open champion. But he shot 60 in the final round last week to finish T-4 and now has three top-15s in his last four starts. Seeing the way he striped the ball on just about every hole at the RBC Canadian Open gives me confidence he’ll continue to find fairways and greens in Brookline, which is the most important part of winning a U.S. Open. He’s lost distance off the tee as he’s progressed throughout his career, but he’s 51st in fairways hit and 13th in SG: putting. That’s a great combination.

Fleetwood nearly won the U.S. Open twice before, finishing second and fourth in 2018 and 2017, respectively. He’s struggled in this championship since, but he’s a good fit for The Country Club with his ball striking. If the wind picks up, it’ll only benefit Fleetwood, too, because he knows how to flight the ball and keep it out of the wind. He tied for 5th at the PGA Championship, giving him some positive momentum.

Homa is bound to win a major at some point in his career because his game is too well-rounded not to earn a title. He does everything well on the course and has shown his winning pedigree with two victories this season already, giving him four in his career. In his last start at the Memorial Tournament, he tied for 5thand has made the cut in every event since the Phoenix Open in February.

Finau is red hot and I'm willing to bet that continues this week. He tied for 4th and finished solo second in his last two events, firing rounds of 62 and 64 this past weekend at the RBC Canadian Open. His putting is a huge concern heading into the U.S. Open, particularly when it comes to short putts, but the fact that he’s finished in the top 5 the last two times out despite not putting it great is encouraging.

Few players, if any, have had as many close calls without a win as Young this year. He’s finished second three times, third twice and has eight top-25s already. There was a three-start stretch in April and May when he went T-3, T-2 and T-3 in consecutive events. He can have some really poor rounds, however, like his back-to-back 77s at the Masters and a final-round 84 at the Memorial, which was his last competitive round.

Cantlay’s poor showings in the year’s biggest tournaments so far has put a sour taste in the mouths of many, missing the cut at the Players and PGA Championship, and tying for 39th at the Masters. But he’s also had seven top-10s, including a tie for 3rdat the Memorial Tournament earlier this year. He’s a great putter and consistently makes up-and-down around the greens, so he’ll be able to avoid big numbers this week when he does miss the green.

Morikawa closed out the 2021 calendar year strong, but since it flipped to 2022, he’s had some disappointing showings with the exception of his T-2 at the Genesis Invitational and 5th-place finish at the Masters. Since the Masters, he hasn’t finished better than T-26 and missed the cut at the Memorial. However, he’s arguably the best iron player in the world and just needs to be average on and around the greens to contend this week.

Fitzpatrick has missed three cuts in 14 starts, but when he’s made the cut, he’s come in the top 25 a whopping nine times, including seven top-10s. The Country Club was the site of his 2013 U.S. Amateur win, and his game is tailormade for a course that requires accuracy and skill around the greens. He ranks in the top 25 in ever relevant strokes-gained category, including 5thin tee-to-green.

Burns has three wins, eight top-10s and 11 top-25s in 17 starts this season. So, yes, he knows how to get the job done. He’s riding some momentum after a win and T-4 finish in his last two starts, and now gets to show his prowess on a difficult course where bogey avoidance is key; he ranks 6th in that department. This could be the week that puts him over the hump as a star of the game.

Lowry has already won one major, the 2019 Open Championship, but he might be playing better ever. He’s made the cut in nine straight starts, posting four top-10s and a solo second in that span. Lowry is a player that loves playing in difficult conditions, so this course should suit him well. He’s also coming off a final-round 66 at the RBC Canadian Open, which propelled him to a 10th-place finish.

There doesn’t seem to be much hype about the reigning champion despite his six top-10s in 13 starts and his most recent tie for 10th at the Memorial. His putter and wedges around the greens have been his greatest downfall but when you’re 1st in greens in regulation and 5th in driving distance, you’re going to put yourself near the top of the leaderboard. He won’t mind the lack of attention he’s being paid, taking some pressure off as the defending champ.

The World No. 1 has cooled off a bit after winning four times in a span of two months, but he only has one finish outside the top-20 (a missed cut at the PGA Championship) in his last five starts. He’ll need to be more accurate off the tee than he has been if he’s going to maintain his high ranking in greens hit (2nd), but even when he does miss, he’s one of the best short-game players in the world. No matter where he’s playing, it’s easy to like his chances to win.

It’s shocking that Zalatoris still hasn’t won on the PGA Tour yet, given all the close calls he’s experienced; he already has seven top-10s this season, finishing 6th at the Masters and 2nd at the PGA. His putting stroke is unnerving on shorter putts, but his irons and driver will give him an advantage on the rest of the field with the exception of a few players. He’s destined to break through with a win at some point, and his first might just come in a major.

Schauffele has finished in the top 10 in five straight U.S. Open starts, a remarkable stretch for a player who has yet to win a major. From his driver to the putter, he excels with every club in the bag, and his track record in difficult conditions is well-documented. It’d be a pretty significant surprise if he isn't inside the top 10 or 20 on Sunday when the U.S. Open wraps up in Brookline.

Spieth was a disappointment in the year’s first two majors, as well as The Players Championship, but the U.S. Open fits his game well. He consistently makes par when he misses greens, and his irons have been solid all season. In his last five starts, he has one win, a second-place finish and a tie for 7th, contending for victories regularly. I don’t expect this week to be any different, so long as his putter cooperates.

Thomas was edged by Rory McIlroy last week, but his recent results are quite good. He has nine top-10s this season, including his win at the PGA Championship and his solo third in Canada. One of the best ball-strikers on tour, Thomas can flight the ball low or high depending on what the hole calls for. That’s a huge edge this week where there will be some quirky holes and blind shots into greens.

McIlroy is going for back-to-back wins after claiming the title at the RBC Canadian Open, and perhaps the most encouraging thing about that victory was the way he struck his wedges and short irons. That’s been a weakness of his game all year, but he dialed in those shorter shots with some incredible approaches on Sunday. He deserves to be the favorite this week, and he’s my pick to win in Brookline.