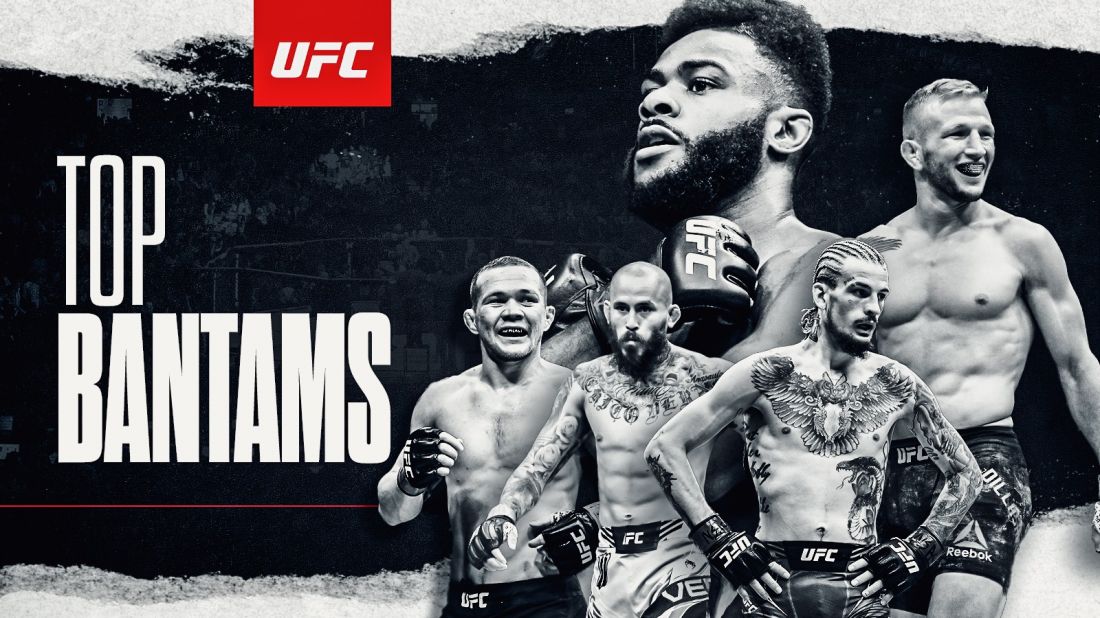 All rankings are subjective.

Whether we’re talking movies, music, burger chains, anything — they’re all personal exercises where individual opinions reign supreme and consensus is hard to come by; that’s just the way these things go.

The MMA community likes rankings, and loves arguing about them.

From the current pound-for-pound list to historical greats across each division, there isn’t a “put these items in order from higher to lowest” exercise that the MMA community will not attack with complete conviction and little room to hear arguments to the contrary, even those a multitude of objections are almost assuredly going to exist.

Except if the topic is the best division in the UFC.

If the question is “What is the best weight class in the UFC right now?” the majority of folks are going to said “bantamweight” without hesitation and just keep it moving because no other correct answers exist.

Sure, there will be some that want to argue for lightweight, but from top-to-bottom, the 135-pound ranks stand out as the cream of the crop, and it’s difficult to argue otherwise.

THE CASE FOR BANTAMWEIGHT

At every tier in the division, there is a mix of active fighters in their primes, established veterans, and hopefuls looking to work their way forward in the rankings, and no matter how you pair them off, an entertaining fight is likely to ensue.

Over the past 11 weeks, there have been 11 bantamweight fights across 10 cards, combining to illustrate this point perfectly.

At the lower end of the division, you had Aori Qileng beating Jay Perrin in a competitive fight between a pair of fighters each making their second start in the UFC’s 135-pound weight class.

In the middle tier of the weight class, there was Said Nurmagomedov earning a hard-fought win over Douglas Silva de Andrade to move himself closer to cracking the Top 15.

And the top level of talent was well represented, with Marlon Vera headlining opposite former champion Dominick Cruz and Merab Dvalishvili grinding out a win over Brazilian legend Jose Aldo.

If you want to break it down further, there were intriguing emerging names at each station that hit the cage as well, with Saidyakob Kahkramonov defeating Ronnie Lawrence in a battle of intriguing neophytes, Ricky Simon handing Jack Shore his first professional loss to graduate from the mid-pack, and Pedro Munhoz and Sean O’Malley fighting to an unfulfilling No Contest as a result of an accidental eye poke.

No other division can boast a similar depth of talent, There is a slate like that being followed by the more impressive collection of fights scheduled to take place in the bantamweight division the rest of the way, beginning this weekend with Cory Sandhagen facing Song Yadong.

Including Saturday’s main event, there are no fewer than 14 additional fights in the 135-pound weight class penciled into the UFC schedule between now and the end of the year. The final six months of the 2022 campaign will see at least 25 compelling and competitive bantamweight bouts grace the Octagon.

What sets the division apart from the lightweight and welterweight ranks, which are the other two divisions on the podium, is how fresh, open, and uncertain things feel at the moment.

While there are established names in the championship picture in each division, bantamweight has a great collection of emerging names without championship experience than any other weight class.

Dvalishvili has won eight straight but has only faced one fighter currently ranked in the Top 10, Aldo.

Vera has faced a couple, but pushed his winning streak to four with his fourth-round knockout win over Cruz last month in San Diego and looks primed to challenge for UFC gold in the next 12 months.

Song is only 24 years old, and is 8-1-1 in the UFC, with a win over Vera and a headlining turn this weekend against Sandhagen, who fought for interim gold in October. He has only lost to three of the four fighters ahead of him in the rankings — champion Aljamain Sterling and former titleholders Petr Yan and TJ Dillashaw.

Simon looked excellent in handing Shore his first defeat, O’Malley has the chance to vault into title contention with a win over Yan at UFC 280, and he still might not be the best ascending talent in the division; that honor could belong to Umar Nurmagomedov, the 26-year-old cousin of former lightweight ruler Khabib Nurmagomedov who is 15-0 overall and has dominated each of his first three UFC starts.

That’s six up-and-coming fighters — seven if you include Shore — all of whom are currently ranked in the Top 15, but have yet to fight for championship gold. Pair them with the established set — Sterling, Yan, Dillashaw, Sandhagen, Aldo, Rob Font, Cruz, and Munhoz — and you have the most competitive, skilled, entertaining mix of ranked competitors in the UFC.

It’s been this way for a minute now, and it’s only going to continue being more and more special, which is what really the bantamweight division apart.

A LOOK AT LIGHTWEIGHT

Lightweight is great, but de facto champion Charles Oliveira has already beaten three of the four men stationed behind him in the rankings at the moment, and has a date with the other, Islam Makhachev, in October at UFC 280.

If he wins that, the Brazilian will instantly return to being considered a dominant champion, and although there are intriguing names working their way forward in the 155-pound ranks as well — Rafael Fiziev, Mateusz Gamrot, Arman Tsarukyan, Jalin Turner — the veteran names in the mix are a little long in the tooth and largely uninterested in facing the emerging set.

They’re each more likely to posture for a fight with Conor McGregor, who in turn is likely to argue for an immediate title shot, which is something either Oliveira or Makhachev would likely oblige, confident they can defeat the famous part-time fighter who is coming back from a broken leg.

And while there are good fighters stationed outside the Top 15, including a few with the upside to crack the rankings and perhaps become factors down the road, it’s not as many as in the bantamweight division. Instead, there are more fighters whose ceilings have been defined.

That doesn’t make them bad fighters or unentertaining — not at all; it just means they don’t carry as much uncertainty and intrigue as their bantamweight counterparts.

Let’s be honest here: the real difference between bantamweight and lightweight — or welterweight for that matter — is the level of popularity and name-recognition between the top fighters in each division.

Bantamweight doesn’t have a McGregor or a Poirier, a Gaethje or a Tony Ferguson; tenured superstars that have headlined multiple pay-per-views and been in the thick of the title picture or years on end.

There also isn’t an emerging fighter with as much hype and garnering as much media attention as Paddy Pimblett, who is too experienced to really be called a prospect and doesn’t have the same type of ceiling as some of his bantamweight contemporaries, but it covered far more extensively because of his gigantic personality and undeniable charm.

But assessing the depth of talent in a division doesn’t come down to the popularity of its fighters or the amount of attention they receive on social media; it’s done by looking at the actual talent stepping into the Octagon on a consistent basis and grading it out against those in other weight classes.

And when you line up all the divisions side-by-each, talent-for-talent, bantamweight stands out above the rest… and you can’t tell me otherwise.