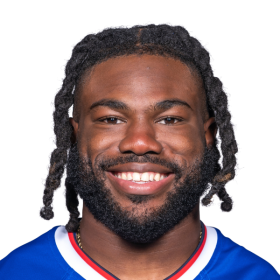 Zack Moss is teaming up with 26-Shirts to raise money for the new Lackawanna Life Center, which will include housing, medical facilities, and a fitness center.

As a freshman at Utah in 2016, Moss played in 10 games with three starts and rushed for 382 yards and two touchdowns on 84 carries. As a sophomore ...

As a freshman at Utah in 2016, Moss played in 10 games with three starts and rushed for 382 yards and two touchdowns on 84 carries. As a sophomore in 2017, he started 12 of 13 games, rushing for 1,173 yards on 214 carries with 10 touchdowns. As a junior in 2018, Moss started the first nine games of the season before suffering a season-ending knee injury during practice.

Moss returned for his senior year in 2019 after healing from last season's injury. He started 11 of 12 regular season games his senior year. In the regular season, he rushed for 1,246 yards, 15 touchdowns, and averaged 6.2 yards per rush. With that effort, he became the first 3-time 1,000-yard rusher in school history. During a week 7 game against Arizona State, Moss became the all-time leading rusher at the University of Utah. Moss and the Utes clinched their second Pac-12 South title on November 30, 2019, and played in the Pac-12 championship game against Oregon University on Friday, December 6, 2019. The Utes played against the Texas Longhorns in the Alamo Bowl on December 31, 2019, but lost 38-10. In the bowl game, Moss had 16 carries for 57 rushing yards and 2 receptions for 14 receiving yards.

Moss was the Pac-12 Offensive Player of the Year in his senior year. He finished his college career with 4,067 rushing yards and 38 rushing touchdowns, both Utah school records, in addition to 688 career receiving yards and 3 touchdown receptions.

The Buffalo Bills selected Moss in the third round with the 86th overall pick in the 2020 NFL Draft.

Moss signed a four-year, $4.522 million contract with the Bills on June 15, 2020. In his NFL debut in Week 1 of the 2020 season against the New York Jets, Moss scored a four-yard receiving touchdown from quarterback Josh Allen. In Week 8 against the New England Patriots, he had 14 carries for 81 rushing yards and two rushing touchdowns in the 24–21 victory. Splitting carries with Devin Singletary throughout the season, Moss finished with the second-most rushing yards on the team, with 481 yards and 4 touchdowns on 112 carries. He also caught 14 passes for 95 yards and a touchdown.

Moss made his NFL playoff debut in the wild card round against the Indianapolis Colts. He rushed for 21 yards and caught four passes for 26 yards before suffering an ankle injury and being carted off. On January 12, 2021, Moss was placed on injured reserve due to an injury. 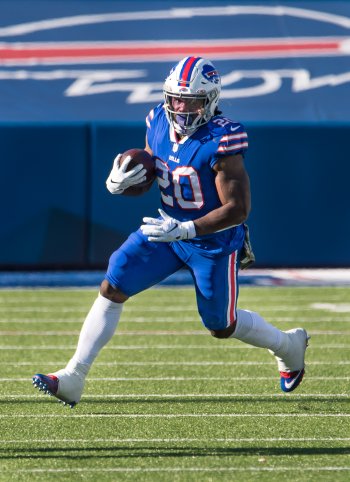 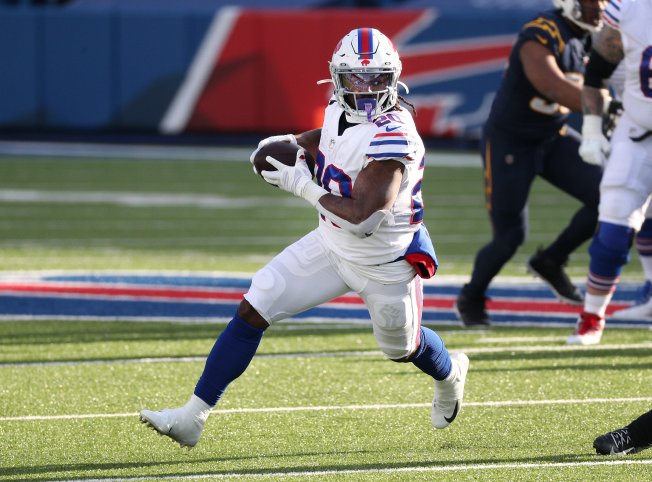 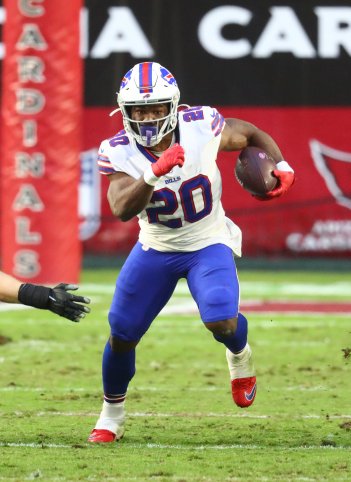 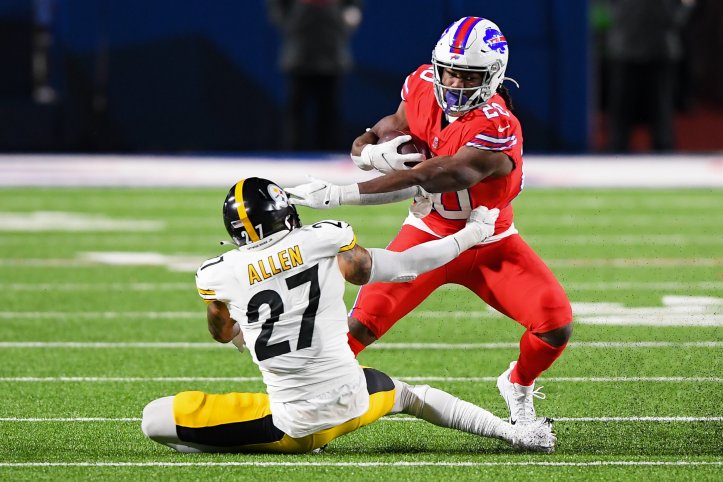 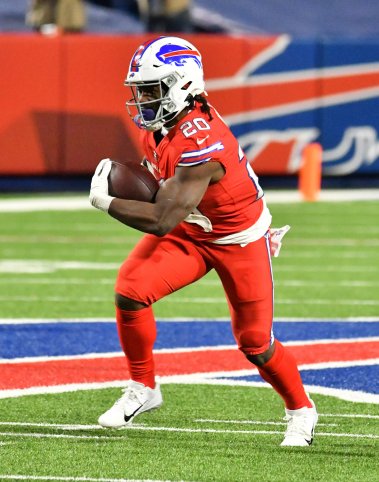 RT @kslsports: "Whenever you have a chance to be a blessing to other people, I try to take full advantage because I know how many times I’v…

RT @kslsports: A trio of @Utah_Football running backs got together to giveaway 50 turkeys to deserving families in SLC. We asked them about…

RT @kslsports: Want something to smile about? Check out this interaction between @thiagoothomas9 and a fan this afternoon while he was givi…