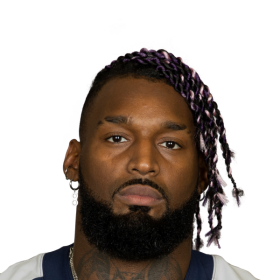 Zach Cunningham was born on December 2nd, 1994, in Pinson, Alabama. He plays linebacker in the NFL. In his early years, Cunningham attended Pinson Valley High School where he was a senior captain and three-year starter at linebacker. He also earned First Team All-State after leading Indians to 8-4 record and second round of 5A playoffs, contributed 194 total tackles, including 41 tackles for loss ...

Zach Cunningham was born on December 2nd, 1994, in Pinson, Alabama. He plays linebacker in the NFL. In his early years, Cunningham attended Pinson Valley High School where he was a senior captain and three-year starter at linebacker. He also earned F...

Zach Cunningham was born on December 2nd, 1994, in Pinson, Alabama. He plays linebacker in the NFL. In his early years, Cunningham attended Pinson Valley High School where he was a senior captain and three-year starter at linebacker. He also earned First Team All-State after leading Indians to 8-4 record and second round of 5A playoffs, contributed 194 total tackles, including 41 tackles for loss and 12 sacks along with four blocked punts during the season and participated in postseason Semper Fidelis All-American Bowl, while as a junior, he earned All-State recognition after registering 152 tackles.

After he finished high school, Cunningham committed to the University of Vanderbilt where he played college football. After not seeing action as a freshman in 2013, Cunningham entered his sophomore season in 2014, participating in 11 games, earning starts at inside linebacker in team’s 3-4 scheme during last five games against Missouri, Old Dominion, Florida, Mississippi State, and Tennessee, averaging 8.2 tackles as a starting linebacker. He finished the year with 37 solo tackles, 67 total tackles, 6.5 tackles for loss, 1.5 quarterback sacks and a forced fumble. As a junior in 2015, Cunningham was named by the league's head coaches to their First-Team All-SEC Defense and also being named to the First-Team All-SEC squad by ESPN.com. He played in all 12 games, earning nine starts at inside linebacker and ranking among the league leaders in numerous statistical categories, including tackles for loss, solo tackles, total tackles, forced fumbles, and fumble recoveries. His 16.5 tackles for loss, were the third-highest total among SEC defenders in the regular season, his three fumble recoveries shared SEC lead, and his four forced fumbles ranked third in the league. He ended the season with four straight double-digit tackle games, becoming the first Commodore to do so since Osemwegie in 2005. In his senior season in 2016, Cunningham became the first Commodore player in team history to earn unanimous First Team All-America recognition and the 7th player ever to claim consensus All-America honors after earning first-team All-America honors from American Football Coaches Association, Associated Press, Football Writers Association of America, Walter Camp Foundation, ESPN, SI.com, CBSSports.com, The Sporting News, and other outlets. He also earned First Team All-SEC LB recognition from league coaches and AP voters. In late November, Cunningham was named among five finalists for the Butkus Award, given annually to the nation’s top linebacker and was also listed as a semifinalist for the Chuck Bednarik Award, presented to college football’s top defensive player. He finished his final season at Vanderbilt, as the Southeastern Conference leader with 125 total tackles, ranking among the Top Ten nationally while his 1 solo tackles ranked second among all SEC defenders.

After he graduated from college, Cunningham entered the 2017 NFL Draft where he was selected in the second round by the Houston Texans. On September 10th he made his NFL debut against the Jacksonville Jaguars, where he recorded four defensive tackles, a pass de­fensed and a special teams stop and on September 14th at Cincinnati Bengals, he recorded four solo tackles. On December 3rd at Tennessee Titans, Cunningham notched four total tackles while producing his first career quarterback hit, first two tackles for loss and first career sack. He finished second on the team with 82 total tackles where 45 were solo, six passes defended, five tackles for loss, two quarterback hits, 1.5 sacks, and one forced fumble in 16 games played. He also tied for second among all NFL rookies in total tackles in 2017 and fourth in franchise history among rookies and became the first player in franchise history to record 80 total tackles and eight special teams tackles in a single season. In the 2018 season, Cunningham led the team with 10 total tackles and one forced fumble at Jacksonville Jaguars on October 21st, becoming the first Texans player to record three consecutive games with at least 10 total tackles since DeMeco Ryans and Bernard Pollard in Weeks 3-5 of the 2010 season. On December 2nd against the Cleveland Browns notched two total tackles, two passes defended and his first career interception while on December 23rd at Philadelphia Eagles, he recorded 12 total tackles and one forced fumble, joining Kiko Alonso and Bobby Wagner as the only players in the NFL to record multiple games with at least 10 total tackles and one forced fumble in 2018. Cunningham finished the 2018 season, tying for the team lead with a career-high 105 total tackles where 73 were solo, five passes defended, one interception returned for a touchdown, three tackles for loss, two forced fumbles, and one fumble recovery.

In 2020 he signed a 5-year contract with the Houston Texans. 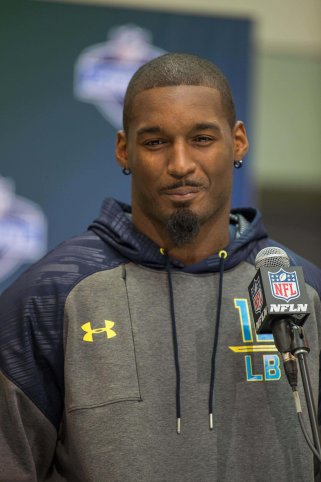 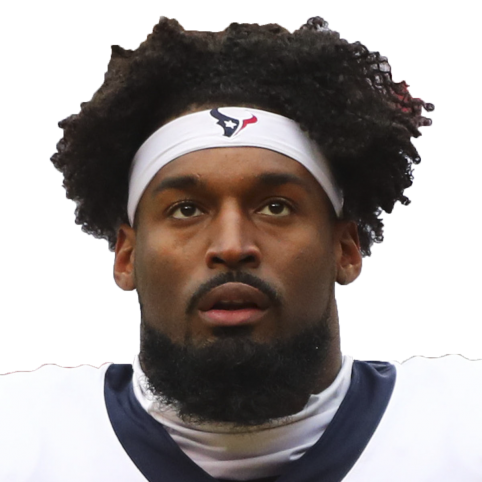 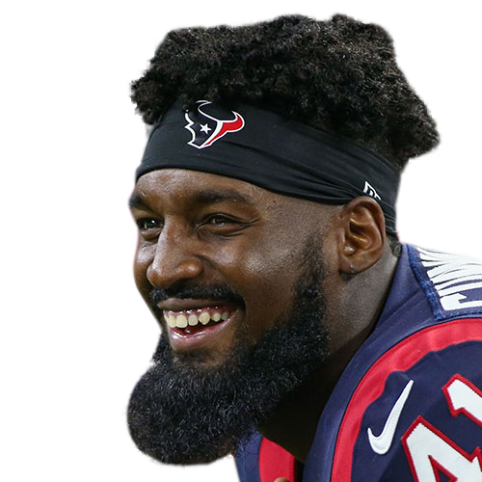 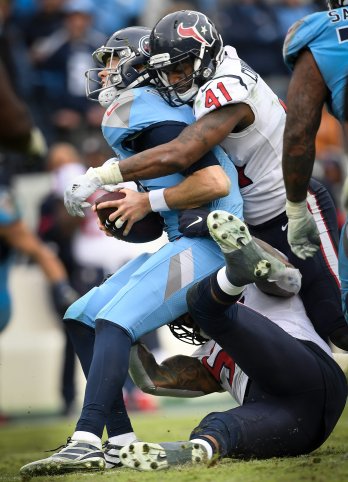