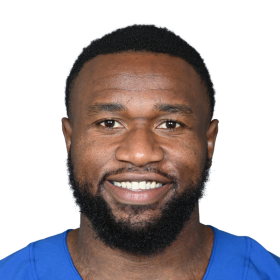 End the cruelest practices toward all animals. Care for animals in crisis. Build a stronger animal protection movement.

No Kid Hungry is a national campaign run by Share Our Strength, a nonprofit working to solve problems of hunger and poverty in the United States and around the world. After 25 years of successfully investing in local nonprofits and helping find the best approaches to eradicating poverty and hunger, Share Our Strength launched No Kid Hungry in 2010.

In his early years, Ngakoue attended Friendship Collegiate Academy where he was named a first-team Parade All-American and the 2012 D.C. Gatorade Play...

In his early years, Ngakoue attended Friendship Collegiate Academy where he was named a first-team Parade All-American and the 2012 D.C. Gatorade Player of the Year. He was rated a four-star recruit by Rivals, No. 11 outside linebacker and labeled a four-star recruit by 247Sports.com. He was also ranked a three-star recruit by ESPN.com. Ngadoue played in the Under Armour All-American Game and earned first-team All-Met honors in 2012 by The Washington Post while totaling 17 sacks. He helped lead Friendship Collegiate to the DCSAA title as a senior and played for the South Team in the Chesapeake Bowl.

After he finished high school, Ngadoue committed to the University of Maryland, where as a freshman in 2013, he appeared in all 13 games. He caught his first career interception against Old Dominion on September 7 and recorded an assisted tackle against Wake Forest on October 19, which went for a loss of one yard. He notched three TFL and his first career sack against Clemson on October 26, recorded a half-sack and a forced fumble against Virginia Tech on November 16 and notched three tackles and a half-sack against NC State on November 30. As a sophomore in 2014, Ngadoue earned honorable mention All-Big Ten honors from the media and appeared and started in 12 games. finishing second on the Terps with 13.5 tackles for loss and six sacks. In his junior season in 2015, Ngadoue was selected First Team All-Big Ten by coaches and media. He appeared in 12 games, making 11 starts and set Maryland’s single-season sack record against Indiana with his 13.5 of the season, breaking a record set by Mark Duda on 1982 and Bruce Palmer on 1978. He ranked 2nd nationally in sacks per game totaling 13.5 sacks, tied for fourth in Maryland history in sacks with 21.5 and ranked fifth in Big Ten with 1.3 TFL/g, totaling 15.0 on the season. He also ranks 8th in Maryland history in tackles for loss with 33.0 and 6th in TFL yards with 176 and notched 13.5 sack of the season against Indiana on November 21, breaking Maryland’s single-season record.

After he graduated from college, Ngadoue entered the 2016 NFL Draft where he was selected in the third round by the Jacksonville Jaguars. On June 22, 2016, the Jaguars signed Ngakoue to a four-year contract and was named the defensive end to begin the season. Ngakoue made his NFL debut in the Jaguars' season-opener against the Green Bay Packers where he made two combined tackles. The following week, he earned his first NFL start where he recorded three combined tackles, forced the first fumble of his career, and made his first NFL sack on Philip Rivers in the Jaguars 38-14 loss at the San Diego Chargers. He finished his rookie season with 22 combined tackles with 19 solo tackles, eight sacks, two pass deflections, an interception, and a forced fumble in 16 games and 15 starts and following his rookie season, Ngakoue was named to the PFWA All-Rookie Team. He finished the season with 30 combined tackles, 24 of them were solo and 12 sacks in 16 starts as the Jaguars finished first in the AFC South with a 10-6 record. His 12 sacks tied for eighth in the league and was second on the team behind Campbell's 14.5 sacks and also had a league-leading six forced fumbles. On January 22, 2018, Ngakoue was named to his first Pro Bowl and was ranked 88th by his peers on the NFL Top 100 Players of 2018.

He signed with the Baltimore Ravens in 2020 and the Las Vegas Raiders in 2021.

In March of 2022, he was traded to the Indianapolis Colts. 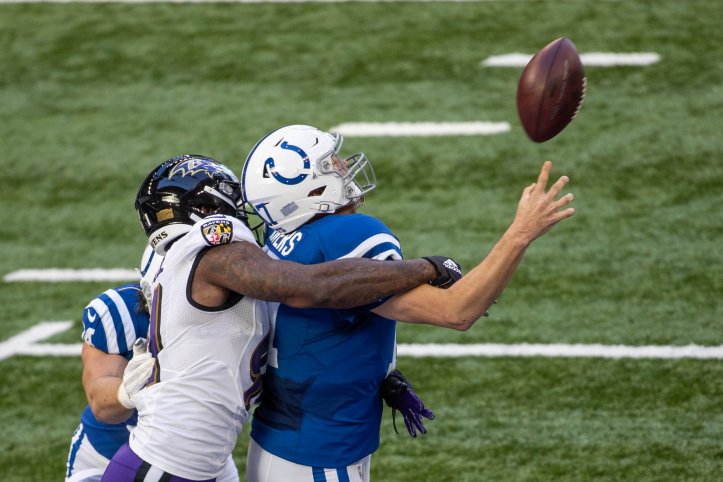 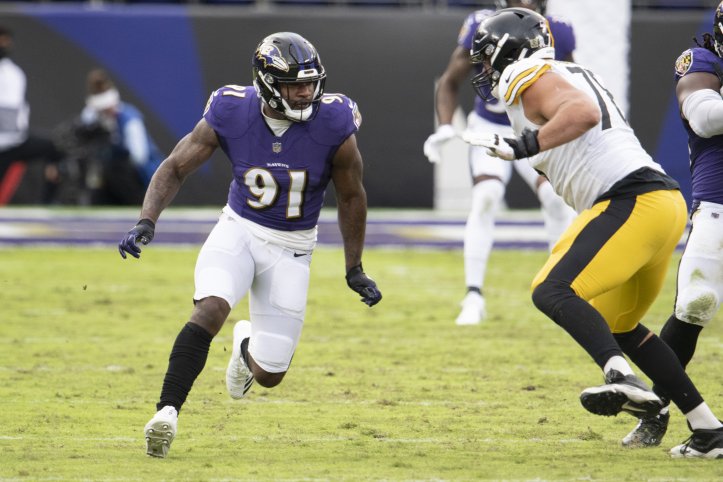 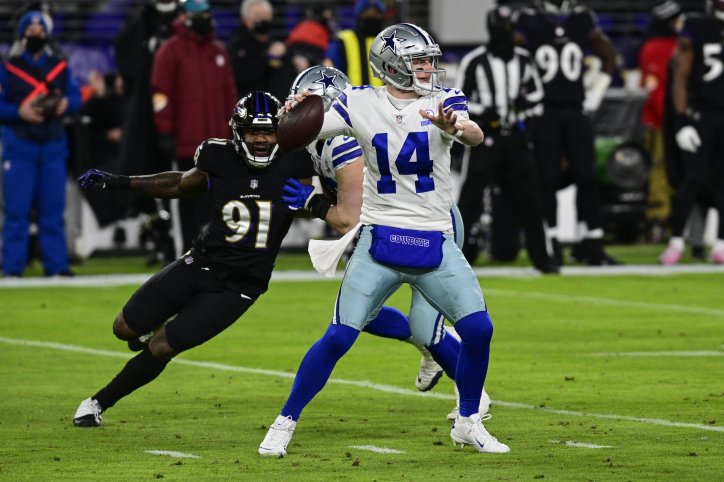 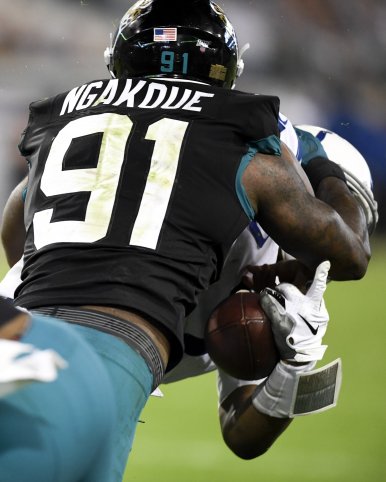 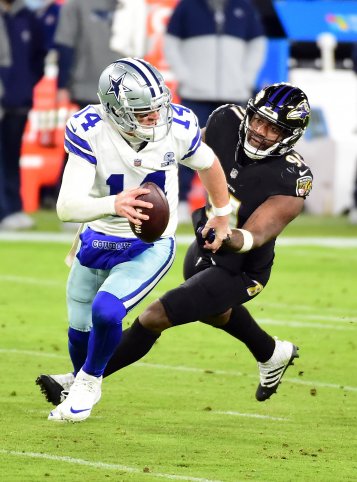 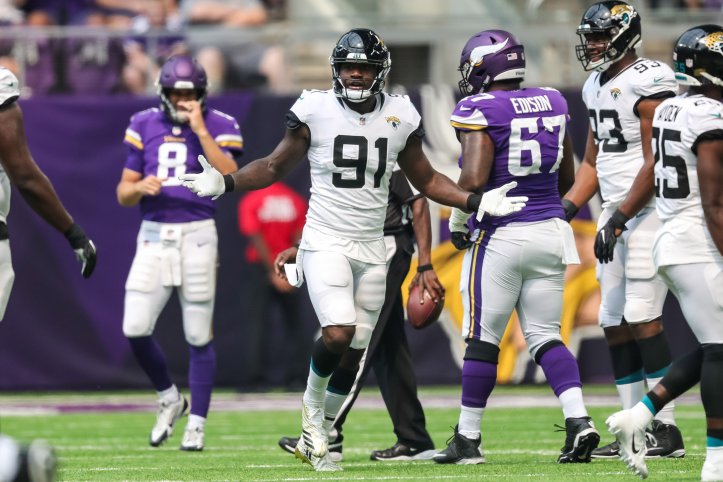 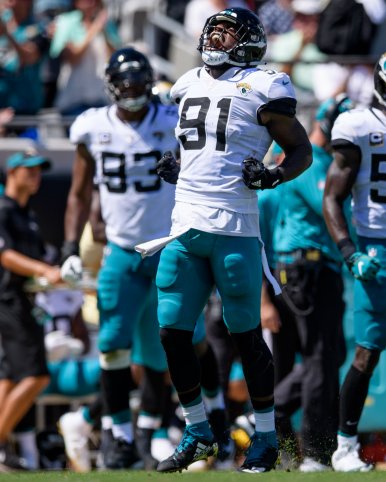 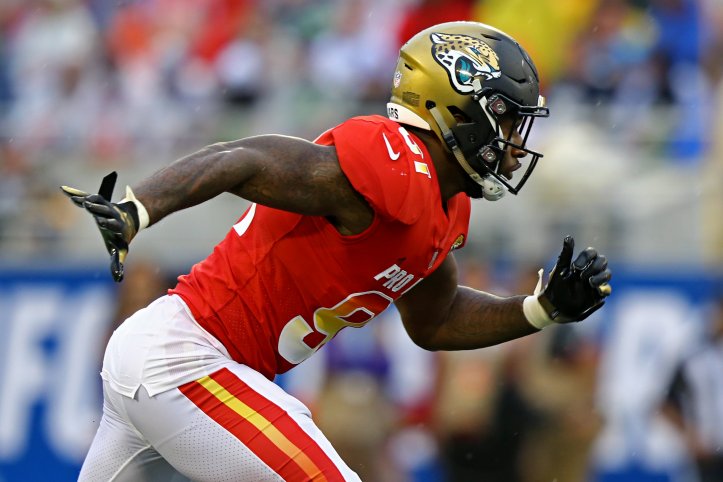 Do I get to be the special guest to help give away the banner ? 👀 https://t.co/TCeeKm6yhV

Can’t wait to read all these letters 💙 Might have to come make a visit to meet this amazing classroom ! https://t.co/1Kl41lQIz8

Random question of the day - does the middle seat get both armrest on a plane ? Travel day thoughts 🤔

Thoughts and prayers to all the families affected by the explosion yesterday in Evansville . 💙🙏🏾