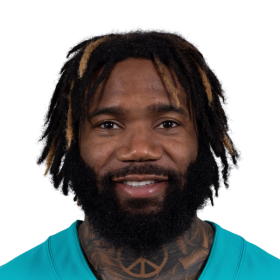 I’ve teamed up with Be The Match to help increase blood stem cell donations. Get on my team. YOU could save a life."

In his early years, Howard attended Wheatley High School where he was an All-state defensive back. He played as a defensive back and quarterback under head coach Cornelius McFarland and was named first-team 2011 Class 4A All-State as a defensive back by Associated Press following senior season. He led WHS...

In his early years, Howard attended Wheatley High School where he was an All-state defensive back. He played as a defensive back and quarterback under head ...

In his early years, Howard attended Wheatley High School where he was an All-state defensive back. He played as a defensive back and quarterback under head coach Cornelius McFarland and was named first-team 2011 Class 4A All-State as a defensive back by Associated Press following senior season. He led WHS to the 2011 area finals and played for Texas team in Texas-Louisiana High School All-Star Bayou Bowl. He totaled nine interceptions, including two returns for touchdowns, 33 pass breakups, and 32 solo tackles as a senior in 2011 and in his final high school game, he rushed for 185 yards and two TDs, passed for 245 yards and two TDs, and returned two interceptions for TDs. He helped the team to the 2010 District 22-4A title and bi-district championship with a 6-6 overall record as a junior and he also played varsity basketball and ran track.

After he finished high school, Howard committed to the University of Baylor whereas a redshirted freshman in 2013, he earned his first career letter, played all 13 games as a reserve cornerback, and on special teams, totaling five solo tackles, one interception, and one forced fumble on the season. He saw snaps from scrimmage in six of the first seven games, played exclusively special teams in five of the final six contests and made his collegiate debut, and took first snaps at cornerback, in the season-opening win over Wofford. He made his career-first interception and had one tackle in the win over Buffalo in the second game, had one tackle in the win at Kansas in the seventh game and he made a season-high three solo tackles and forced a fumble in the win at TCU in 11th game. As a sophomore in 2014, Thomas was the starting cornerback for Big 12 champions and earned All-Big 12 honorable mention from league coaches, and named All-Big 12 second team by Waco Tribune-Herald. He totaled 51 tackles where 42 of them were solo and 4.5 for loss, 1.5 sacks, team-high four interceptions for 40 return yards, team-high 13 PBUs and one QB hurry on the season and he ranked 11th nationally and second in Big 12 in passes defended with 17. He tied for third in the conference with four interceptions and made his first career start in the season-opening win over SMU, totaled three tackles, assisted sack, interception, and PBU. He made an interception and career-long 25-yard return and two tackles, in the win over Northwestern State in the second game, made a key fourth-quarter interception to help secure win over No. 9 Kansas State that clinched a share of Big 12 championship and berth in New Year's Six bowl and totaled a season-high nine tackles with six solo tackles and PBU in Cotton Bowl against No. 7 Michigan State.

In his junior season in 2014, Thomas was a consensus first-team All-Big and started as a cornerback in all 13 games. He ranked third in Big 12 and 20th nationally with five interceptions, ranked fourth in the conference with 1.15 passes defended per game, and totaled 42 tackles where 37 of them were solo, team-high five interceptions for 74 return yards, 10 breakups, one TFL, one hurry, one fumble return that was returned for a 30-yard TD on the season. He was named first-team All-Big 12 by league coaches, Associated Press, San Antonio Express-News and Waco Tribune-Herald, second-team by ESPN, Athlon and Phil Steele and made a season-high seven tackles where six of them were solo, plus PBU in the season-opening win over SMU. He scored his first career TD with a 30-yard fumble return for a score, also had an interception and two tackles in win over Kansas in the fifth game and made five solo stops and PBU in win over No. 10 North Carolina in Russell Athletic Bowl. After he graduated from college, Thomas entered the 2016 NFL Draft where he was selected in the second round by the Miami Dolphins.

On May 18, 2016, the Miami Dolphins signed Howard to a four-year contract and was named as the second starting cornerback, alongside veteran Byron Maxwell to begin the regular season. He started in the Dolphins season-opener at the Seattle Seahawks where he recorded a season-high 11 combined tackles. He finished his rookie season with 40 combined tackles where 29 of them were solo tackles and six pass breakups in eight games and eight starts. On January 8, 2017, Howard started his first career playoff game and recorded five combined tackles, broke up two passes, and made his first career interception off of a pass attempt by Ben Roethlisberger as the Dolphins were defeated by the Pittsburgh Steelers in the AFC Wildcard game. In the 2017 season, he was named the starting cornerback to start the regular season, along with Byron Maxwell. Howard started the Dolphins season-opener at the Los Angeles Chargers where he recorded a season-high seven combined tackles. In Week 14, he deflected three passes and intercepted New England Patriots quarterback Tom Brady twice during their 27–20 win on Monday Night Football, earning him the AFC Defensive Player of the Week honors. On December 17, 2017, he collected four solo tackles and made his first career sack on Tyrod Taylor against the Buffalo Bills. He finished the 2017 season with 48 combined tackles where 42 of them were solo, 13 pass deflections, four interceptions, and a sack in 16 games and 16 starts.

In the 2018 season, during the Jets home opener in Week 2, Howard got his first interception of the season and one week later, he recorded his third career game with two interceptions on Derek Carr in the 28–20 victory over the Oakland Raiders. Howard ended the 2018 NFL season, leading the league in interceptions, and was named to his first Pro-Bowl and first second-team All-Pro. On May 9, 2019, Howard signed a five-year contract extension, making him the highest-paid cornerback in the league.

In the 2020 season, Howard recorded a league-leading 10 interceptions and was named as a 1st-team All-Pro, the first time he had earned that honor. 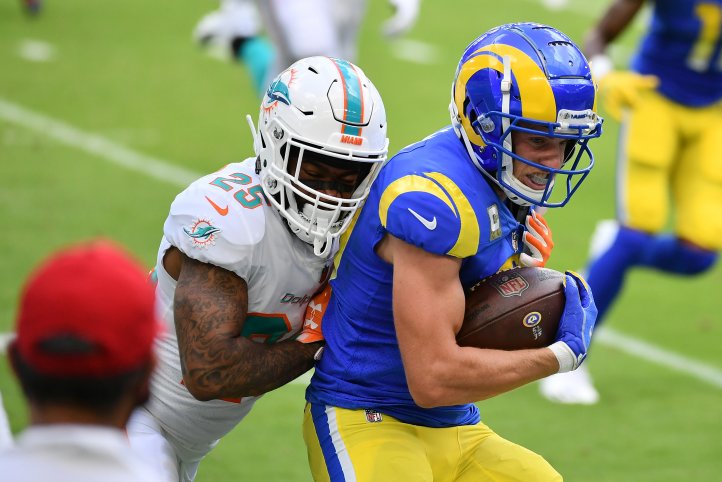 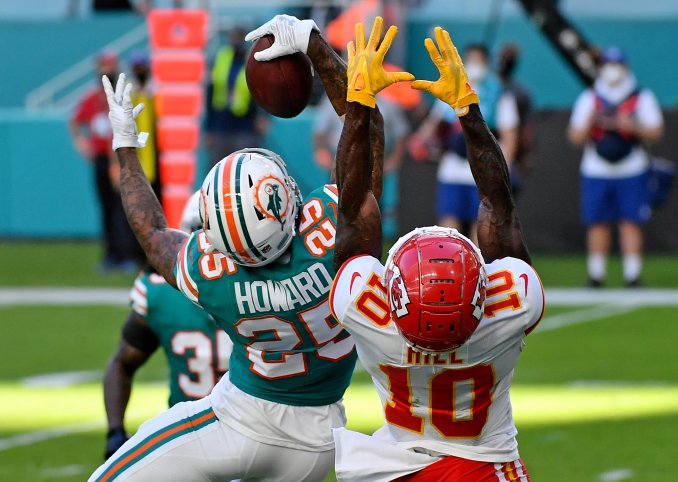 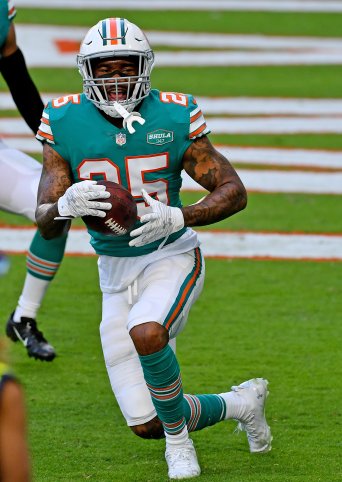 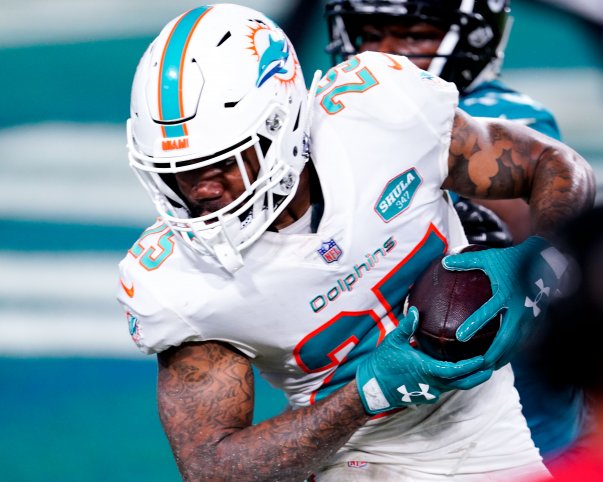 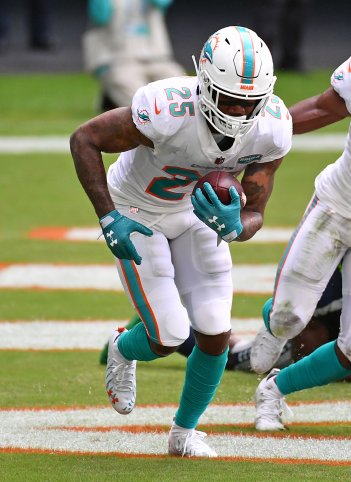 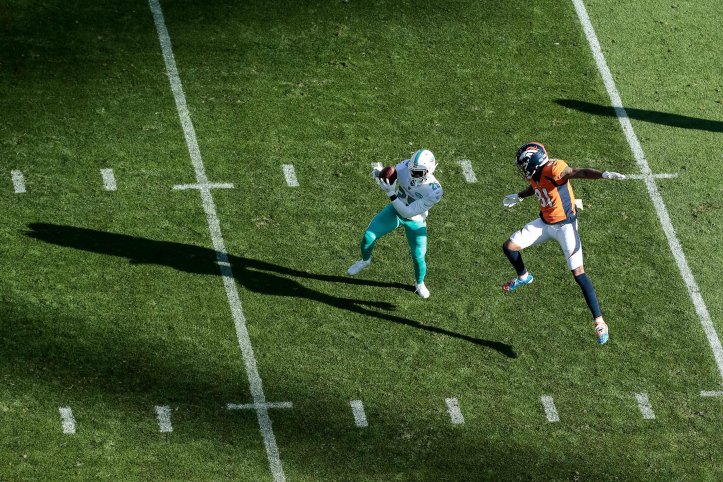 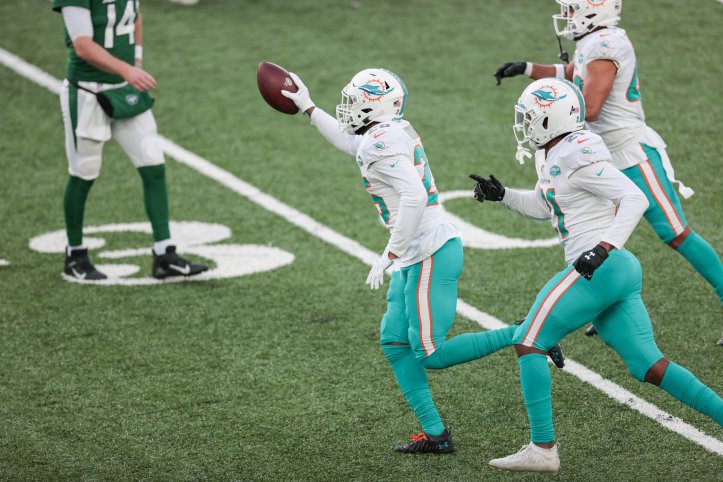 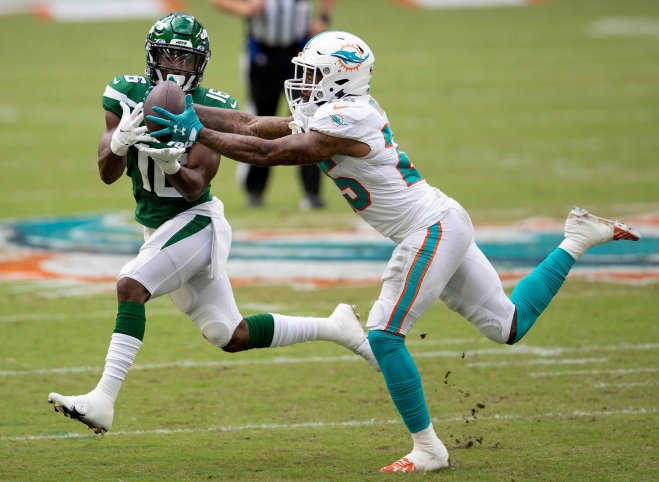 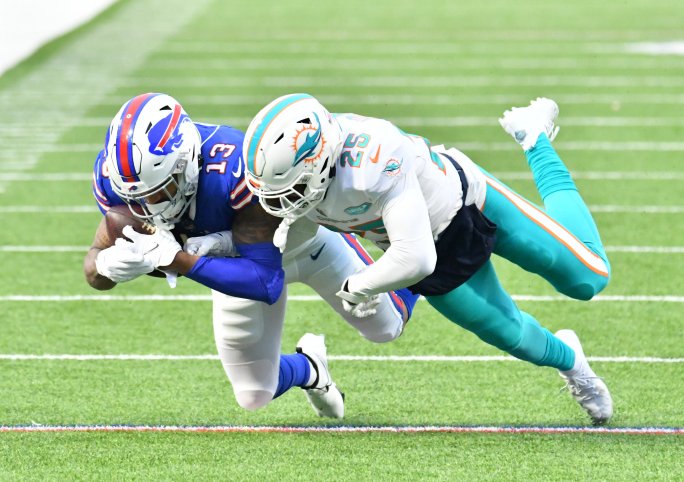 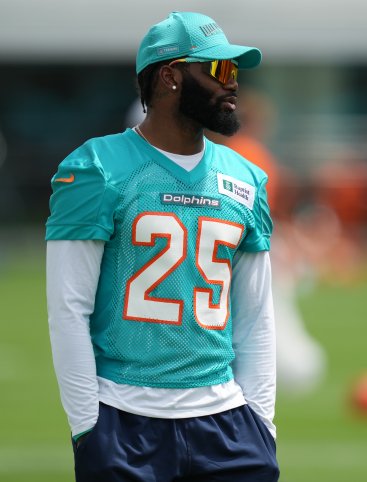