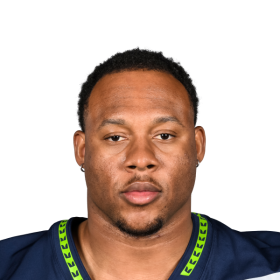 The Children’s Diabetes Foundation was established by Barbara and Marvin Davis in 1977 in Denver as a non-profit organization dedicated solely to the support of research in diabetes and to provide the best possible clinical and educational programs for people with the disease. The Foundation’s mission is to raise funds to support the Barbara Davis Center for Diabetes, where thousands of patients of all ages from all over the world receive the finest diabetes care available.

During his freshman season, Nwosu served as a backup outside linebacker and played on special teams as a first-year freshman in 2014. Overall in 2014 while appearing in 12 games (all but Nebraska), he had 9 tackles. He had 2 tackles against Fresno State, then 1 each against Stanford, Arizona State, Colorado, Utah, Washington State, California and UCLA. He was not enrolled at USC for the 2015 spring semester.

During his sophomore season in 2015, Nwosu was a backup outside linebacker and played on special teams. Overall in 2015 while appearing in all 13 games (he started versus Arizona), he had 31 tackles, including 1.5 for a loss of 2 yards, and a deflection. He had 4 tackles and a deflection against Arkansas State, 1 each versus Stanford and Arizona State, 2 against Washington, 3 at California, 1 against Arizona, 3 at Oregon, a team-best 6 versus UCLA, 8 (1 for a loss) against Stanford in the Pac-12 Championship Game and 2 (0.5 for loss) versus Wisconsin.

Nwosu started all season at outside linebacker as a junior in 2016.  Overall in 2016 while starting all 13 games, he had 53 tackles, including 7.5 for losses of 39 yards (with 3 sacks for minus 18 yards), plus 5 deflections and a forced fumble.  He won USC’s 2016 John McKay Award (underclassman with the most competitive spirit). The steady and effective Nwosu returns as a starting outside linebacker as a senior in 2017.

The Los Angeles Chargers selected Nwosu in the second round of the 2018 NFL Draft.

On May 13, 2018, the Los Angeles Chargers signed Nwosu to a four-year contract.

In March 2022, he signed a two-year deal with the Seattle Seahawks. 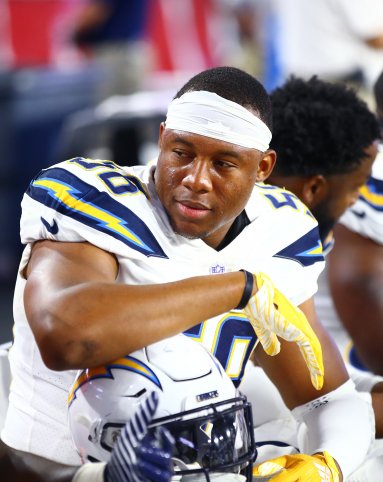 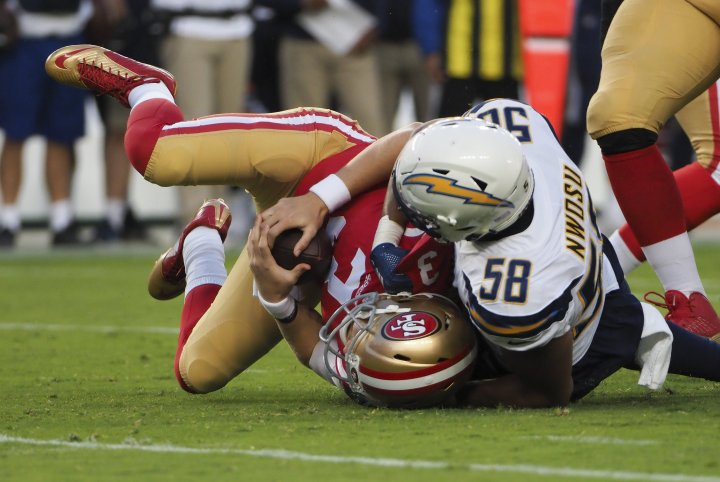 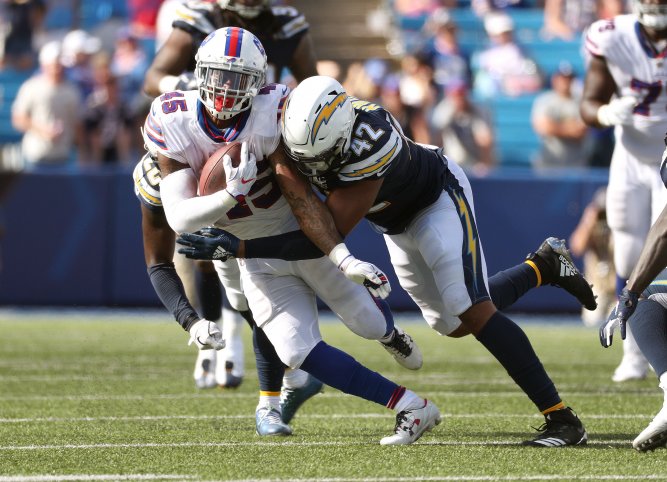 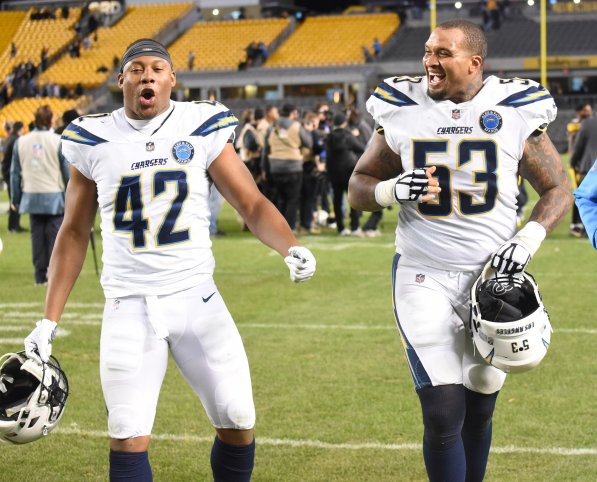 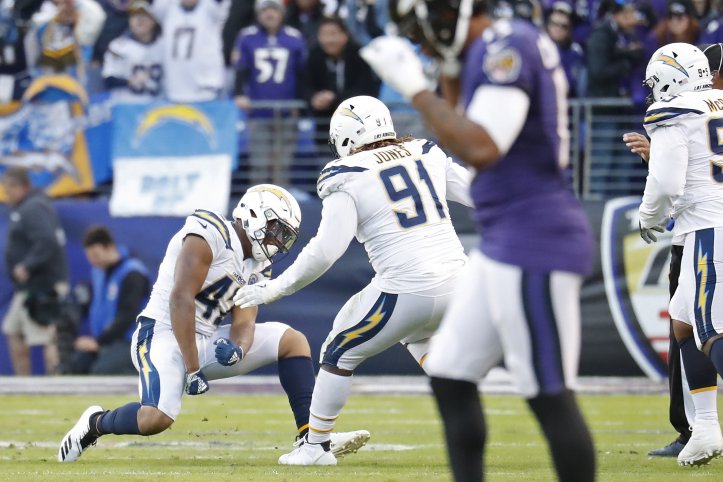 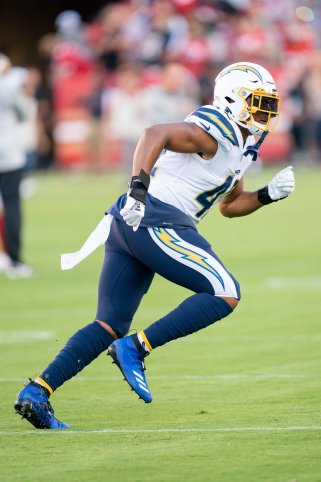