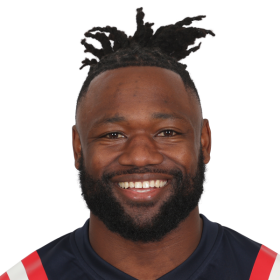 Our mission is to help forgotten youth and give them faith and hope in the future they desire.

"Passion, Purpose and Football: An Evening with Ty Montgomery,"

get involved
Be the Match

Find a donor for 32-yo Dorian who is battling leukemia and is in critical need of a stem cell transplant.

Montgomery attended St. Mark's School of Texas in Dallas, Texas, where he was a five-sport star in football, track, basketball, baseball, and lacrosse. He played as a wide receiver, running back, and quarterback for the Lions football team. As a senior, he had 823 rushing yards on 93 carries and 17 catc...

Montgomery attended St. Mark's School of Texas in Dallas, Texas, where he was a five-sport star in football, track, basketball, baseball, and lacrosse. He...

Montgomery attended St. Mark's School of Texas in Dallas, Texas, where he was a five-sport star in football, track, basketball, baseball, and lacrosse. He played as a wide receiver, running back, and quarterback for the Lions football team. As a senior, he had 823 rushing yards on 93 carries and 17 catches with 10 total touchdowns. He had 118 catches and 36 total touchdowns during his high school career.

As a sophomore in 2012, Montgomery continued his role on offense and special teams. Overall, he finished the season with 26 receptions for 213 yards and had 11 kick returns for 293 net yards for a 26.6 average.

On September 13, he made his NFL debut against the Chicago Bears and had three kick returns for 106 net yards. On September 28, against the Kansas City Chiefs, he had his first professional receiving touchdown. He finished his rookie season with 15 receptions for 136 yards and two receiving touchdowns. For the first four games of the 2016 season, Montgomery saw only 17 snaps on offense and was held to zero catches. However, in a Week 6 game against the Dallas Cowboys he began seeing time in the backfield due to injuries to running backs Eddie Lacy and James Starks. He finished the game with 10 receptions for 98 yards in the Packers' 30–16 loss. In the next game, Montgomery had another 10-catch performance and rushed for 60 yards on nine carries against the Chicago Bears. After having little playing time as a running back due to a sickle-cell trait, head coach Mike McCarthy declared Montgomery a running back on December 13, 2016. In the following week's game against the Bears, Montgomery recorded career highs in carries (16) and yards (162). He also then passed Aaron Rodgers as the team's leading rusher for the 2016 season. He finished the 2016 season with 457 rushing yards, three rushing touchdowns, 44 receptions, and 348 receiving yards.

On September 10, 2017, in the season opener against the Seattle Seahawks, Montgomery had 19 carries for 54 yards, which included a six-yard rushing touchdown, in the 17–9 victory. In the next game, a 34–23 loss to the Atlanta Falcons, he had 10 rushes for 35 yards and a rushing touchdown to go along with six receptions for 75 yards and a receiving touchdown. Montgomery broke his ribs during Week 4 against the Chicago Bears, an eventual 35–14 Packer victory, and missed the next game at the Dallas Cowboys, a 35–31 Packer victory. He returned for the 23–10 loss at the Minnesota Vikings, but was the backup to emerging rookie running back Aaron Jones. After Jones went down with a knee injury in Week 10 at the Bears, Montgomery came in and had a 37-yard rushing touchdown. He finished the 2017 season with 273 rushing yards, three rushing touchdowns, 23 receptions, 173 receiving yards, and a receiving touchdown.

In Week 8 against the Los Angeles Rams, the Packers were losing by a score of 29–27 with 2:05 left in the game when Montgomery returned a kick from the endzone and fumbled the ball. The ball was recovered by the Rams and they went on to win the game. After the game, it was reported that Montgomery had been taken off the field for a drive and was told to take a knee on the kick return. Montgomery would be traded just two days after the game and with less than an hour left before the trade deadline. In seven games with the Packers in 2018, he totaled 26 carries for 105 rushing yards and a rushing touchdown to go along with 15 receptions for 170 receiving yards.

On October 30, 2018, Montgomery was traded to the Baltimore Ravens in exchange for a seventh-round pick in the 2020 NFL Draft. In six games with the Ravens, he had 83 rushing yards and ten receptions for 65 yards. In the Wild Card Round loss to the Los Angeles Chargers, he had six kick returns for 106 net yards.
On April 11, 2019, Montgomery signed with the New York Jets.

Montgomery signed with New Orleans Saints on May 15, 2020. He was placed on injured reserve on September 26, 2020, with a hamstring injury. He was activated on November 6. In Week 17 against the Carolina Panthers, Montgomery rushed for 105 yards during the 33–7 win.

On March 6, 2021, Montgomery re-signed with the Saints on a one-year contract. 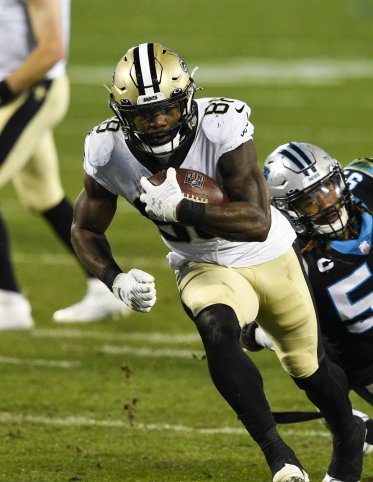 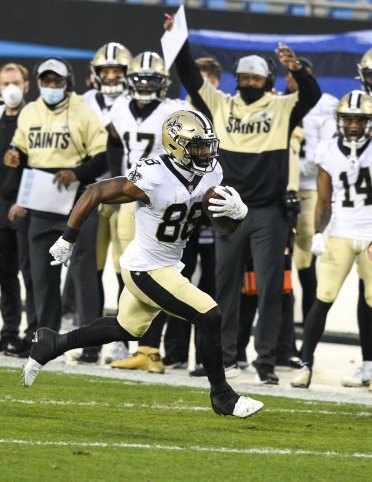 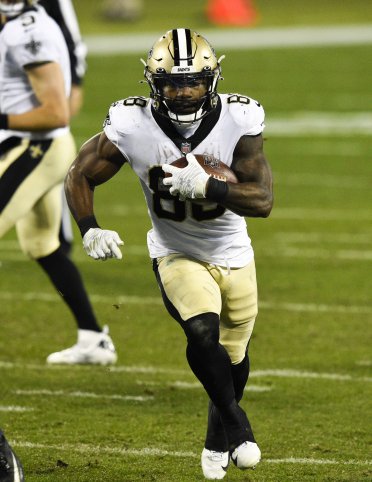 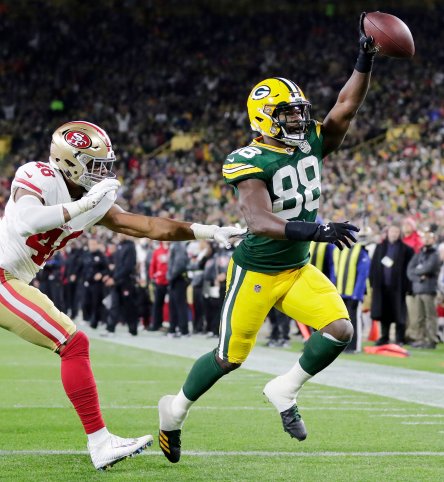 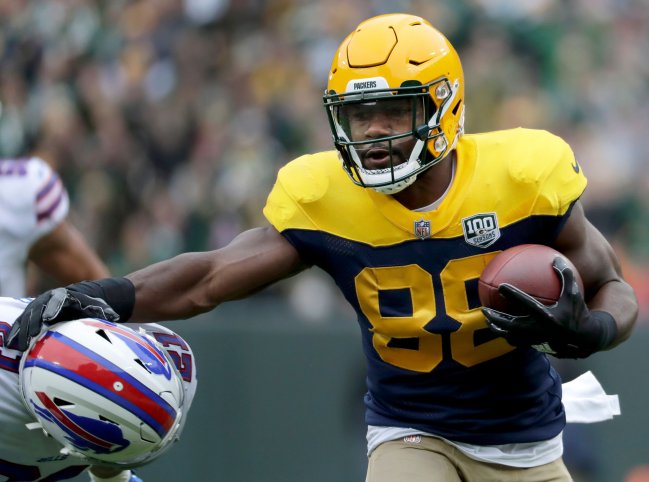 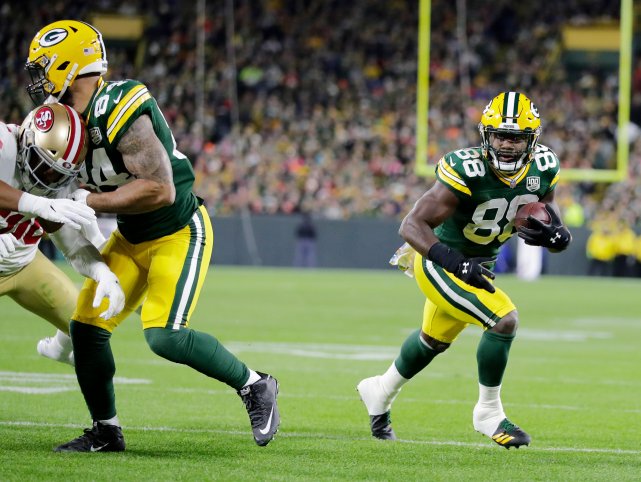 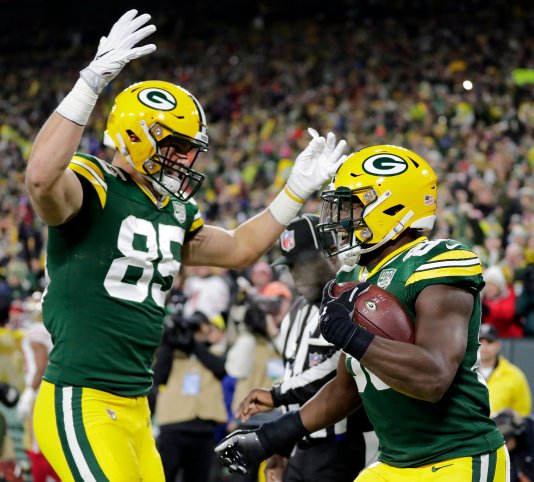