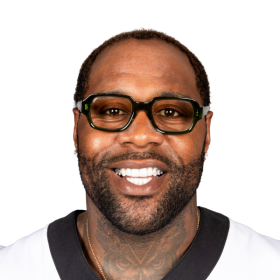 NAMI, the National Alliance on Mental Illness, is the nation's largest grassroots mental health organization dedicated to building better lives for the millions of Americans affected by mental illness.

At high school, he was a four-star prospect according to Rivals.com and ranked as the No. 14 offensive guard and No. 14 in the state ...

At high school, he was a four-star prospect according to Rivals.com and ranked as the No. 14 offensive guard and No. 14 in the state of Louisiana by Rivals, rated as the No. 16 offensive guard by Scout.com, ranked No. 15 in the state by Tigerbait.com, was named to the 2011 PrepStar All-American team, and named to the New Orleans Times-Picayune’s Blue Chip list as well as being a member of the Baton Rouge Advocate’s Second Dozen.

Turner redshirted as a true freshman in 2011, but in 2012, he played in 12 games with seven starts in 2012. For the season, he played a total of 559 snaps with 51 knockdowns, entered the season as a backup to Josh Williford at right guard before injuries pressed him into his first extended action against Florida in week 6, he started for the first time a week later at right guard in win over No. 3 South Carolina and held the starting spot for the remainder of the year. He played every snap (81) with four knockdowns in win over South Carolina, played every offensive snap in LSU’s last five games, and in six of the seven games he started

Finished year ranked No. 2 on team in knockdowns, had tremendous outing vs. Ole Miss with 12 knockdowns on 77 snaps, played 84 snaps with six knockdowns as LSU piled up 435 total yards (139 rushing, 296 passing) in near-upset of No. 1 Alabama, helped pave the way for Jeremy Hill’s 127 yard rushing effort in win over Texas A&M in College Station, LSU had a 100-yard rusher in four of the seven games that Turner started, all four coming from Hill, prior to being inserted into the game vs. Florida, had played a total of 28 snaps for his entire LSU career, played 36 snaps vs. Florida and saw his first action as a Tiger against North Texas in the season-opener with two snaps.

During sophomore season in 2013, Turner played and started all 13 games at right guard, earned second team All-SEC honors from the Associated Press, helped pave the way for 1,400-yard rusher Jeremy Hill, was also key member of LSU offensive line that blocked for Tiger run game that accounted for a school-record 37 rushing touchdowns in 2013, played a total of 857 snaps from scrimmage with 64 knockdowns, had season-high 10 knockdowns in Outback Bowl win over Iowa as LSU racked up 220 rushing yards against the Hawkeyes, played every offensive snap in final four games of season (55 vs. Alabama, 74 vs. Texas A&M, 71 vs. Arkansas and 71 vs. Iowa) and had seven knockdowns against Texas A&M as Tigers pounded Aggies with 324 rushing yards in 34-10 victory.

At the 2014 NFL combine, Turner surprised many analysts with his speed and athleticism, recording the fastest 40-yard dash among offensive guards. Dallas Cowboys executive vice president Stephen Jones noted after the 2014 NFL Draft that had the Cowboys not traded the number 78 overall selection in a deal to move up to select Boise State defensive end DeMarcus Lawrence, they would have used that pick to draft Turner, whom they regarded as an immediate starter.

Turner was drafted by the Carolina Panthers in the third round (92nd overall) of the 2014 NFL Draft.

On June 4, 2014, Turner signed a four-year contract. As a rookie, during the preseason, Turner won the starting right guard position on the Panther offensive line over veteran Chris Scott. Turner made his NFL debut on September 7, 2014, in Carolina's 20-14 win over the Tampa Bay Buccaneers. Turner made his first NFL start during the Panthers week 5 victory over the Chicago Bears. His emergence into the starting lineup helped the Panthers rank seventh in the NFL in rushing, including a league-leading 975 yards over the last five games. On December 23, 2014, Turner was named to Sports Illustrated All-Rookie Team. Through 618 snaps in the season, Turner did not allow a single sack and Turner surrendered just 11 quarterback disruptions.

On 2015, Turner picked up where he left off from his strong rookie season. Through the first three games, he did not allow a sack and surrendered just three quarterback pressures. Turner had not allowed a sack for the past 627 snaps, the third longest streak in the NFL at left guard. Through six games, Turner allowed just eight hurries as a pass protector and as a run blocker, he rated as PFF's fourth best run blocker in the NFL. Further, through nine weeks, Turner ranked as PFF's 4th best guard in the NFL. Turner was selected for his first career Pro Bowl during the season. Turner could not play in the Pro Bowl due to the Panthers appearance in Super Bowl 50. For the season, Turner allowed just one sack all season despite a passing attack that held the ball longer than most and targeted downfield often. Further, Turner was charged with only 2.5 blown blocks in 1,074 snaps played. The only full-time guard with a better rate of blown blocks per snap was Dallas' Zack Martin. According to PFF, Turner also had the seventh-highest pass-blocking efficiency among guards. On September 6, 2016, Turner became the first solo offensive lineman since Nate Newton to appear on the cover of Sports Illustrated.

On February 7, 2016, Turner was part of the Panthers team that played in Super Bowl 50. In the game, the Panthers fell to the Denver Broncos by a score of 24–10.

Turner started all 16 games at the right guard position for the Panthers in 2016, earning his second consecutive Pro Bowl.

On July 20, 2017, Turner signed a four-year, $45 million contract extension with $20.5 million guaranteed. He started 13 games at right guard before missing the final three games with a concussion. He returned in the wild card round of the playoffs, playing in every offensive snap as the Panthers lost 31-26 to the Saints. Turner was named to his third straight Pro Bowl as an injury replacement.

Turner started 13 games in 2018, missing Week 2 and 3 with a concussion and Week 17 with an ankle injury. He also was named to his fourth straight Pro Bowl. He is now on the Los Angeles Chargers.

He signed a one-year deal with the Pittsburgh Steelers in 2021.

In 2022 he signed a one-year deal with the Washington Commanders. 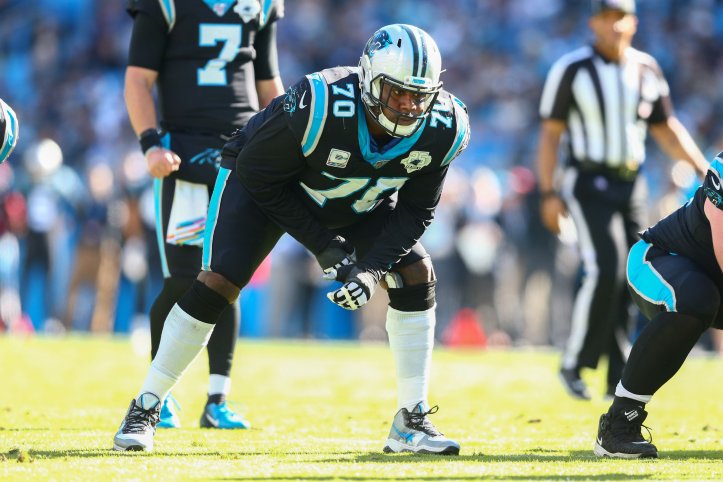 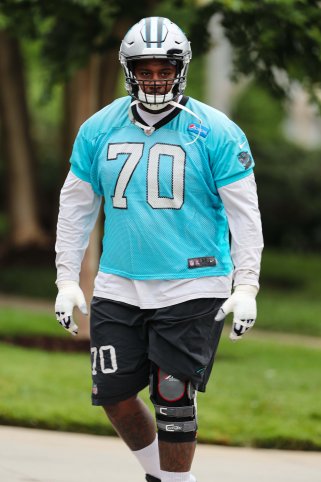 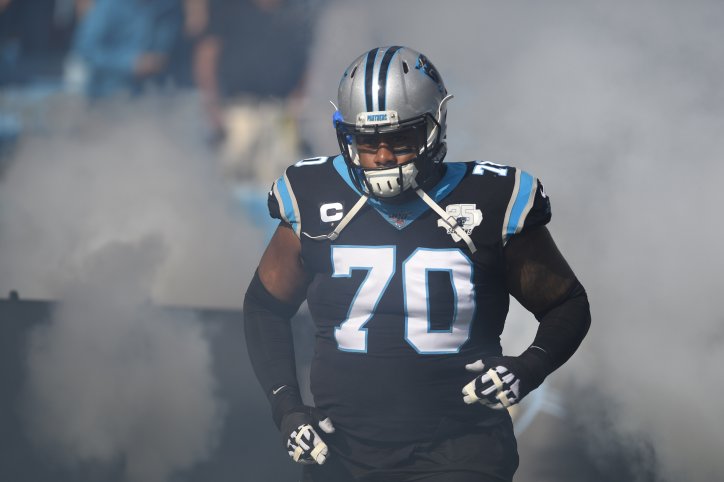 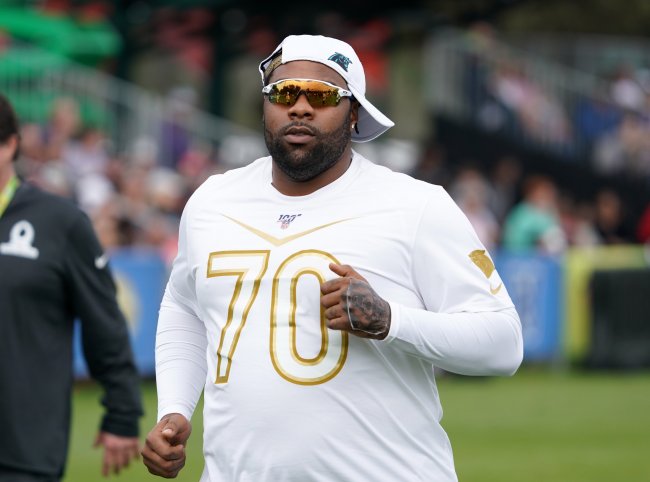 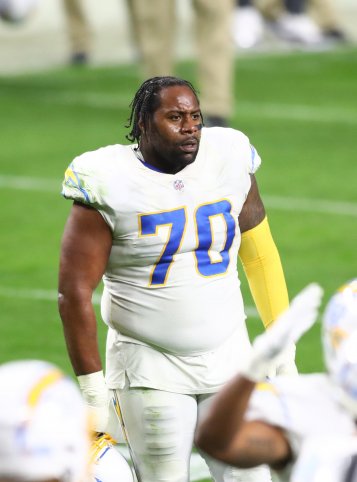