Our mission is to increase the participation of minorities within the esports and video game industry so that there is an equal opportunity as new jobs and professions are being created.

He made his professional regular-season debut in the Cincinnati Bengals' season-opening 24–21 loss at the Chicago Bears. In Week 6, he recorded his first career tackle on Marquise Goodwin with teammate Reggie Nelson during Goodwin's 26-yard kick return. He made two assisted tackles in the Bengals' 27–24 overtime victory at the Buffalo Bills. On October 27, 2013, Williams recorded his first solo tackle on quarterback Matt Simms after he rushed for a 22-yard gain in the fourth quarter. Williams finished the Bengals' 49–9 victory against the New York Jets with a season-high four combined tackles after replacing Taylor Mays, as the main backup safety, due to an injury. He finished his rookie season in 2013 with 12 combined tackles (eight solo) in 16 games and zero starts. The Cincinnati Bengals finished atop the AFC North with an 11–5 record. On January 5, 2014, Williams appeared in his first career playoff game as the Bengals' lost 27–10 to the San Diego Chargers in the AFC Wildcard Game. Williams entered training camp competing for a role as a backup safety against Taylor Mays, Danieal Manning, and Isaiah Lewis. New defensive coordinator Paul Guenther named Williams the backup strong safety, behind George Iloka, to start the regular season. On December 7, 2014, Williams recorded a season-high two combined tackles in a 42–21 loss to the Pittsburgh Steelers. He finished his second season with ten combined tackles (six solo) in 16 games and was a key contributor on special teams. On January 4, 2015, he made one solo tackle in the Bengals' 26–10 loss to the Indianapolis Colts in the AFC Wildcard Game. It marked William's first career tackle in the postseason. Throughout training camp in 2015, Williams competed for the job as the backup safety against Shiloh Keo, Derron Smith, Floyd Raven Sr., and Erick Dargon. Head coach Marvin Lewis named Williams the backup free safety behind Reggie Nelson to start the regular season.

In Week 4, Williams recorded a season-high six combined tackles during a 36–21 victory against the Kansas City Chiefs. On November 1, 2015, Williams earned his first career start at Nickelback and recorded one solo tackle, broke up a pass, and made his first career interception off a pass by quarterback Ben Roethlisberger in the Bengals' 16–10 win at the Pittsburgh Steelers. On December 20, 2015, he made his third career start in place of George Iloka after he suffered a groin injury the previous week. Williams made four combined tackles, deflected a pass, and intercepted a pass by Blaine Gabbert in the Bengals' 24–14 win at the San Francisco 49ers. He finished the 2015 season with 32 combined tackles (25 solo), five pass deflections, and two interceptions in 16 games and four starts. On May 17, 2016, the Cincinnati Bengals signed Williams to a four-year, $20.18 million contract that includes $4 million guaranteed and a signing bonus of $2 million.

Williams entered training camp as the favorite to win the vacant starting safety role after the Bengals opted not to re-sign Reggie Nelson. Head coach Marvin Lewis officially named him the starting strong safety to begin the regular season, alongside George Iloka.

He started the Cincinnati Bengals' season-opener at the New York Jets and recorded a season-high nine combined tackles in their 23–22 victory. On October 23, 2016, Williams made five combined tackles, a pass deflection, an interception, and his first career sack on quarterback Kevin Hogan during the Bengals 31–17 win against the Cleveland Browns. The following week, Williams collected a season-high nine solo tackles during a 26–26 tie with the Washington Redskins. He missed the Bengals' Week 12 loss at the Baltimore Ravens after he sustained a hamstring injury the previous week. He finished the 2016 season with a career-high 81 combined tackles (59 solo), five pass deflections, two interceptions, and a sack in 15 games and 15 starts. Williams earned an overall grade of 80.6 from Pro Football Focus. His overall grade was the best grade among all of the Bengals' defensive backs and was the 32nd best grade among all of the qualifying safeties in 2016. On August 19, 2017, Williams made two combined tackles before leaving in the third quarter after sustaining an elbow injury during the Bengals' 30–12 loss to the Kansas City Chiefs in their second preseason game. On August 20, 2017, it was reported that Williams had suffered a dislocated elbow and was expected to miss 4–6 weeks. His elbow recovered in time for him to start in Week 2. In Week 7, Williams collected a season-high seven combined tackles in the Bengals' 29–14 loss at the Pittsburgh Steelers. On November 5, 2017, he made four solo tackles before leaving the Bengals' 23–7 loss at the Jacksonville Jaguars with a hamstring injury. On September 9, 2018, Williams was ejected after a helmet-to-helmet hit on Andrew Luck during the first quarter of a 34–23 win against the Indianapolis Colts. Michael Johnson was tackling Luck, who was scrambling towards the first-down yardage on 3rd and 7 when Williams came from the front and collided with Luck helmet-to-helmet. This resulted in a personal foul penalty and Williams' ejection from the game. The very next game, on September 13, he recorded a sack, an interception, and a forced fumble against the Baltimore Ravens, strip-sacking Joe Flacco in the 4th quarter to seal the 34–23 victory. In Week 12 against the Pittsburgh Steelers, Williams recorded 3 tackles and intercepted his first pass of the season off Mason Rudolph in the 16–10 loss. In Week 16 against the Miami Dolphins, Williams recorded a team-high 13 tackles and sacked Ryan Fitzpatrick once during the 38–35 overtime loss. In Week 13 against the Miami Dolphins, Williams intentionally stepped on Solomon Kindley's foot and was suspended one game by the NFL for violating the league's unnecessary roughness and unsportsmanlike conduct policies. He was reinstated from suspension on December 14, 2020. On March 31, 2021, Williams signed with the Arizona Cardinals a one-year contract. 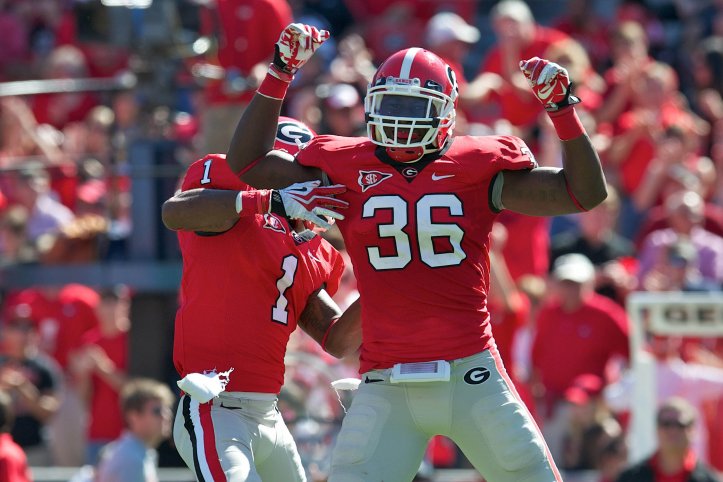 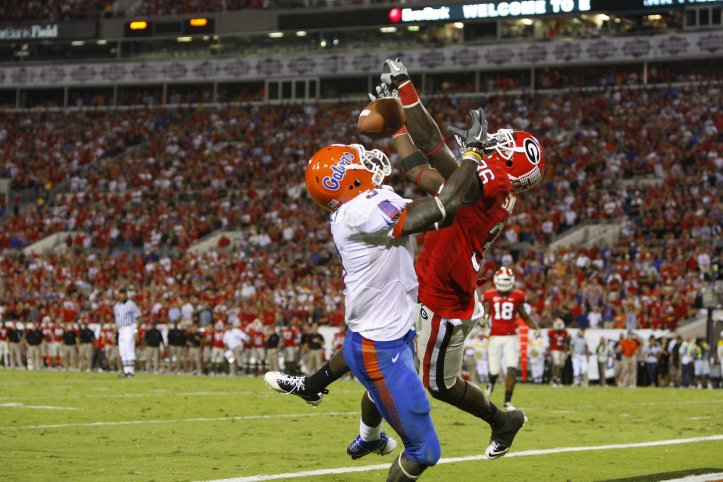 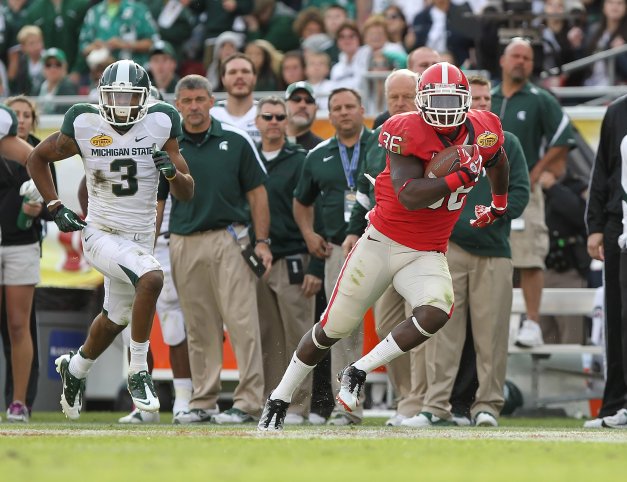 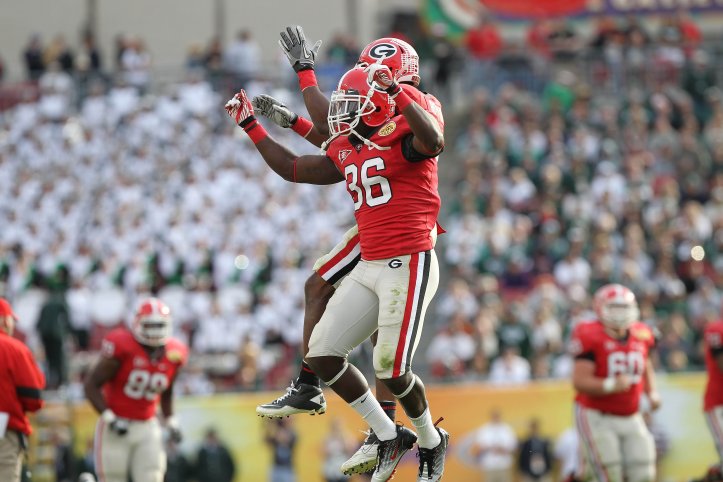