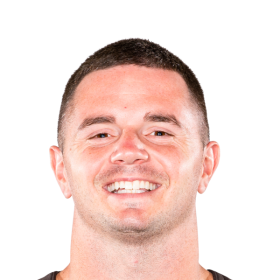 Special Olympics is the world's largest sports organization for children and adults with intellectual disabilities and physical disabilities, providing year-round training and activities to 5 million participants and Unified Sports partners in 172 countries.

The foundation exists to provide financial support for the hospital’s mission of improving the health and well-being of children, teenagers, and young adults through excellence in patient care, teaching, research, and advocacy.

Switzer attended George Washington High School in Charleston, West Virginia, where he played on his high school football team, the Patriots. As a junior, he led the team in receiving and scored 12 total touchdowns (receiving, rushing and return combined), averaging over 110 yards al...

Switzer attended George Washington High School in Charleston, West Virginia, where he played on his high school football team, the Patriots. As a junior, he led the team in receiving and scored 12 total touchdowns (receiving, rushing and return combined), averaging over 110 yards all purpose yards per game for the No. 1 ranked team in the state. He finished his senior season with 206 carries for 2,379 yards and 32 touchdowns; he also caught 20 passes for 253 yards and four touchdowns and returned three interceptions for scores.

In addition to football, Switzer participated in basketball, helping lead George Washington to the 2011 AAA state basketball title as their starting point guard.

Also a standout track and field athlete, Switzer finished 5th in the 2010 AAA state track meet in the 100-meter dash with a time of 11.1 seconds and 6th in the long jump at 20 feet 6 inches (6.25 m) and was the lead man on the 4×100 and 4×200 teams that won state championships. He was timed at 4.33 in the 40-yard dash, completed the 60-yard shuttle in 7.3 seconds and had a vertical leap of 34 inches. He committed to the University of North Carolina to play college football, and was drafted by the Dallas Cowboys.

As a freshman at UNC (University of North Carolina in Chapel Hill) in 2013, Switzer led all NCAA major college players with an average of 20.9 yards per punt return. He accounted for five punt return touchdowns during the season and also had 32 receptions for 341 receiving yards and three receiving touchdowns. On November 2, against NC State, he threw a 59-yard passing touchdown to Quinshad Davis in the 27–19 victory. As a sophomore in 2014, he caught 61 passes for 757 yards and four touchdowns. On September 20, against East Carolina, he threw a 35-yard touchdown pass to T. J. Thorpe in the 70–41 loss.

As a junior in 2015, Switzer recorded a team-high 55 receptions for 697 yards and six touchdowns and also returned two punts for scores. In October 2015, a controversial decision by the ACC negated a 70-yard punt return by Switzer, ruling that he had given an "invalid signal" before the return.

In his senior season, Switzer set a school single-season record with 96 receptions for 1,112 yards and scored six touchdowns. He left North Carolina as the career record holder in both receptions and receiving yards.

Switzer was selected by the Dallas Cowboys in the fourth round (133rd overall) in the 2017 NFL Draft. He was the fourth of five North Carolina Tar Heels to be selected that year. A hamstring injury forced him to miss multiple training camp practices and the first two preseason games.

On September 10, 2017, Switzer made his NFL debut in the season opener against the New York Giants. In the game, his role was being the kickoff and punt returner. He fielded two kick returns for 42 net yards and one punt return for no yards. On September 25, against the Arizona Cardinals, he recorded a three-yard rush on the first carry of his career.

On August 27, 2018, Switzer was traded to the Pittsburgh Steelers. During the Steelers' Week 3 win over the Tampa Bay Buccaneers, Switzer recorded his first receiving touchdown as a Steeler on a one-yard reception from Ben Roethlisberger. On November 25, 2018, against the Denver Broncos, Switzer had six receptions for a season-high 67 yards during the loss. He finished the season with 36 receptions for 253 yards, one receiving touchdown, 30 punt returns for 252 yards and 30 kickoff returns for 607 yards.

Switzer was signed to the Cleveland Browns' practice squad on October 1, 2020. On January 23, 2021, Switzer signed a reserve/futures contract with the Browns. 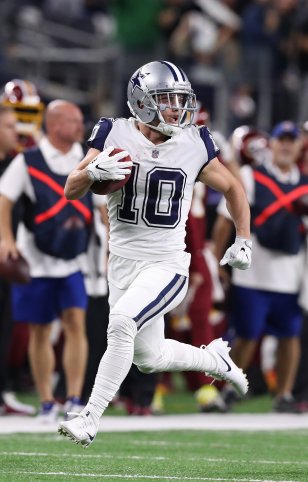 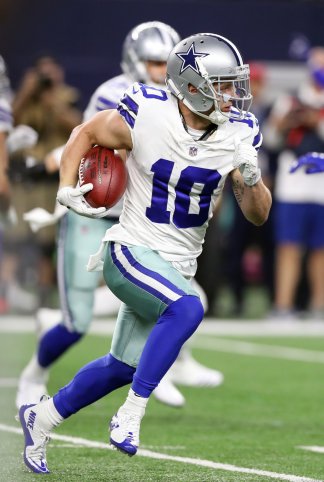 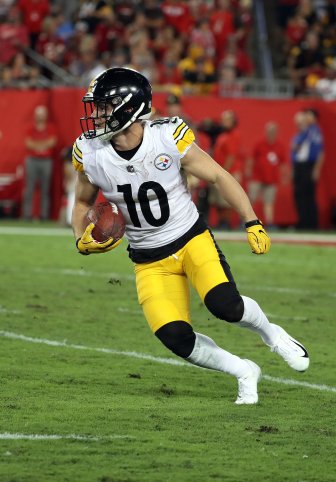 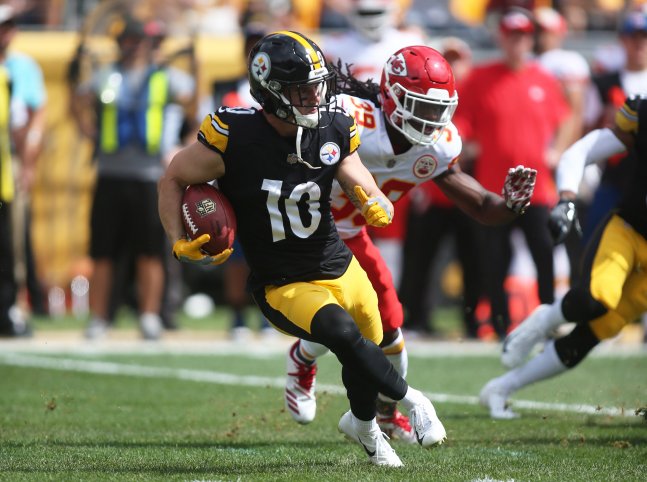 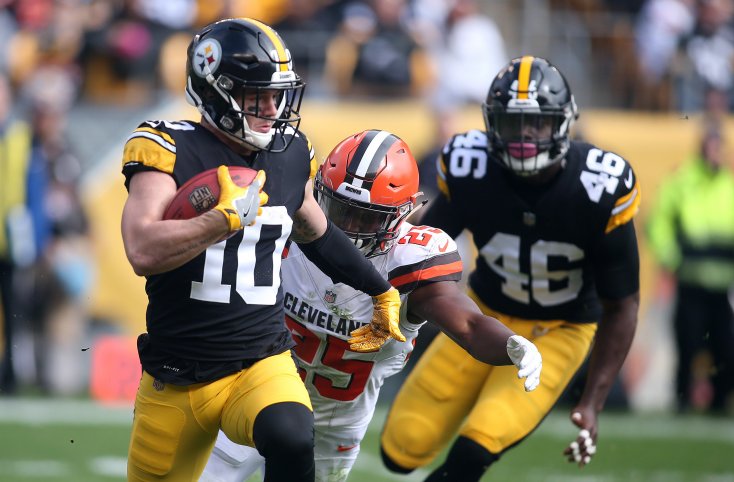 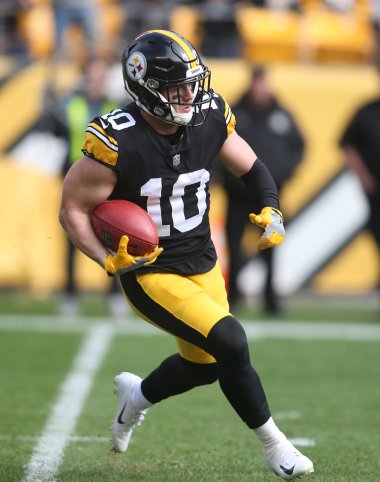 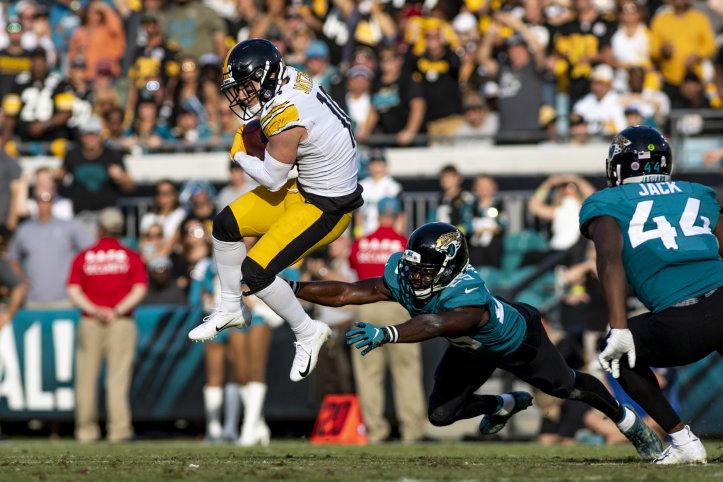 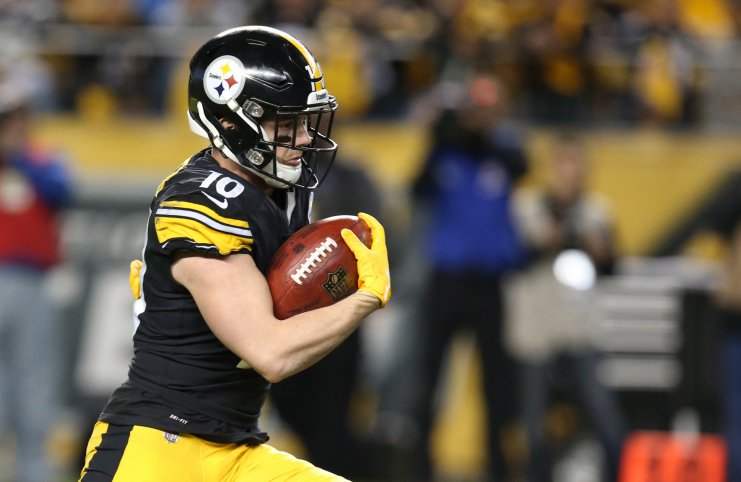 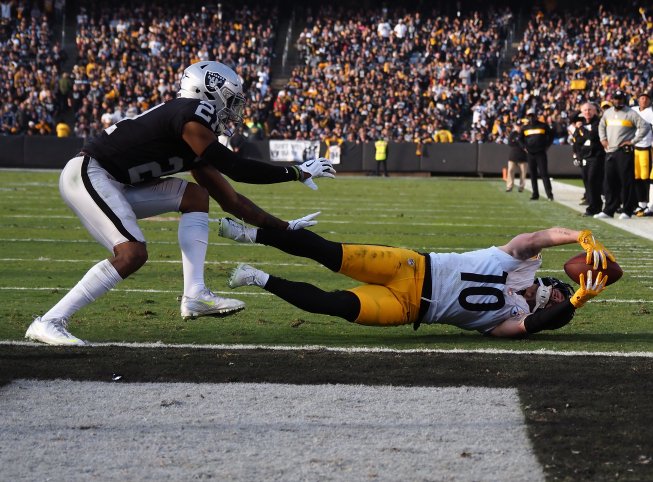 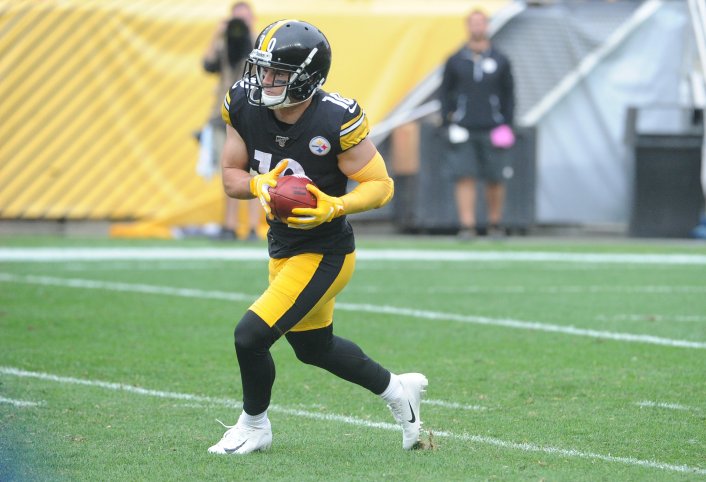 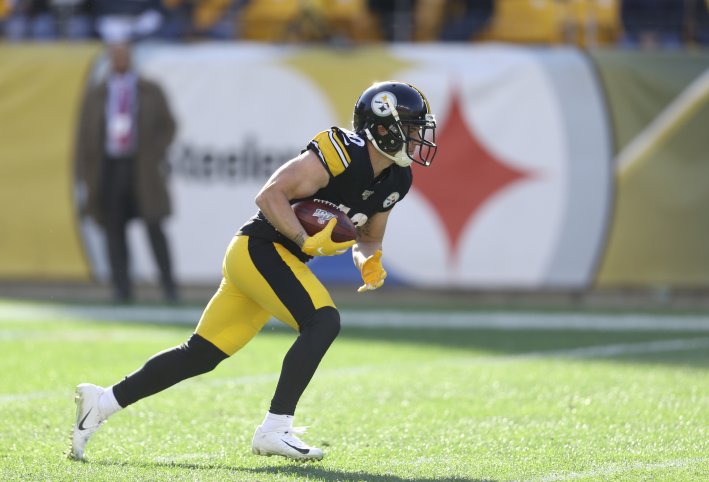 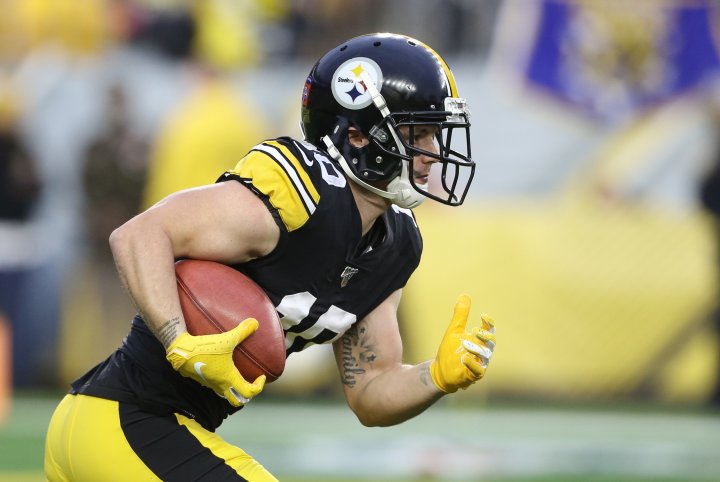 I just appreciate TJ’s motor so much. He empties the tank every, single, snap.

This is the exact recipe Pitt needed. Muck it up as much as possible. #ChiefsVsSteelers

Freiermuth ran the wrong route. Supposed to be a 8-10 yard speed out. Ben signaled pre snap. Gotta have all eyes on 7 pre snap.

Does Malik Curry have another year?

Without Curry this is a 40 point game. Great effort on his part. Back to the drawing board. #1 Baylor coming to Motown on Tuesday.