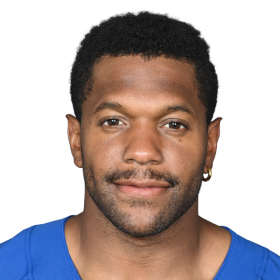 The free camp focuses on improving football fundamentals for kids between the ages of 8-14. It was created as a virtual camp during COVID so kids could still train during the lockdown.

get involved
Change Our Future Foundation

Change Our Future seeks to empower people through education, advocacy, and awareness in the areas of youth development, healthy lifestyles, and community enrichment. Our passion is to collaboratively eliminate barriers seen in healthcare, education, and civic engagement by advancing programs, opportunities and resources that give youth, families, and communities a path toward a healthy and hopeful future.

Raised $205,000 while collecting 250 new pairs of sneakers and 150 toys for local families in need at his inaugural Art & Sole Sneaker Ball.

In his early years, McLeod attended DeMatha Catholic High School and when he finished high school, he committed to the University of Virginia where he played his collegiate football career.

After he graduated college, McLeod signed with the St. Louis Rams to a three-year contract on April 30, 2012, aft...

In his early years, McLeod attended DeMatha Catholic High School and when he finished high school, he committed to the University of Virginia where he played...

In his early years, McLeod attended DeMatha Catholic High School and when he finished high school, he committed to the University of Virginia where he played his collegiate football career.

After he graduated college, McLeod signed with the St. Louis Rams to a three-year contract on April 30, 2012, after going undrafted in the 2012 NFL Draft. He was named as the backup free safety to begin the season and he made his professional regular-season debut in the St. Louis Rams season-opener at the Detroit Lions where he recorded two solo tackles. His first career tackle was on Lions' running back Stefan Logan after Logan returned a kick for 13-yards. He finished his rookie season in 2012 with 13 combined tackles with nine solo tackles in 16 games and zero starts and also led the Rams with 16 special teams tackles as a rookie. In the 2013 season, McLeod was named the starting strong safety to begin the season. He made his first career start in the Rams season-opener against the Arizona Cardinals where he collected five combined tackles in their 27–24 victory. On November 3, 2013, McLeod registered seven combined tackles, broke up a pass, and made the first interception of his career off a pass attempt by quarterback Jake Locker during the Rams 28–21 loss to the Tennessee Titans. He finished his first season as a starter with 79 combined tackles where 63 of them were solo tackles, seven pass deflections, and two interceptions in 16 games and 16 starts.

In 2014, McLeod was named the starting safety alongside T. J. McDonald to begin the regular season. He started the St. Louis Rams season-opener against the Minnesota Vikings and collected a season-high seven combined tackles. He finished the 2014 season with 72 combined tackles with 62 solo tackles, six pass deflections, and two interceptions in 16 games and 16 starts. On March 6, 2015, the St. Louis Rams extended McLeod contract for one year and for the 2015 season, McDonald and McLeod remained as the starting safety duo to begin the 2015 regular season. In his last season with the St. Louis Rams, McLeod recorded 82 combined tackles with 59 solo tackles, five pass deflections, three forced fumbles, and an interception in 16 games and 16 starts and was given an overall grade of 83.9, which was the 10th highest grade among qualifying safeties and the 9th highest pass coverage grade of 79.8 in 2015 by Pro Football Focus. After the 2015 season, McLeod became an unrestricted free agent became one of the top safety prospects on the free-agent market. On March 9, 2016, the Philadelphia Eagles signed McLeod to a five-year contract and was named as the starting safety alongside Jenkins to begin the season. He started the Eagles season-opener against the Cleveland Browns and recorded four combined tackles and intercepted a pass by quarterback Robert Griffin III in their 29–10 victory. In Week 6, McLeod collected a career-high 14 combined tackles, 12 of them solo, in the Eagles 27–20 loss at the Washington Redskins and the following week, he recorded seven solo tackles, broke up a pass, made an interception, and his first career sack on Sam Bradford during a 21–10 victory against the Minnesota Vikings. He finished his first season with the Philadelphia Eagles with a career-high 83 combined tackles, 72  ¡were solo, seven pass deflections, three interceptions, a forced fumble, and a sack in 16 games and 16 starts.

In the 2017 season, defensive coordinator Jim Schwartz retained McLeod and Jenkins as the starting safeties to begin the season. He appeared in every single game since his debut as a rookie in 2012, totaling 82 consecutive games. On November 19, 2017, he made three combined tackles, broke up a pass, and intercepted a pass by Dak Prescott in the Eagles' 37–9 win at the Dallas Cowboys making it three consecutive games with an interception for the first time in his career. He finished the 2017 season with 54 combined tackles, 39 were solo, six pass deflections, three interceptions, and a forced fumble in 14 games and 14 starts and was given an overall grade of 79.3, ranking him 39th among all safeties in 2017 by Pro Football Focus. On January 13, 2018, McLeod started his first career playoff game and recorded seven solo tackles and a sack on Matt Ryan during the Eagles 15–10 victory against the Atlanta Falcons in the NFC Divisional round and in the Super Bowl LII game against the New England Patriots, he recorded six combined tackles and broke up a pass in the Eagles' 41–33 victory, grading out as the 36th best safety by Pro Football Focus in 2017.

He signed an extension with the Philadelphia Eagles in 2020.

In April of 2022, he signed a deal with the Indianapolis Colts. 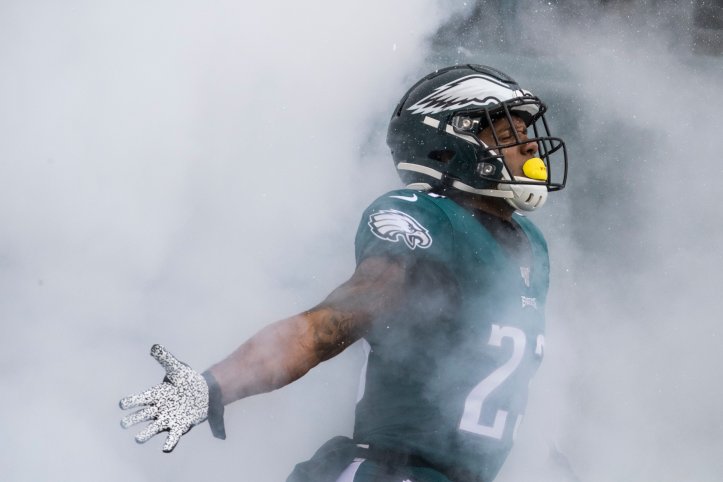 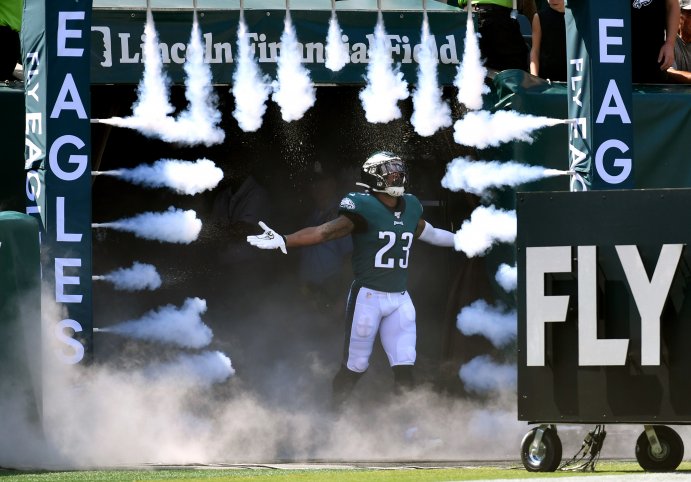 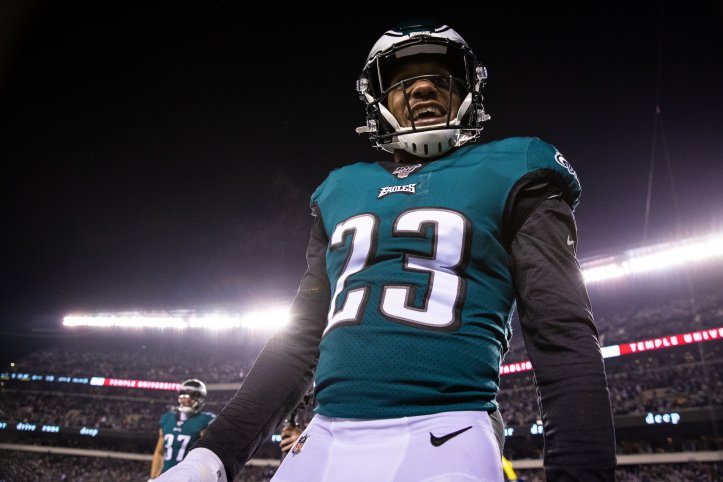 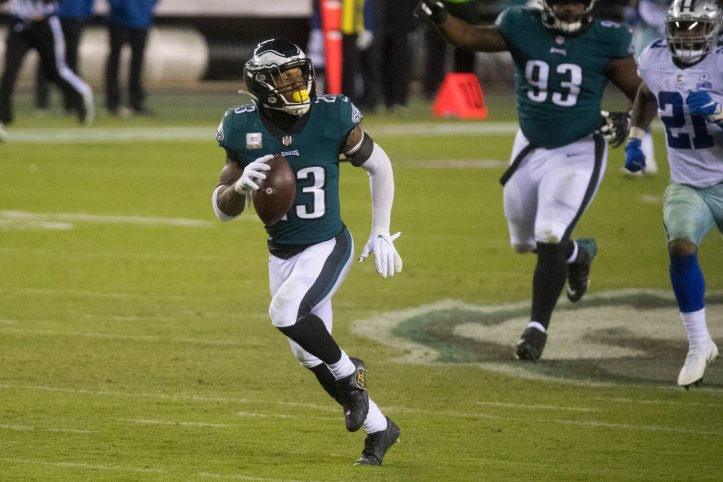 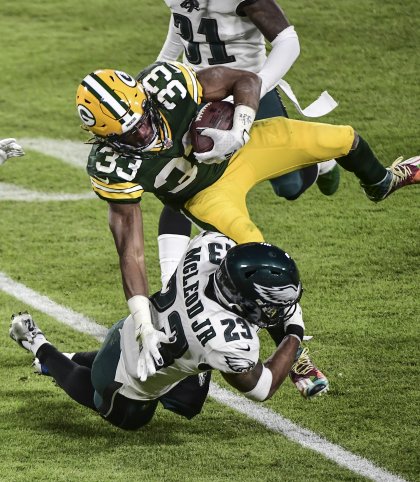 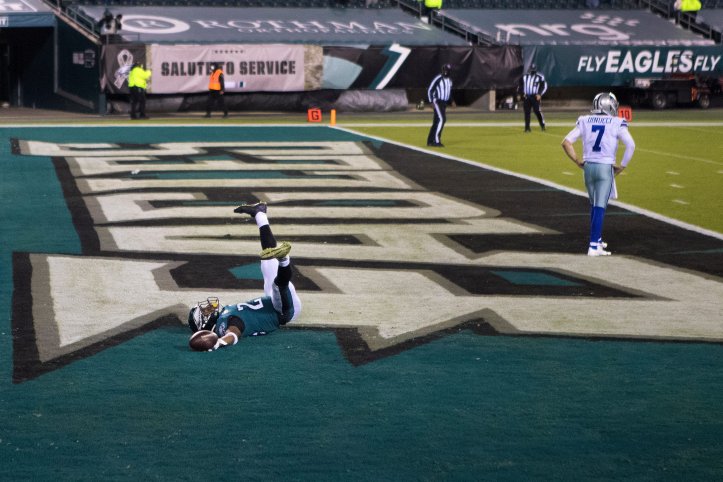 RT @Colts_Law: 🔴#Colts Give Away Game To #Titans🔴 @JPowers25 &amp; I discuss the game. @Rodney_McLeod4 talks: Having @iammikemitchell as his…