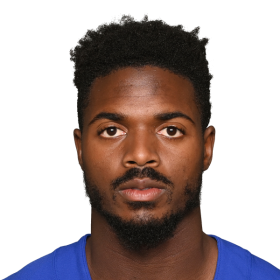 He attended Central Valley High School where he played both football and basketball; as a sophomore in 2010, caught 25 passes for 520 yards and s...

In 2013 he redshirted during his first season at The University of Alabama.  During 2014 as a redshirted freshman he saw action in nine games while recording six catches for 44 yards with one solo tackle on special teams. In FAU, he made his first career catch for three yards in the win over the Owls. He had one catch for one yard and registered season highs with four catches for 40 yards. He also made one tackle.

In 2015 as a sophomore he tallied ten catches for 116 yards and two touchdowns in three starts. He earned his first career start as a wide receiver, hauling in a team-high tying four catches for a team-leading 50 yards and the first touchdown of his career on a 22-yard strike from Jake Coker. Foster Pulled in four passes once again, this time for 49 yards while also adding one score against the Blue Raiders in Middle Tennessee. He collected two receptions for 17 yards in Ole Miss.

As a junior in 2016, Robert Foster was an explosive wide receiver who was the Tide’s No. 1 option in 2015. Foster caught his first three passes of the season for a total of 13 yards and had a long reception of six yards and rushed one time for a loss. Foster saw time on offense and special teams. He made his first tackle of the season, stopping the UT returner on the opening kickoff.

In 2017 Foster was an explosive wide receiver on the outside for the Crimson Tide. He recorded 14 catches for 174 yards and a touchdown on the season, rushed once for 12 yards, caught at least one pass in nine of the Tide’s 14 games during his senior campaign, and added one tackle on special teams. Foster started his second consecutive game, hauling in two passes for 23 yards and had a long reception of 14 yards, which went for a first down. He snagged his lone pass of the day in traffic, using his speed to blow past the Rams’ defenders for a 52-yard touchdown; the score was his first since the Middle Tennessee game in 2015. He caught one pass but was trapped in the backfield with the play going for a loss and tied for second on the team in receptions with two for 25 yards. Foster set a season-high mark for catches with three totaling 28 yards and had a long reception of 15 with two of his three receptions going for a first down against the Bulldogs.

Foster signed with the Buffalo Bills as an undrafted free agent on May 11, 2018; he recorded his first two professional receptions in the second week of the season and his first 100-yard receiving game against the New York Jets on November 11, finishing with 105 yards on three receptions. He completed his rookie season with 27 receptions for 541 yards and three touchdowns while averaging 20 yards per reception and was named by Pro Football Focus to its all-rookie team as an offensive flex player. Foster was sparsely used in the Bills offense during his second professional season, as the team added veterans John Brown and Cole Beasley during the offseason. He also struggled with injuries during preseason. Foster caught just three of 18 targets for 64 yards, and was made inactive during the Bills' playoff game against the Houston Texans in favor of Duke Williams. He also rushed twice for 29 yards. On April 2, 2020, Foster was re-signed to a one-year contract by the Bills. He was waived as part of final roster cuts on September 5, 2020. On September 9, 2020, Foster was signed to the Green Bay Packers' practice squad. On October 22, 2020, Foster was signed off the Packers' practice squad by the Washington Football Team. On March 18, 2021, Foster was signed by the Miami Dolphins. 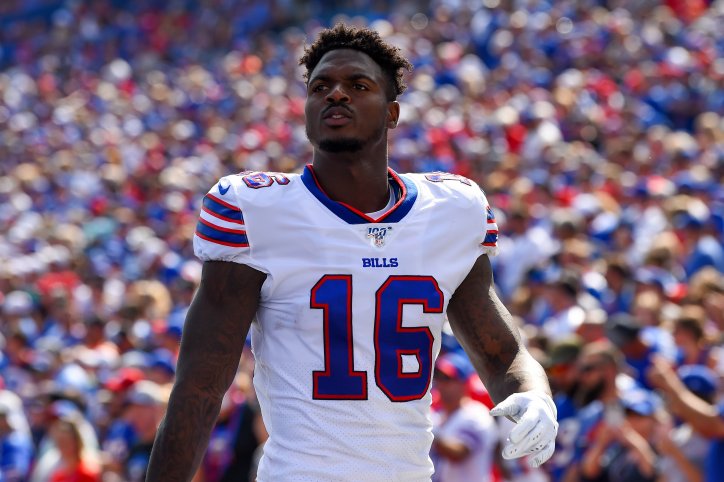 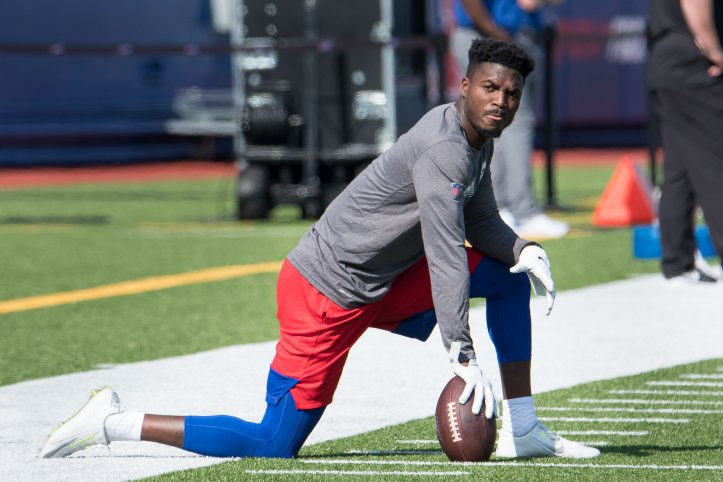 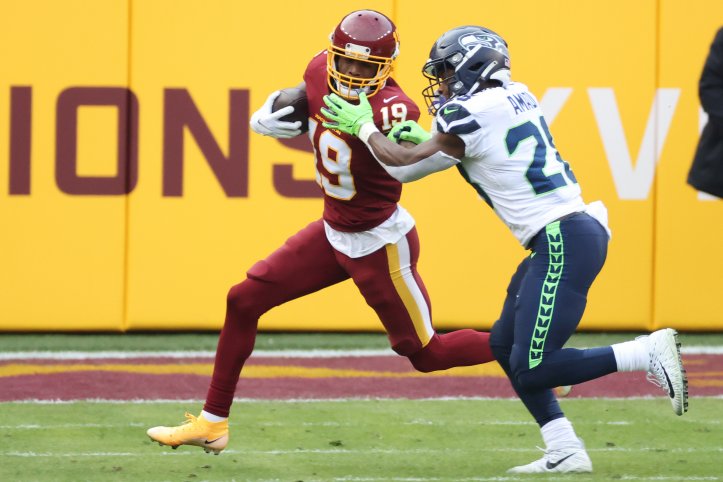 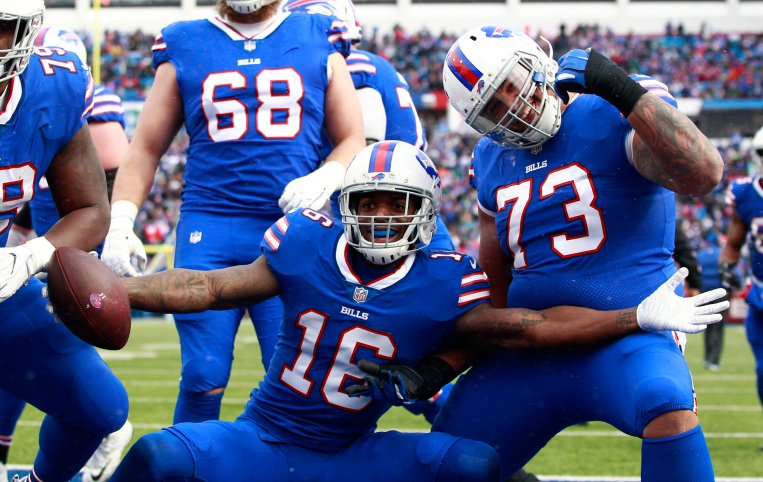 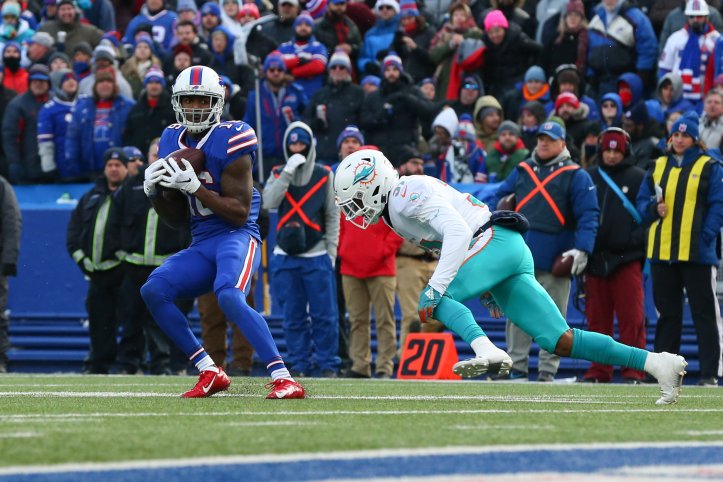 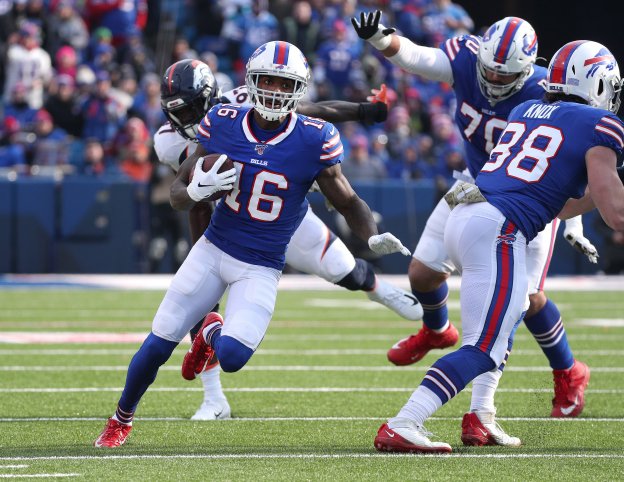