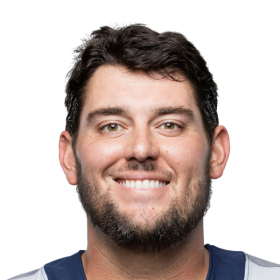 He played college football at Texas A&M, and was recognized as the nation's best college football kicker and a consensus All-American. He was selected by the Houston Texans in the fifth round of the 2012 NFL Draft, after winning college football's Lou Groza Award. Bullock is currently the 21st ...

He played college football at Texas A&M, and was recognized as the nation's best college football kicker and a consensus All-American. He was selected by the Houston Texans in the fifth round of the 2012 NFL Draft, after winning college football's Lou Groza Award. Bullock is currently the 21st most accurate placekicker in NFL history.

He attended Klein High School, where he played football. Bullock was the fourth-ranked kicker in the nation coming out of high school with at least six formal collegiate scholarship offers. Bullock attended Texas A&M University, where he played for the Texas A&M Aggies football team from 2008 to 2011. After completing 29 of his 33 field goal attempts during his 2011 senior season, he received the Lou Groza Award, given annually to the best college football placekicker. He was also recognized as a consensus first-team All-American in 2011. Bullock is the all-time scoring leader at Texas A&M University with 365 points in 46 collegiate games. His 63 field goals is also a Texas A&M record during his tenure in College Station. He still holds the records for consecutive extra points and most extra points in Texas A&M history. Bullock returned to Texas A&M to finish his petroleum engineering degree at the conclusion of his rookie season on injured reserve.

The Houston Texans selected Bullock in the fifth round of the 2012 NFL Draft, with the 161st overall pick, becoming the first kicker ever drafted by the team. His draft profiles agreed that he has tremendous leg strength for field goals and kickoffs, along with his accuracy on long and short kicks. NFL draft analysts noted that Bullock takes a consistent, controlled approach to each kick, getting enough rise to avoid blocks. Bullock was competing with veteran Shayne Graham for the placekicker position. He had made 3 of 4 field goal attempts in the preseason, with the majority of his attempts coming from longer than 50 yards. Bullock's rookie season ended on August 26, 2012, when he was placed on injured reserve with a groin tear. Bullock fully recovered from his injury, without losing leg strength, and won the kicking job the following season. During the 2013 preseason, Bullock hit 6 of 7 field goal attempts, including one from 55 yards. In the game against the San Diego Chargers during Week 1 of the 2013 regular season, Bullock hit the game-winning field goal from 41 yards to cap the biggest comeback in Texans history. He continued his success streak into the 2014 season, breaking the record for the most consecutive field goals in Texans' franchise history (16). The streak came to an end due to a blocked field goal on a missed blocking assignment against the Oakland Raiders. This streak did not include Bullock's perfect preseason with the Texans in 2014 finishing 100% (4/4) with field goals, including a long kick of 52 yards, and 100% (4/4) with extra points. Bullock was reliable with his misses typically coming on field goal attempts beyond 50 yards in 2013. During the 2014 season, he finished the season as the 6th-ranked NFL kicker based on his performance of making 30 of 35 field goal attempts in the regular season, with a long of 55 yards. He made 4 of 5 attempts (80%) beyond 50 yards that season. He also converted 100% of his 40 extra point attempts. Bullock added 40 touchbacks in the 2014 regular season, the 12th most in the NFL that year.

On December 20, 2014, against the Baltimore Ravens, Bullock set a Texans' franchise record for most field goals in a game, making all six field goal attempts as well as setting another franchise record for most points in a single game (19), en route to leading the Texans to a 25–13 win. Bullock also was awarded the AFC Special Teams Player of the Week. In 2015, when a rule change lengthened the distance from which an extra point is attempted, Bullock was tied for first among all NFL placekickers in preseason field goal success percentage with a perfect 5 field goals in 5 attempts, and a 100% success rate of 7/7 on the extra point attempts. Bullock was the first kicker to miss an extra point, but remained a combined (preseason and regular season) 10/11 (91%) on field goals and 10/12 (83.3%) on PATs in 2015. On September 29, 2015, the Texans released Bullock and signed Nick Novak to replace him, despite being ranked among the Top (10) NFL kickers in terms of field goal percentage making 4 of 5 attempts. The lone 2015 field goal miss was a 43-yard attempt that hit the right upright in the Texans' Week 3 win over Tampa Bay Buccaneers. Bullock had 10 touchbacks on 13 kickoff attempts (77%) with the Houston Texans in 2015, keeping him in the Top 7 of NFL kickers by touchback percentage after Week 3. Nearly 20% of his field goal attempts as a member of the Texans were 50+ yards, well above the NFL average, as the Texans struggled on offense from 2013 to 2015, often failing to reach the red zone.

In 2021 he signed a deal with the Tennessee Titans. 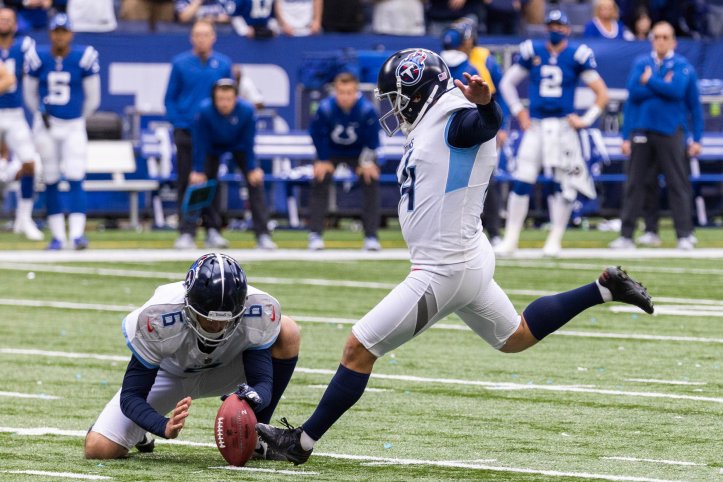 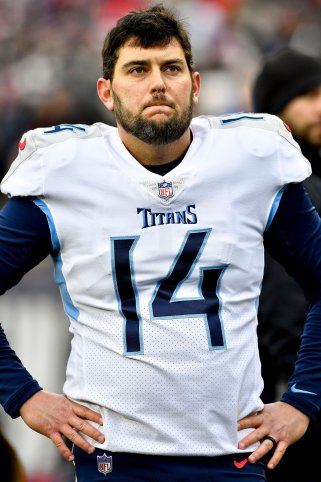 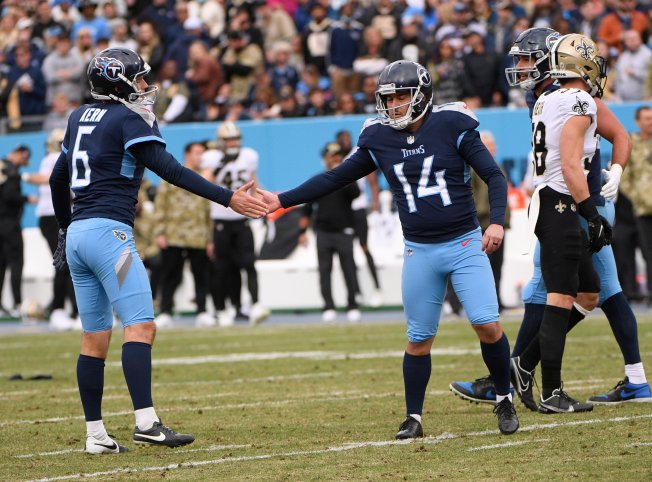