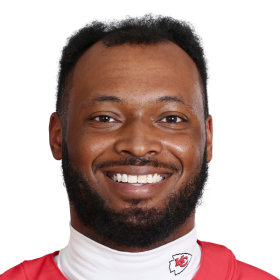 We are a national nonprofit that educates and empowers the sports community to eliminate racial discrimination, champion social justice and improve race relations.

Our fundraising events are key to fighting for our mission and building a supportive cancer community. Our community events and patient services are funded entirely by donations. Donate now to make sure they continue.

Mike Edwards was born May 18, 1996, in Cinncinatti, Ohio. He is a safety in the NFL. Edwards was a four-sport athlete in high school, one of them was football. In his junior year, he returned 9 kickoffs for 248 yards and a touchdown and had 92 tackles his junior year with five interceptions, including three returned for touchdowns and two fumbles forced. He was named special-mention all-state as a...

Mike Edwards was born May 18, 1996, in Cinncinatti, Ohio. He is a safety in the NFL. Edwards was a four-sport athlete in high school, one of them was football. In his junior year, he returned 9 kickoffs for 248 yards and a touchdown and had 92 tackle...

Mike Edwards was born May 18, 1996, in Cinncinatti, Ohio. He is a safety in the NFL. Edwards was a four-sport athlete in high school, one of them was football. In his junior year, he returned 9 kickoffs for 248 yards and a touchdown and had 92 tackles his junior year with five interceptions, including three returned for touchdowns and two fumbles forced. He was named special-mention all-state as a junior and was named first-team Division II All-Ohio as a defensive back. Edwards had a great senior season with seven interceptions, two fumble recoveries, and 46 tackles to go along with 13.7 yards per punt return including three for touchdowns. He had two interceptions in his team’s first-round playoff game in 2013, helping the squad advance to the second round. He was ranked as the 14th-best prospect in the state of Ohio and 25th-best safety in the nation by Rivals and Scout ranked him the 29th best cornerback in the nation and 256th-best prospect in the country. He was also a four-star prospect by Rivals and Scout, and a three-star prospect by 247Sports.com and ESPN.

Edward attended the University of Kentucky, where in 2015 he had a strong finish to his redshirt freshman campaign that started in 2014, playing in all 12 games and starting the final five of the year. He had 39 tackles, including two tackles for a loss, and he had an interception, broke up two passes and forced a fumble. He forced a fumble at Vandy and picked off his first career pass vs. Charlotte, and had a strong eight-tackle game vs. Tennessee, including his first career tackle for a loss. After his 20-yard interception return for a TD vs. Charlotte, he was named SEC Freshman of the Week. As a sophomore in 2016, he started in all 13 games and was named second-team AP All-SEC and third-team by Athlon and Phil Steele. He led all SEC defensive backs in tackles with 100 and was second on the team and seventh in the SEC in tackles per game with 7.7. Edward had two interceptions of Heisman Trophy winner Lamar Jackson in the win over No. 11 Louisville, tying the record for most pickoffs in a Governor’s Cup game, and also tied the record for most Governor’s Cup interceptions in a career. Due to that, he had a team-high tying three interceptions. He was named SEC Co-Defensive Player of the Week after his performance vs. Louisville, where he tied for 10th in the SEC in total passes defended with 11, and 5.5 tackles for loss. He also had a career-high 13 tackles against Georgia.

In his junior season in 2017, he started in all 13 games, giving him a streak of 31 consecutive starts. He led the team and his ranked tied for ninth in the SEC in tackles per game with 7.5. Thanks to his effort, he was a Phil Steele All-SEC First Team and was on Jim Thorpe Preseason Watch List. He had a team-high four INTs and seven PBU and was the fourth player in school history to lead the team in both interceptions and tackles in the same season, joining Darryl Bishop in 1972, Quentus Cumby in 2002 and Danny Trevathan in 2011. Edward ranked 38th nationally and was third in the SEC in total interceptions with 4, and his ranked tied for 11th in the SEC in passes defended with .83 per game. He had five double-figure tackle games in his Junior season and nine in his career. He had 11 tackles and his first career QBH vs. Ole Miss and sealed UK's win over EKU with a late interception in the fourth quarter against Eastern Michigan He was also named a Preseason All-SEC Third Team.

Edward was the team's captain and started in all 13 games in his senior year in 2018. He ranked second on the team in tackles with 76, TFLs with 9.0, PBUs with 6 and INTs with 2. He played in the Reese's Senior Bowl, charting two tackles. He was a Second-Team All-SEC, Third-Team All-SEC, and was on the Thorpe Award Watch List and the Bronko Nagurski Trophy Watch List. Edward was just the sixth player in school history with at least two INT returns for a TD. He opened the scoring with a 66-yard interception return for a touchdown on the first defensive possession of the MTSU game and was UK first interception return for a TD since Marcus McWilson vs. Mississippi State in 2016 and longest INT return for a TD since Josh Forrest’s 81-yarder vs. Louisville in 2015. He had a season-high 12 tackles vs. MTSU, his second double-figure game of the season and 11th of his career and had a career-high three TFL at Texas A&M. He was considered a First-Team Preseason All-SEC and Second-Team Preseason All-SEC. In 2019, Edwards was signed by the Tampa Bay Buccaneers in the third round of the 2019 NFL Draft. 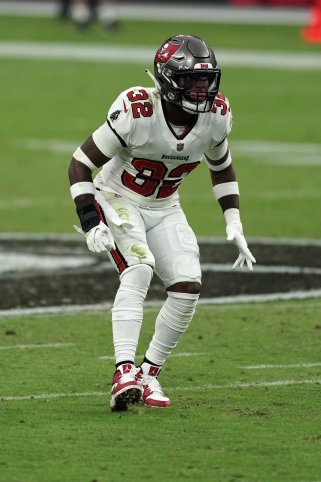 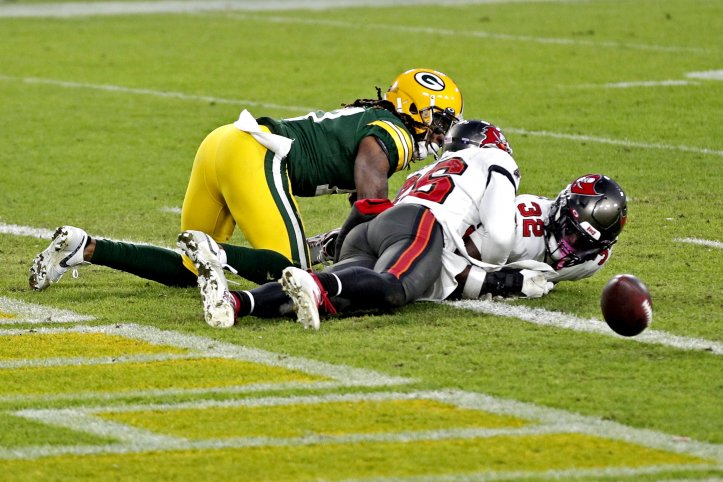 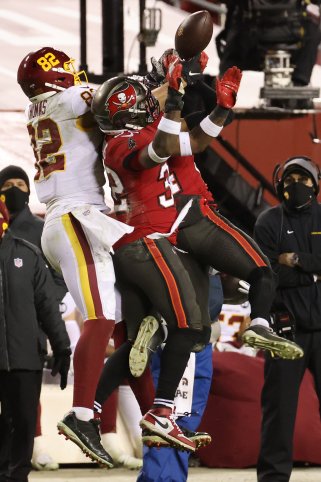