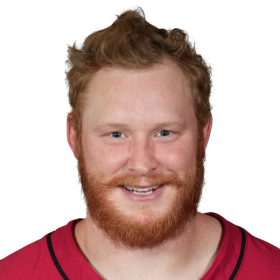 The American Red Cross, also known as The American National Red Cross, is a humanitarian organization that provides emergency assistance, disaster relief, and disaster preparedness education in the United States.

To empower a nation of allies who work with us to provide support for patients and families, caregivers, and survivors; to raise awareness of preventive measures; and inspire efforts to fund critical research.

In his early years, Williams attended Waconia High School where he started playing football where he was ranked as the No. 7 player in Minnesota by Rivals.com, while Scout.com ranked as the No. 48 tight end in the nation. He played in Semper Fidelis All-American Bowl as a punter, but also saw actio...

In his early years, Williams attended Waconia High School where he started playing football where he was ranked as the No. 7 player in Minnesota by R...

In his early years, Williams attended Waconia High School where he started playing football where he was ranked as the No. 7 player in Minnesota by Rivals.com, while Scout.com ranked as the No. 48 tight end in the nation. He played in Semper Fidelis All-American Bowl as a punter, but also saw action at tight end, catching a touchdown pass during the game and earned All-State honors from the AP and Minnesota Vikings. He was a third-team All-Metro by the Star-Tribune as a senior and earned All-Metro honors from KARE-11 as a punter in 2010. He passed for 784 yards and eight touchdowns as a quarterback in 2011 while rushing 120 times for 902 yards and 13 scores and recorded 80 tackles and two interceptions as a senior.

After finishing high school, Williams committed to the University of Minnesota to play college football. After redshirting in 2012, he played in 13 games and started seven in his freshman season in 2013, leading the team in receiving yards with 417 and tied for the team lead in receptions with 25 and receiving touchdowns with 5. He started and made his collegiate debut against UNLV and made his first career catch that was for a 10-yard touchdown against the Rebels. Williams finished third on the team in all-purpose yards with 453 and shared Outstanding Offensive Freshman of the Year honors with Donovahn Jones. He was named to Athlons Freshman All-America Third Team and was named Academic All-Big Ten. As a sophomore in 2014, Williams played in 12 games and started 10 and led the team in receptions with 36, yards with 569, receiving touchdowns with 8 and was fourth in yards-per-reception with 15.8. His 569 receiving yards and eight receiving touchdowns are a single-season record for a Minnesota tight end while his eight receiving touchdowns are most ever by a Gopher sophomore. Williams was named the Kwalick-Clark Big Ten Tight End of the Year as a sophomore and was voted All-Big Ten First Team by the coaches and media. He was also named a Mackey Award Finalist as a sophomore, becoming only the third sophomore ever to be a finalist, named a team's Tight End / Fullback of the Year, named First Team Capital One Academic All-American as a sophomore, named First Team All-American by Sporting News, by the Football Writers Association of America and by Phil Steele, named Second Team All-American by Associated Press, Walter Camp and CBS Sports and named Third Team All-American by Athlon Sports. Williams as an Academic All-Big Ten and received the 2014 College Football Performance Awards  Tight End Trophy.

After his sophomore season, Williams declared that he would enter the 205 NFL Draft in which he was selected in the second round by the Baltimore Ravens. He signed a four-year contract on May 7, 2015, and was named as the second tight end to begin the season. He made his professional regular-season debut in the season opener against the Denver Broncos and made his first career reception on an 11-yard pass by Joe Flacco. The following week, Williams made his first career start and caught one pass for eight yards against the Oakland Raiders. On November 15, 2015, Williams caught his first career touchdown reception that was a 21-yard pass by Joe Flacco against the Jacksonville Jaguars. He finished his rookie season with 32 receptions 268 receiving yards and a touchdown in seven starts and 14 games. In 2016, Williams was named the third tight end to begin the regular season and ended the season appearing only in four games. In 2017, he was still named as the third tight end but had his first career rushing attempt for a two-yard gain against the Cleveland Browns. In his final season with the Ravens, Williams appeared in 13 games and caught 16 passes for 143 yards and a touchdown and on May 3, 2019, Williams signed with the Arizona Cardinals.

On May 3, 2019, Williams signed with the Arizona Cardinals. He was named a starting tight end to start the season. On November 16, 2019, he signed a two-year contract extension with the Cardinals. 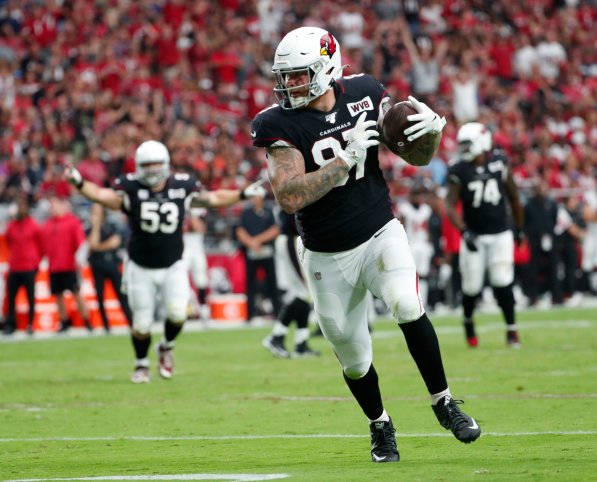 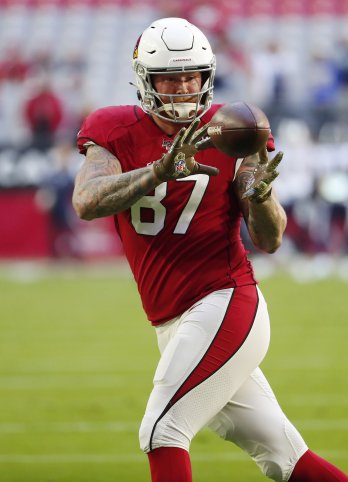 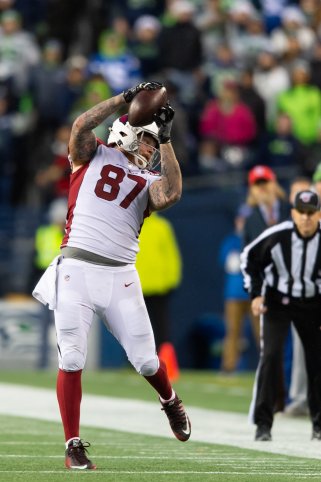 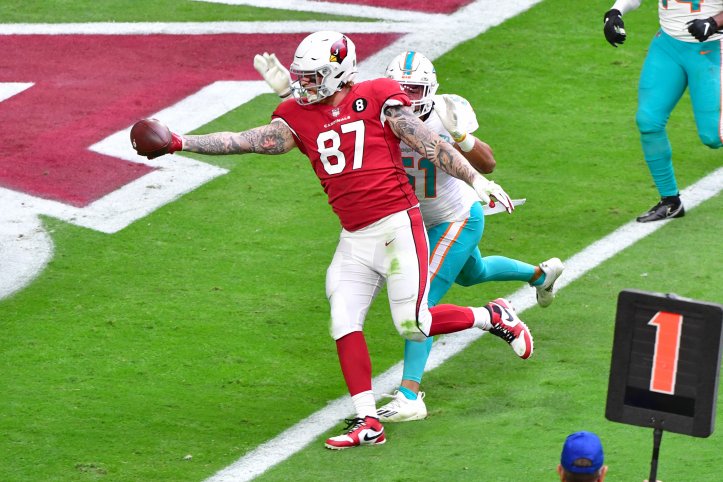 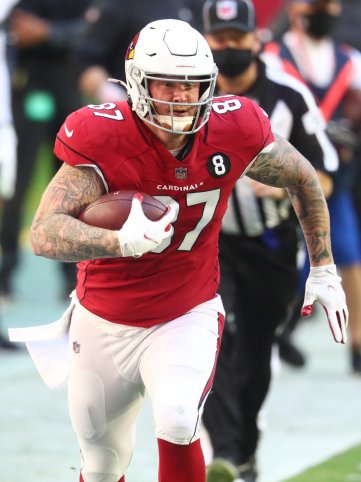 RT @Cards_Wire: The injured tight end continues to be part of the team even while he is unable to contribute with his play. https://t.co/2…

The man, the myth, the legend! @ColtMcCoy congrats on being the first ever #ToTheMaxx MVP of the game! https://t.co/6gLqfWU4Rz