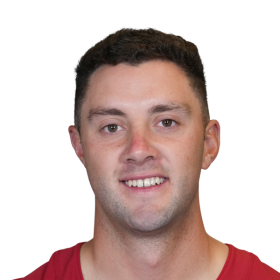 In his early years, Haack attended Dowling Catholic High School where he was rated by Rivals.com as the No. 15 kicker in the nation and the state of Iowa's No. 10 overall prospect. He helped his team to a 9-3 record and a spot in the quarterfinals of the state playoffs in both 2011 and 2012 and earned num...

In his early years, Haack attended Dowling Catholic High School where he was rated by Rivals.com as the No. 15 kicker in the nation and the state of Iowa's ...

After he finished high school, Haack committed to the University of Arizona state where as a freshman, he saw action in six games. He recorded 16 punts on the season netting 612 yards for an average of 38.2 yards per punt and his first punt ever recorded was against Stanford for 50 yards and he set a career-long for a punt against Notre Dame going 52 yards. As a sophomore in 2014, Haack punted 17 balls inside the opponent 20-yard line, having four touchbacks and he punted five times for 204 yards with one downed inside the 20 in the opener against Weber State on August 28. He had easily the best game of his career against Colorado on September 13, punting seven times for 337 yards and a 48.1-yard average with three punts downed inside the 20 and a career-long 57-yard punt. It was the third-best punting game in yards per punt average in Todd Graham’s tenure. He had two punts for 90 yards against Stanford on October 18, including a soaring 54-yarder that resulted in a muffed return and a recovery for the Sun Devils and had the second-best game of his career against Washington on October 25, punting five times for 233 yards averaging 46.6 yards per punt. He had the best game of his career against Washington State on November 22 punting six times for 321 yards and a 53.5-yard average and pinned Arizona on November 28 inside the 20 three times on four punts.

As a junior in 2015, Haack finished 5th nationally and fourth in the Pac-12 in averaging 43.1 yards per punt last season and nineteen of his 74 punts were for 50 or more yards while 32 punts were downed inside the 20-yard line. His 32 punts inside the 20 were the second-most in the nation and four more than any other player in the Pac-12 and his two touchbacks were tied for the lowest total in the nation as well. He recorded a 43.1-yard average in 2015, booting 19 punts over 50 yards and had a career-high 10 punts for 420 yards averaging 42.0 yards per punt against Texas A&M on September 5. Haack had a stellar night against UCLA on October 3, punting eight times and pinning five of them inside of the 20-yard line - including a clutch late-game kick to the UCLA one-yard line that helped seal the game for ASU. He downed both of his punts inside the 20 against Colorado on October 10 and had one of the best games of his career against Washington on November 14 with a 46.1 average on 11 punts with five balls downed inside the 20 and five punts over 50 yards. He pinned four of his six punts inside the 20 against Arizona on November 21 and downed two of his three punts inside the 20, and booted a career-long 73-yard punt at Cal on November 28. In his senior season in 2016, his 44.4-yard net average this season was good for finishing sixth in the nation. He had three punts against Cal On September 24 for a 50.3 yard average with all three being downed inside the 20-yard line and had three punts against Texas Tech on September 10, each over 50 yards and each downed inside the 20-yard line.

After he graduated from college, Haack entered the 2017 NFL Draft and on May 5, he was signed by the Miami Dolphins as an undrafted free agent. On September 1, 2017, the Dolphins signed Haack to a three-year contract and earned the Dolphins starting punter job as a rookie. On September 17, 2017, he made his NFL debut against the Los Angeles Chargers where he had three punts for 130 total yards averaging 43.33 yards per punt. Overall, in the 2017 season, he finished with 83 punts for 3,695 net yards for a 44.52 average.

On March 18, 2021, Haack signed a three-year contract with the Buffalo Bills. 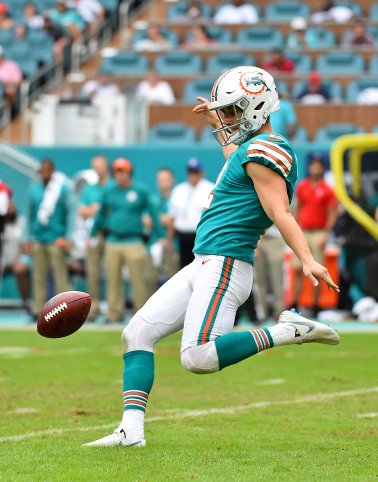 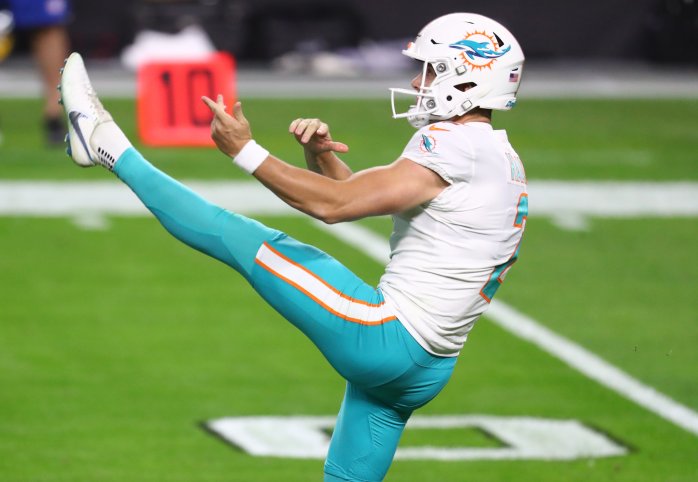 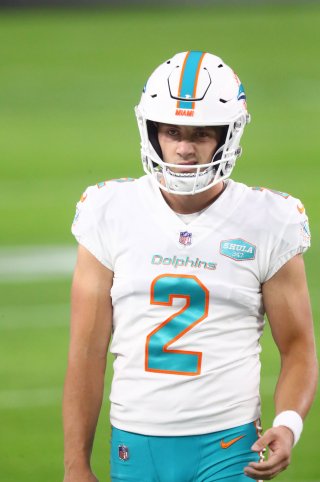 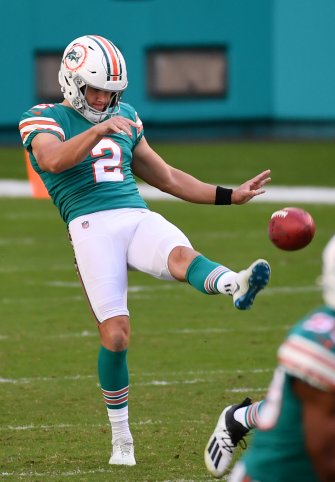 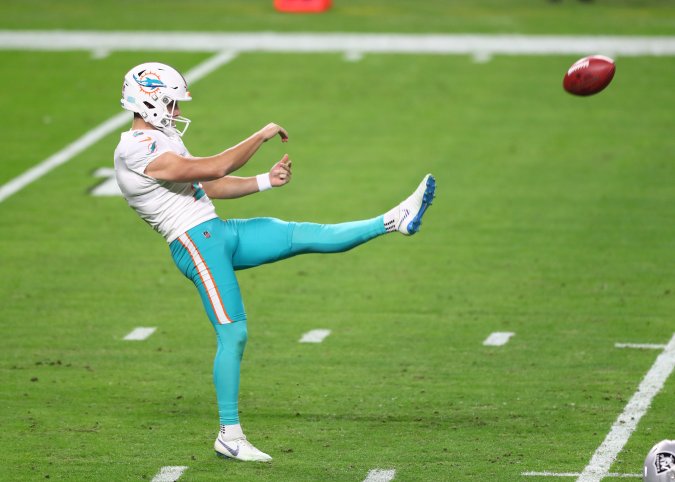