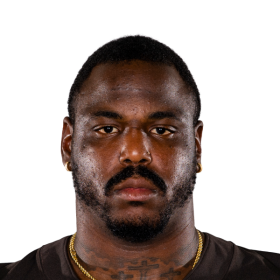 We empower families in the International District to cast an attainable vision for their home by providing access to local, affordable, and quality household items.

Donated more than 1500 coats to Burlington, to then be given to charity.

Malik Jackson was born on January 11, 1990, in Los Angeles, California. He studied at the University of Tennessee and is a defensive tackle that has played in multiple teams throughout his NFL career such as the Denver Broncos, the Jacksonville Jaguars and currently the Philadelphia Eagles of the National Football League. In his early years, Jackson attended Birmingham High School where Birmingham...

Malik Jackson was born on January 11, 1990, in Los Angeles, California. He studied at the University of Tennessee and is a defensive tackle that has played in multiple teams throughout his NFL career such as the Denver Broncos, the Jacksonville Jagua...

Malik Jackson was born on January 11, 1990, in Los Angeles, California. He studied at the University of Tennessee and is a defensive tackle that has played in multiple teams throughout his NFL career such as the Denver Broncos, the Jacksonville Jaguars and currently the Philadelphia Eagles of the National Football League. In his early years, Jackson attended Birmingham High School where Birmingham won the 2006 L.A. City title.  As a junior in 2006, he made All-L.A. City first team and Daily News All-Area second team while getting 10.5 sacks. As a senior, he had 103 tackles, 14.5 sacks, 1 interception and 1 fumble recovery in 2007 and his 2007 honors included Super Prep All-Farwest, Prep Star All-West, Long Beach Press-Telegram Best in the West Best of the Rest, Cal-Hi Sports All-State first team, All-L.A. City Co-Defensive MVP, Los Angeles Times All-Star, Los Angeles Daily News All-Area Co-Defensive MVP and All-West Valley League Co-Defensive MVP.

After he finished high school, Jackson attended Southern California College where Jackson served as a backup defensive end as a first-year freshman in 2008. He appeared in 8 games and had 4 tackles, including 2 sacks for minus 8 yards, plus he had a deflection and forced a fumble. Jackson was an often-used backup defensive end as a sophomore in 2009, playing primarily in pass-rushing situations, appearing in all 13 games, where he had 18 tackles, including 3.5 sacks, plus 1 forced fumble and 2 deflections. In 2010, Jackson transferred to the University of Tennessee where he played in 13 games, starting 12 and was named to the AP All-SEC Second Team. He led the team with 11 tackles for loss and ranked second with five sacks while playing in every game in 2010. When Jackson changed to defensive tackle at Georgia, he totaled 36 tackles, 10 tackles for loss, five sacks, three quarterback hurries, four passes defended and an interception. In his senior year, Jackson started all 12 games at def. tackle with 56 tackles in 2011, tying for third on the team in total tackles, being tops among linemen. He led the team in TFLs with 11.0 for 38 yards, sacks with 2.5 for 13 yards and quarterback hurries with 10. In the final eight games of the season, he had 42 tackles, averaging 5.3 per game with 9.5 TFLs.

After he graduated from college, Jackson entered the 2012 NFL Draft where he was selected in the fifth round by the Denver Broncos and on May 18, 2012, the Denver Broncos signed Jackson to a four-year contract. He was named the backup right defensive end and on  September 17, 2012, Jackson made his professional regular-season debut during a 27–21 loss at the Atlanta Falcons in Week 2. The following week, he made his first career tackle on Houston Texans running back Arian Foster. He finished his rookie season with five combined tackles, where three of them were solo in 14 games and zero starts and on January 12, 2013, Jackson played in his first career playoff game as the Broncos lost to the Baltimore Ravens 38-35 in overtime during the AFC Divisional round. In the 2013 season, Jackson was named the backup defensive to start the season. During a Week 5 matchup at the Dallas Cowboys, he had two combined tackles and earned his first career solo sack on quarterback Tony Romo as the Broncos won 51–48 and on December 1, 2013, Jackson earned his first career start and made two combined tackles and forced a fumble in the Broncos' 35–28 victory at the Kansas City Chiefs. He remained the starting defensive end for the remainder of the season, finishing with 42 combined tackles where 30 of them were solo, six sacks, four pass deflections, and a forced fumble in 16 games and five starts. On January 12, 2014, Jackson made his first career postseason start and collected three solo tackles and a sack on San Diego Chargers quarterback Philip Rivers in Denver's 24-17 victory in the AFC Divisional Round and in Super Bowl XLVIII against the Seattle Seahawks, Jackson made five combined tackles and a pass deflection.

In 2017, coach Doug Marrone chose to switch Jackson from defensive end to defensive tackle to start the 2017 season, joining a stout defensive line that consisted of Yannick Ngakoue, Dante Flower Jr., Marcell Dareus and was headed by Calais Campbell, becoming one of the top defensive lines in the league. He finished the season with three passes defended, four forced fumbles, eight sacks, and 40 total tackles as the Jaguars finished with a 10–6 record and won the AFC South division. On December 19, 2017, Jackson was named to his first Pro Bowl and he was given an overall grade of 86.4 by Pro Football Focus, which ranked 17th among all qualifying interior defensive linemen. Jackson remained in the starting lineman in 2018, finishing the season with 32 combined tackles, 3.5 sacks and 1 pass defended. On March 8, 2019, Jackson was released by the Jaguars due to salary cap issues and on March 13, 2019, Jackson signed a three-year contract with the Philadelphia Eagles.