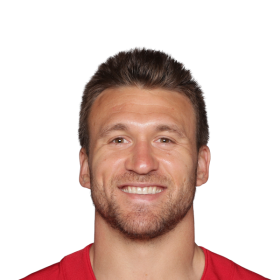 In February of 2017, Juszczyk spoke at the 28th Annual banquet for the Hanover (PA) Rotary Club. He helped recognize 16 scholar-athletes from Hanover, Delone Catholic, South Western and Spring Grove in Pennsylvania. The event raised money for the Hanover Rotary Club to provide funding to local youth organizations.

Juszczyk often promotes PLAY 60, the NFL’s movement to get children active for at least 60 minutes a day. In 2013, he participated in a PLAY 60 Challenge kickoff assembly at Essex (MD) Elementary School.

The mission of the Breast Cancer Research Foundation is to prevent and cure breast cancer by advancing the world's most promising research.

He attended Cloverleaf High School in Lodi, Ohio, and played high school football for the Cloverleaf Colts. He earned first-team...

He attended Cloverleaf High School in Lodi, Ohio, and played high school football for the Cloverleaf Colts. He earned first-team All-Suburban League and All-Medina County honors as a junior and senior, playing linebacker, quarterback, running back, tight end and wide receiver. He also played basketball and competed in track & field throwing events, and participated in the Ohio Math League.

Juszczyk attended Harvard University, where he played tight end for the Harvard Crimson football team under coach Tim Murphy. Following his senior season in 2012, he was a unanimous first-team All-Ivy League selection, leading the team with 52 receptions for 706 yards and 8 touchdowns. He left Harvard as the school’s all-time leader in each category. He graduated with a bachelor’s degree in economics. His great uncle, Rich “Dickie” Moore, played DT at Villanova University before being selected by the Green Bay Packers in the first round (12th overall) of the 1969 NFL Draft.

After signing with the 49ers during 2017 free agency, Juszczyk was quickly viewed as more than a fullback by general manager John Lynch. According to Lynch, Juszczyk is a unique offensive weapon that can be used in numerous sets.

In search of his favorite pregame meal, Juszczyk settled on filet minion with sweet potatoes and spaghetti with scrambled eggs. Each offseason, Juszczyk likes to build at least one piece of furniture with his hands. His most recent piece of furniture assembled was a farmhouse-style kitchen table. Juszczyk says he admires former U.S. Navy SEAL, Marcus Luttrell, who was awarded the Navy Cross Purple Heart for his actions of bravery. 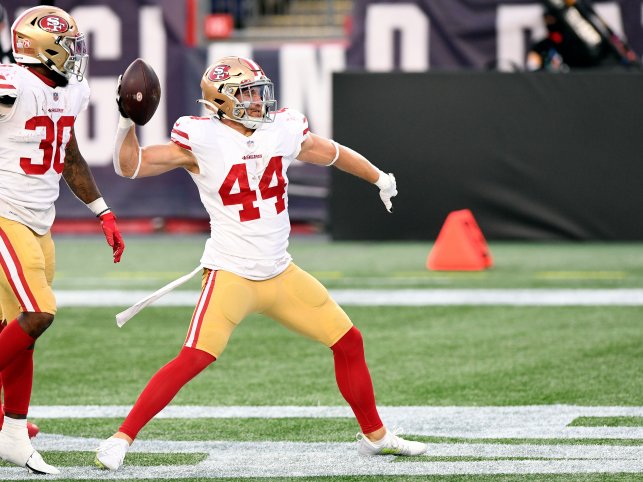 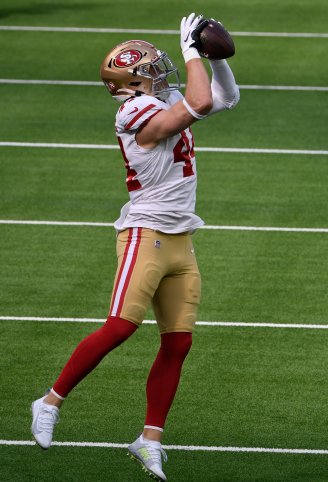 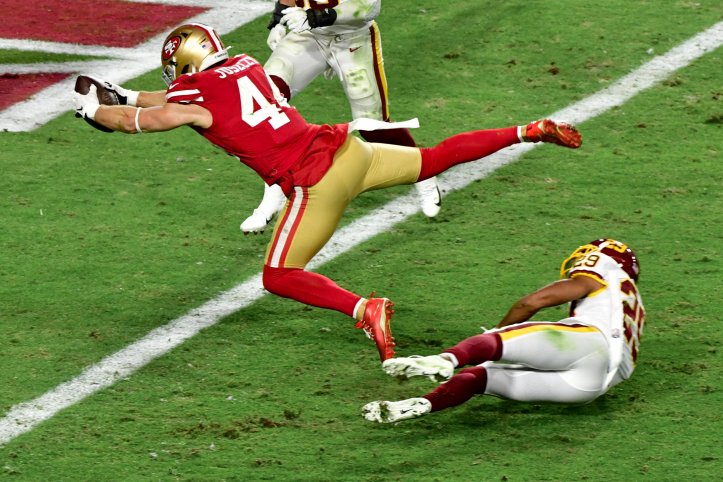 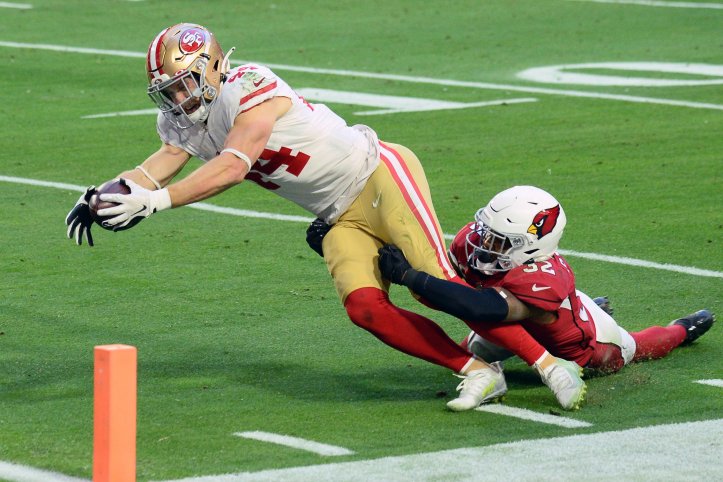 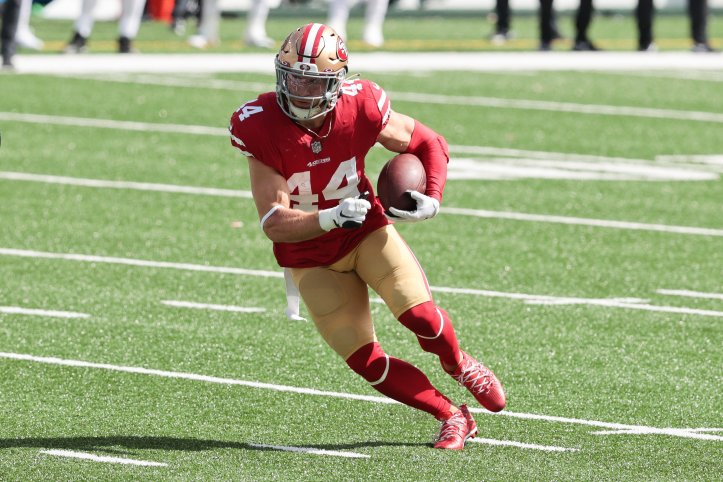 RT @ceeflashpee84: We need a hybrid position at the #probowl!!! what do Everyone think? @NFL

So many ways to vote! Social voting for the Pro Bowl has started on Twitter! Start by using #ProBowlVote + Kyle Juszczyk. Public tweets including replies and retweets count as votes. Fans can also vote online at https://t.co/hx1ibYBtva. Thank you for every last vote! https://t.co/KvNUyd24gR

How I feel about victory Monday’s @ Levi's Stadium https://t.co/poXRW8iYfp