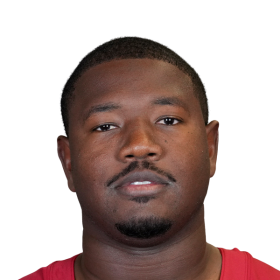 We work with food donors across the country, financial supporters and volunteers to fill unmet needs in Central Texas. This commitment from private, government and charitable partners has allowed us to bring 39 million meals to our community last year and into the hands of families and local nonprofits that turn to us for help.

In 2017, Beachum appeared on an episode of the HGTV program Fixer Upper, in which he helps his parents renovate a $130,000 new house by giving them an extra $100,000 for their renovation budget.

get involved
Bread for the World

Bread for the World is a non-partisan, Christian advocacy organization based in the United States that advocates for policy changes to end hunger. Bread for the World provides resources to help individuals advocate to end hunger, which might include writing personal letters and emails to members of Congress, meeting with their members of Congress, and working in coalition with others.

More than 1.1 million people in the 18 southeast Texas counties served by Houston Food Bank are considered food insecure, meaning they lack consistent access to enough nutritious food to fuel a healthy life. In order to address this issue, the Houston Food Bank distributes food and other essentials to those in need through a network of 1,500 community partners. In addition, we also provide programs and services aimed at helping families achieve long-term stability including nutrition education, job training, health management, and help in securing state-funded assistance.

Feeding America is a United States–based nonprofit organization that is a nationwide network of more than 200 food banks that feed more than 46 million people through food pantries, soup kitchens, shelters, and other community-based agencies.

The mission of Greater Pittsburgh Community Food Bank is to feed people in need and mobilize our community to eliminate hunger. But we can’t do it alone.

The mission of Feeding Northeast Florida (FNEFL), the region’s largest nonprofit (501c3) food bank and hunger relief network, is “to improve the quality of life of Northeast Florida by addressing food insecurity, poverty, and poor health by providing nutritious foods and other essential goods to those in need in collaboration with community partners.” Alongside our network of food distribution and agency partners, Feeding Northeast Florida provides food and hope to help the more than 1-6 people living in our 8-county (Baker, Bradford, Clay, Duval, Flagler, Nassau, Putnam, and St. Johns) service area who struggle to feed themselves and their families. Feeding Northeast Florida works daily to find solutions to address the issues of food insecurity and poverty through awareness, advocacy, education, and action in ways that promote dignity, respect, and empowerment. In 2018, FNEFL distributed over 17M pounds of food to provide over 14M meals to help feed the 257,300 food insecure men, women, children, seniors and families in our service area.

To end hunger by organizing food, information and support for community survival and dignity. Food Bank For New York City has been working to end food poverty in our five boroughs for over 36 years. As the city’s largest hunger-relief organization, we employ a multifaceted approach centered on helping low-income New Yorkers overcome their circumstances and achieve greater independence.

Mexia native and Arizona Cardinals left tackle, KELVIN BEACHUM, is returning home to host his 6th Annual Kelvin Beachum Community Day. The impactful day will begin with a series of football and skills competitions and will culminate in a large-scale food distribution for 3000+ families!

In April 2016, Kelvin launched Kelvin Konnects, a STEAM initiative and program designed to increase minority access to careers within the Science, Technology, Engineering, Arts and Mathematics disciplines. Kelvin Konnects works to bridge the gap of access and opportunity for minority students. Kelvin believes that if we focus on teaching and engaging students in K-12, provide opportunity for students to pursue these disciplines in college, and facilitate mentorship relationships, he can successfully create a sustainable pipeline from student to professional.

get involved
STEM in Mexia

Kelvin, in partnership with the UT Tyler Ingenuity Center, launched his first annual STEM in Mexia in Spring 2016 as a part of his Kelvin Konnects program. The inaugural STEM in Mexia provided three impactful days of STEM programming, interactive technology, museum quality exhibits and access to state of the art equipment for the students within Mexia ISD. Students in grades 3-12 rotated through the different stations to participate in meaningful and educational STEM experiences and applications. STEM in Mexia is an annual, Kelvin Konnects, educational event.

The Kelvin Konnects program connects students of the Barack Obama Male Leadership Academy with industry leaders, local and federal elected officials and offers the opportunity for these students to immerse themselves in the world of STEAM. Kelvin announced his adoption of the Barack Obama Male Leadership Academy in April 2015 and continues his Kelvin Konnects initiatives along with various STEAM programming, robotics access, and professional and educational field trips and college/University tours for the BOMLA students. Kelvin Konnects BOMLA also sponsors a speaker series to connect students with professionals in both business and politics.

Beachum played offensive left tackle at Southern Methodist University (SMU). He was a four-year starter for the Mustangs and competed in the NFLPA Collegiate Bowl. He played alongside Josh LeRibeus later picked in the third round of the NFL Draft by the Redskins.

Coming out of college, Beachum was pro...

Beachum played offensive left tackle at Southern Methodist University (SMU). He was a four-year starter for the Mustangs and competed in the NFLPA Collegia...

Beachum played offensive left tackle at Southern Methodist University (SMU). He was a four-year starter for the Mustangs and competed in the NFLPA Collegiate Bowl. He played alongside Josh LeRibeus later picked in the third round of the NFL Draft by the Redskins.

Coming out of college, Beachum was projected to by the majority of analysts to be selected in the seventh round or be a priority undrafted free agent. He was ranked as the 24th best offensive guard although he played tackle in college. Many analysts and scouts were conflicted on his position due to his height. Beachum was invited to the NFL Combine as an offensive tackle and was able to complete all the drills and positional workouts. On May 14, 2012, he participated at SMU's Pro Day and decided to only do the bench. Although he lacked size for an offensive tackle, scouts did compliment his lateral movement and quickness off the ball.

On March 9, 2016, Beachum became a free agent and was ranked by PFF as the second best free agent offensive tackle behind Cordy Glenn. On March 15, 2016, the Jacksonville Jaguars signed Beachum to a one-year, $5 million contract that includes a four-year, $40 million option with $1.5 million guaranteed. On February 15, 2017, the Jaguars declined Beachum's four-year option, making him a free agent.

On March 10, 2017, the New York Jets signed Beachum to a three-year, $24 million contract that includes $12 million guaranteed and a signing bonus of $4.5 million.

On July 17, 2020, the Arizona Cardinals signed Beachum to a one-year contract. He started all 16 games at right tackle for the Cardinals in 2020. On March 16, 2021, Beachum signed a two-year, $4 million contract extension with the Cardinals. 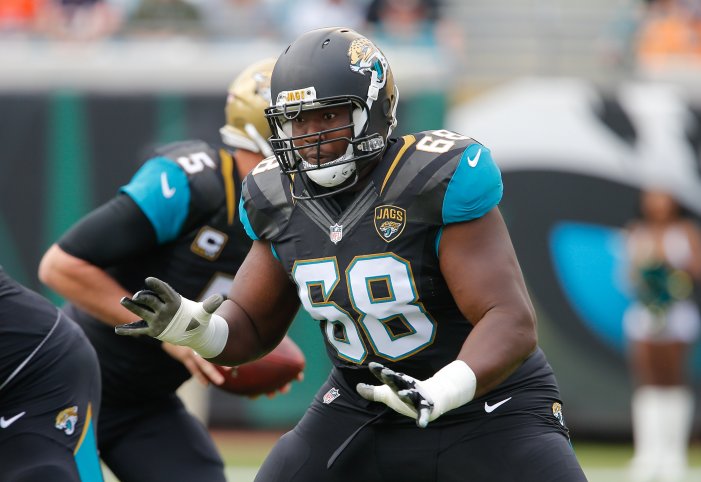 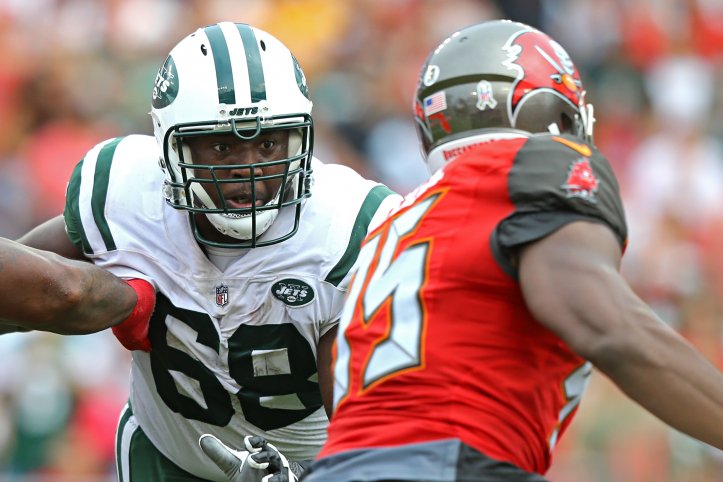 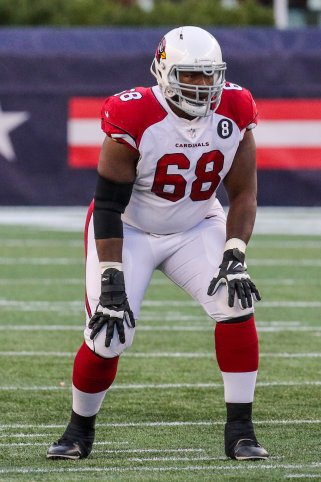 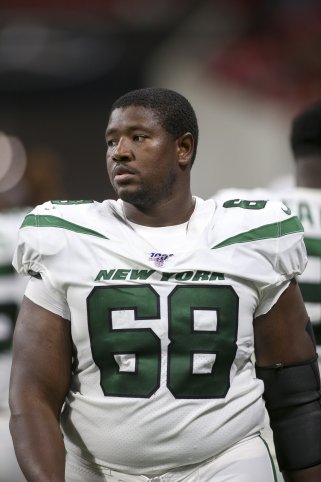 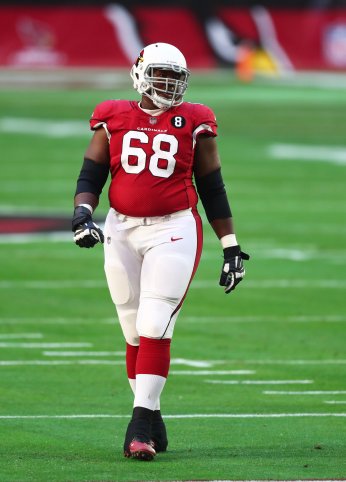 RT @NCLracing: We are thrilled to launch @NCLracing with the fine folks listed below. Thank you to our many many investors and endemic and…

Voting is an important part of democracy. We must ensure a safe and fair election for all voters. You can help make this possible by signing up to #PowerThePolls. Click here to get involved in helping out during early voting and on Election Day: https://t.co/kof3PWRTVP

Happy birthday to my guy @JustinPugh!! The glue guy!! https://t.co/z16gMbYhWQ

Discipline. Time. Fortitude. Faith, devotion and dedication to our Lord Jesus Christ. These are just a couple of the morals and values I’ve learned from my grandfather. So much wisdom! Happy bday!!!! 95 years young!! #PastorJWBeachum https://t.co/svqhqxtZ1t