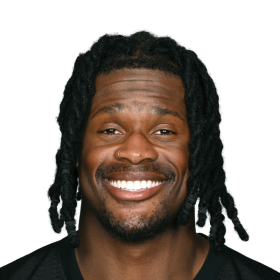 In his early years, Ballage attended Falcon High School where he rushed for 2,690 career yards on 318 carries, averaging 8.5 yards per carry, with 35 touchdowns in three varsity seasons. He caught 40 passes for 671 yards averaging 16.8 yards per catch, with 12 touchdowns and tot...

In his early years, Ballage attended Falcon High School where he rushed for 2,690 career yards on 318 carries, averaging 8.5 yard...

After finishing high school, Ballage committed to the University of Arizona State where as a freshman he appeared in 12 of the 13 games as a true freshman, primarily as a goal-line back. He carried the ball 42 times for 138 yards and added three touchdowns and added six catches for 64 yards and a touchdown. He made his debut in the season-opener against Weber State on August 28, logging 36 yards on the ground and his first career touchdown. He had a career-high two touchdown rushes against UNM on September 6, grabbed his first career touchdown reception on a 38-yard catch-and-run against Colorado on September 13, and had a 96-yard kick return in the Sun Bowl and added 15 rushing yards on December 27. As a sophomore, he made his first appearance of 2015 against USC on September 26, finishing with 30 yards rushing. He finished with a career-best 59 rushing yards against UCLA on October 3 on 11 carries, including an epic pile-moving 23-yard touchdown in which he ran backward for about 17 yards in a rugby scrum. He had the biggest game of his career with 127 rushing yards on 12 touches against Oregon on October 29, doubling his previous career-high for yardage and had another solid game with 84 yards on 14 carries with a touchdown against Washington State on November 7.

As a junior in 2016, he concluded the season with 14 rushing touchdowns, which was good for 26th nationally and second in the Pac-12, and one receiving while appearing in all 12 games and making six starts and was one of just nine FBS players to rush, receive and throw a touchdown on the season. He finished second on the team with 536 rushing yards and accounted for over half of the team’s 27 rushing touchdowns and became just the fourth Sun Devil since 2000 to reach double-digit rushing touchdowns and averaged a touchdown once every nine carries – the third-best average on the season. He matched the FBS record with his eight total touchdowns against Texas Tech, which were seven rushing and one receiving, and is the only player in history to do it against a Power Five opponent and tied the FBS record with four touchdowns in a quarter and broke the Pac-12 record for touchdowns accounted for in a regular-season game, touchdowns scored in a game, rushing touchdowns and points scored. Ballage recorded a season-high 137 rushing yards on 13 attempts against Texas Tech on September 10, had 82 yards on 12 carries against Washington State on October 22, tallied 263 all-purpose yards, two rushing touchdowns and his first career passing touchdown against Oregon on October 29 and posted a season-high 118 reception yards against Utah on November 10.

In his senior year, Ballage participated in the 2018 Reese's Senior Bowl, being one of just three Pac-12 players to do so, while also clocking in with the fastest maximum speed among running backs at 19.42 MPH and fell just one touchdown shy of cracking ASU's all-time top-five for rushing touchdowns. He was one of three players named to the Paul Hornung Award Honor Roll for week one of the college football season, given annually by the Louisville Sports Commission to the most versatile player in major college football and racked up 103 yards on the ground in the Devils' matchup at Oregon State, including a long of 18 yards on November 18. After graduating from college, Ballage entered the 2018 NFL Draft where he was selected in the fourth round by the Miami Dolphins. He made his NFL debut in Week 4 against the New England Patriots where he recorded a three-yard rush and in Week 15 against the Minnesota Vikings, he saw an expanded role with 12 carries for 123 yards and a touchdown. He finished his rookie season with 191 rushing yards and a touchdown.