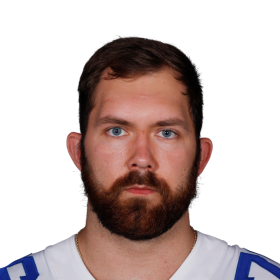 Ball began his collegiate career at Florida State and redshirted his true freshman year. He was suspen...

Ball began his collegiate career at Florida State and redshirted his true freshman year. He was suspended following his redshirt freshman season after being found responsible for dating violence. After the suspension, Ball transferred to Butler Community College in El Dorado, Kansas. Ball would enroll at Marshall after playing one season at Butler Community College. Ball started eight games as a senior at Marshall during the 2020 season. He was named first team All-Conference USA after the season. In the 2021 NFL Draft he was taken 138th by the Dallas Cowboys.

RT @espn: The real road to the Super Bowl begins now. Let's do this 🔥🏆 https://t.co/dIVLJKnCdp