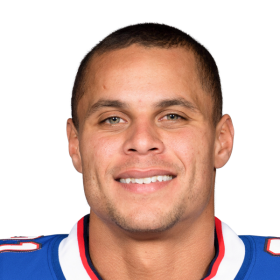 To improve higher education and career success among underserved populations through evidence-based innovation.

In his early years, Poyer played baseball, basketball, and football at Astoria High School. As a freshman, he helped the baseball team win the state champi...

In his early years, Poyer played baseball, basketball, and football at Astoria High School. As a freshman, he helped the baseball team win the state championship and as a senior, he helped the football team win the state championship in football. As a senior, he was named Oregon's player of the year and was drafted by the Florida Marlins in the 42nd round of the 2009 Major League Baseball Draft. In 2009, Poyer was named the basketball Cowapa League Player of the Year. He was a quarterback and safety on the football team and had 123 touchdowns in three years. In his senior season, he was the state's player of the year on offense and defense.

Poyer attended Oregon State University and played for the Oregon State Beavers football team from 2009 to 2012. As a freshman in 2009, he played in 13 games and had 11 tackles. In 2010, he had 1,109 all-purpose yards and 34 tackles at the cornerback position. In 2011, he started 12 games and was the team's primary punt returner and averaged 14.1 yards per return. His four interceptions ranked first in the Pac-12, and he also had 57 tackles. In 2012, Poyer had 51 tackles and again led the Pac-12 in interceptions, with seven. That season, he was named to the All-Pac-12 first team and was also a consensus All-American.

Poyer entered the 2013  NFL Draft and was drafted by the Philadelphia Eagles in the seventh round of the 2013 NFL Draft and on May 9, 2013, the Philadelphia Eagles signed Poyer to a four-year contract. He made his professional regular season debut against the Washington Redskins and recorded three combined tackles in their 33–27 victory. He made his first career tackle with teammate Nate Allen on tight end Fred Davis. On October 19, 2013, the Philadelphia Eagles released Poyer and on October 21, he was signed by the Cleveland Browns. He finished his rookie season with 21 combined tackles where 20 were solo in 12 games and zero starts. He also served as a backup punt returner, returning eight punts for 114-yards. On September 14, 2014, Poyer marked his first forced fumble on running back Khiry Robinson. He finished the 2014 season with 21 combined tackles where 15 were solo in 16 games. In 2016, Poyer was named the starting free safety. n September 25, 2016, Poyer collected a career-high 13 combined tackles where ten were solo and deflected a pass against the Miami Dolphins. He finished the 2016 season with 39 combined tackles (29 solos) and two pass deflections in six games and six starts and finished ranking 69th among qualifying safeties in overall grades given by Pro Football Focus.

On March 9, 2017, the Buffalo Bills signed Poyer for a four-year contract and was named the starting free safety to start the regular season, along with strong safety Micah Hyde. On December 24, 2017, he recorded six combined tackles, broke up a pass, and returned an interception from Tom Brady for his first pick-six of his career. He finished his first season with the Buffalo Bills with a 94 combined tackles (63 solos), 13 pass deflections, five interceptions, two sacks, and a touchdown in 15 games and 15 starts. He had a career-high in all five stat categories. Pro Football Focus gave Poyer an overall grade of 87.6, which was ranked the ninth highest grade among all qualifying safeties in 2017. On January 7, 2018, Poyer started in his first career playoff game and recorded five combined tackles during a 10–3 loss at the Jacksonville Jaguars. 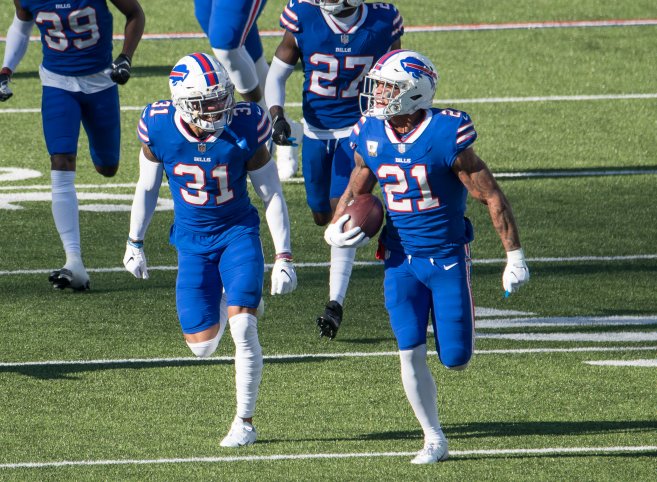 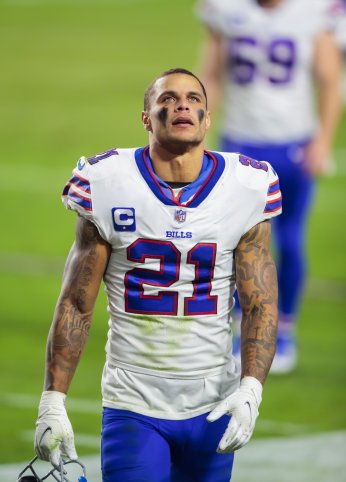 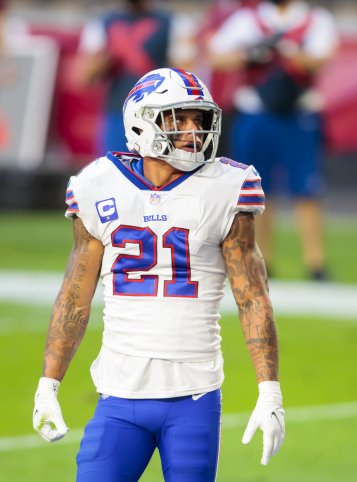 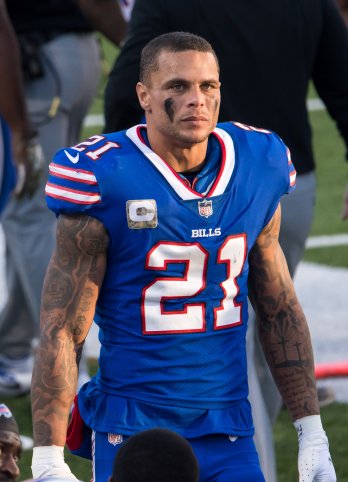 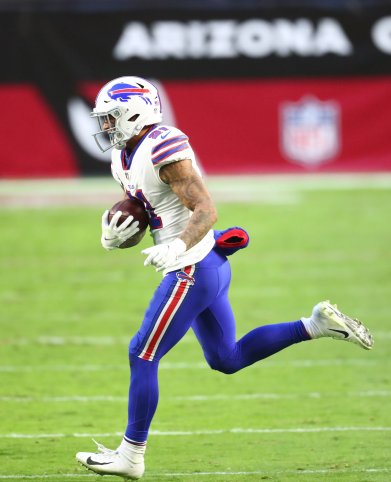