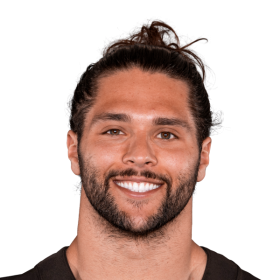 In his early years, Kunaszyk attended Roseville High School where he was a second-team SFL pick during his junior campaign who contributed 77 tackles, 9.0 tackles for loss, 3.0 sacks, two forced fumbles, and two fumble recoveries. He recorded 101 tackles, 21.0 tackles for loss, 2.0 sacks, o...

In his early years, Kunaszyk attended Roseville High School where he was a second-team SFL pick during his junior campaign who contributed 77...

After he finished high school, Kunaszyk spent two seasons at American River College beginning with a 2014 true freshman campaign and followed by his 2015 redshirt season where he earned Freshman All-American, NorCal Division of the California Community College Athletic Association Defensive Player of the Year and a first-team all-conference honors. He led all California junior college players with 118 tackles as a redshirt freshman while adding 7.5 tackles for loss, 3.0 sacks, three pass breakups, and one forced fumble to help the Beavers to a 7-4 overall record, a 4-1 mark in the NorCal Division of the CCCAA and a spot in the Gridiron Classic Bowl. In 2016, Kunaszyk transferred to the University of California wherein his sophomore season, he played in all 12 games off the bench in his first season at Cal and contributed 51 tackles that were the most by any player starting five or fewer contests. He produced one of the biggest moments in Cal football history when he batted Oregon quarterback Justin Herbert's pass into the air and eventually came up with an interception at the Cal 10-yard line for the first pick of his career on the game's final play to seal a 52-49 double-overtime victory. He earned honorable mention Pac-12 All-Academic honors and was a Jonathan and Judy Hoff Football Scholar-Athlete of the Week honoree.

As a junior in 2017, Kunaszyk played in nine games while starting each of the team's final five contests and recorded 74 tackles, 6.0 tackles for loss, 3.5 sacks, a career-high, and team-high-tying two interceptions that he returned for a career-high and team-high 53 yards and the first fumble recovery of his career, while adding one forced fumble and one quarterback hurry. He recorded 11 tackles as well a career-high 2.5 sacks and a career-high-tying 2.5 tackles for loss with 31 tackle for loss and sack yards that were both career highs against Washington State as he became the first Cal player to earn Walter Camp Defensive Player of the Week honors while also picking up Pac-12 Defensive Player of the Week, Rose Bowl Game, Pac-12 Defensive Player of the Week, College Sports Madness Defensive Player of the Week, California Muscle Milk Student-Athlete Of The Week and Cal Team Defensive Player of the Week recognition. In  his senior year in 2018, Kunaszyk was one of 10 players including six on the defensive side of the ball to start all 13 games, compiling career highs of 148 tackles, 11.0 tackles for loss, 4.0 sacks, five forced fumbles, three pass breakups, and three quarterback hurries, as well as a career-high-tying one fumble recovery and one interception that he returned for seven yards. He earned second-team All-American by Sports Illustrated, as well as first-team by Athlon, Pac-12 Coaches and Phil Steele, and second-team All-Pac-12 recognition by Associated Press. Kunaszyk led the Pac-12 and ranked third in the nation with 7.3 solo tackles per game while he was third in the Pac-12 and ninth nationally with 11.4 total tackles per contest and he also co-led the Pac-12 and ranked tied for fourth in nation with 0.38 forced fumbles per game while his five total forced fumbles also co-led the conference and ranked tied for second nationally.

After he graduated from college, Kunaszyk entered the 2019 NFL Draft where he was signed by the Carolina Panthers as an undrafted free agent.

Kunaszyk signed with the practice squad of the Washington Football Team on September 26, 2020. 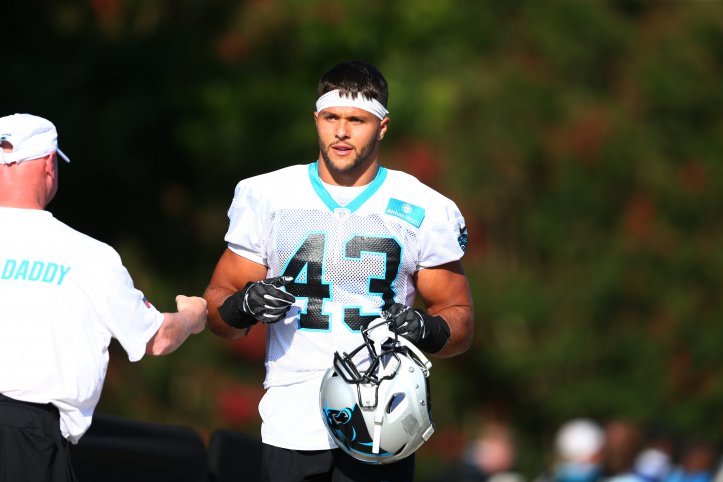 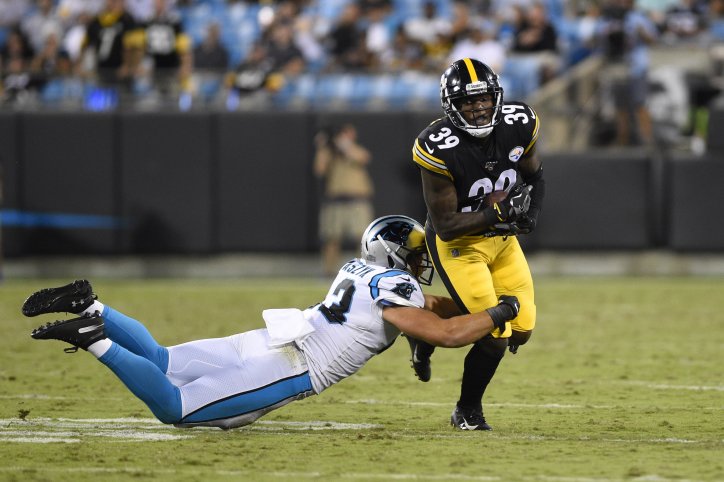 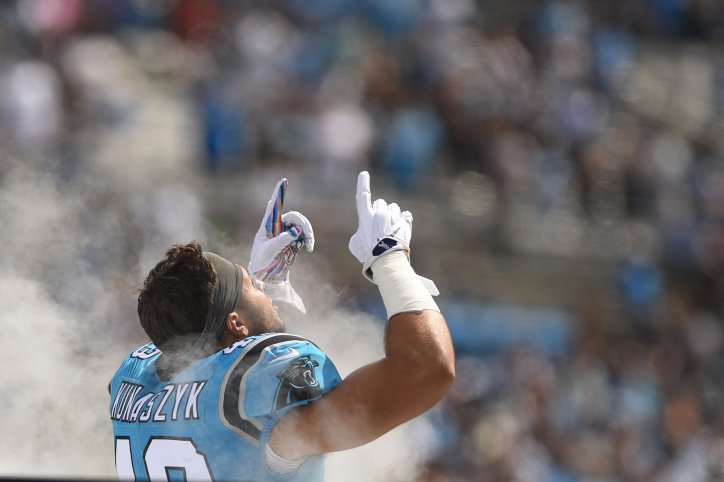 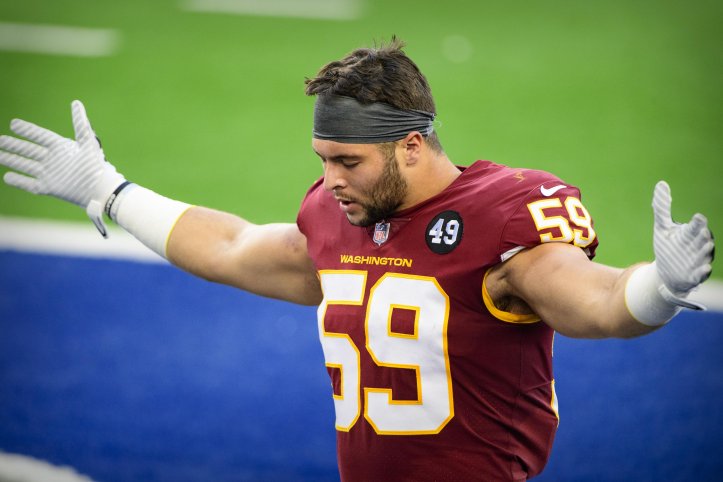 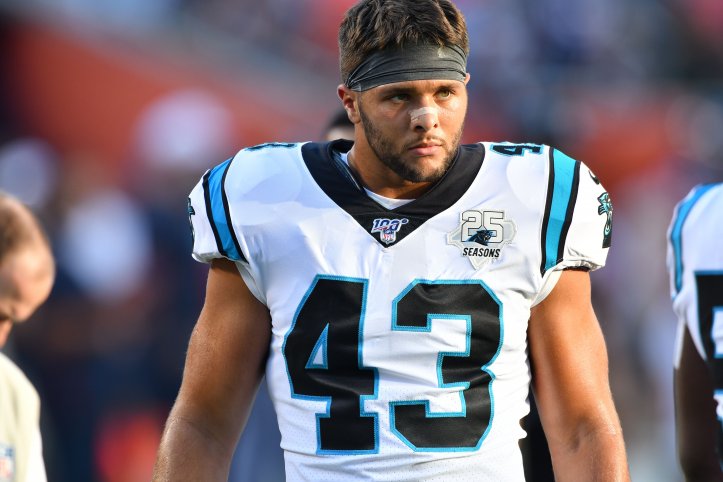