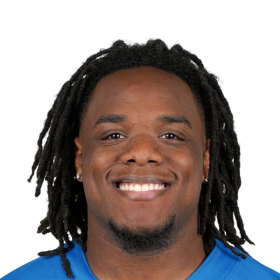 He played college football at Oregon State. Jefferson became the school's starting running back as a true freshman and rushed for 238 yards in his second game, a 48–25 win against Southern Utah. Three weeks later, he rushed for a career-high 254 yards in a 52–24 loss to Arizona State. Through the first six games of his freshman season, Jefferson ranked third among all Division I FBS players with 865 rushing yards. Jefferson ended the season with twelve touchdown runs, 1,380 rushing yards, and was named Pac-12 freshman offensive player of the year.

Jefferson returned to the Beavers for his sophomore season in 2019. He rushed for 685 yards and eight touchdowns in his sophomore year.

Jefferson returned to the Beavers for his junior season in 2020. He finished with 858 rushing yards and six rushing touchdowns in just six games. After the season, he decided to forgo his senior year and enter the 2021 draft.

Jefferson was drafted in the seventh round, 257th overall, by the Detroit Lions in the 2021 NFL Draft. 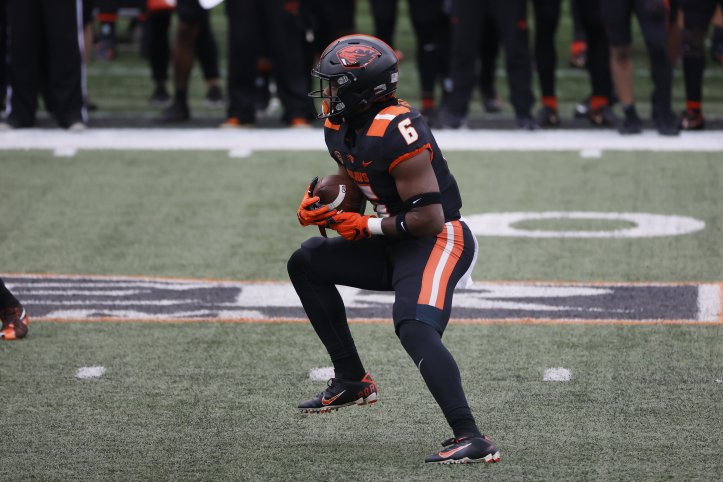 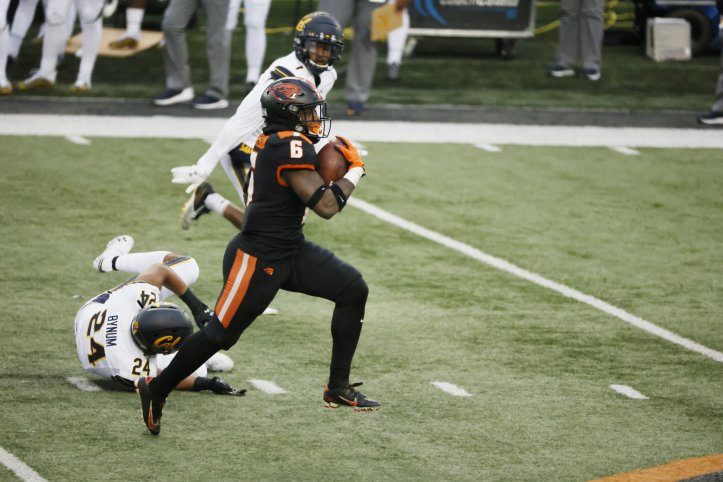 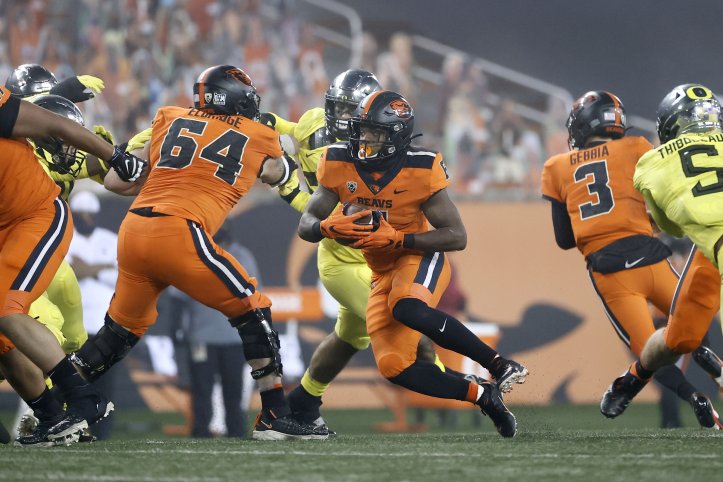 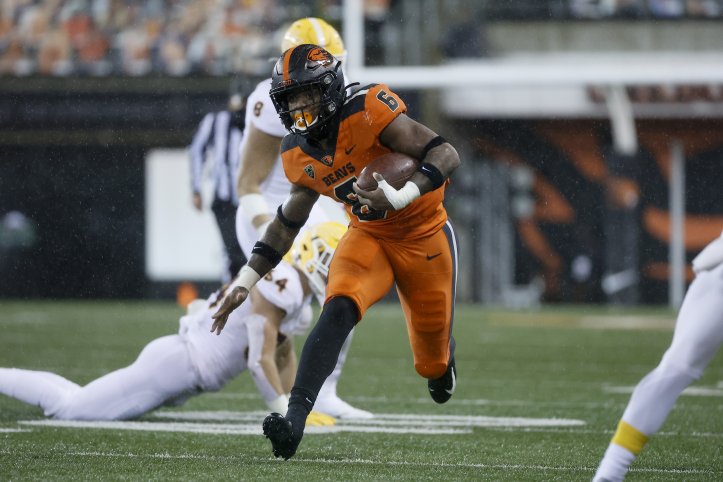