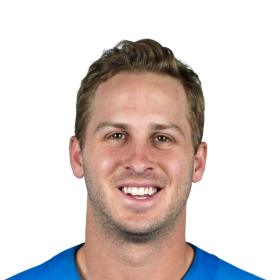 Throughout my career, there have been many significant events that have captured my attention beyond football. With that being said, I want to do more than just be a football player. It is important for me to have a greater impact beyond football and to uplift the youth by doing my part to create change and make a difference at the foundation. Among several initiatives that I am committed to, all proceeds from my JG16 apparel line now go directly to underserved schools for various needs such as meals, learning tools, and other programs for students. Additionally, it is my hope that this initiative inspires you to join me and help create opportunities for the youth in the many years to come.

CALIFORNIA STRONG encompasses a number of fundraising campaigns to ensure maximum exposure and participation in support of those in need now, and for months and years to come. With the support of professional athletes, actors and musicians alike, we seek to promote a united front as we help the countless people in need to rebuild and thrive.

get involved
Wings For Life

Our mission is to find a cure for spinal cord injury. We fund cutting-edge scientific research and clinical trials in the USA and around the globe aimed at healing the injured spinal cord.

Goff attended Marin Catholic High School in Kentfield, California. Goff passed for a combined 7,687 yards and 93 touchdowns completing 477 passes. He helped lead his team to a combined that combined 39–4 overall record, 21–0 in the Marin County Athletic League, and an appea...

Goff attended Marin Catholic High School in Kentfield, California. Goff passed for a combined 7,687 yards and 93 touchdowns completing 477 passes. He helped lead his team to a combined that combined 39–4 overall record, 21–0 in the Marin County Athletic League, and an appearance in the state title game. In addition, Goff won North Coast Section crown, made three NCS playoff appearances, and three MCAL championships. Goff was recruited by numerous college programs and received scholarship offers from Boise State, Fresno State, and Washington State before choosing to attend and play college football for the University of California, Berkeley.

Goff played three seasons for the Golden Bears from 2013 to 2015. Goff started in all 37 games during his career and is the only quarterback in school history to have ever started his first game as a true freshman. Goff set multiple Cal records including passing yards with 12,220, yards per game at 329.7, and touchdown passes with 96. In each of his three seasons, Goff gained more than 3,000 total yards. In 2015, Goff set a new Pac-12 single-season passing-yardage record with 4,714 yards, and also set a new conference record for touchdown passes in a season with 43. He earned first-team All-Pac-12 honors the first Cal quarterback to do so since Rodgers in 2004. Goff led his team to an 8–5 Cal team to a winning record and bowl game for the first time since 2011.

Jared Goff was selected in the first round by the Los Angeles Rams with the first overall pick in the 2016 NFL Draft. Goff ended up starting in the final seven games of his rookie season, throwing for more than 1,000 yards and five touchdowns on 112 completions. Following his rookie year and under new head coach Sean McVay, Goff and the Rams offense have emerged as the most dynamic in the NFL. In three seasons with the Rams and only two as a starter,  Goff has completed 772 passes for 9,581 yards and 65 touchdowns. His completion percentage, passing yardage, and yards per game have increased every year since entering the league. In 2018, Goff threw for nearly 4,700 yards on 364 completions with 32 touchdowns and helped lead his team to a Super Bowl 53 appearance against the New England Patriots. In the game, Goff completed 19 of 38 passes for 229 yards. Jared Goff was selected to consecutive Pro Bowls for the 2017 and 2018 seasons for his performances.

Prior to the 2019 NFL season, Los Angeles extended Goff's contract tying him to the Rams for six seasons for $161 million including an NFL-record $110 million guarantee.

On March 18, 2021, Goff, two first-round picks, and a third-round pick were traded to the Detroit Lions in exchange for QB Matthew Stafford. 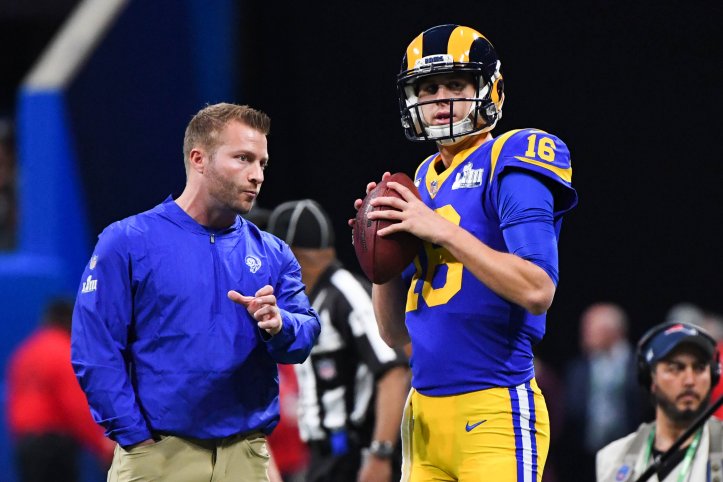 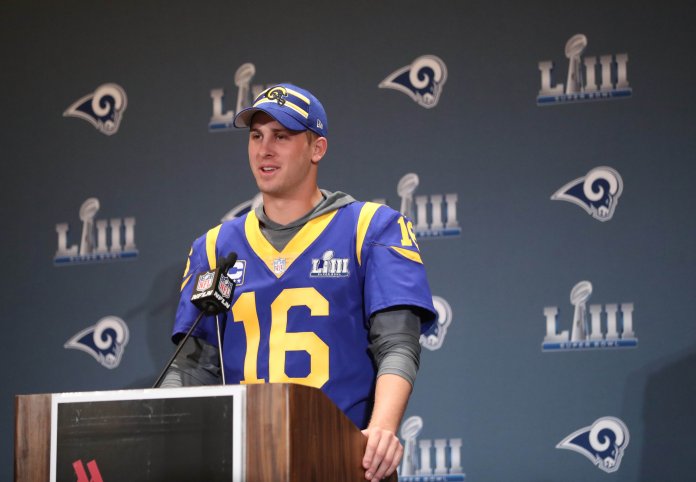 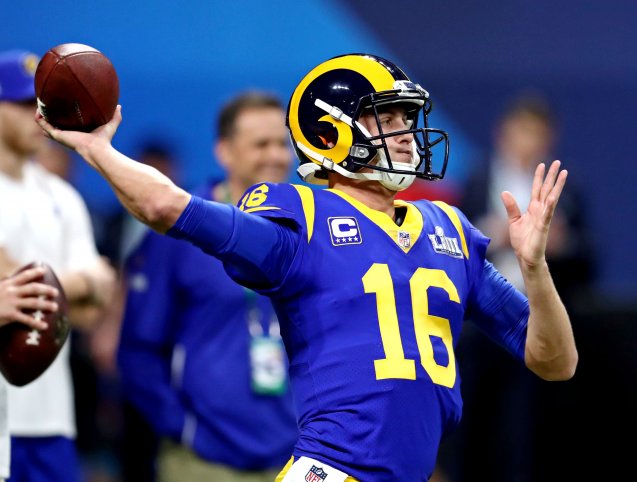 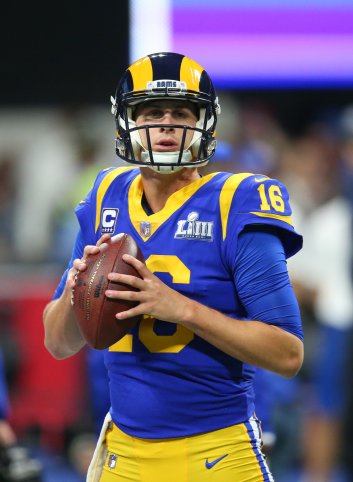 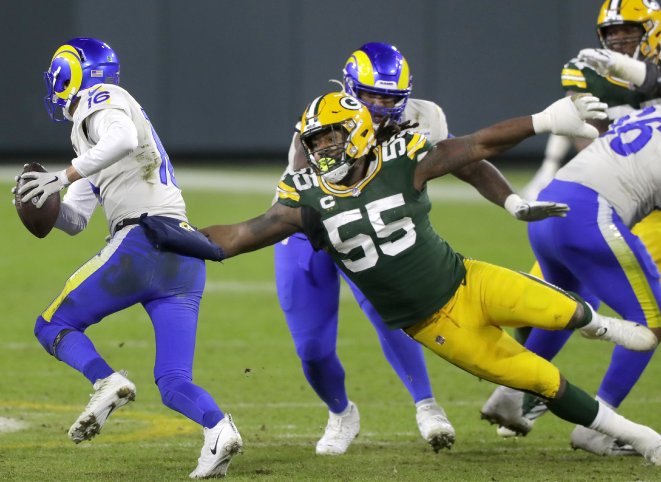 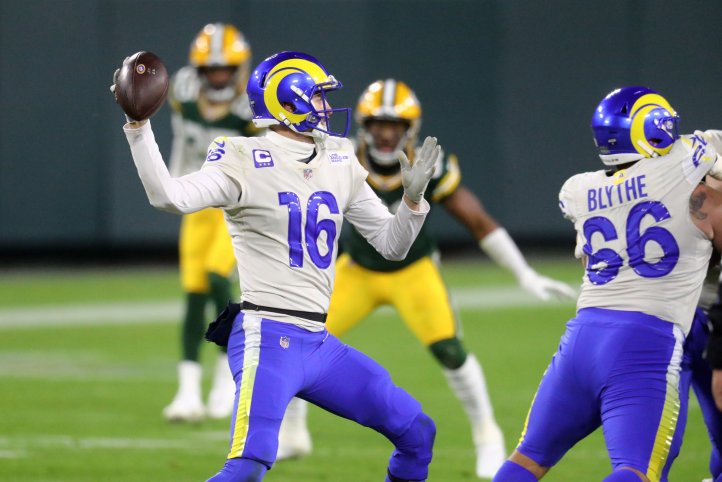 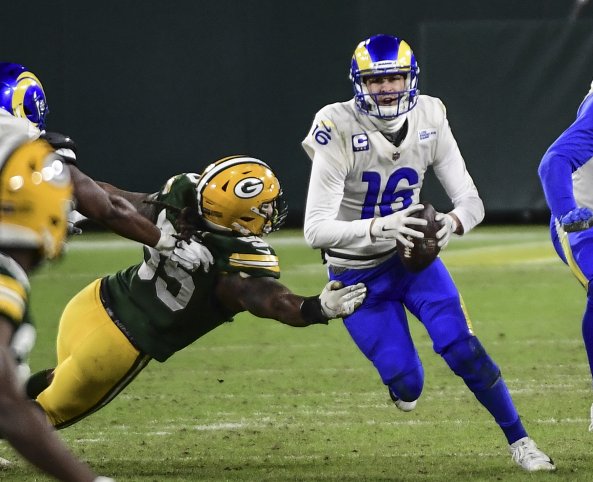