On high school, he was a three-star prospect according to 247sports.com and Two-star recruit according to Rivals.com and Scout.com. He was Mobile Press-Register's Coastal Alabama Offensive Player of the Year (2013), Smith was named First Team All-State, All-Area, and All-Region.

On high school, he was a three-star prospect according to 247sports.com and Two-star recruit according to Rivals.com and Scout.com. He was Mobile ...

On high school, he was a three-star prospect according to 247sports.com and Two-star recruit according to Rivals.com and Scout.com. He was Mobile Press-Register's Coastal Alabama Offensive Player of the Year (2013), Smith was named First Team All-State, All-Area, and All-Region.

As a senior, he tallied 255 carries for 1,803 and 24 rushing touchdowns, also had 27 receptions for 383 yards (14.19 average) and five receiving touchdowns as a senior. He led McGill-Toolen Catholic High School to the Class 6A semifinals.

On 2014, as a freshman, he was named to the 2014-15 Conference USA Commissioner's Academic Honor Roll. Smith played in all 12 games as a true freshman, making six starts.

He made his collegiate debut in the season opener at Mississippi State, Smith tallied 835 all-purpose yards as a rookie, notched 536 rushing yards with 76 receiving yards and 223 kickoff return yards, boasted 536 rushing yards on 136 carries with a pair of touchdowns, topped the 100-yard plateau twice, rushing for a season-high 141 against No. 23 Marshall and adding 118 against Alcorn State. Smith fell just short of 100 yards, tallying 95 yards against North Texas, he finished with a season-high 33 yards receiving at No. 3 Alabama, while adding a 23-yard reception in the season finale against UAB. Smith notched a pair of 80-plus yard performances in the return game with 84 kickoff return yards against Mississippi State and 83 yards against Middle Tennessee. He scored a pair of touchdowns against No. 23 Marshall for first collegiate scores

Smith was on the Heart of Dallas Bowl, he accounted for 62 all-purpose yards against Washington (12/26), netted 40 yards and two touchdowns rushing on 16 carries, scored on runs of one and two yards and added 22 yards on five catches.

Smith finished last season with three rushing touchdowns of the school record (Sammy Winder's 20 in 1980) and No. 3 in career all-purpose yards (4,629). He was third on the team for both his 43 receptions and 459 yards. His eight, 100-yard rushing games tied for the most in C-USA, he churned out career-bests of 36 carries and 173 yards as the Golden Eagles rallied from 25 points down to a 44-35 decision at Kentucky in the opener.

The 86-yard touchdown score he had versus Savannah State was the second-longest run from scrimmage by anyone in the league and was the longest in M.M. Roberts Stadium history, as well as career-high and third-best scoring run in school history. Smith and George Payne each crossed the 100-yard mark in that game, the second consecutive-such feat and a first time for a Southern Miss duo since 2008.

He finished with eight carries for 121 yards in that Savannah State win, followed by 20 attempts for 131 yards versus Troy and 16 carries for 108 yards in the win at UTEP. Smith posted a 70-yard touchdown run against the Trojans, scored the team's lone touchdown at LSU before posting 140 yards on 26 carries the next week against Marshall, he found the endzone three times at ODU, accounting for 21 consecutive points in the game, upping his performance in each of the final three games of the regular season (19-113-2 at North Texas, 24-127 versus LA Tech, 26-138-2 in New Orleans Bowl).

Smith had a 69-yard run at UNT and a 46-yard catch from Allenzae Staggers on a trick play, he ended the season with a touchdown by ground or air in 17 of his last 18 games, tied Staggers for the team-lead of 16, 20-plus yard plays, nine of which came on the ground and the other seven via the air.

Smith was drafted by the Atlanta Falcons in the fourth round (126th overall) of the 2018 NFL Draft. He was named the third running back on the depth chart to start the season.

On December 17, 2018, Smith was placed on injured reserve with a knee injury. He finished the season with 315 rushing yards and four touchdowns along with 27 receptions for 152 yards. 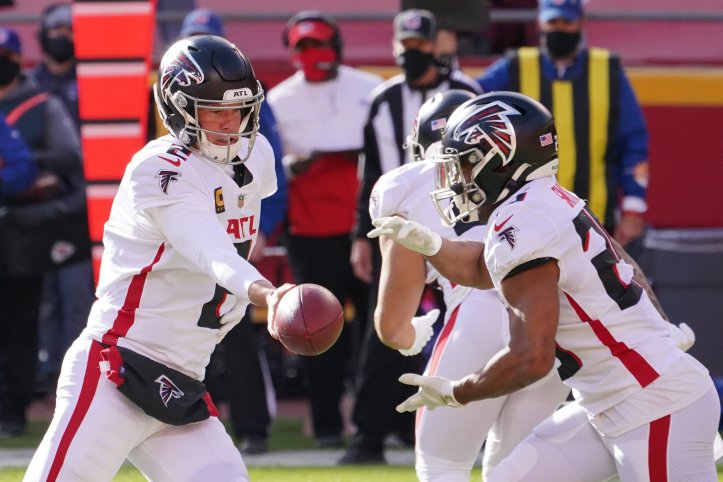 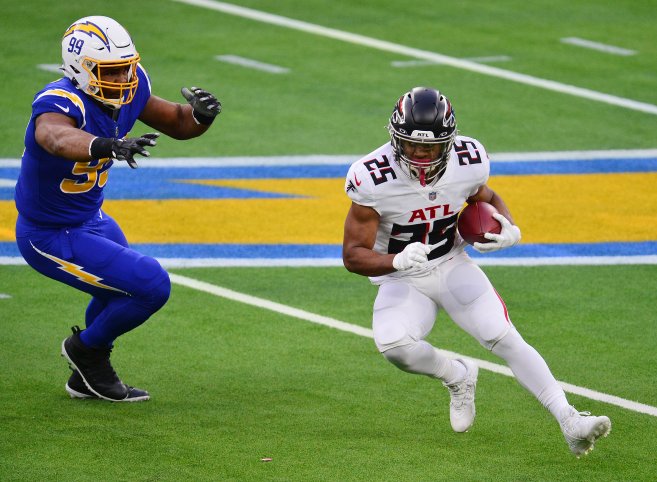 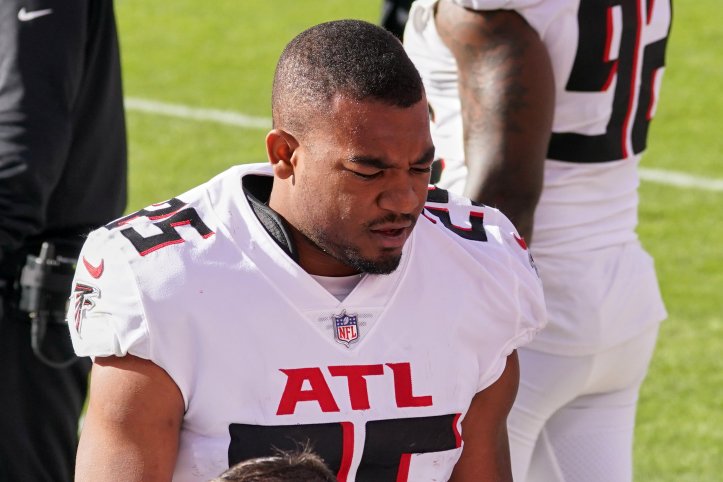 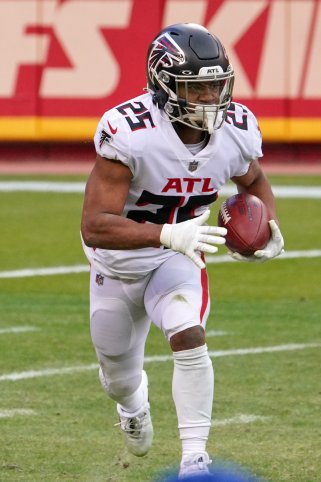