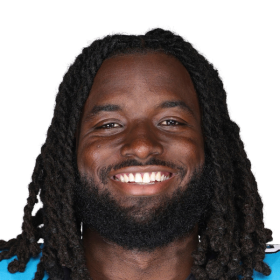 Our mission is to embrace and empower children and families affected by autism.

At Digital Harbor High School, he played as tight end for head coach William Brandon bein team most valuable player and named Digital Harbor’s most improved player, he was a three-year football letterwinner and also lettered in basketball and track and field

During junior college, he was a tight end fo...

At Digital Harbor High School, he played as tight end for head coach William Brandon bein team most valuable player and named Digital Harbor’s most improved player, he was a three-year football letterwinner and also lettered in basketball and track and field

During junior college, he was a tight end for head coach Joe Osovet at Nassau Community College in Garden City, N.Y., Thomas was rated the No. 2 junior college tight end nationally by ESPN, and was also All-Conference selection. He made four catches for 88 yards and two scores in four games as a true freshman, Nassau captured the 2014 NFC title, won the Valley of the Sun Bowl and finished with a perfect 10-0 record, he caught 23 balls for 433 yards and three touchdowns in eight games in 2015, and was team captain that led the Northeast Football Conference (NFC) with 18.8 yards per reception and finished fourth with 54.1 yards per game.

For the 2016 season, Thomas played in all 13 games with one start at No. 10 Nebraska, made three receptions for 28 yards and caught two balls for 26 yards in the Foster Farms Bowl vs. No. 19 Utah.

As a senior in 2017, he finished second among Big Ten tight ends with 15.0 yards per reception (4th nationally, 11th overall in the Big Ten), tied for third with five receiving touchdowns (T-12th nationally), and was fourth in receiving yardage (37.6) and catches per game (2.5), ranked first in Indiana in average per reception, second with the five TDs, third with 376 yards and fourth with 25 catches, his TDs rank second and yardage seventh on IU’s single-season tight ends lists and started all 10 games in which he appeared.

He led the team in yardage three times, made four receptions for a career-high 93 yards, with a 57-yard score, in the Rutgers win, hauled in a career-high-tying five balls for 91 yards at No. 4 Penn State, caught five passes for 53 yards and a career-high two touchdowns in the season opener against No. 2 Ohio State and added a career-long 71-yard TD and finished with two receptions for 79 yards in the Georgia Southern victory.

On November 21, 2017, it was reported that Thomas has accepted his invitation to play in the 2018 Senior Bowl. Thomas helped his draft stock by impressing scouts during Senior Bowl practices. On January 27, 2018, Thomas played in the Reese's Senior Bowl and was part of Houston Texans' head coach Bill O'Brien's South team that defeated the North 45–16. He participated at the NFL Scouting Combine in Indianapolis and performed the majority of combine drills, but opted to skip the bench press due to a pre-existing shoulder injury.

On April 3, 2018, Thomas attended Indiana's pro day, but chose to stand on his combine numbers and only ran positional drills. He also attended private meetings and workouts with the Atlanta Falcons and Jacksonville Jaguars. At the conclusion of the pre-draft process, his draft projections by NFL draft experts and scouts varied from as early as the second round to as late as the seventh round. The majority of experts projected him to be drafted in the second or third round. Thomas was also ranked as the fifth best tight end prospect in the draft by DraftScout.com and CBS Sports and was ranked the sixth best tight end by Scouts Inc.

The Carolina Panthers selected Thomas in the fourth round (101st overall) of the 2018 NFL Draft. He was the sixth tight end drafted in 2018.

On May 10, 2018, the Panthers signed Thomas to a four-year, $3.20 million contract that includes a signing bonus of $747,994. He made his NFL debut in the season opener against the Dallas Cowboys. In the 16–8 victory, he had four receiving yards on his first two career receptions. 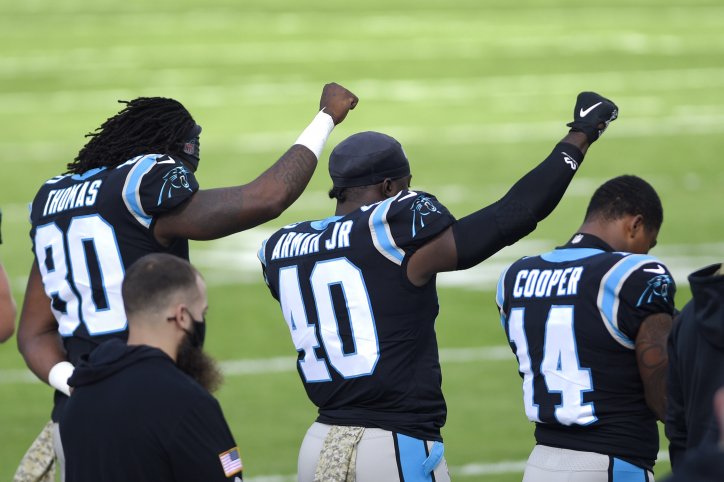 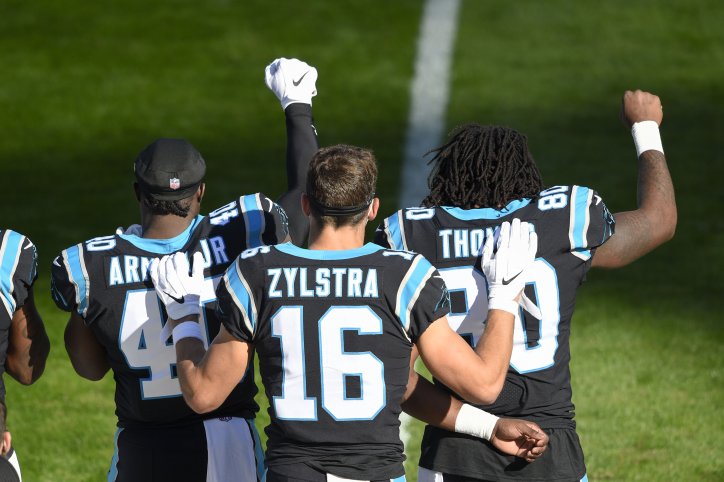 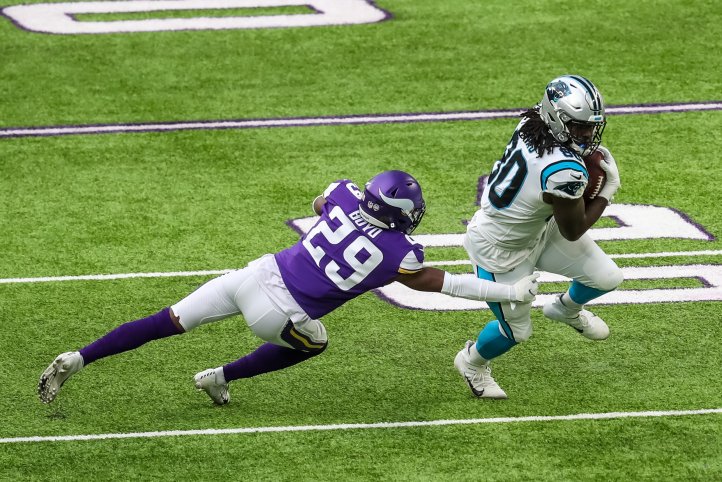 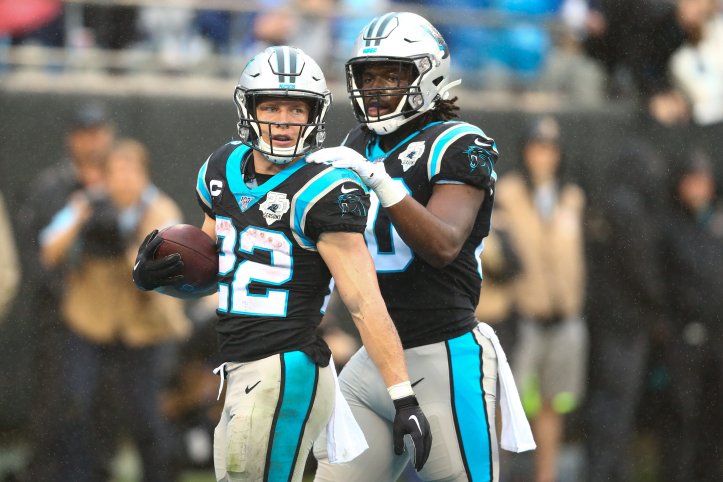 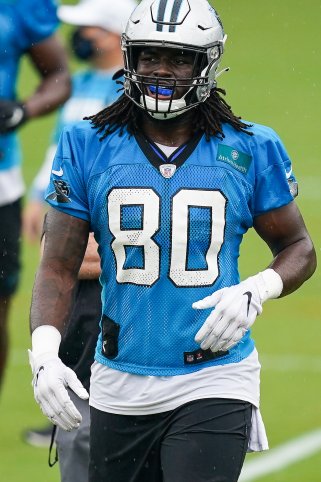 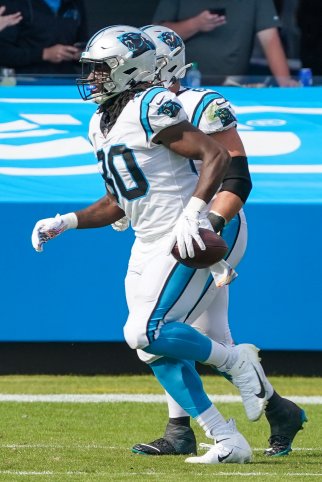