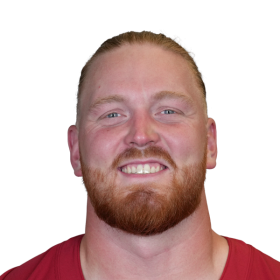 Hjalte Froholdt was born on August 20th, 1996, in Svendborg, Denmark. He plays guard for the New England Patriots in the NFL. In his early years, Froholdt attended IMG Academy High School where he was a five-star prospect according to PrepStar. He was named to the PrepStar Top 150 Dream Team and ranked the No. 122 player in the country by the publication and was a four-star prospect by Rivals, ESP...

Hjalte Froholdt was born on August 20th, 1996, in Svendborg, Denmark. He plays guard for the New England Patriots in the NFL. In his early years, Froholdt attended IMG Academy High School where he was a five-star prospect according to PrepStar. He wa...

After he finished high school, Froholdt committed to the University of Arkansas where as a freshman in 2015, he made three tackles in 10 games played at defensive tackle. As a sophomore in 2016, Froholdt started all 13 games at left guard and played more than 850 snaps and was part of an offensive line that blocked for 428.4 yards of total offense per game. He finished the year with an 83.6 overall grade by Pro Football Focus and posted a grade of 80.0 or higher from PFF in six games. He allowed only three sacks on the season and produced an 88.8 run-blocking grade by PFF, which ranked No. 9 among all FBS guards. He also helped the offense log both 200 yards passing and rushing in the same game five times and paved the way for Rawleigh Williams III to capture the SEC regular-season rushing title with 1,326 yards on the ground, while Austin Allen threw for an SEC-best 3,430 yards.

As a junior in 2017, Fronholdt was a leader on the offensive line who started at left guard in all 12 games. He saw action in 747 snaps and participated in 100 percent of offensive snaps in eight games. He did not allow a sack all season across 389 snaps in pass protection and allowed just two quarterback hits and only nine hurries. Froholdt was the No. 9 overall graded offensive lineman in the SEC and the No. 2 graded guard, according to Pro Football Focus with 85.6 and he graded out at 80 percent or better overall in six games, including four times in SEC action. He also was part of an offensive line that paved the way for the offense to rush for 200 or more yards in five games and he helped the offense top the 400-yard mark six times. In his senior year in 2018, Froholdt started all 12 games for the Razorbacks in his final season on the Hill. He earned AP All-SEC Second Team accolades and was named CoSIDA Google Cloud Academic All-District honoree. He was twice selected to the Pro Football Focus SEC Team of the Week after performances against Vanderbilt on October 27th and LSU on November 10th. Froholdt totaled 815 snaps, 440 in pass protection, beginning the season at the center position, moving to the left guard spot before rounding out the year back at C due to a teammate injury. He didn't allow a sack during the 2018 season, marking back-to-back years to accomplish the feat and finished the season with an 88.5 grade from PFF in pass block protection, which ranked fifth in the SEC among offensive linemen.

After he graduated from college, Froholdt entered the 2019 NFL Draft where he was selected in the fourth round by the New England Patriots, becoming only the second native of Denmark to be drafted by an NFL team. 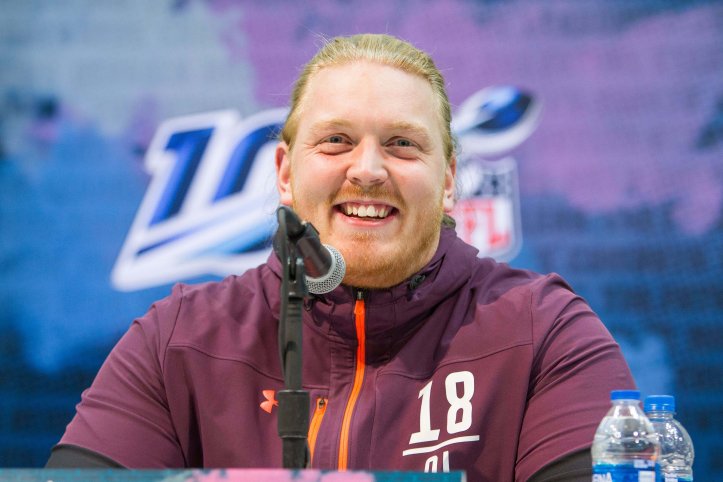 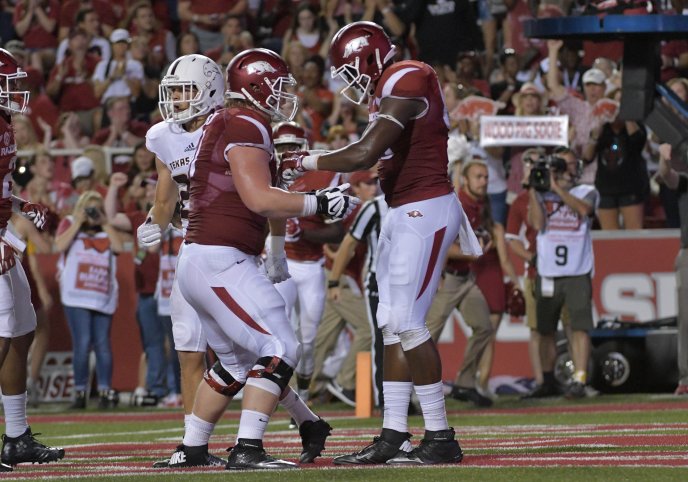 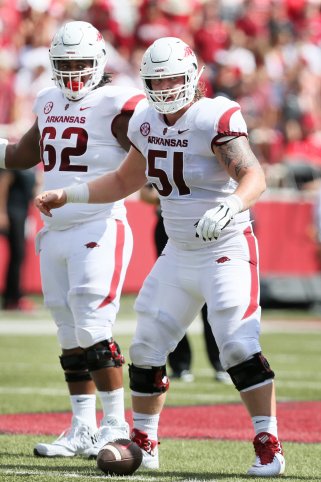 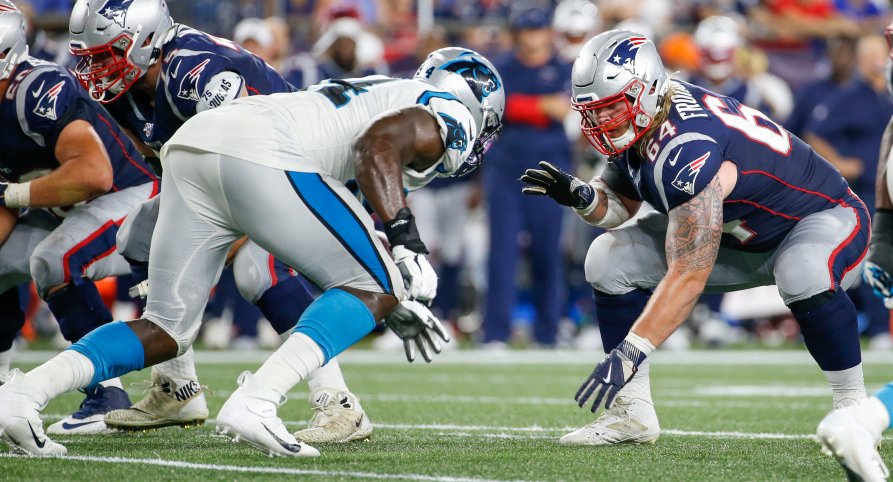 RT @RazorbackFB: Big fellas appreciation post The Hogs' offensive line unit is one of 19 on the midseason honor roll for the @JoeMooreAwar…